This weeks For The Record comes from a band, that contributor Gabriel Ebulue often feels doesn’t get the tremendous credit they deserve: The Cribs, with their 2007 release Mens Needs, Women’s Needs, Whatever.  Just a part of the bands huge fan base, Gabriel delves into why The Cribs third album is rightly so, a ‘classic’. Taking a look at an album that formed his youth by dissecting the record track-by-track, unpicking the arguably genius simplistic lyrics and the addictive riffs that made Men’s needs, Women’s Needs, Whatever, exactly what it is.  Best turn this one up. 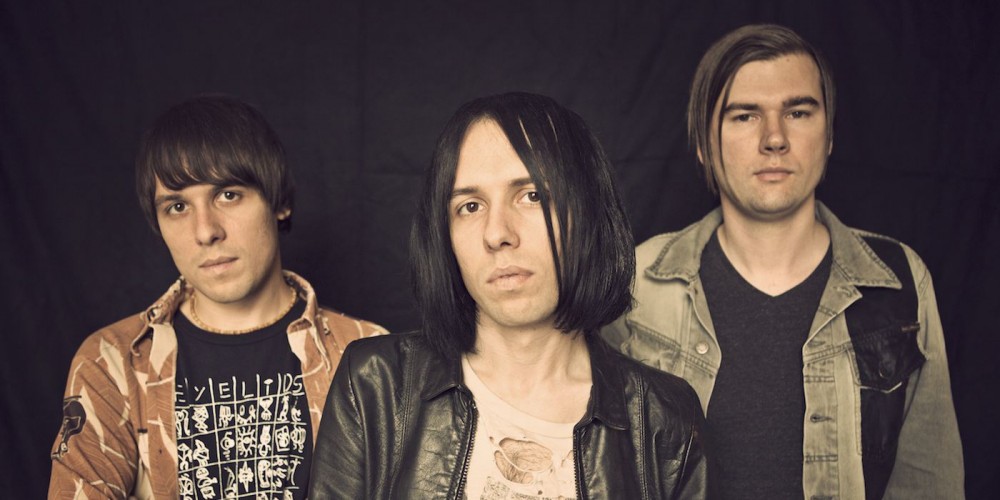 The Cribs are a band that is shockingly underrated. Despite constant praise from the music press, despite having a large and loyal fan base, and even despite the fact that they have had some chart success, you still can’t help but feel that The Cribs are a band that doesn’t quite get the credit they deserve. And nothing encapsulates this more than their third studio album ‘Men’s Needs, Women’s Needs, Whatever’ released in May of 2007. If you ask any Cribs fan (myself included) most of them will tell you that ‘Men’s Needs, Women’s Needs, Whatever’ is a classic Cribs album, but the truth is, it’s a classic album, full-stop.

I first discovered The Cribs in the summer of 2008, and shortly after seeing the music video for ‘Mirror Kisses’ from their second album ‘The New Fellas’ I walked into my local record store with the intention of buying every Cribs album they had. Unfortunately, they only had one album in stock, and while that album didn’t contain ‘Mirror Kisses’ I was still pleased to get anything Cribs related.

As a shameless music nerd, I was incredibly excited when I returned home with my new CD. You know that wonderful feeling you get when you meet a new partner, you feel like they are the one, and you can’t wait to find out everything about them? Well, if you triple the intensity of that feeling you will be halfway to understanding the sheer joy I felt as I put ‘Men’s Needs, Women’s Needs, Whatever’ onto my dusty disc tray and pressed play for the first time.

A second after I pressed play and before I could even sit down to comfortably enjoy my new purchase, ‘Our Bovine Public’ charged out of the speakers, grabbed me by the shoulders and shook me into a state of slack-jawed awe. The blistering opening track to ‘Men’s Needs, Women’s Needs, Whatever’ is the sharpest and most succinct opening statement I had ever heard on any album.

‘Our Bovine Public’ had me hooked, and at a running time of just over two minutes I didn’t want the song to end, so I played it three more times before listening to the rest of the album.  And it got even better with the second track ‘Girls Like Mystery’, the addictive riff and the relentless drums made me realise that at just two tracks in, I was listening to something truly special.

When you listen to an album that begins so well, you find yourself wondering when the dip will appear; when will that forgetful B-Side rear its ugly head and ruin all the fun? And that’s what was going through my mind as the last chord of ‘Girls Like Mystery’ was struck, but then ‘Men’s Needs’ began and I had to check the CD case to make sure I hadn’t picked up a greatest hits album instead of a regular studio release.

With a riff to kill all other riffs, ‘Men’s Needs’ is one of The Cribs most popular songs, giving them one of their highest positions on the UK Singles Chart. And it’s easy to see why, because like so many of their songs it perfectly captures the essence of the scene in which it was conceived while transcending it at the same time. It’s quite frankly one of the best Indie Punk songs you are likely to hear; but as a testament to their greatness it’s not the best song in their discography, it’s not even the best song on the album.

By this point, I knew I was a Cribs fan for life and I was elated by the realisation that I had just discovered my favourite new band and my favourite new album in a matter of hours. All other records faded into non-existence and I repeatedly played ‘Men’s Needs, Women’s Needs, Whatever’ for the next few weeks. With each listen I learnt something new about the band, the album and myself. Songs like ‘Moving Pictures’ and ‘I’m A Realist’ not only showed off their skills for writing a great riff and having a tight rhythm section, it also showed off their skills as lyricists.

“I’m a realist. I’m a romantic. I’m an indecisive, piece of shit” there was something about those lyrics that spoke to me, made me laugh and made me question myself all at the same time. Just like the opening lyrics to ‘Women’s Needs’: “In a radius of a thousand miles, I find it strange no one makes me smile”. The songs on ‘Men’s Needs, Women’s Needs, Whatever’ have a way of sticking with you forever, in a way that goes far beyond simply identifying with teenage angst. And no song on this album sticks with me quite as much as ‘Be Safe’, one of my favourite tracks on the album and a staple at their live shows.

The Cribs- I’m a Realist

It’s a unique song; Lee Ranaldo (of Sonic Youth) reads a beautifully acerbic poem that opens with the line: “One of those fucking awful black days when nothing is pleasing and everything that happens is an excuse for anger”. The Jarman twins repeatedly chant “be safe” only stopping to cry out “I know a place we can go where you’ll fall in love so hard that you’ll wish you were dead”.

Few songs that are so endlessly bleak fill me with such unbridled joy. ‘Be Safe’ still makes the hairs on the back of my neck stand up, whether I see them playing the song live or I happen to be listening to the album, I can’t help but be taken back to the first time I heard it. And that’s a trend throughout this record; every song on ‘Men’s Needs, Women’s Needs, Whatever’ has managed to burrow their way into my psyche.

The Cribs-Be Safe (Live in London)

Whether we like it or not we tend to leave behind some of the music we loved in our youth. It’s a sad part of growing up; we dress like adults, get a real job and pretend to like experimental Jazz because our new grown-up friend recommended it. However, we all have that album we fell in love with as a teen that remains a prominent part of who we are as a person; for me, that album is ‘Men’s Needs, Women’s Needs, Whatever.’