I think that we all have at least one album in our collection that makes us think, “How did this not conquer the music world?”

I have to take you back eight years to 2006 for mine. Eight years ago I stumbled on Accidents Occur Whilst Sleeping by Lupen Crook and it has never left me. The album artwork (by Crook) alone fascinated me. Scattered sentences thrown in with overlapping bizarre images. I cannot recall the exact moment that I discovered his music but I will be forever in his debt that I did. The raw, honest way that he approached this album gave substance to a music scene that at times seemed a little superficial to me. In fact, Crook remains the daddy of dark, twisted folk to me. 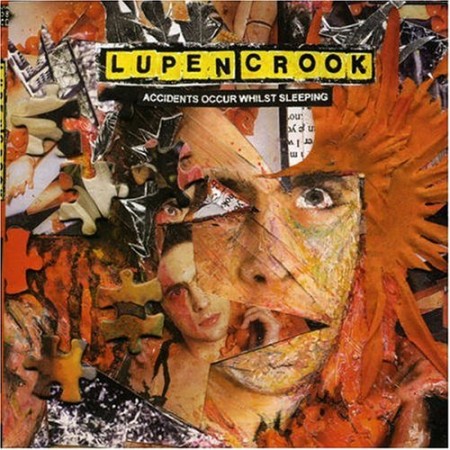 I met him once in a small folk club somewhere in London and he was charming and polite. He was on the bill to play and, of course, delivered a mesmerising set in an effortless fashion. I had part-interviewed him on a previous occasion (a long story) and decided to introduce myself to him after the gig and remind him of it. He said he remembered me. Whether he was being polite or not does not really matter. They say that you should not meet your heroes but Crook is my anti-folk hero and was a joy to meet in the flesh.

2007 was a mixed year for music (what year isn’t?). The X Factor somehow topped the album charts via Shane Ward and The Strokes got their first number one album. Smash Hits and Top of the Pops exited the music world and the likes of the very annoying ‘It’s Chico Time’ filled the radio airwaves. Albums like Crook’s were flying under the radar and were being lovingly cradled in my hand. Accidents Occur Whilst Sleeping was the first but by no means the last of Crook’s album releases. As I type this Crook is still very much with us and has established himself as a fine artist who has never bowed to compromise. His latest release was in 2012 with British Folk Tales. Both his solo work and releases with The Murderbirds should be explored by all.

As debut albums go, Accidents… is nothing short of startling and brave and remains so. There are fifteen tracks on this album and they are all so different but they all have one thing in common: the themes running through it are by no means easily accessible. This album is like dissecting the brain of a mentally troubled person. There are moments of reflection, revelations and clarity being held together by the dark side of us all.

The opening track, ‘6 Equals 8… the Remainder of a Formula Self’ starts with a gentle guitar as Lupen sings “I’ve got plenty of songs in my suitcase of stories” and he is as good as his word. As the track progresses the music becomes menacing and the vocals grow angrier as Lupen advises, ‘You’d better run for your life, kid, the whole world’s gone to pot (s) pans and pieces.’ It is a short, unsettling affair and I am not sure what I am meant to be running from, I only know I want to hear more.

The track that follows, ‘Here 2 B Friends’, does nothing to lighten the mood. Taking people against their will and sex toys are part of the subject matter. For a debut album it is not playing the safe game. Nothing is off the menu. It becomes obvious, quite quickly, that Lupen Crook is not one for subtlety. There is a crippling honesty lurking in the lyrics also as Crook says, “I’m pretty awful when I’m thinking” and at the end of the song he reminds you that, “I’m a bit of a bastard when I’ve been drinking.”

‘Love 80’ is an upbeat affair but do not let the music fool you. The opening lyrics, “Who’d have thought your daughters would be liars and cavorters?” reminds you that this is no easy-listening outing. This track is going to be as intense as the song it follows and the ones to come.

‘The Great Fear 2008’ starts with a sinister giggle and is littered with fantastic lyrics such as, “I want to light little fires in the eyes of the living.” Who needs William Wordsworth when Mr Crook is in town? And as he ends the track saying, “Enough is enough is enough of this.” I totally disagree. I am hooked.

‘Dead Relative’ is a jolly musical affair in total contrast to the title/lyrics and is split into two songs. It conjures up images of the circus and Victorian curiosities for some reason. At what appears to be the end of the song, the music stops, a crowd is heard laughing and then Lupen sings over and again, “You are the light of my life” to one of the prettiest musicical compositions I have ever heard.

Then the next track, ‘Wendy’s House’, begins with fingers clicking like it’s a scene from West Side Story. It starts softly just like the opener but you know by the lyrics that it is the calm before the storm. As a range of instruments start to build up including a kazoo, Lupen starts demanding, “I want answers.”

The disturbing ‘Daughter’s Day’ has Lupen “la la la-ing” and ‘Knives n’ Pliers’ has an almost psychedelic ’60s feel to it as Crook says, You’re the type of guy that don’t leave a letter or make that one last call.” We all know at least one of them. 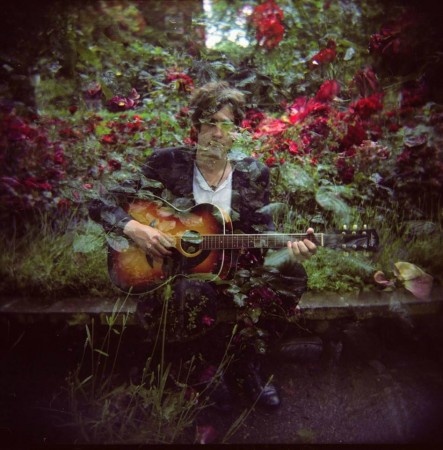 ‘Better Left for the Poorer Right’ is my favourite song on the album and probably the most accessible. The opening sentence, “I pull apart the present, I climb inside the box” remains one of my favourite opening lyrics to a track. Of course because it is Lupen even the accessible songs have to bring hell into them. “The devil you know is just as scared as you” Lupen tells us as guitars dress the lyrics.

‘Matilda V’ is quite a sweet affair with a haunting harmonica flowing through it. It begins with “Beauty bleeds from every pore” but by the end of it Crook is shouting, “When you gonna marry me?” It is almost like he wanted to create a romantic song and then decides to crush it.

‘The Spastic Society’ refers to “the day that they hanged Billy Childish”. This is a play on words if Lupen is referring to Childish, his fellow Kent genius, for Childish is still very much alive as far as I know.

‘Shark Fight’ probably hosts the most shocking lyrics of the album, the tamest sentence being “You were the soul of the party, the fight and fuck machine,” while the track that follows, ‘Indigenous Syringes’ sounds like it is straight out of a country and western film. The word eclectic springs to mind.

‘Soviet Bones’ is a completely different affair with cheerful lyrics such as, “I’ve got a pretty bow to hang myself.” Like in other songs, Lupen seems to want to take beautiful things and reconstruct them in an almost diabolical way. I remember reading somewhere once that Crook felt that this album was perhaps a little over-ambitious. In some ways I can see where he is coming from as it seems to adopt so many different music styles with each track sounding nothing like the next. The only constant being Crook’s unmistakable vocals. I also got the impression at the time that the ebb and flow of the album frustrated him. As I listen to it today I see it in a different way to that. I love this album because it is “broken” and does not allow each song to blend into the next.

The last track on offer, ‘Black Candles’, is a sombre affair and perfectly winds things down. Lupen will not leave you with a positive note. You will have to listen to another album if you want a happy ending.

Of course by exploring Accidents…, I have kind of answered my own question at the beginning of this. Albums like this do not conquer the music world because the music world will not allow them to. They can conquer your world but to penetrate the safety of the mainstream? It would need more than an explicit sticker to censor the content of this album. The lyrics are not just a bunch of expletives strung together to offend or shock. This album is a lot more damaging than that. It insists that you lift your everyday mask and look at the real you and see all of your shortcomings and dark thoughts.

At the back of the album’s booklet there is a definition of the word “mediocracy”. I had never really paid much attention to it but it seems so relevant now. Accidents Occur Whilst Sleeping is everything that mediocracy is not. It is a musical triumph, a stain on the safe options that music can churn out. This was the real deal when I first listened to it and remains as fresh and complicated as that first time. May it never sleep. May you find it on purpose or by accident. May it find a way into your nightmares and show you how thought provoking and life changing an album can be.