Have you ever tried to standstill to a track by The Prodigy? It’s physically impossible. Fact. The punk rave pioneers have been creating dance worthy hit after hit since the 90’s and, thankfully, show no signs of slowing down. Gigslutz writer Oliver Hope talks us through why the third album instalment from the “the godfathers of rave”, The Fat Of The Land is still just as impactful (and mental) today as it was on its release in’ 96.

Flashback to the early 1990’s, the rave scene is booming and club culture is growing. The hottest acts in the world are from the universe of grunge and dance music. Nirvana are emulating the atmospheric sound of grunge music across the airwaves and the era of disco and cheesy pop are slowly dying out. It’s time for the underground music scene to fight back and resurface. Club nights fuelled by the string and availability of recreational drugs are on the rise. People were crying out for more and more, so up stepped The Prodigy. The Fat of the Land is still arguably their greatest album ever released, the success of it threw the band into the spotlight, where they have remained since. The Prodigy were known as a band who would give the government the two swearing fingers, a giant “Fuck you,” to the idea of them trying to crack down on the rave scene. Their album, Music For The Jilted Generation, gave them their initial platform to showcase this. They gave the rave scene a darker edge, a polymerization between two genres, a combination of grunge and rave, it worked perfectly. 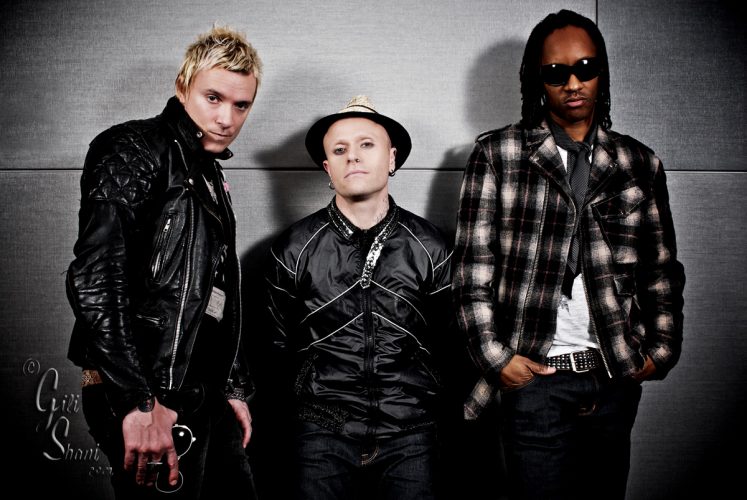 How do you kick off and album that will define a generation?
“Change my picture, smack my bitch up!” Smack my bitch up. What a way to open an album. I own this album on vinyl and quite often find myself stopping after this track, lifting the needle and starting the whole thing again, the song is just that damn good. It’s harsh, grimy and has a ridiculous level of bass. Jump down into a deeper and disturbing land. Go darker, introduce that grunge range and showcase just how versatile your music can be. “Breathe with me” Breathe, is a timeless classic. The bass levels of my speakers are very well tested once this song arrives, it has been known to blow speaker systems during performances, the bass is that harsh. The video to accompany the song is like a visual representation of paranoia, the characters convulsing, representing characters more associated with Dante’s Inferno rather than a British band. Keith’s wild and spikey hair is now legendary, his body convulsions mesmerizing. This is as dark as it comes, you think you have seen grunge before? Think again.

For much of the 1990’s The Prodigy were considered to be the largest and loudest live band on the planet. This is exhibited perfectly with their performances in Moscow and Glastonbury. Their performance in Red Square is now taken a legendary position in the realm of live performances. This band were the antidote to the raved up and acid house hungry audience of the 1990’s. Fat of The Land sold over 8 million copies in one year, the band had two consecutive number one singles with Firestarter and Breathe, they were just going from strength to strength.

Diesel Power gives off vibes of a more funk orientated beat. It still has elements of darkness associated with it, but you can tell the difference straight away. The percussion heavy song is a great break between the breakbeat songs and is very welcoming. Funky Shit, well one of those words are correct, it sure is funky and far from shit. I feel like this is a forgotten gem of the album, sandwiched between Smack My Bitch Up, Breathe and Firestarter. Funky Shit is the quintessential sound of the 1990’s, the piercing sirens accompanying the pacey bass samples give you the atmosphere of a strobe light filled room full of people in pure euphoria and ecstasy. Serial Thrilla keeps the pace is kept high and the feeling of that early 90’s euphoric dance movement is strong.

It took as long as 15 months to produce the album after Firestarter was produced. The beats had altered from a faster, techno beat to a darker and laid back hip hop approach. Yes, the beats were still heavy, but it was a lot less reliant on the influence of sythns and techno beats. The only “throwback” of sorts was Funk Shit. The high pace and techno beats are reminiscent of their previous albums, but for the most part, The Fat of the Land is a reinvention, a new beginning and a sign of things to come for the band. Instead of the odd lyric being thrown in here and there, like on previous albums, Keith Flint and MC Maxim take control, spitting bars and siting lyrics throughout. This is not a bad change, in fact, it is a good change. The whole album feels more complete than its predecessors.
Mindfields continues of from the song Poison, what can summarise this song perfectly is its appearance in the cult classic film The Matrix, Neo has discovered he is wanted by Morpheus and follows the white rabbit. He ends up at a nightclub, where he encounters Trinity. This is where the song is heard. The nightclub is dingy, filled with questionable, leather clad characters. It’s dimly lit and only sees the light from the flashes of the strobes, or the dimly lit seated areas. The people in the club are dancing and body popping, many wearing high leather boots and sporting spiked hair or shaved heads. Its grotty and dark, it’s perfect for this song.
There is a hidden diamond amongst the rough and my favourite song on the entire album. Nine minutes of pure excellence from Keith Flint, Narayan. We hear the opening piano keys that associated the gradual and slow build of the intro. You can sense the darkness but the keyboard overtones are somewhat calming, ever so slightly hypnotic, and soothing in a way. You really get a sense of relaxation here that has been unseen throughout the album, most notably towards the end of the song when everything halts for a minute, with only the tribe like chatting being heard. It’s a stroke of genius, Liam has taken a risk and it has worked perfectly.
“I’m a Firestarter, twisted Firestarter.” I don’t know how I heard it, let alone learn the lyrics, but I have known this song for as long as my memory permits. It goes to show just how popular it was because there is no way at all that The Prodigy were being played in my house whilst I was growing up. Firestarter will engulf all your feelings and take you on a musical journey. The video is notable due to Keith running around what seems to be the pipe systems of a viaduct, or perhaps an abandoned London Underground tunnel. A true symbolism of the underground and dark nature of The Prodigy. This song is the best selling Prodigy song to date and you can see why, the beats are large, harsh and in your face.

The album is rounded off with two gems, Climbatize shows that the group are willing to be experimental. The subtle hints of the emerging bass scene that was evolving in the Middle East are showcased here. The lyrics are associated with flutes and percussion. It is experimental but it works well, it’s a nice song to cool down from the ferocity of Firestarter, if you can call this cooling down. Fuel My Fire is a homage to the punk movement. Keith just has that voice which is perfect for that genre and this song showcases it so well. It’s a true middle finger to conventionalism and is a great way of showcasing the true diversity of music. If you want to look how far the scene has evolved in just ten years, here is the perfect example.
The Fat Of The Land boasts ten strong tracks. Whilst mainly being catered to a bass genre loving fan I feel this can be one of the most musically diverse albums of all time. You ask most people to name a Prodigy song and it will usually come from this album. It has become that universal. It is a true gem of the 1990’s and summarises a decade of divergence and change so well. It shows a big fight against conventionalism, and showcases the feeling people were conveying against the government, a giant “Fuck you, let us do what we want.” A true masterpiece that just has to be listened too in its entirety. If you would like to have generation X summarised by one album, here is your winner, seek it out and enjoy it. It is heavy enough, in modern day terms, to appeal as a rock album. At its core, it is a dance album, but the modern definitions of genres have been somewhat tilted. If this is classed as Rock music, it also falls into the same category as Coldplay (yes, Coldplay are considered Rock by the Grammy’s). The album helped electro and hard beats make a massive comeback into the mainstream. It was influential and inspirational across the world, they gained a global fanbase who remain to this day and show just how great the album really was.

COMPETITION: Win A Pair Of Tickets To Common People