The Madchester years were full of colour, vibrance and youthful energy. Being 15 in 1990 I was abit too young to enjoy gigs taking place in 1989, although I was an avid listener of the music but didn’t fully embrace the full movement until 1990 when I attended gigs wearing 28’’ flares, baggy tops and massive bowl haircut to match. Maybe if I was in the right place at the right time I might’ve been lucky to be snapped by Richard, or maybe lucky for the readers of the book they have been spared a picture of me with what can only be described as a mop on my head, a big mop. 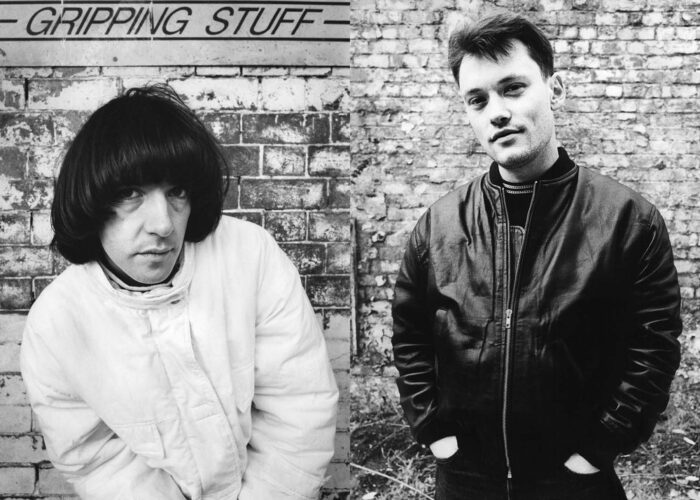 Of this fabulous staple bound 36 page book there are some classic snaps from gigs of the day that have gone down in the folklore of the period. The Happy Mondays played one of the loudest gigs of the time in the UK at Leeds United Elland Road football ground with a stellar support of Stereo MC’s, The La’s, The High and others. The front cover of the book features an as you would expect wide eyes and manic looking Bez on the front cover up on the stage at the jam-packed event. There are further pictures from the day featuring crowd members adorned in Joe Bloggs and ‘On the seventh day God created Manchester’ t shirts adorning the hipsters of the day. 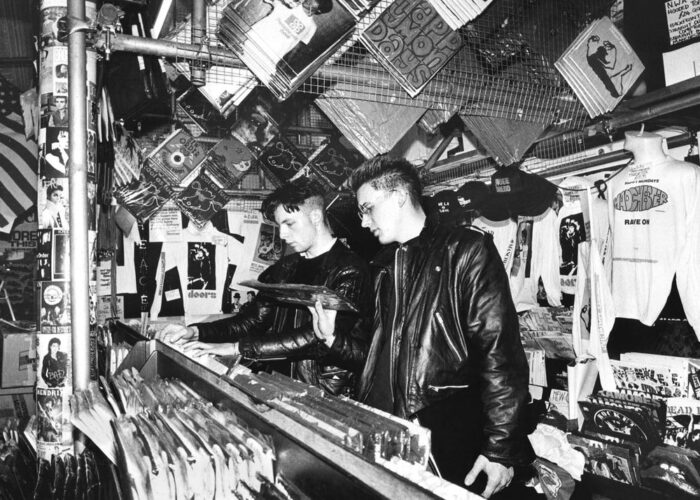 Whilst this event was widely regarded as a high point for the Monday’s further moments in history covered in the book include Liam Maher (RIP) and Barry Mooncult up on stage at the PSV club, Manchester. This gig was filmed for posterity by Granada TV with the lads from London ripping through a tight set of The Clash and Happy Mondays numbers. Duel headliner for the night Northside also feature here, the band stood outside the venue full of youthful exuberance, grinning ear to ear, poignant to see guitarist Tim Walsh (RIP) full of eager joy in his fresh looking face. 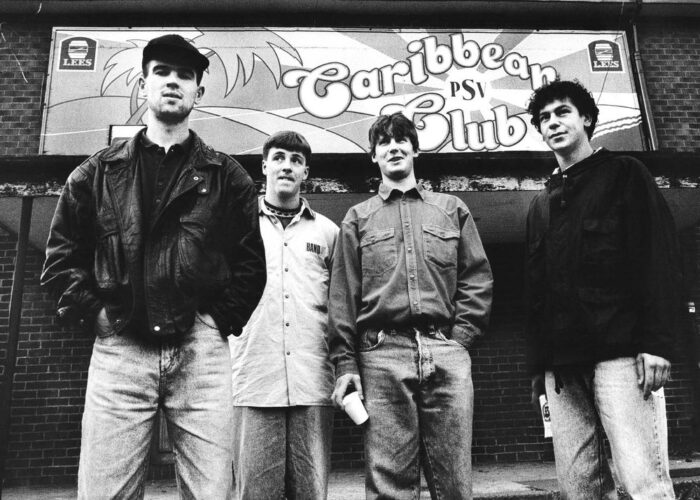 There are more equally stand out pictures including Liverpool’s The Farm draped in their best Timberland clobber; Afflecks Palace interior looking like exactly how you would want the place to look: head to toe in adorable vinyl, t shirts, memorabilia and much more; 808 State are seen backstage baseball caps worn and A Certain Ratio’s Jez Kerr and Denise Johnson (RIP) depicted in suitable acid house attire of jogging bottom, shorts and whistle in mouth. There are DIY artworks from this bygone era including rough and ready Hacienda graffiti littered all over the northern quarters as well as the well-known Happy Mondays wall papered building.

Whilst small in its paged content the excellent work of Davis is well worth the asking price here, no doubting many have already rushed out to purchase their copy, don’t miss out on purchasing your copy of this collectable masterstroke.

This Feeling Track of the Day: Cian Downing ‘Don’t Go Away’

This Feeling Track of the Day: Headshrinkers ‘Monocle’