After a 3 year absence the forever popular Splendour festival made a welcome return to the lavish lawns of Wollaton Hall, Nottingham, over the weekend of 23rd & 24th July. Following event cancellations due to the ongoing Covid restrictions the double day celebration, an extension of the normal single day event, brought together a variety of acts spanning different decades of appeal and musical genres. Saturday heralded some local talent on the early slots on the stages, Cucamaras were a particular exciting punk explosion of youthful energy as the days sunshine shone brightly over the gathering excited crowds.

M People’s distinctive vocalist Heather Small played a hits package over on the mainstage to a jubilant crowd, all those much played soft house classics including One Night In Heaven, Moving On Up and Search For A Hero had the camper chaired attendees up on their feet. The last time I saw Sleeper was when they supported Blur on the opening night of their lauded Parklife tour at Nottingham’s Rock City. Fast forward 30 odd years the band gather on the Confetti stage to play an exhilarating set, Louise Wener sparkles in a glitter-laden skirt as the rest of the band fulfill their duties like Blondies backing band. 90’s indie dancefloor smashes Inbetweener and Sale Of The Century are greeted like all conquering heroes welcomed on stage.

Some much needed Ska was played out in fantastic fashion by 70’s heroes Selecter. Pauline Black looks the same as she did when the band appeared regularly on Top Of The Pops, their stellar hits On My Radio, 3 Minute Hero and James Bond getting a run out. Band regular Arthur ‘Gaps’ Hendrickson whips up the rude girls and boys into a frenzy with his breathless gee up’s, his suit drenched in sweat by the end of the set. Pop royalty Belinda Carlisle baths the first day’s festivities with her ageless beauty, her songs are as beautiful and ageless as their hitmaker. Circles In The Sand, Heaven Is A Place On Earth and I Get Weak remind all in attendance how brilliant and in some circles underrated Carlisle is especially when she drops in conversation that George Harrison played on the studio versions of her tracks.

Supergrass bound on the stage to a tripped out psychedelic version of Lucy In The Sky With Diamonds, whilst this intro track might split the crowd who had just enjoyed a DJ set by Craig David, there’s absolutely no getting away from the shear class of the 4 piece. Playing a similar festival set to the one they played at Glastonbury, opening with the law breaking Caught By The Fuzz, Madness frenzy Mansize Rooster and stomping belter Richard lll, the band are the real deal when it comes to breaking the mold of the also rans. Continuing with Grace, Sun Hits The Sky, Moving and the curtain calling P(h)umping On Your Stereo, a breathtaking knees up was enjoyed by all cool cats in attendance.

Headline slots for Saturday night were taken by Richard Ashcroft on the mainstage and The Vamps on the Confetti stage. Both acts have their highpoints as they play out the hits, Ashcroft in cricket hat and Adidas top converts The Verve favourites The Drugs Don’t Work, Sonnet and Bittersweet Symphony into crowd anthems whilst 2010’s teen favourites hit the stage to Married in Vegas before serenading audience members that had been at the front of the stage waiting for their heroes with further energetic numbers All Night, Can We Dance and Somebody To You.

The second day is upon us as soon as you can say Melanie C who looks like she’s come fresh from a session with Mr Motivator, dressed in sports gear as she sings and croons on stage some Spicey hits including 2 Become 1 and Who Do You Think You Are. A particularly stand out moment on the main stage comes when Nottingham’s very own Vicky Mcclure and her Dementia Choir hit the stage to sing some tunes with Tom Grennan. Hearing stories of upliftment and joy that has been had from everyone’s involvement in the choir is especially poignant. Similar to Supergrass, Razorlight are back with a bang with their original line up including the frenetic Andy Burrows back behind the kit thrashing the living daylights out of his snare, the rest of the band do energetic The Jam like scissor kicks as they delve into their back catalogue which includes Rip It Up, Stumble And Fall, In The Morning and the euphoric America.

Over on the confetti stage the Sunday service continues with Madchesters finest The Happy Mondays. Some tragic news hit the band in the build up to the gig, bassist and brother to Shaun Ryder, Paul ‘Horse’ Ryder sadly and tragically passed away. Whilst the news was met with many heartfelt and sincere tributes today the band play a blinder. Mark Day, Gaz Whelan and bass stand in Mikey Shine are full of that crazed punk funk the band were famed for. 24 Hour Party People, God’s Cop, Donovan, Kinky Afro and Step On are all greeted with euphoria. The set has Bez wearing what feels like all the hats the crowd are wearing, he beckons the audience to throw their attire onto the stage which they duly do and Bez adorns everything thrown his way with that big grin of his cheering the heart of many. There are tennis balls flying all over the stage, a football enters the fray at one point as does ex-Burnley manager Sean Dyche who tries to do his best Bez. A totally bonkers set but what else did you explect!?

Back over on the main stage The Human League have a stage set up aka Kraftwerk, keyboards and an electric drum kit on a high rise with Phil Oakey prowling the stage like someone who’s just had the shackles broken. To his right and left the ever-present dancing divas Joanne Catherall and Susan Ann Sulley make a cute scene with their dance moves straight out of Sheffield Saturday night dancefloors. The bands set is littered with electro classics; Mirror Man, Open Your Heart, The Lebanon, Human, Love Action, Together In Electric Dreams are all greeted with love, however the final stampede of Don’t You Want Me leads the thousands in attendance into a karaoke sessions of mammoth proportions.

Curtain closer on Sunday night on the main stage is Anne Marie, whilst over on the Confetti stage 90’s champions Ocean Colour Scene sprinkle a dusting of magic over their adorers with their much loved hits. Anne-Marie was serenaded before she entered the stage with the crowd echoing her name across the fields. Her songs don’t hold any pretentious qualities with a good old sing-a-long for all, as the day turns to night. Ocean Colour Scene on the other hand are an altogether different beast. Opening with their 90’s rebirth classic Riverboat Song, as the song closed Steve Cradocks guitar packed up, fortunately this was eventually fixed with the bucket hat wearing crowd fully embracing Simon Foxlers pipes as his blues voice echoes The Circle, Lining Your Pockets, Profit In Peace, Get Blown Away and the finale of The Day We Caught The Train.

Whilst leaders in positions of power continually denounce the huge power, goodness and force of nature of music, the working man and woman of the world, at this specific time in Nottingham, reap the rewards of embracing their favourite movers and groovers. Yet again the organizers of Splendour have worked miracles to bring some of the very best to the back garden of Batmans lodging, here’s hoping the caped crusader will allow for further classy bashes to be held on the same greenery next year.

Splendour festival can be found here

Credit for all of photos is Jake Haseldine 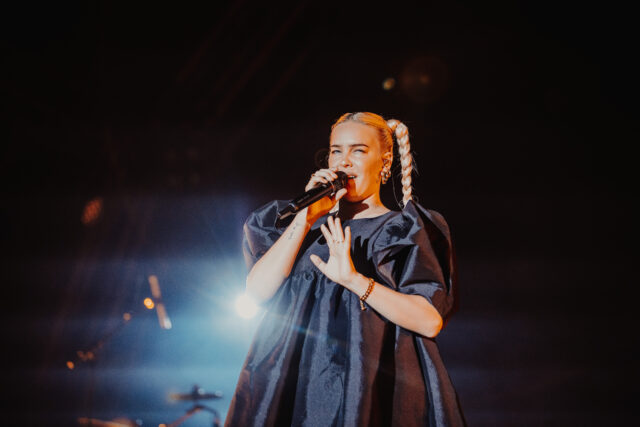 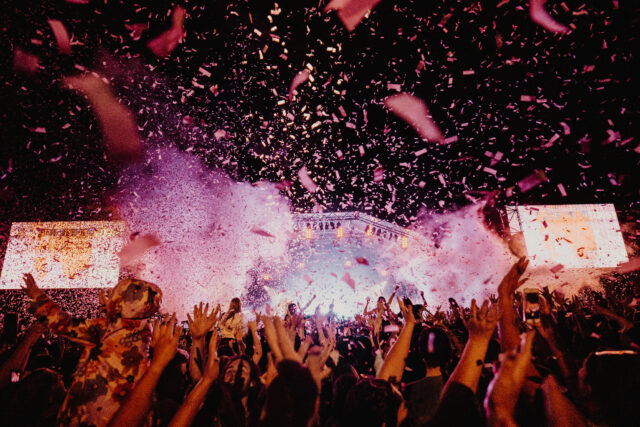 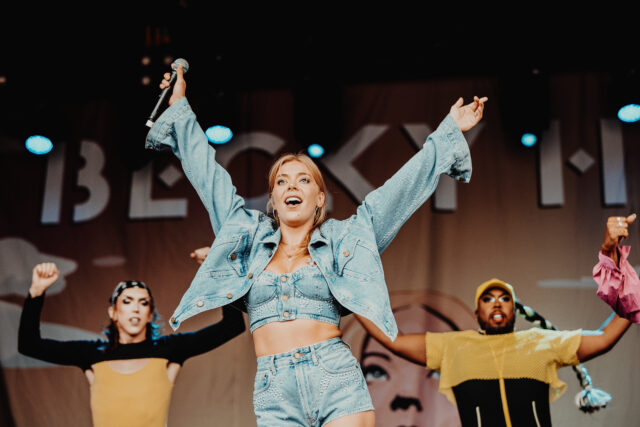 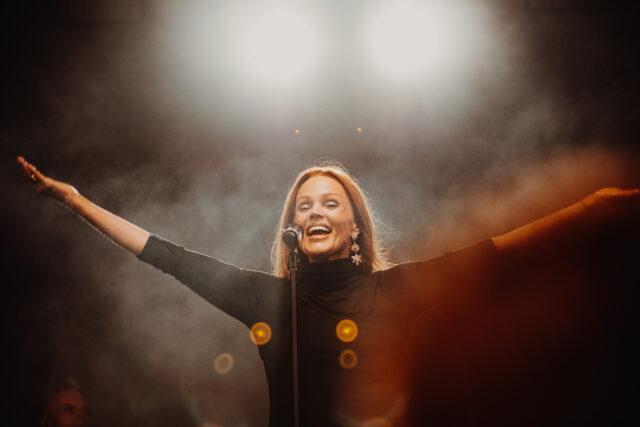 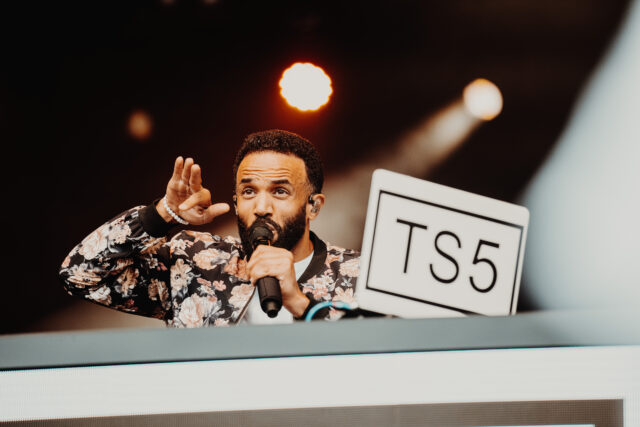 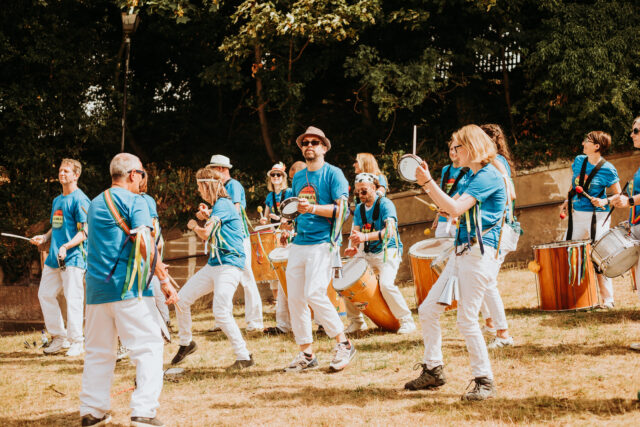 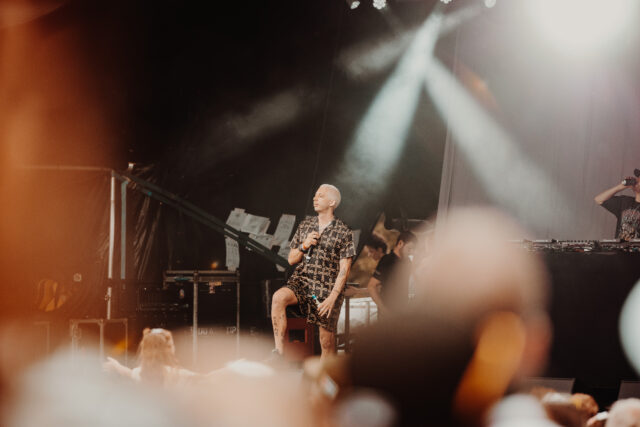 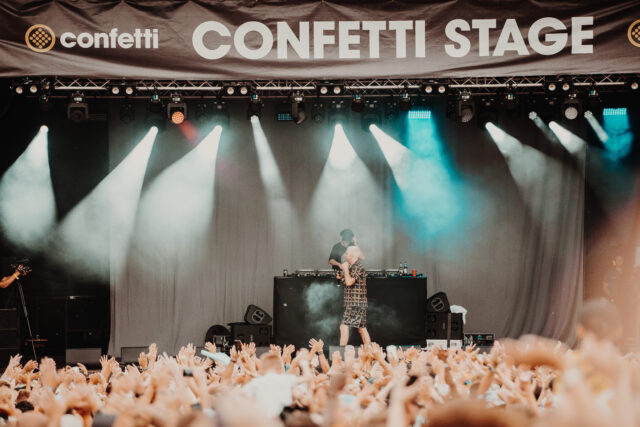 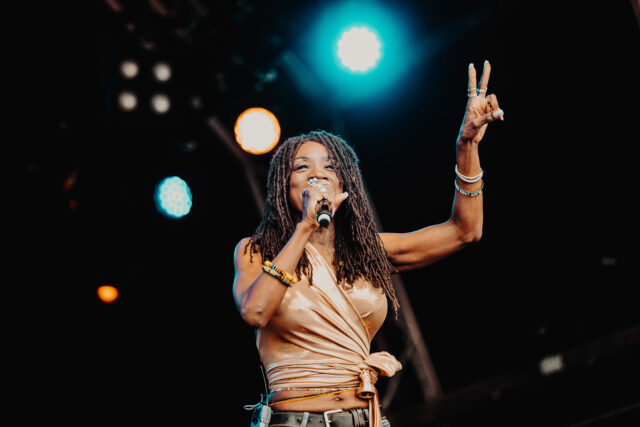 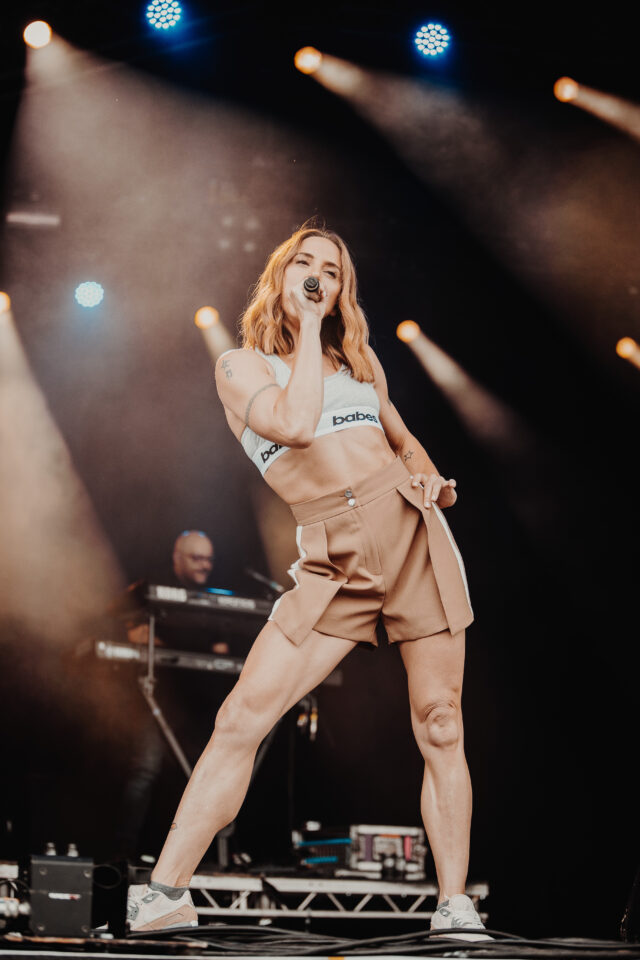 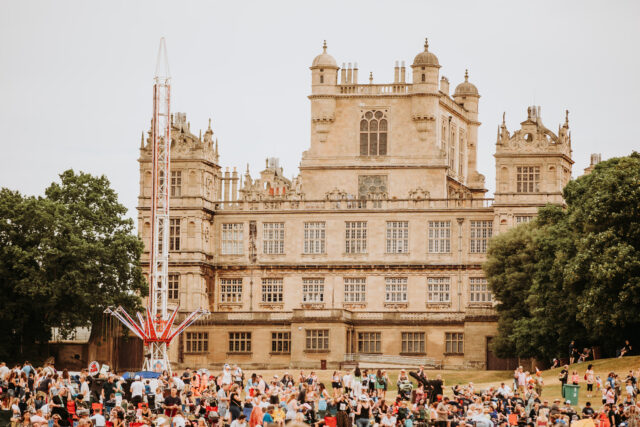 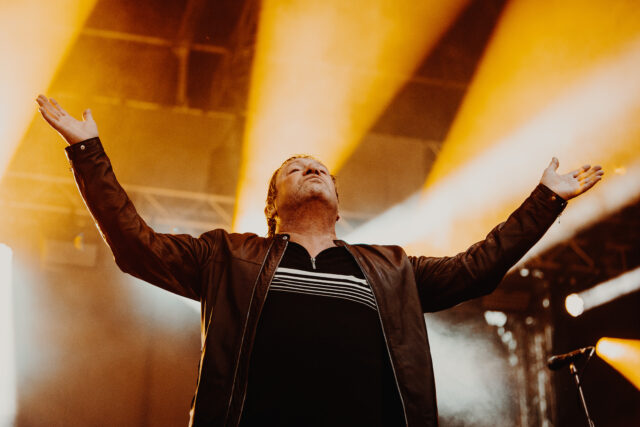 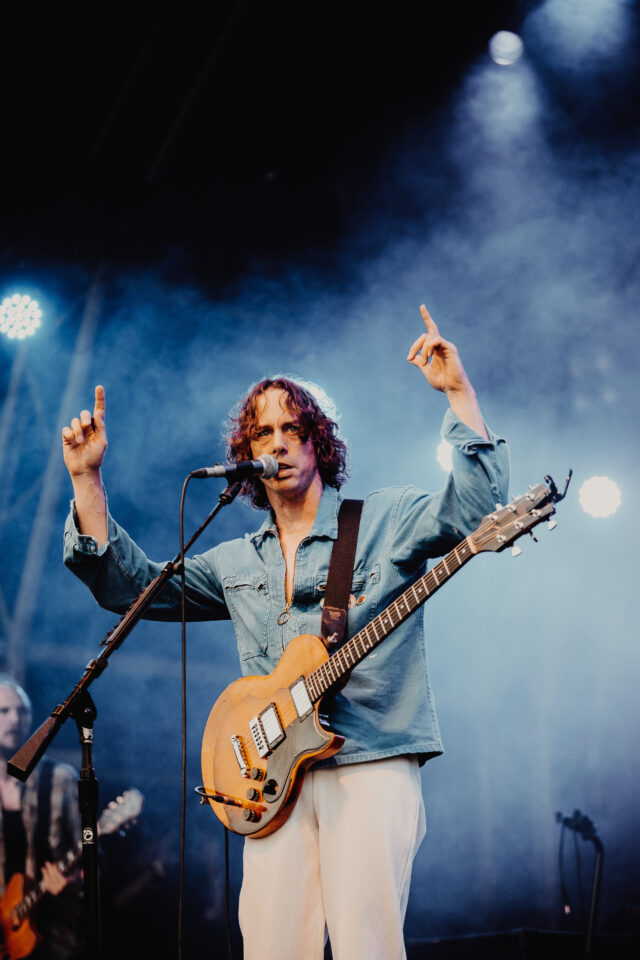 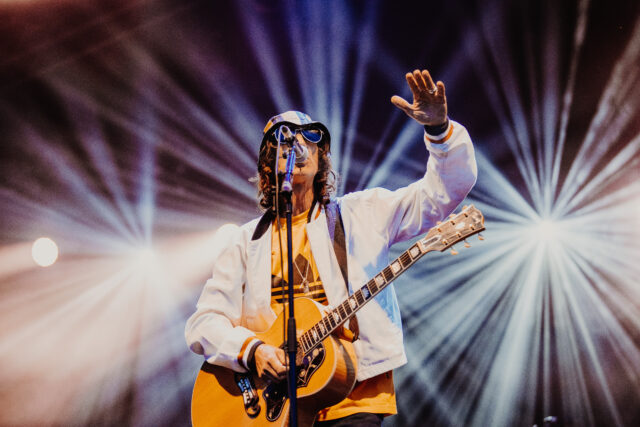 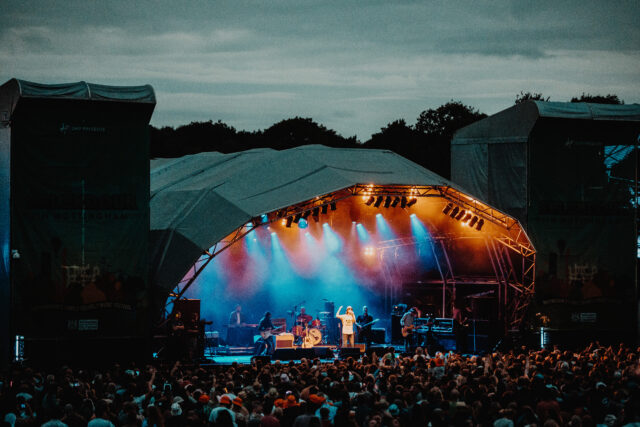 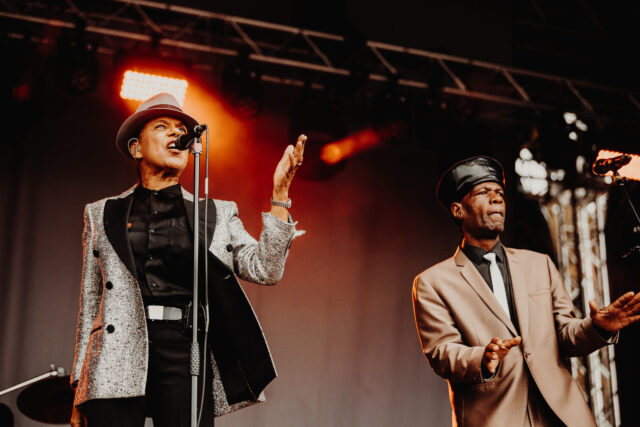 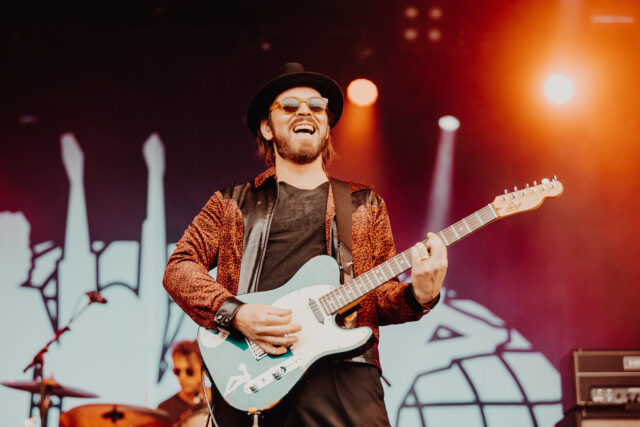 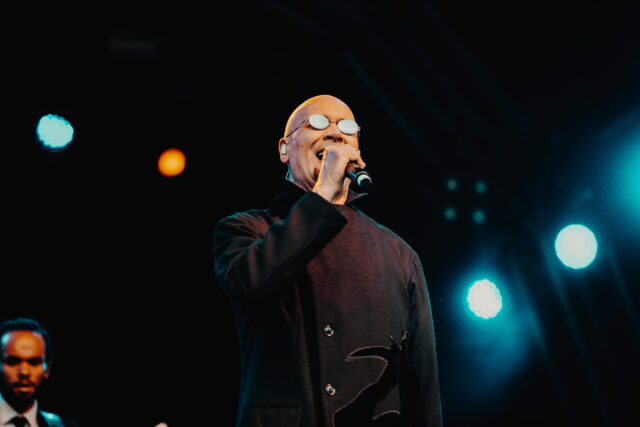 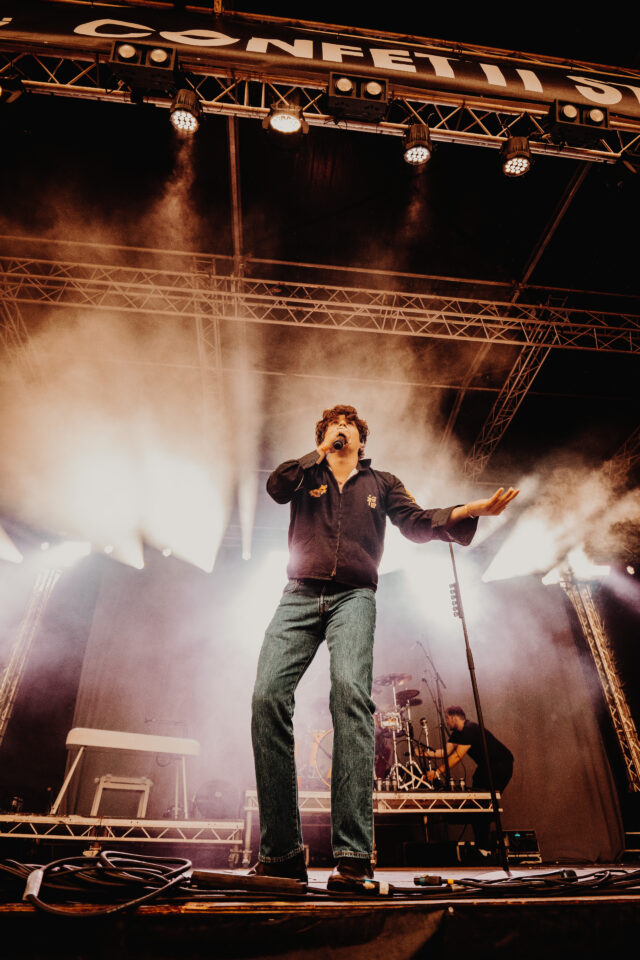 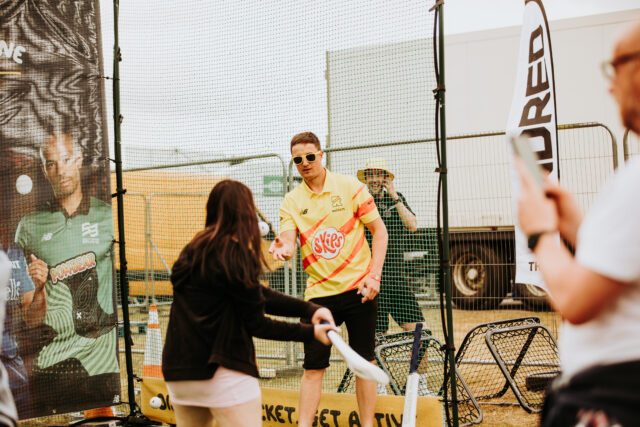 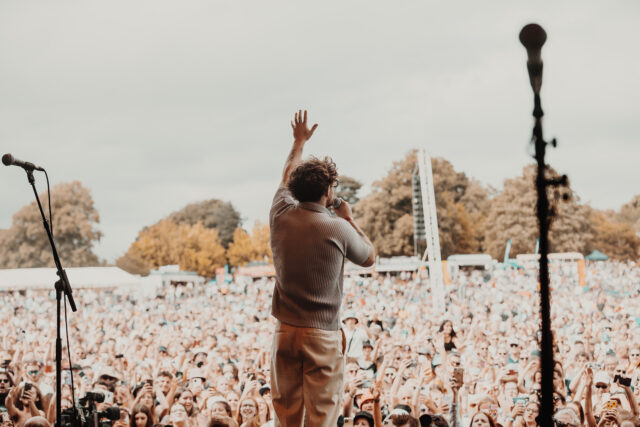 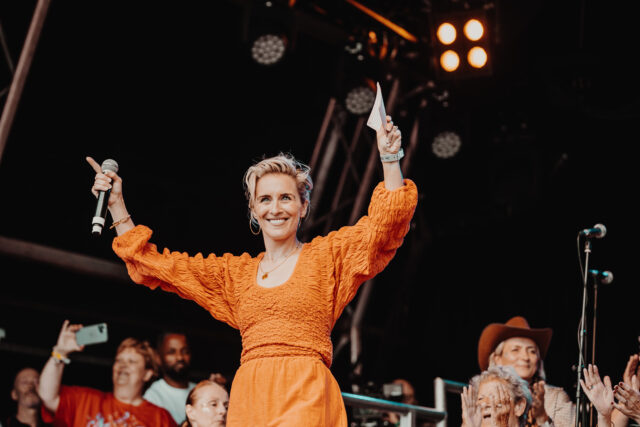 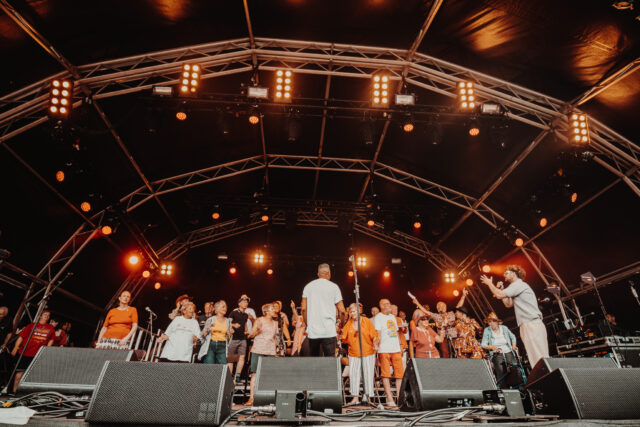 This Feeling Track of the Day: The Underclass ‘Hometown’