Sarah Records is the unsung hero of the 90’s indie scene. Despite releasing some of the most divine slices of indie-pop around, Sarah was consistently overlooked in favour of Factory, Creation and Heavenly to name but a few.

Now, with the release of, ‘Under The Bridge’, the quality and importance of Sarah Records is finally recognised.

Opening the compilation is, ‘Travel Through Midnight’ by The Luxemburg Signal. As soon as the track kicks in that unmistakably lush indie-pop tone kicks in. The jangly guitar riff and the dance between the bass and drums, it acts as a capsule of the time. Throughout the track, slight electro elements take hold with the listener feeling as if it has catapulted them to space.

These poptones are continued within cuts such as, ‘Begins Goodbye’ by Even As We Speak and, ‘Larkin’ by Boyracer. These tracks showcase a faster side to the label, with the raucous, youthful punk energy that comes at the listener with a blistering pace. Jaunty, full of melody, and most importantly, fun, these tracks give the sound of acts like the Buzzcocks and The Freshies on acid. 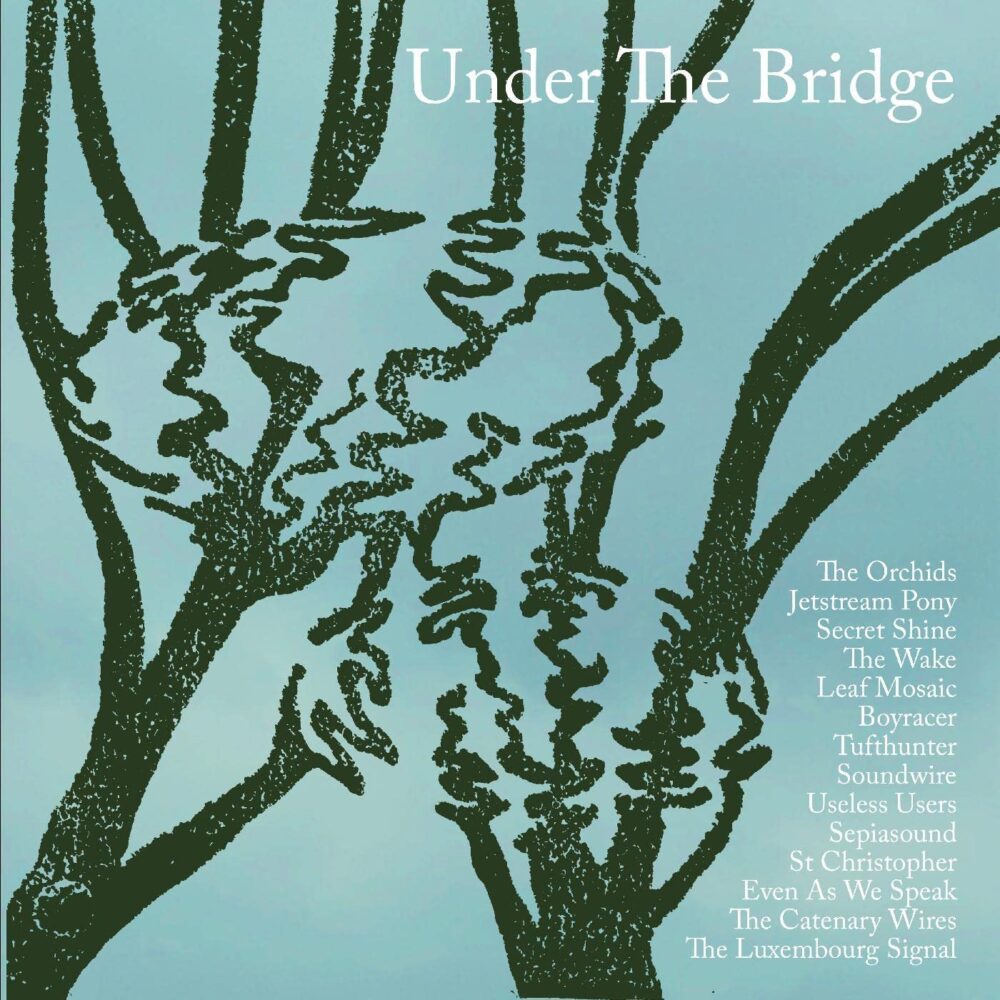 As the compilation continues, it becomes clear what Sarah Records bread and butter was. This being shit hot Shoegaze, with the stand out being, ‘Lost In The Middle’ by Secret Shine. The guitar tone throughout the track is incomprehensible bliss, the only rest coming with the duelling vocal deliveries in the tracks chorus. The guitars intensity is still inherently rooted within melody, with the pop sensibility seemingly undeterred by the blistering Shoegaze.

This is not to state that, ‘Under The Bridge’, doesn’t have its more introspective notes. In fact, the collection closes on rather a downbeat note, with the instrumental, ‘Arcadian’ by Sepiasound which is a much slower acoustic number. As well as this, album closer, ‘Stockport’ by the wake closes the album on an emotive and grandiose high. It’s a haunting piece, with the vocal delivery gliding alongside the blissful melodic structure. Think, ‘Music When The Lights Go Out’ meets Echo and the Bunnymen.

Under The Bridge finally gives Sarah records the chance to shine it has deserved for so long. It wonderfully highlights its multi-genre capabilities and the brilliance of its artists. There may have been bigger labels, but there have been few better than Sarah Records and the wonderful pop that came out of it.

This Feeling Track of the Day: Dead Freights ‘Hey Hatred’

This Feeling Track of the Day: The Interests ‘Capitulation’