Wilkestock Festival took place in the picturesque countryside of Stevenage, just 20 minutes from London, a small and beautiful charity festival that was like being taken into another world, and provided an experience like no other festival could. The main stage was seated at the bottom of a hill that was covered in old sofas, chairs and even a boat and a helicopter, providing the perfect area for attendees to lounge, watch bands and even hang out at 4 am.

In the surrounding area were a number of other stages, both inside and outside, one of the most popular being the Bella Stage, a small, but serine inside stage, that was decorated with pirate-themed items and hosted some of the best bands of the weekend.

Another stand out thing about this festival was the fact that because it was so far out, the music went on late into the night with JW Paris taking to the stage at 11 pm on the Friday as We Are Scientists closed the main stage. “We’d like to thank We Are Scientists for supporting us,” said singer Aaron with a cheeky smile as they launched into a slew of organic alt-indie songs, that had the audience laughing, dancing and singing, smiling into the night. 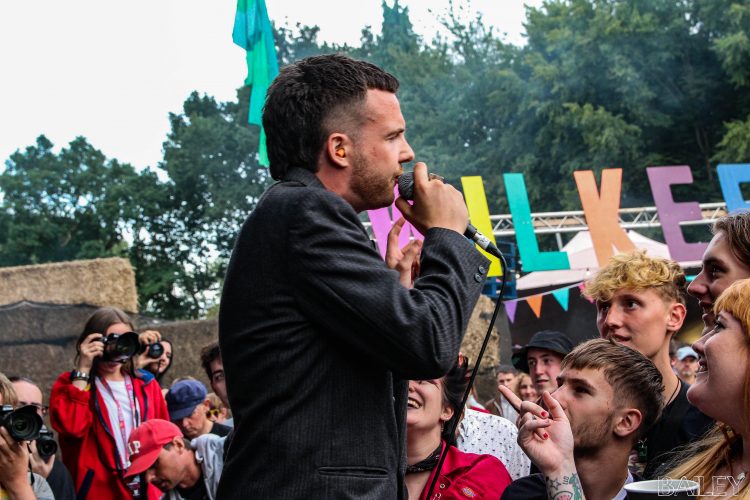 Saturday’s line up was considerably heavier as punk band Lady Bird took to the stage mid-afternoon. It only took two songs for lead singer Don Rennols to jump down from the stage, much to the thrill of the audience, some wearing Lady Bird t-shirts. He climbed over the barrier, shaking hands with people, greeting them with a ‘nice to meet ya’, as they jumped around him, singing in unison to their favourite band. He then re-joined the band onstage, as the crowd moshed to the fierce drum beat, Joe Walker playing so furiously the entire kit was moving back forth. 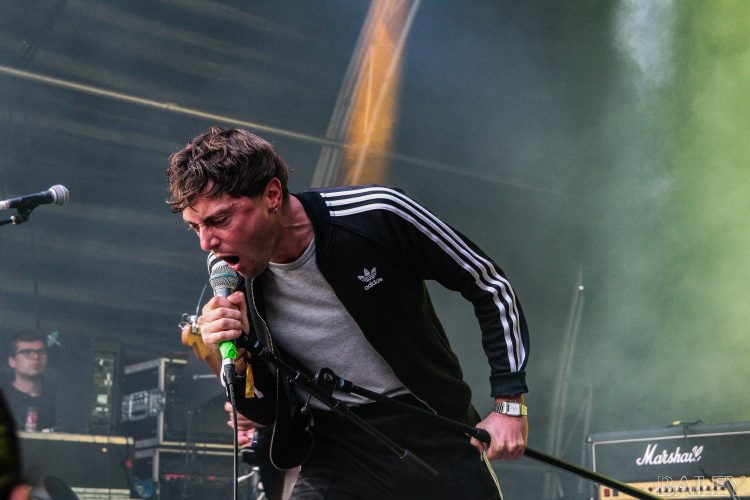 Up next was LIFE who had some huge steps to follow in and took in all in their stride. Lead singer Mez gave an exemplary performance, his onstage demeanour like no other, roaring, “WE’RE FROM FUCKING HULL!” into the microphone, but contrasting this with some softer, unique dance moves, the build-up creating huge energy that then transitioned into their first song and carried on throughout the rest of their set. 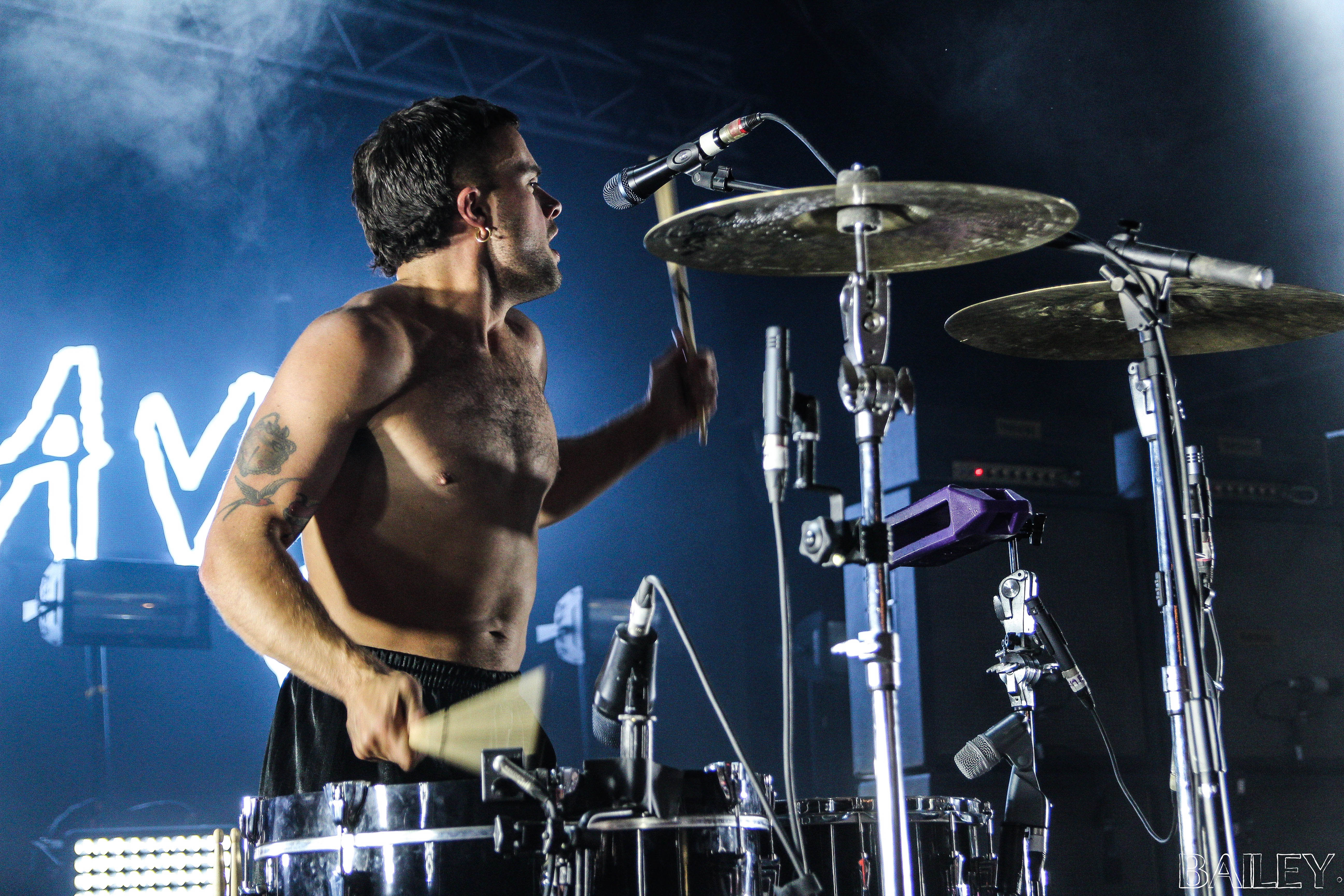 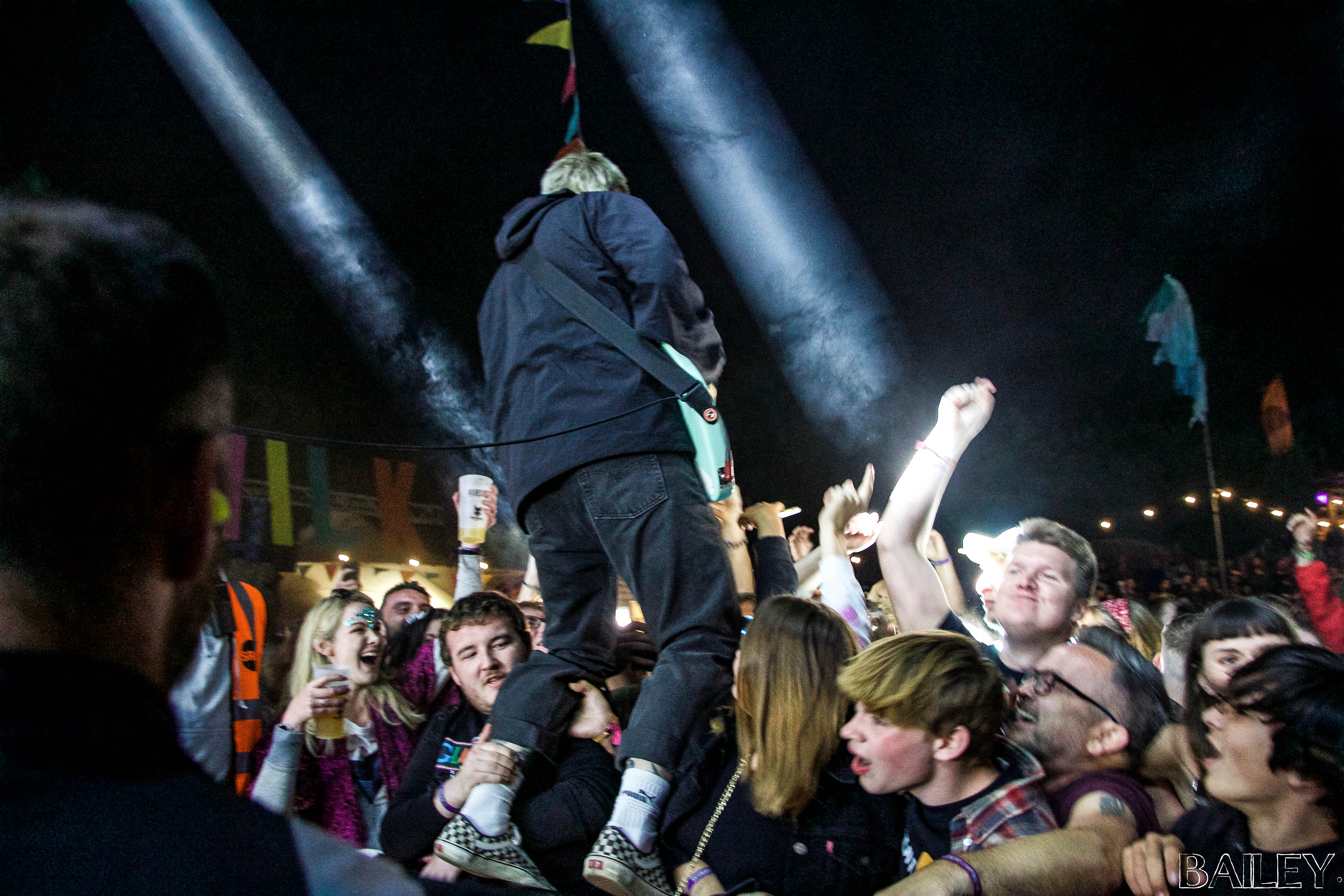 The headliner of the main stage was Slaves, the famous duo delivering yet another smashing performance, (at this point, has anyone ever seen Slaves play badly?), accompanied by a very happy and lively crowd. A comedic moment occurred when Slaves drummer Isaac kicked his symbol whilst talking about their song, ‘Fuck The High Hat’, and it went flying into another person, leading him to explicitly apologise, as delaying their performance for a few minutes as a crewmember mending the kit. 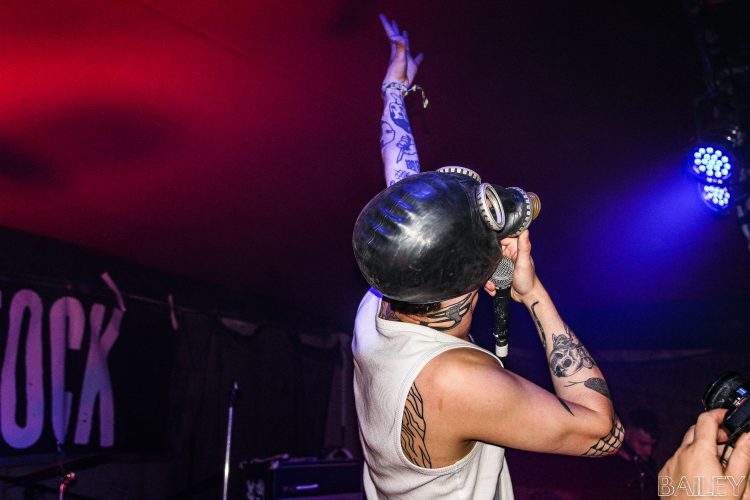 As darkness fell, festivalgoers headed once again to the Bella stage, where riotous punk band Strange Bones were performing at 11pm, sending energy into the depths of the crowd. Lead singing Bobby Bentham paced around the stage, displaying enigmatic characteristics as he snarled into his microphone, at one point pulling on a gas mask, his distorted vocals added to the wildness of the performance. As if trying to outdo himself, he climbed up the lighting rig on the side of the stage, before realising he could go higher, towering over the crowd and then launching himself into the awaiting arms that were ready to catch him and throw him around the small room. 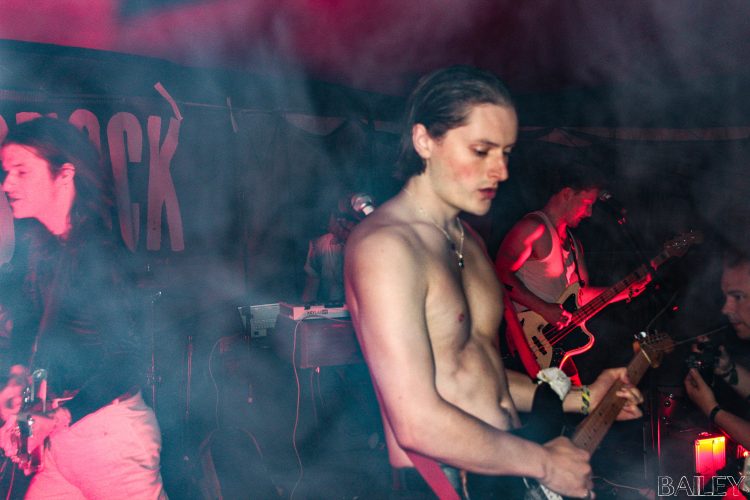 Avalanche Party were the dark horses of the night, delivering an intangible set that put them in a league of their own, completely different from every other band that had played that day. Jordan Bell took on an unworldly and almost ethereal persona, never once breaking character, his solid stare unnerving crowd members, as they watched carefully, almost scared of what could happen next. Picking up the mic stand, he walked into the middle of the room, the audience parting like the Red Sea, surrounding him, ready to join in, watching in amazement as the rest of the band continued to play a pounding set, building at the atmosphere, the lights and smoke only further contributing to this. A crazy end to what could only be described as a euphoric day that had definitely been enjoyed by all.