Welcome to Down on the Street, a Gigslutz guide to the most alluring places to see live music, get rat-arsed, dance, and shop (though probably not in that order) in some of the UK’s most exciting cities. And Basingstoke. Over the coming months we’ll be taking you on a virtual tour of the best bars, clubs and boutiques in the country, from Glasgow down to Brighton. To kick things off, we asked Beth Kirkbride to tell us about her fave haunts and hot spots in Sheffield…

I’m ashamed to admit that I didn’t know where my hometown was located on a map of the UK until late last year. Moving onwards and upwards, though, I can tell you it’s in South Yorkshire and home to about 553,000 people. As the fifth largest city in the UK, Sheffield is a really great place for entertainment and is the centre of many events (including The World Snooker Championship, if that’s your sort of thing). Last weekend the Tour De France went whizzing past and from 25-27 July the city will host Tramlines festival, with names like The Cribs, Katy B and Deap Vally playing over the course of the weekend.

If The North of England was a family then Sheffield would be the somewhat neglected child, right in the middle. A lot of larger bands – Vampire Weekend, Manic Street Preachers for instance – tend to skip us and play Manchester and Leeds instead. This is obviously an added cost for music fans and has routinely been a source of disappointment when artists have released tour dates and Sheffield is nowhere to be seen. That being said, Sheffield is home to several great venues for live music…

The Motorpoint Arena isn’t particularly special as far as big arenas go, but it’s a great multi-purpose venue where you can experience the sheer enormity of a musical fanbase. With the capacity for both standing and seated tickets, fans can opt for whatever makes them comfortable. This was the venue where I saw Arctic Monkeys on their (rescheduled) hometown gig as part of the AM tour. 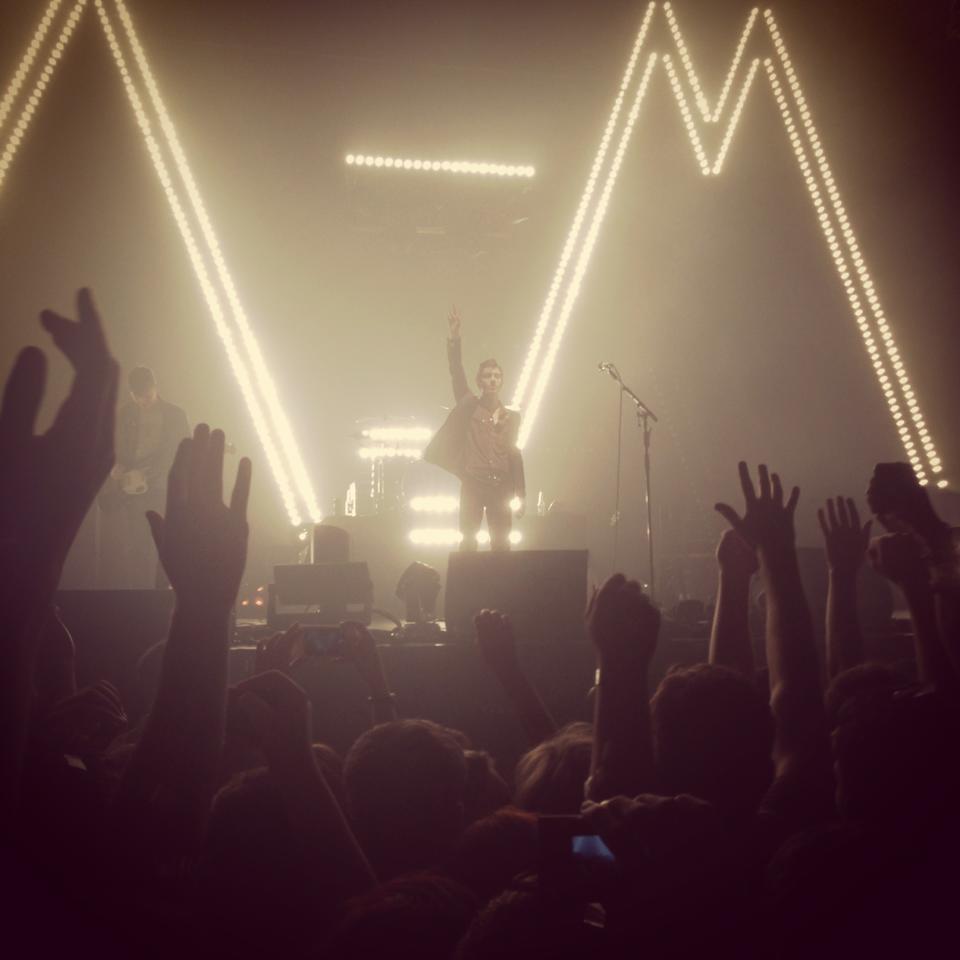 Doubling as a nightclub, The Leadmill hosts a variety of acts in its small but lively interior. The stage is fantastic in that there’s no barrier, no real space between fans and artists… which means anything can happen. The room is long – meaning more people can get closer to their idols than perhaps they could in other venues. Leadmill is famous for its club nights after live shows, where you’re bound to hear tunes that you recognise and love, and have a great time with your mates. The best gig I’ve been to at the Leadmill was The Pigeon Detectives, who played a few days before Christmas and blew the roof off. For many, The Leadmill stage is a starting point – with bands such as the Arctic Monkeys having played there back in the day.

The O2 Academy has the standard set up, with a variety of smaller rooms often used to showcase local talent (acts to have played there this year include Catalysts, The Fontaines, and Knaves). The main venue is pretty standard and the drinks are overpriced (when are they not?) but having an O2 Academy in Sheffield does mean that some bigger artists are tempted to stop by and say hi. I’ve been able to see The 1975, Tom Odell, and Reverend & The Makers thanks to this centrally located venue.

Plug is a bit of a nightmare in that if you’re not from Sheffield you might have a bit of difficultly locating it. Once you’re there, though, it’s a reasonably sized nightclub that hosts a variety of events – and has reasonably priced drinks, too! The stage is quite small, which means that music events are always quite intimate, and there’s the capacity for artists to come amongst the commoners and do an acoustic set if they so wish. The SSS are a Sheffield *cheers* band who I’ve seen here, and they’re one for your iPods.

If you fancy a drink with mates and wouldn’t mind a bit of live music whilst you’re at it, then West Street Live is the place to go. This bar on West Street (imaginative, right?) is conveniently located in that you literally cannot miss it. A nice atmosphere and a great opportunity for Sheffield bands to get up there, play to the people and get their faces out there, West Street Live is an asset to the city.

Last but not least is Queen’s Social Club, my favourite music venue. It really isn’t anything special; in fact it looks like the sort of church hall where kids used to have birthday parties. The venue is obscure in that it’s really difficult to know who is playing when and it’s also a little out of town, but if you do your research and get your tickets, you’re in for one hell of a night. The place gets hot, the music is loud and the bands are right in your face. Merch is often sold in the far right-hand corner, with the opportunity to meet band members (if they’re feeling nice) after their sets. The Queen’s Social Club has seen the likes of Wolf Alice, Swim Deep, Dog Is Dead and Spector play, and has been graced by the likes of Alex Turner, who came to Wet Nuns’ last gig. Oh, and by the way, when events are listed as 18+ that means 18+. If you ain’t got ID, you ain’t getting in. 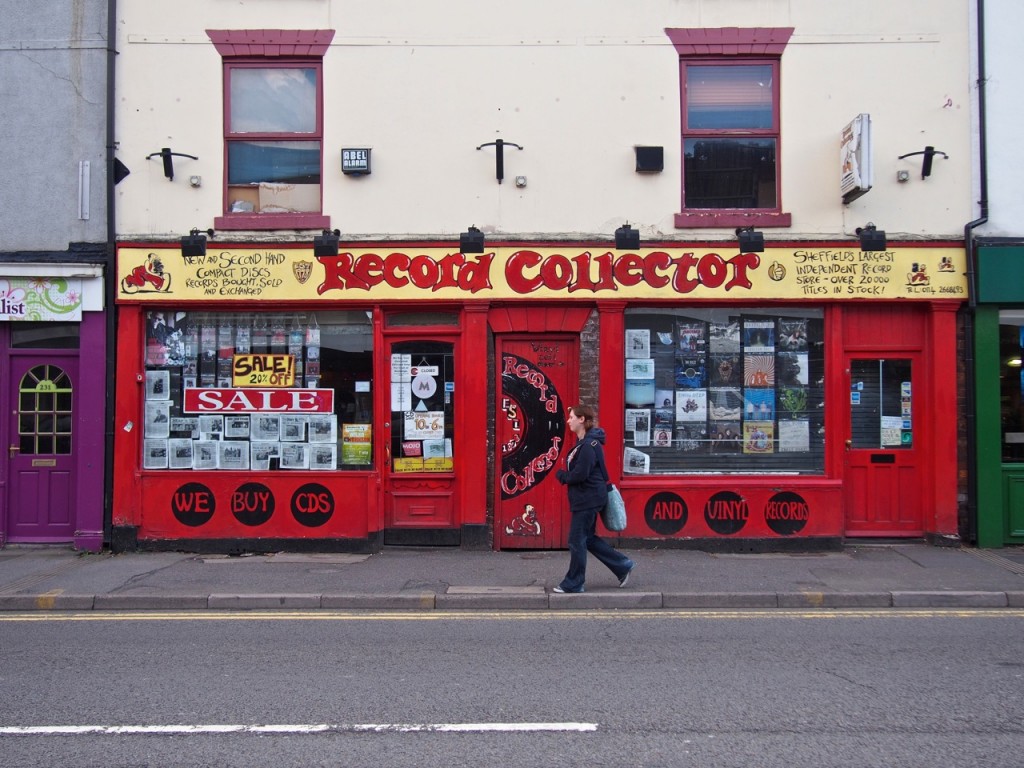 What’s that you, you say? Vinyl? Reasonably priced? Nooooo… well, yes, actually. Record Collector (Broomhill) is the largest independent record store in Sheffield and the place to go if you collect LPs (it’s pretty compact, so don’t wear a big rucksack or go if you’re super clumsy). On Record Store Day the queue was pretty impressive, and in 2013 the event saw The Crookes serenade a double decker bus as they stopped traffic, which was a sight to behold.

Tamper Coffee (9 Westfield Terrace) is a tiny coffee shop on a side street you’d walk right past without knowing it was there… but they make reaaaally good coffee. The building is full of atmosphere with lovely exposed brick and rustic style tables. It’s small and cosy and they don’t require you to take out a bank loan to make a purchase unlike the mermaid giants Starbucks.

Freshmans (6-8 Carver Street)is a vintage clothing store where, with a little rooting around, you can unearth some real steals. They sell sweaters (some of which make kitsch look like Chanel), shirts, dresses, coats, Doc Martens, Converse… if it’s in a Brat Pack movie (or Grease), they probably stock it. For some strange reason they also sell hilarious (albeit wildly inappropriate) greetings cards.

The New Shop (Division Street) sells old vintage stuff (clever name, right?) It does pretty well out of the thrift-savvy shoppers of Sheff. Although Freshmans is older, The New Shop is more spacious and easier to source garments that you’d actually be seen dead in. They sell some pretty cool tie-dye shirts and crop tops, as well as vinyl ( I think).

GET YOUR GLAD RAGS ON: YOUR ULTIMATE GUIDE TO GOING OUT IN SHEFFIELD

MONDAY – Leadmill: The club night is called SHAG and claims to be “the best you’ll ever have!” (we hope not). You have a choice between party floorfillers and indie rock ‘n’ roll in the two different rooms. Drinks start from 60p.

TUESDAY – Paris Sheffield: if you’re a scrimping student are you really going to turn down 50p entry and 50p drinks? No, didn’t think so.

WEDNESDAY – Corp has dirt cheap drinks, but consider yourself warned: the dirt part is extended to the floor. ‘Corp shoes’ required. Discounted entry if you’re in “Skool Uniform”.

THURSDAY – Carver Street has a selection of bars. Viper Rooms are especially recommendable as they have decent upstairs and downstairs rooms, the latter of which play good house music and have a really good vibe.

FRIDAY – Propaganda at Plug has reasonably priced drinks, and if you’re organised and post on the venue’s Facebook page you can get discounted entry for you and your mates.

Having been born in Harrow and grown up as the oldest child of two Received-Pronunciation speakers, the Sheffield accent and lingo continues to bemuse me. People pronounce ‘ginnel’ as ‘jen-al’ (I think some people in Leeds call it a ‘gin-el’), crumpets are known as ‘pikelets’ and people who work in customer service will refer to you as ‘duck’ or ‘pet’ regardless of your occupation, age or gender. 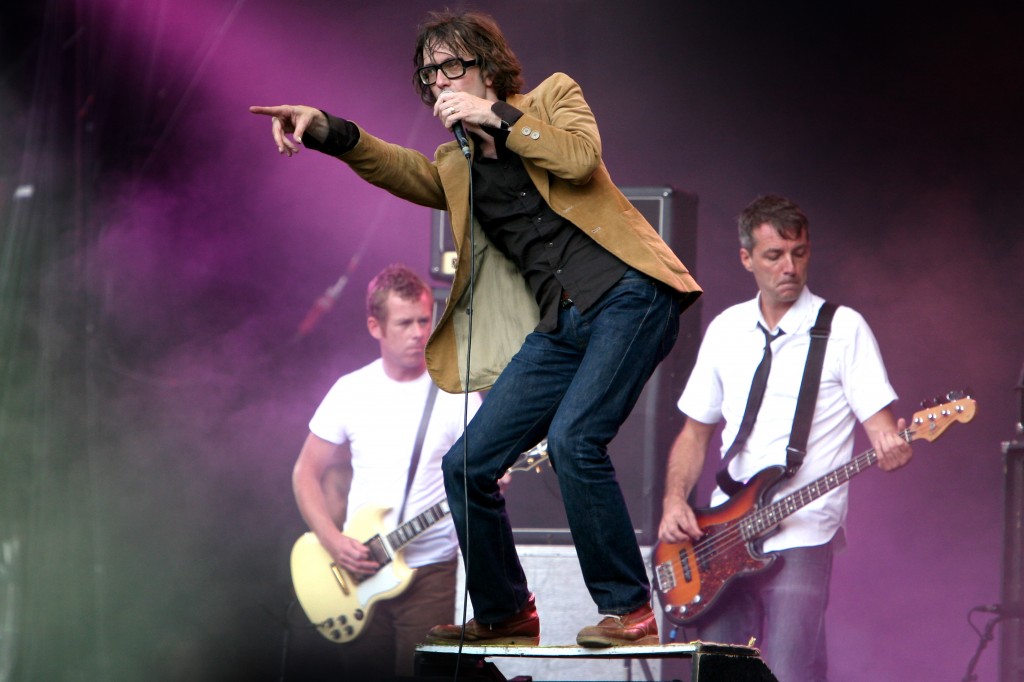 On Division Street there is a florist that has a sign in the window which reads: ‘Jarvis Cocker sustained a broken leg due to clambering out of a window above this site, 1985’, (this never ceases to make me chuckle whenever I go past). Pulp are obviously the go-to name to drop when people say “Ahh Sheffield… what’s Sheffield famous for?” (besides steel). As are Arctic Monkeys, with “I said its High Green mate, via Hillsborough please” (‘Red Lights Indicate Doors Are Secured’) referencing two areas of the city to reveal the band are proud of their Sheffield heritage. Which they should be, because Sheffield is a wonderful place to live, well worth a visit and WELL WORTH STOPPING ON YOUR TOURS OKAY, BANDS? HEAR THAT?!

ALBUM REVIEW: MORRISSEY ‘WORLD PEACE IS NONE OF YOUR BUSINESS’