Welcome to Down on the Street, a Gigslutz guide to the most alluring places to see live music, get rat-arsed, dance, and shop (though probably not in that order) in some of the UK’s most exciting cities. This week’s issue has Nicky Lee-Delisle waxing lyrical about the capital’s hidden gems on the southern side of this gargantuan city.

South of the Thames has long been the ignored half of London. It’s commonly accepted that the main reason people end up in Morden, for example, is due to having fallen asleep on the Northern Line. However much Camden hogs the limelight for gig venues and Oxford Circus reigns supreme as number one shopping destination, there are many hidden gems to be discovered should you take the time to head southbound on the tube.

I usually find myself having to trek to the other side of the city for gigs, which annoyingly means leaving ridiculously early so as to not miss the last train home. The trendy hang-outs of Shoreditch and the popular venues of Camden, however, have nothing on the vibrant gigs you’ll find in the heart of the South.

In my opinion, The O2 Brixton Academy should certainly be awarded iconic status at some point as it is already long overdue. As you emerge from the end of the Victoria Line you should have no trouble in finding the venue given that it’s usually circled by dedicated fans joining the queue many hours before doors. If you happen to be one of them and you have arrived on time, you can sit on the steps leading up to the fire exit round a side alley to listen to bands carrying out  their sound check (which also happens to be an option if you missed out on tickets for that particular gig). The Brixton Academy is well deserving of the twelve occasions it has scooped up NME’s ‘Best Venue’ given how even if every inch of the floor space in front of the stage has already been occupied, you will still have a great view of the band due to the sloping floor. One of my fondest memories of the venue was back in 2011 when Suede set up a three night residency, a night for each of their albums Suede, Dog Man Star and Coming Up. Not to mention each time The Manic Street Preachers have paid a visit to the venue resulting in confusion amongst the locals when a crowd of leopard print coats and fluffy tiaras descended on the street.

A few streets down from The Brixton Academy you’ll find The Windmill, where the owners proudly state on their website ‘It’s no good telling us you’ll ram the place with your mates; if your music sucks we aren’t interested’. This policy means that you’re almost guaranteed to discover great bands and local talent with the added bonus of not having to take out a second mortgage to get in a round of drinks. 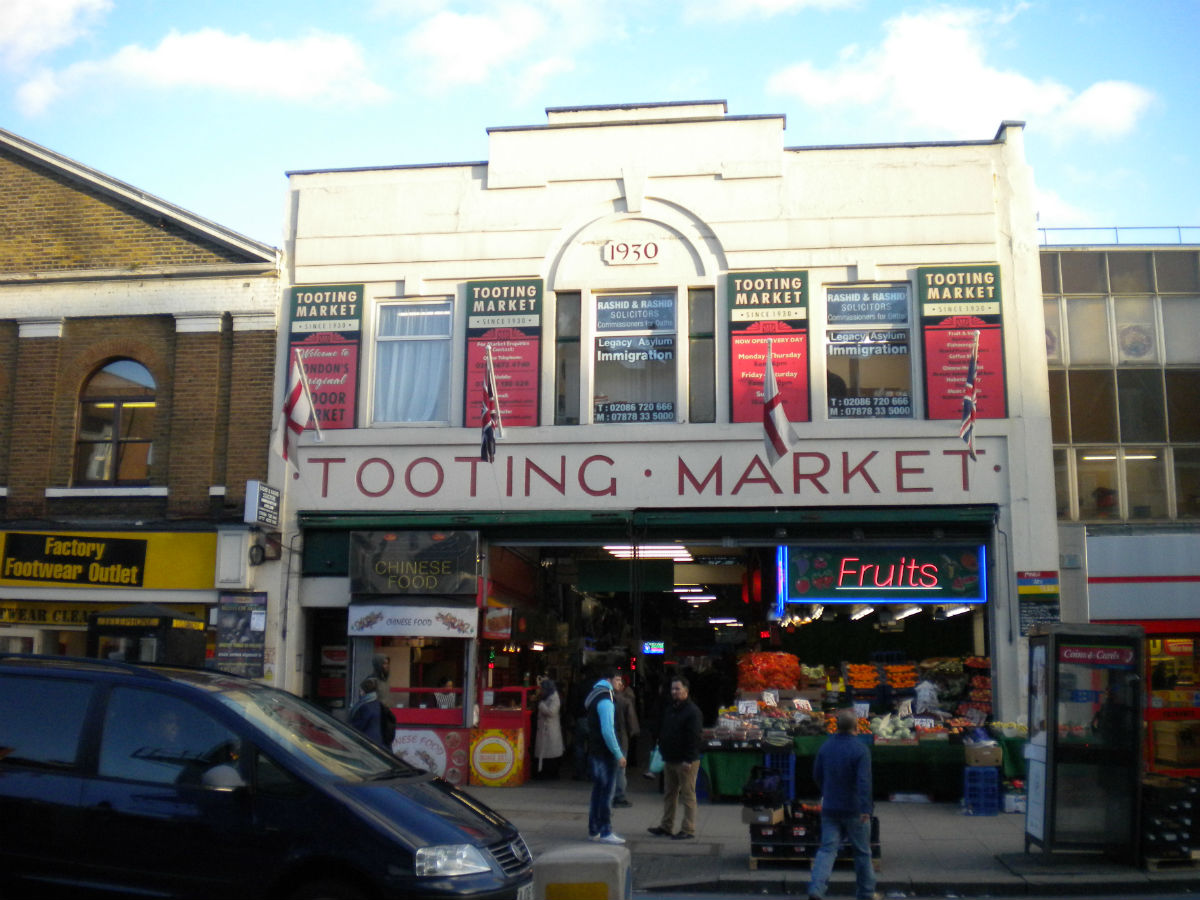 If you’re after a homely atmosphere to go with your live music, then the 118 bus will take you from Brixton and drop you right outside the doors of Ganley’s in Morden. Don’t be put off by the fact that the place probably looks like your Gran’s kitchen, every evening the bar will be rammed but there will be warm Irish hospitality and great craic to go with your Guinness. You won’t find any big names doing live sets in Ganley’s, but it’s always a lively atmosphere from everyone dancing along. Before you know it you’ll be singing along to Johnny Cash covers with a group of people you’ve only just met.

The Tooting Tram and Social is a much needed respite for South-London music lovers. Hidden amongst the chaotic rush of Tooting High Street, the lofty venue is where you’ll find the up-and-coming talent making their first marks on the music scene. The weekly W.O. Wednesday promises the best in new music which draws in artists from around the UK.  When you do drop by you’ll be very reluctant to leave once you’ve sunk yourself into their extremely comfy sofas.

Even before HMV was sadly closed down on Sutton High Street – leaving an even bigger void in music shops in South London – I’ve always made a beeline for Banquet Records when it comes to music. You may have to use your Oyster Card a few times to get there as the shop sits in Kingston Upon Thames, which is just on the borderline between Greater London and Surrey. But it’s guaranteed to be worth your while. Having recently celebrated the shop’s tenth birthday, not only will the staff actually take the time to get to know you and your music taste (this would be unheard of in HMV), they will also do whatever it takes to get a hold of the record you’re after, no matter how obscure. At least once a week the middle shelves are tucked away to the side to make room for in-store gigs which have seen everyone from Brett Anderson to McBusted pop by to plug their albums. 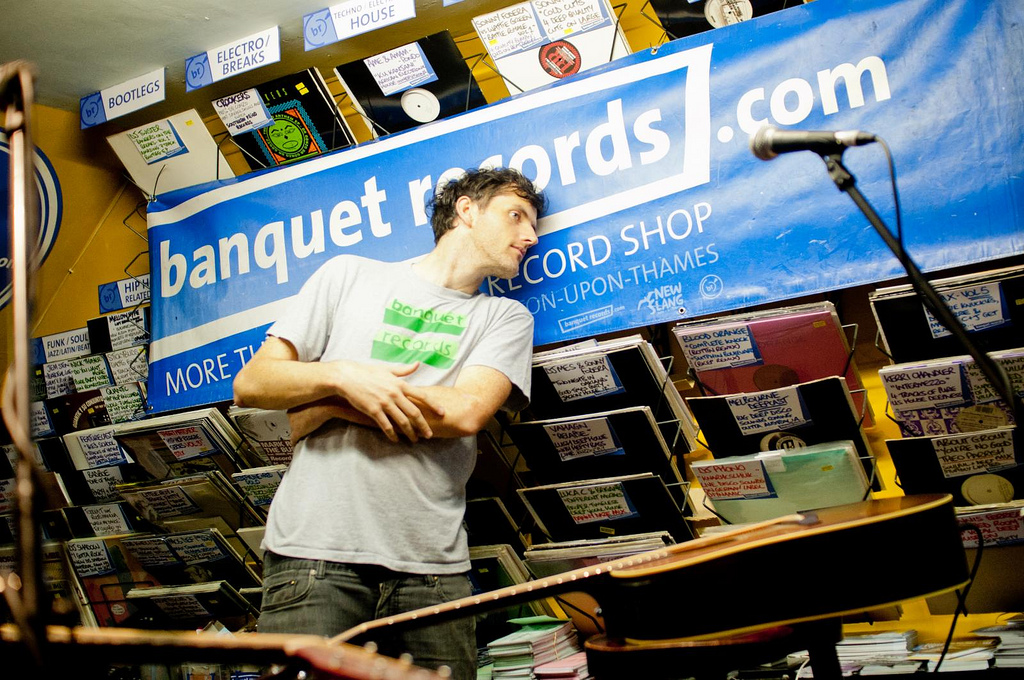 Long gone are the days when Brixton was seen as an almost no-go ghetto. Just the other day I was reading in The Evening Standard of all places that Brixton Market is now the destination for middle-class Foodies. It may have taken them this long to realise what the market has to offer with all of its low-priced exotic fruit and veg, but I just hope the new attention won’t eventually result in the market being turned into the equivalent of an open-air Waitrose.

For those who can spend hours in bookshops before being turfed out at closing time may want to check out Copperfield Books in Wimbledon. All the books are second-hand which means you may be lucky enough to pick up a good read that is no longer in print. The shop itself is an Aladdin’s cave of books with shelves scraping the ceiling. Therefore you may want to set aside a few hours when you do decide to visit.

YOUR ULTIMATE GUIDE TO GOING OUT IN SOUTH LONDON

MONDAY – With the whole week stretched out in front of you, no one is really in a party mood on a Monday.  Perhaps The Wibbas Down Inn in Wimbledon is an ideal place for after-work drinks: Half price on a Monday plus if your colleagues do insist on being boring by talking about work, just help yourself to their selection of books and ignore them.

TUESDAY –Seeing as Tuesdays are not that much better than Mondays, why not cheer yourself up at Tooting Tram and Social’s Open Mic Night? You’ll find some hilarious stand-up comics along with some talented locals. Get involved yourself if you’re up for it.

WEDNESDAY – Treat yourself to some killer cocktails at Bar Social in Clapham Junction which may just be the trendiest bar south of the Thames. The plush surroundings and art-covered walls make it an ideal place to have a gossip with friends. You’ll also only be a minute’s walk from Britain’s busiest railway station should you want to carry the night on elsewhere.

THURSDAY – Every Thursday New Slang takes over McCluskey’s club in Kingston upon Thames. Organised by the owner of Banquet Records, each week fantastic indie and rock ‘n’ roll bands take to the stage. New Slang has played host to both the up and coming artists as well as those with legendary status such as The Cribs and Beady Eye. Once the bands finish the set, DJs spin some indie classics until 2 am. Not a bad night for entry which is always under a tenner.

FRIDAY – The Bedford in Balham is the perfect place to let your hair down on a Friday night. Free admission, five bars, two dancefloors and three floors means you have room to roam and your bank account won’t get sucked dry. 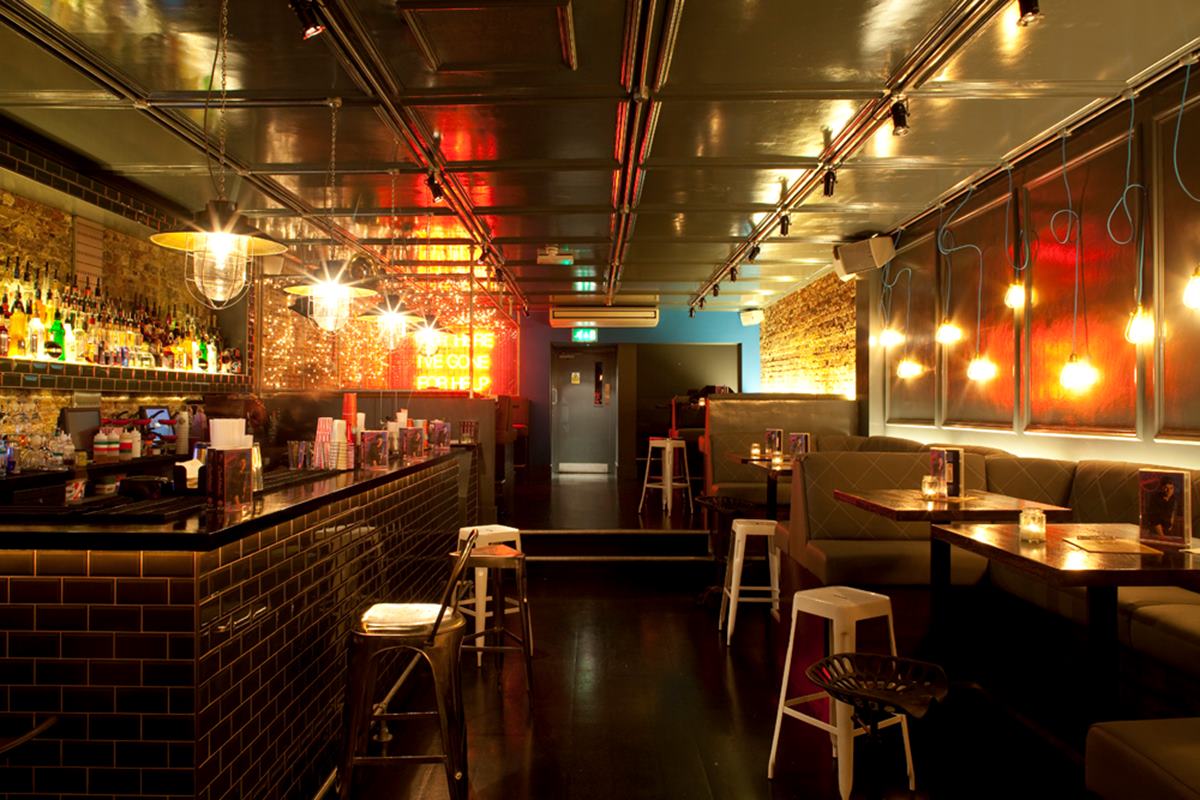 SATURDAY – There has to be somewhere to go clubbing in South London which doesn’t blast Pitbull through the speakers and where you’re not always anxious about someone getting stabbed right? I’ll let you in on a secret – there is and it’s called Bacchus. Tucked away in a side street in Kingston, Bacchus is a cosy underground club (both literally and metaphorically) which will spin everything from Rock to Hip-Hop. Even the cheesy stuff if you’re in the mood and you ask nicely. Just make sure not to wear your favourite shoes as they may end up glued to the permanently sticky floor.

SUNDAY – You must be pretty exhausted by this point (not to mention suffering a bit of liver damage) so how about The Ivory Lounge in Sutton for a nice sit-down and a few cocktails to ease back into the week?

You’re likely to hear school-kids calling each other ‘blud’ ‘cuz’ and ‘fam’ to each other on the bus. I’ve never been sure whether these are actually terms of solidarity or words they just like to stick on to the end of sentences to make themselves seem tough. Apart from dropping our ‘T’s a lot in words and every guy in every fried chicken place being ‘Boss Man’, we don’t really seem to have much of our own lingo. It is also quite exhausting explaining to tourists that just because I’m a working-class Londoner doesn’t mean I speak fluent cockney.

There’s more to South London’s history than riots. I don’t think the world has thanked us properly yet for giving you David Bowie. Not only that but The Rolling Stones were discovered at The Winning Post Pub in Sutton.

During the riots a few years back, the locally famous Wizard Man of Sutton took up arms to ‘curse’ anyone he caught taking part. You’ll often find him strolling around his wizarding robes and black cat on his shoulder, despite his ominous presence he’s always up for a friendly chat.

Merton is also home to the largest mosque in Western Europe, a beautiful white building which also doubles as an exam hall for the college across the road.

NEW TRACK: We Are The City – ‘King David’