This is probably the hardest thing I have ever had to write! It’s hard to pick just 10 songs let alone rank them from #1 to #10 especially when they fall into so many different genres which means that every album is completely different, just a few of the genres that they fall into are : Alternative Rock, New Prog, Symphonic Rock, Space Rock and Progressive Metal. There is just way too much to choose from. But that’s the beauty of Muse, that’s what makes them one of the greatest bands of their time and undoubtedly THE best live act in the world today! – That is a statement that I am willing to bet my life upon.

So, with all of these rumours regarding the sound of their new album (which is supposed to be getting heavy, according to lead singer Matt Bellamy) circulating on social media it seemed like a great opportunity to rank their best songs that have built up over the past 20 years.

It sticks out like a sore thumb on the unusually commercial Black Holes and Revelations. The vocals are more operatic than the rest of the album but this is neutralised by the music that accompanies it, it’s the complete opposite – it’s one of the real heavy moments on the album. You can really appreciate just how incredible this song is, if you’re lucky enough to have heard it live! You would have had the privilege to have witnessed some of Bellamy’s greatest pouts, Wolstenholme’s trademark head-banging and some of Dominic Howards finest drum fills.

One of the bands greatest live songs, so it’s good that they tend to play it a lot. It’s heavily based on the book 1984 by George Orwell, as is the rest of the album. It may not be heavily guitar based like most Muse songs but the synth, piano and small yet, effective guitar part, tie in nicely to the incredible bass and drums combination.

This really shows off the heavier, more experimental side of Muse. The guitar in this song is on point! But they don’t tend to play it live anymore which is such a shame! Because the live version below and especially the live version on Hullabaloo is astounding! I mean even the studio version on Origin of Symmetry has a raw sound, particularly in Matt Bellamy’s vocals, which are incredible (as always). The track just oozes passion, particularly when you hear him scream the chorus’. The piano part just before the chorus is also a nice touch, despite it being a tiny part of the song, the subtle hint of serialism in that part seems to lace the verses and choruses together nicely. The last chorus in the song is what stands out in particular though! It’s just the way that Bellamy is screaming “Your darkshines bringing me down!” then he effortlessly floats into falsetto, the perfect way to end any Muse song, it’s enough to make your hairs stand on end. 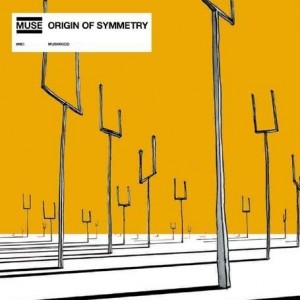 This song as well as the album, tends to be neglected by fans. But this particular track stands out as it has a blues feel to it, which isn’t muse’s usual sound. It was even referred to as ‘The Blues Song’. You can hear just how young Matt sounds on the album, this song especially as the studio version is quite minimalistic. But despite its thin texture, the song gives Bellamy the chance to show off how amazing his voice really is. There is a lot of contrast even within the song; there are a lot of big jumps from powerful screeches of passion to soft falsetto (which is very rare for Muse).

It’s not a song that really stands out to a lot of fans. It’s quite a mellow moment on an album that has such a huge sound. It tends to be submerged underneath the likes of ‘Supremacy ’(which should have been the latest Bond theme) and ‘Survival’ (which was the song used for the Olympics back in 2012). The guitar sounds as if it’s being improvised, and the solo is one of Muse’s best, despite Matt Bellamy saying that he thinks that “there is something uncool about guitar solos”. This song also has some of the best lyrics that Bellamy has ever wrote, they are really thought provoking, and they really make you want to listen attentively. He has previously said that he was inspired to write the song after reading The Financial Times! This song is one of the more theatrical performances among their live performances. There is usually an actor on stage with the band (some sort of businessman) throwing ‘Museos’ (YES THEY EVEN HAVE THEIR OWN CURRENCY!) into the crowd.

This track is considered a rarity among Muse songs, it’s never really played live anymore which is a “crying shame” as you can see in the video! It’s a really powerful, riffy song- one of their best early songs, among others such as: ‘Crying Shame’, ‘Dead Star’ and ‘Ashamed’. The recording on the Hullabaloo album is almost flawless despite it being live, and despite Matt totally losing his shit by the end! The best thing about the track on the album is that you can really sense the energy given off by the live performance. 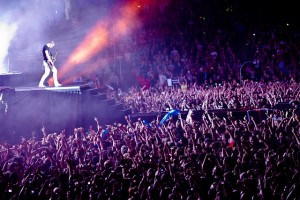 One of the bands slower, more mellow tracks, but without a doubt, one of the very best! Absolution is already massively underrated as an album already, and this song is usually overlooked too- and I have absolutely no idea why! It is beautiful! And there is so much going on in it, despite it sounding so simplistic. This shows us some of the bands earliest experiments with orchestral instruments/ arrangements- strings in this particular song. (Matt is heavily influenced by classical music, you can see this a lot more in The Resistance as the last 3 tracks are symphonies, and they’re definitely worth a listen. Just shows how versatile the band actually is, and shows how much of a musical genius Matt Bellamy actually is!) This arrangement, combined with a phenomenal guitar part that consists of tremolo picking throughout the whole song and especially in the solo, which is pretty cool for someone who thinks that guitar solos are uncool. This track has been played numerous times on their most recent tour, particularly in the stadium shows and is a more theatrical number on the set. It normally involves a trapeze artist in a light bulb, floating around the venue! But we need to rewind back to Glastonbury 2004- this is without a shadow of a doubt, the best live performance of the song to date! The crowd is silent, you could literally hear a pin drop!

3. ‘The United States of Eurasia’

This song is Muse’s ‘Bohemian Rhapsody’ you can hear Queen’s influence throughout the song and that’s one of the reasons that it’s so great, could you get a better combination? This song was definitely one of Bellamy’s proudest moments, as you can see in the ‘Making of’ video above. It is amazing! They seem to be one of the only bands that can pull off the whole operatic-rock thing, and they do it very well!

Such a huge song! And its probably the best song you will ever hear live! It’s the perfect balance between heavy and melodic, and really gives Matt the chance to show off his voice, the whole band always give 110% into it, because it’s a huge crowd pleaser! And do I even need to mention how awesome that Rage against the Machine-like guitar is?

Citizen Erased is Muse’s best song by a long shot, there is no doubt about it! It shows off Matt’s vocals both live and on the studio version, has an incredible guitar part, which cannot be beaten! And is drummer Dominic Howard’s favourite song to play live! When you listen to it, you can really feel the thud of the perfectly synced bass and drums deep in your chest. It’s a masterpiece! Well it must be, to stick out on what I would say is their best album! 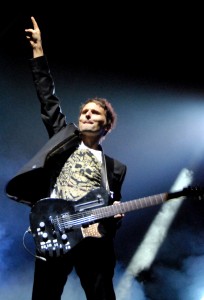