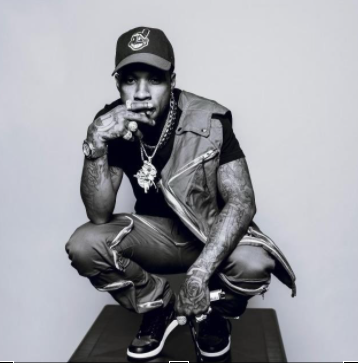 The star – famous for his explosive live shows and chart-topping hits which includes ‘What’s Poppin’, ‘Broke In a Minute’ and ‘Say It’ will head to London’s O2 Academy Brixton on 6th December, Forum Birmingham on 7th December and Manchester’s O2 Victoria Warehouse on 8th December.

On the day of the launch of Lanez’s latest album ‘When its Dark’ this summer, the rapper posted a video to Twitter saying that the album sold one million copies in under a minute and that one of his NFTs had already been flipped for $50,000.

All 1 million available copies of the album sold out in 60 seconds, the first artist in history to reach this amazing milestone. After banking in millions on his NFT related ventures, Lanez donated $50,000 to help dozens of California families post bail for their loved ones.

Lanez is the definition of a triple threat. A rapper, singer and producer, Lanez originally stepped onto the music scene with the release of fan-favourite mixtapes such as Sincerely Tory, Lost Cause and Cruel Intentions.

After signing to Interscope Records in 2015, his debut album, ‘I Told You’ peaked at #4 on the Billboard 200 Chart and featured the certified double-platinum single “Luv” and 3x platinum “Say It.”

In recent times – after completing label obligations and parting ways with Interscope – Tory continued his grind into 2020 releasing three more projects, The New Toronto 3, DAYSTAR, and Loner. In 2021 he jumped back to his R&B roots, dropping the album PLAYBOY. Summer of 2021 he returned with chart-topping, #1 Youtube ranked viral single “SKAT” featuring Dababy, “GRAH TAH TAH” featuring Kodak Black and an uptempo project ‘We Outside’.

An entrepreneur, philanthropist and businessman as well, Tory continues to dive into different arenas with a successful ice cream shop in Florida, Notorious Creamery as well as a Cannabis brand, Delta 8, and an Alkaline water brand, Umbrella Water. With countless platinum singles on his CV, Tory Lanez continues to be an artist that breaks the mould and leaves fans wanting more.

Speaking ahead of his eagerly anticipated UK tour in December, the Canadian star, said: “I can’t wait for my next UK tour. I love coming to the UK to do my thing and we’ve got three major UK shows lined up for you.

“It’s been a bad two years for live music and we’re so happy to be able to end the year on a high. These shows are not to be missed. Bring it UK!”

“These tickets are gonna sell fast. So get in quick people and I’ll see you in England for an early Christmas present this December.”

With a slew of additional mixtape projects following his debut 2015 album, including ‘Chixtape’ and The New Toronto series as well as his sophomore album ‘Memories Don’t Die’ (which peaked at #3 on the Billboard 200 chart), Lanez has continued to create hit after hit.

His third album LoVE mE NOw, released in October 2018, took over the Billboard Rap Chart to become the #1 album in the country. 2019 brought even more success as Lanez toured the UK with Drake for the Assassination Vacation Tour and joined forces with Chris Brown for the IndiGOAT Tour to wrap up the summer.

Never one to be labelled or confined to a box, Lanez will be showcasing his versatility with a Latin project titled El Agua.

To close out 2019, Lanez also released his highly anticipated album Chixtape 5, which put his artistic twist on some of the biggest hits of the 00’s and featured a few of the most iconic artists of that time period including “Jerry Sprunger,” a sample of T-Pain’s (who is also featured on Lanez’ version) hit record “I’m Sprung”.

Tickets for Tory Lanez UK Tour in December  will go on sale Friday 22nd October at 9 am.

Tickets will be available via Ticketmaster.

This Feeling Track of the Day: The Juice ‘Left To Lose’