Fresh from touring with the driving force of Liam Gallagher, the Trampolene boys are back in action as they announce an April/May UK tour with This Feeling and Metropolis Music.

In 2017, Jack Jones, Wayne Thomas and Rob Steele – better known as Trampolene – released their debut record Swansea to Hornsey and have gone from having an underground cult following to being one of the brightest new bands in the UK.

Known for their raucous onstage antics and having a knack for a surprise, we can expect the unexpected once Trampolene kicks off their forthcoming shows on April 10 at The Junction in Plymouth.  Be prepared for an onslaught. 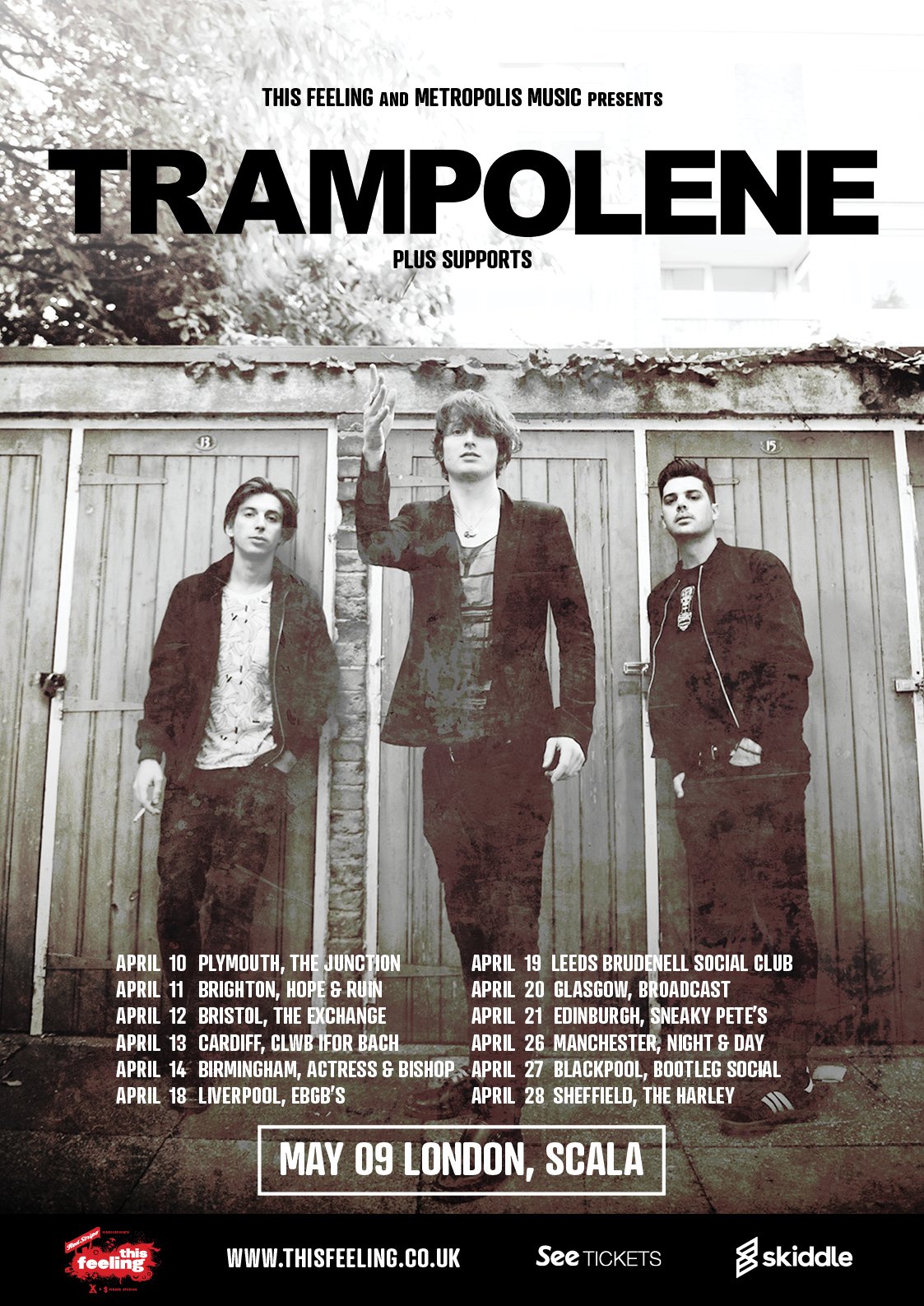 After Plymouth, Trampolene will head to Brighton’s Hope & Ruin the following night (11) before storming into the likes of Cardiff (13), Liverpool’s newest live music venture EBGB’s (18), Glasgow (20) Manchester, Blackpool and then Sheffield’s The Harley, on April 28.

The trio will take a ten-day break before taking over the iconic Scala in London, on May 9.  A spectacular showcase of talent nobody in London can afford to miss – if you cannot make any other date on the tour, make room in your diary for when Trampolene dominates Scala.

Tickets for all Trampolene shows, which both This Feeling and Metropolis Music are presenting, are on sale now.  See below for full tour dates.