There’s no such thing as ‘too much’ Asylums here at Gigslutz, and we’re super excited to share some exclusive new material with you this week, courtesy of the Southend four-piece.

The band’s debut album Killer Brain Waves is released via Cool Thing Records on the 29th (pre-order it here), and they’re headlining John Kennedy’s  ‘X-Posure’ event at The Lexington on the 28th. But if you can’t wait another 48 hours, you’re in luck. We are proudly premiering Asylums’ brand spanking new video for their most recent single, ‘Second Class Sex’.

Wrap your eyes around the exclusive video and photographs below, and read our exclusive chat with frontman Luke Branch: 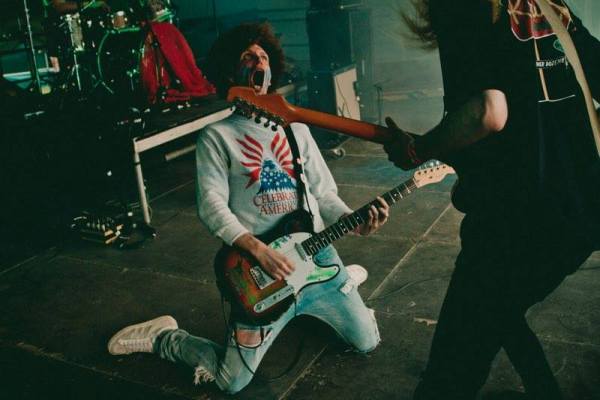 When and where did Asylums/Cool Thing Records start their DIY journey?

Towards the end of 2013, I was working on some song demos in my old flat in Southend. I had just lost a shit load of money trying to buy a house with my wife and all our possessions were in boxes, it was a strange time. A few months earlier I had come to the end of a previous musical project and had reached out to my close friends Jazz, Michael and Henry to get involved in something new.  We were all hanging out individually and jamming on the songs in our flats, listening to records, going to see shows and talking a lot about creativity and the music industry. It seemed that all of us were feeling the same way about music; we just wanted to do it for fun and not approach it like a career anymore, just use it as a medium for expression in a sustainable way. At the same time my good friend Kana Waiwaiku (photographer) was feeling very similarly about his work and we started experimenting with visual ideas together for fun.

One Sunday my Grandad took me to one side and told me he was proud of me for not giving up on music and handed me £1000 in cash and said to “keep going”. This was earth shatteringly generous and now made doing something possible.  I asked the boys if they wanted to record the songs we were working on with my friend Thomas Mitchener (Frank Carter & The Rattlesnakes) in January 2015, and they said yes.

We emerged from that session with ‘The Death Of Television’ and decided that because it had been so simple and easy to organise everything ourselves, why didn’t we keep going with that attitude and continue to do everything else ourselves? After a bit of planning we all put together Cool Thing Records with the aspiration to build a regional creative community. 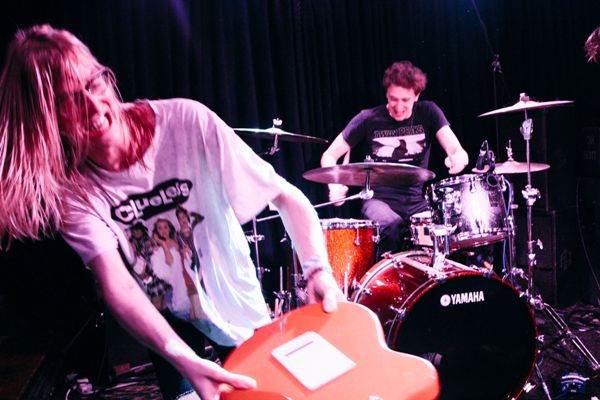 Are there other bands that are doing the same thing who you admire?

Absolutely, Henry our drummer is friends with some members of the band Public Service Broadcasting, and in the early days we looked to them as a great modern example of how to take control in the modern music industry. As our own community has built over the past two years, we have become friends with lots of amazing bands who have a similar outlook and ethos; look out for FREAK, Petty Phase, A.C.I.D, BAIT, Thomas Prescott and The Horse Heads. It’s exciting times!

Do you think the DIY approach has become more popular/accessible due to the role of social media in everyday life?

I think that in certain ways it has and in others it can be counterproductive when focused on too early. We didn’t have any social networking for 3 singles, we relied on ‘word of mouth’ which is probably the most effective marketing tool there is. It also fed into our ethos of community, we wanted to personally call friends and tell them about shows, to send out music and flyers and explain that we were going to try and build something more than just our own band. When your audience grows past your own community, it makes sense to employ social networking tools to help people find your music and connect with it. 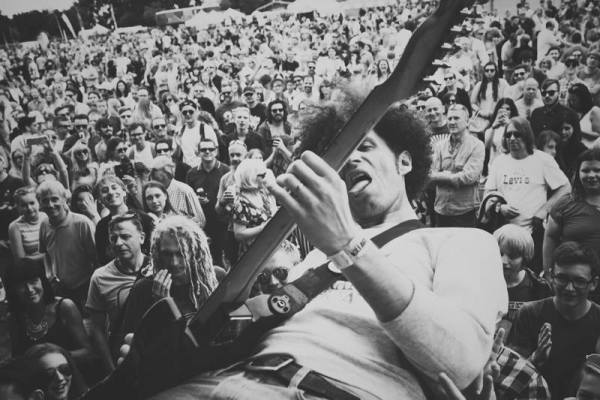 The biggest rewards are creative, you can do what you want, when you want and how you want. Its great to embrace the talent in your local community, reach out to your creative friends, collaborate and support each other. It’s also wonderful to educate yourself regarding the process of making records and releasing them. The only negatives are that you won’t have much money left for anything else and you won’t get a lot of sleep, in the short term at least.

The live footage in your new video is incredibly well shot. What’s your view on fans videoing gigs? Helpful or a hindrance?

Well, one of our collaborators Kana Waiwaiku loves coming out and shooting shows with us, he is one of our best friends so we can’t remember a time he wasn’t snapping away at gigs. I don’t have a problem with people videoing shows on their phones personally, its lovely that they feel compelled to capture the moment.

Any advice for band’s who want to take the DIY route?