Brighton heavyweights, YONAKA, have announced details of their debut album, Don’t Wait ‘Til Tomorrow, set for release on 31 May through Asylum Records.

In tandem with the announcement, the band have unleashed their explosive new track, ‘Bad Company’, and announced a swarm of UK & European headline shows/festival dates.

‘Don’t Wait Til Tomorrow’ is the culmination of the past years’ work from the UK’s most exciting, and fastest-growing, debut rock bands. On their forthcoming album, YONAKA have embodied their unbridled, raucous energy and deeply personal songwriting to produce an incredibly important debut release, brimming with life and chaos. Theresa Jarvis says – “The writing process for the DWTT has been a cathartic one. We self-produced the entire LP, which features nine news songs and 3 already released, including the second track we ever wrote – “Awake”. The album’s title ‘Don’t Wait ‘Til Tomorrow’ is a message about reaching out to someone, picking up the phone and making a call; it’s about knowing it’s ok to not be ok. The title track is a personal favourite of mine. We can’t wait to release the album and we hope it resonates with our fans as much as it does with us.”

YONAKA’s album announcement follows a busy few years for the Brighton firestarters after a steady release of tracks, EP’s and sold out tours. Having released their debut EP ‘Heavy’ in 2017, the band unleashed their follow-up ‘Teach Me To Fight’ last August, which spawned their breakthrough single “Fired Up”- produced by the band, Tom Dalgety and grandson, the track gained huge support from Radio 1, where it hit No.1 on their Specialist Chart and garnered a host of plays from the likes of Annie Mac, Jack Saunders and Greg James. At the end of 2018, YONAKA unveiled their self-produced, third EP ‘CREATURE’, with the title track securing yet more support from Radio 1 alongside a swarm of plays at XFM; it has now surpassed 250 plays across both stations. 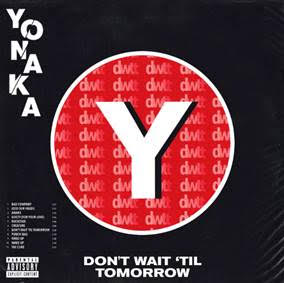 MAY
18 May Paris, France Backstage (HEADLINE)

26 May Newcastle, UK This is Tomorrow (FESTIVAL)

27 May Glasgow, UK The Cathouse (HEADLINE)

28 May Sheffield, UK The Plug (HEADLINE)