The Great Escape kicked off UK festival season in superb (and soaking wet) style last weekend, and it’s taken us a few days to gather our thoughts on the prolific 3-day event that’s renowned for championing new music. Spread across hundreds of venues in Brighton, we managed to catch some of the brightest talents in between the spells of sunshine and showers.

Thursday was a wash out weather-wise, but we caught the melodic Chelou (who performed a stunning cover of Nirvana’s ‘Aneurysm’) at East Wing, before swimming across the road to Brighton Pier to attend Slaves’ party. Then it was on to Wagner Hall to dry off and witness the talents of Raye and The Japanese House (pictured above).

Friday brought the sunshine, and a whole host of other top acts: Salen, Mantra, Adam Naas and Dream Wife were our highlights, and Ratboy tried his best to get a mosh pit going at Wagner Hall despite the heavy security presence. Saturday was equally as warm and bursting with talent. We caught  Australian band Tired Lion‘s third show at Patterns before heading over to mooch at The Mesmerist pub’s alternative line-up. Then it was off to The Black Lion to see formidable duo REWS, before closing our weekend with inimitable punk two-piece Blood Red Shoes.

We’re exhausted just typing that, and thinking about the acts we missed (Estrons, Fazerdaze, Shitkid, Abattoir Blues, Molly, L.A. Salami & PACE) but if you’re still with us, read some more of our highlights below…

Fans queued for up to an hour in Thursday’s downpour to get their hands on the remaining tickets for Slaves’ special gig. The Kent two-piece were clearly thrilled to be performing on the balcony of the Horror Hotel on Brighton’s iconic landmark, but had to reluctantly ask the crowd to tone down their enthusiasm because of the pier’s age/structural issues. Even with their energy levels dialled down, fans still managed to crowd-surf and tear the place apart, before a massive firework display closed the evening’s celebrations.

We caught Parisian artist Adam Naas in London on Wednesday, but we were so impressed we had to head down to see him again at the first of his two shows at Wagner Hall. His fine voice disarmed the crowd, and we recommend you listen to his latest single ‘Please, Come Back To Me’ on repeat.

3. Dream Wife are as furious and brilliant as ever

Dream Wife formed in Brighton whilst they were studying at art school, and this year marked the first time they’d been featured on The Great Escape’s official line-up. The trio’s energy and charisma can only be fully appreciated when experienced live (especially during tracks ‘Somebody’ and ‘FUU’), so we were thrilled to catch them again at Wagner Hall on Friday night. 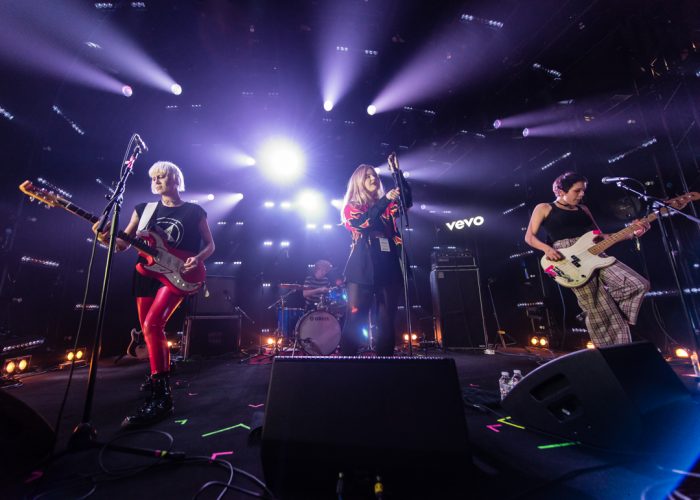 4. The Mesmerist is a hot spot for new talent

As part of The Alternative Escape, The Mesmerist Pub booked in three days worth of talent to draw in music fans who were looking for something a little different from the main line-up. We hovered around in the back room, but managed to catch a glimpse of Mantra and personal favourites Temples Of Youth. We’ll be heading back next year to see what else they’ve got in store.

5. Isaac Gracie’s still got it

We caught songwriter Isaac Gracie at last year’s festival when he played at The Unitarian Church, and we were still as spellbound by his performance when he played to a packed Komedia on Saturday night. Gracie looked like he was enjoying himself despite the melancholy nature of his songs, and asked the crowd to sing along to ‘Last Words’ at the close of his set. 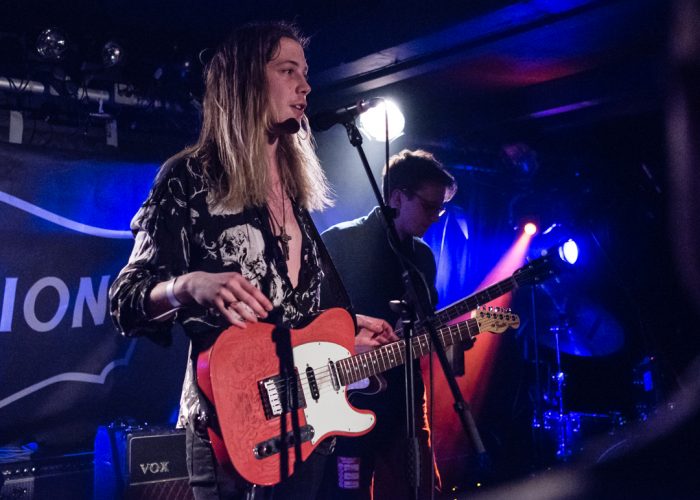 Brightonian’s Laura-Mary Carter and Steven Answell have been performing together as Blood Red Shoes for thirteen years, so it’s only fair that the pair were given their own stage at The Old Market at this year’s Great Escape. They hosted all of the band’s who have been signed to their Label Jazz Life – Shit Girlfriend, MarthaGunn, Raketkanon & Tigercub – and the duo also performed a knockout headline set. Their balanced set-list included four new songs, and several classics including ‘This Is Not For You’, I Wish I Was Someone Better’ & ‘Light It Up’. 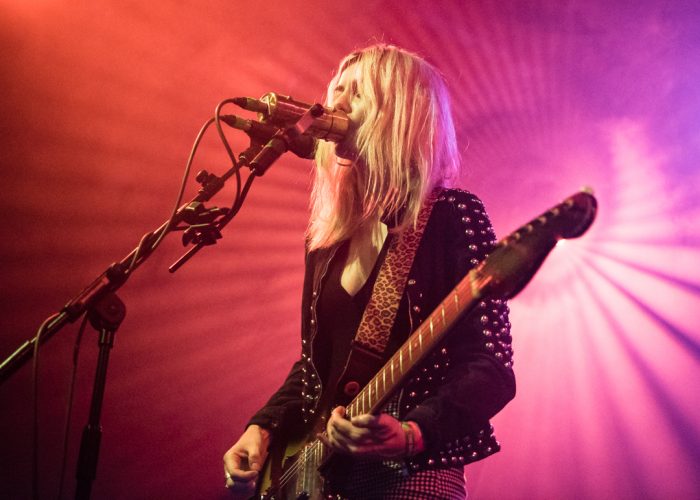 7. Brighton’s DIY promoters know how to throw a party

Whilst we were busy darting around trying to keep up with the artists on the official line-up, we noticed that plenty of Brighton-based promoters were putting on their own events that were all completely packed to the rafters. We were gutted we missed sets from PINS, Sharkmuffin, Vulgarians, Ghost Car, Sit Down & Penelope Isles at Bitchcraft‘s all-nighter at Sticky Mike’s Frog Bar on Thursday night. We also heard it was one-out-one in all weekend at The Globe for Strange Cages‘ event on Friday, and Psychedelia’s unofficial after-show party, which included sets from The Parrots and Hotel Lux.

Thanks again Brighton, we’ll see you for The Great Escape 2018!

WATCH: Diagrams – ‘I Tell Myself’