Good great, steaming along, the future’s looking quite rosy. Just trying to make plans and keep it going. We’ve got a new manager, and we’ve been in talks with a company to help guide us along and work alongside our manager. And try and take it to, not perhaps a bigger level but the next level.

You played a ‘secret set’, at Glastonbury last weekend, how was that?

Yeah, I didn’t enjoy it much, I don’t enjoy Glastonbury, I don’t know why, it’s quite intense, fucks with your ego. It’s not the pressure of it, but that is also an element. There’s a lot of media coverage and the headliners are constantly slapped all over the Internet, and the papers, and there’s lots of expectation and it makes everyone else feel a bit shit. And that’s my issue; it’s not Glastonbury’s. This is in no way a criticism of the festival because it is largely a positive event. And also, because it was a secret set we didn’t get that many people down and that fucked with my ego too. I had to evaluate the reasons as to why I was so pissed off and that just boils down to your own attitude. I think next time we do a secret gig then I’ll know what’s coming.

They said we couldn’t play this year because we’d done the last two and then they asked us to do them a favour and play a secret gig. It surprised me, I didn’t think they were that bothered about us. They were very nice to us, particularly Nick Dewey, (Emily Evais’s husband), is a big fan and wanted us to come down and play that stage.

Speaking of festivals, you’ve been asked to play Nozstock Festival, (https://nozstock.com/) which is more of a family festival, do you think your music will go down well with that crowd?

Hopefully, I haven’t really thought about it, I just hope people enjoy themselves. We’re not offensive… well, we might be to some people but I hope we do well. Generally speaking, we get a lot of kids at gigs. When we did the UK tour a lot of parents were bringing their children. I think kids relate to the bouncy, almost comedic style of music. 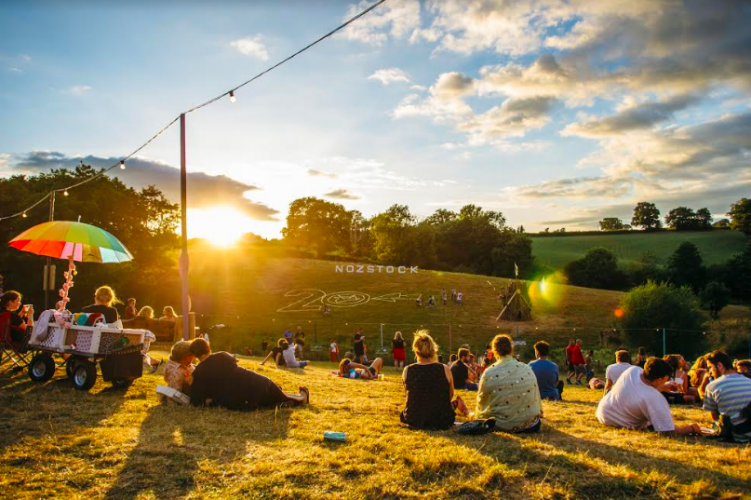 You released your fifth studio album, ‘Eton Alive’ back in February, and a lot of reviews said that it isn’t as politically driven as the others have been, do you find that your success has changed what you’re writing about?

Being in a different environment yeah. With success, you change and you grow, you change your mind-frame because you’re not in that mind-frame anymore. I’m longer in work, I’ve moved to a nicer area, bigger house; I’ve wreaked the rewards of my hard work. Before the album was written I was aware of this and wanted to write an album that reflected the current situation I was in. It’s important, to be honest about what you’re doing. I don’t think repeating ourselves would have worked. And to be honest, when you write an album, like our earlier albums, you have to be that person. There’s no point pretending to be someone you’re not because it just shines through, there’s enough of those bands around at the minute.

You’re headlining the Eventim Apollo later in the year, is this going to be one of your biggest headline shows?

Yeah, it’ll be the biggest one, 5500 people I think? I think we’re 60% sold out on that already, it’s looking good for it to be selling out. And we didn’t think it would, we’re not that kind of band to sell places out, not these big ones. We played Brixton Academy and only sold the bottom half of it. So I’m not expecting it to, but being 60% sold out already, it might look pretty full when we walk out onstage. We got some support acts in as well which I think has helped, Viagra Boys and Stewart Lee, which I think has helped push tickets massively, which we never looked into doing before.

This Feeling Track of the Day: Cleargreen ‘People’

This Feeling Track of the Day: The Vitrines ‘Where I Stand’