‘Minty fresh’ four-piece TOOTHPASTE have been making waves in the London music scene recently, and with their dreamlike sound, it is certainly understandable why.

We caught up with the band ahead to discuss inspiration, life as Toothpaste and what the future has in store.

So how did the four of you become Toothpaste?

We were playing together under a different name when we felt a minty burst of creativity and started to write songs in a sharper direction. Oh, and what is fresher than a tube of toothpaste?

The music scene in London is obviously pretty great – how have you found it?

There are some bands we have really enjoyed playing with in London, at some really great venues. Intimate shows are our favourite because we get to spend time with lovely people, musicians and fans alike, and have a wonderful evening.

What has been the highlight of your time as a band so far?

Working with personal hero Simon Scott [Slowdive] is pretty neat. More generally, it’s been witnessing how we’ve grown as a band in our inner circle.

When you’re starting out, or going through changes, it can be a frustrating experience, but it makes getting to a point of comfort all that sweeter. Feeling more positive about ourselves, and having fun when we play is key.

We’ve had some cool opportunities to travel and play shows in different cities and we only hope that it continues!

You say you’re inspired by the likes of Slowdive and Wild Nothing – what is it about that dreamy sound that speaks to you?

It captures that purgatory between your mouth and your inner voice. The space between what you say and what you think is mired by a sort of ‘mist’, not all that clear but clear enough that you hear it. And ‘that’ dreamy sound captures that feeling better than anything. 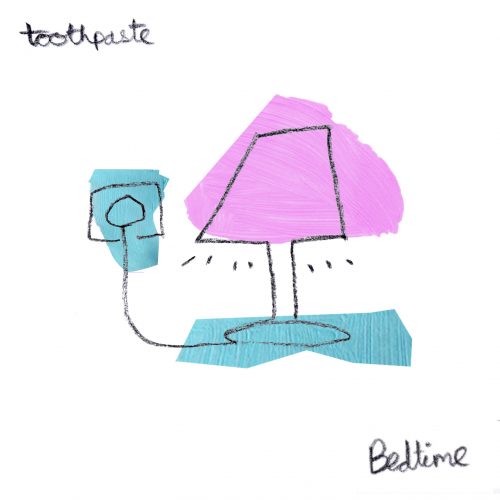 Speaking of Slowdive, how was it working with Simon Scott on your latest single ‘Bedtime’?

We’re massive fans, so getting over our own pee-a-little moment was the real challenge. Simon understood exactly what we were after from the get-go, which made everything so much smoother.  We’re still so pleased with how it turned out, so the fact he helped that was just the true cherry on top.

Both ‘Bedtime’ and your earlier single ‘TV Years’ have a very wistful tone to them – is evoking feeling something that’s important to you in your songwriting process?

Definitely! We aim to write songs that stick in the ear because of how they sound, but also because of how they remind you of a person, memory or a feeling. It creates a warm soundscape that we hope is accessible and sounds good to anyone who hears it!

What can we expect from Toothpaste in the near future?

World domination. But in real world terms, we’ve been writing a lot of tracks we’re all dying to get recorded and released, so we’ll be playing a lot more shows in the near future to go with them – and with any luck, we’ve got a few surprises in the pipeline to look forward to as well!

You can support the band by buying the single on Bandcamp here.

This Feeling Track of the Day : Tom Lumley ‘Modern Age’