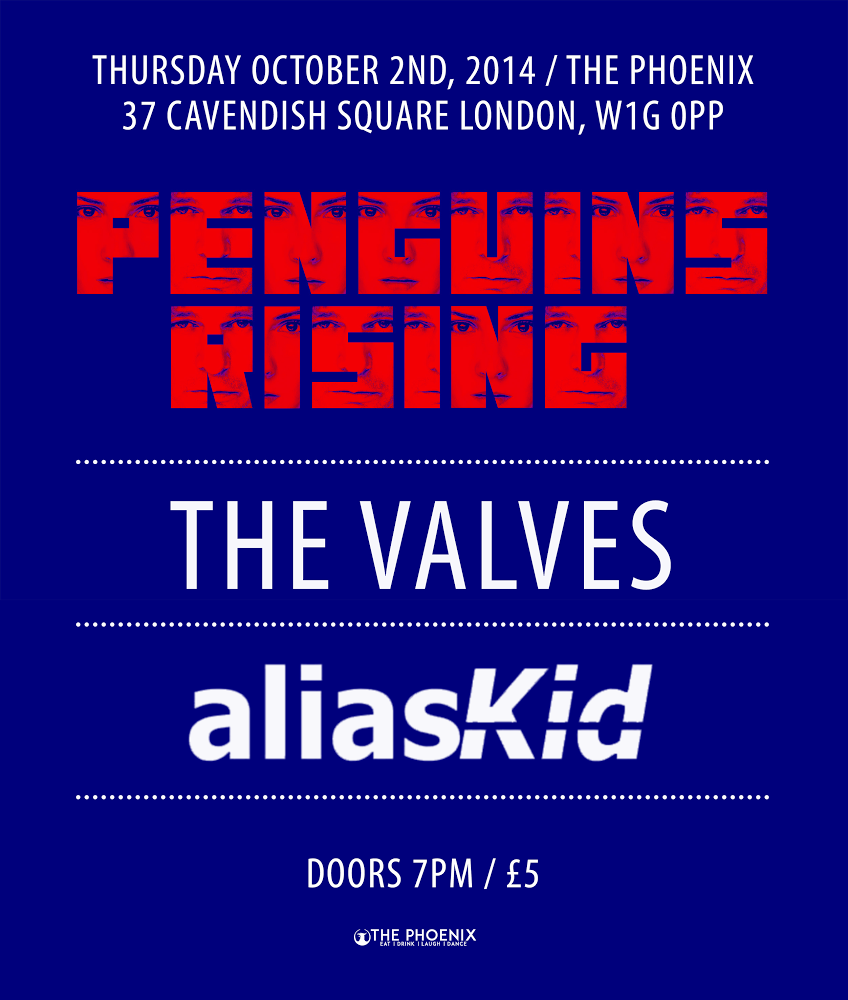 Raff Jago, sassy frontman of The Valves was kind enough to answer a few questions about his newly formed three piece, also performing on Thursday night. Despite having formed in only July of last year, The Valves have swaggered their way through a series of sold out UK tour dates. No nonsense rock-n-roll with elements of blues and punk – coupled with a confident cheeky wink define their sound and vibe.

What’s your story Raff? How did you get mixed up with these kids in the valves? How’d ya’ all meet?

From London, come from a hardcore background which I stopped playing in a couple years back. I started the band last year. We had a different line up but due to some odd events, decided to part ways and find a better suited outfit, which I found in some of the dirtiest dives in the city. We all got on and now are The Valves.

You formed in July of last year and you’ve got nearly 6000 FB followers and a huge buzz. What brand of witchcraft do you practice? Career highlights so far?

Yeah we played a lot of shows last year, a good support tour around the UK and played some high profile events etc which gained us a big buzz and a good following around the London scene high and low profile, we played a show at the Groucho club which got us a strange appreciation from Nancy D’ellolio….

Would you sell your soul to the devil to become an iconic rock star? Yes / no & why?

I think its a little bit too late for that, but he still owes me what I paid for….. but its simply to do what I love and get my message out there.

Tell me about your craziest experiences in the USA. I understand you’ve been to 47 of our fine states.

Well its a crazy place full of crazy people but very awesome none-the-less, one year at SXSW was nuts, we turned up to a hotel with a congregation of five bands in 5 buses after the show. The manager sees 5 buses turn up and just comes running out and starts shouting “y’all can’t party in inside, y’all gotta party out here I tell ya!!” it was hysterical we were all in a Austin Texas  hotel car park till early hours of the morning defeated the object of staying in the hotel in the first place.

Who would you most like to go back in time and open for / what gig / what band and why?

I would have loved to open for The Stones circa 1972 / 1973 at Madison Square Garden, saw it in a doc, Keith would have been the best person to party with, in fact he probably still is.

Zeppelin every time but I do love the Beatles

I should say Fender as I have a deal with them, but Gibson, is this going to get back to them?

Headlining the evening is Alan McGee discovery Alias Kid. It’s fitting that McGee has taken a shine to Maz Behdjet and Sean O’Donnell, the main partnership in this outfit. Their songwriting and sound is reminiscent of Oasis and Primal Scream, with a splash of Black Rebel Motorcycle Club, and their single “Revolution Sometime” is out now.

View all posts by Jen Kent →

Ones To Watch: Savannah