Truck Festival 2019 returned to the beautiful countryside of Oxfordshire, with melting hot weather greeting Thursday entry festival-goers, as they set up their tents and made their way down to the arena where only two stages were open, The Market Stage and the This Feeling stage.

As Lady Bird finished their set in The Market Stage, punters made their way over to the This Feeling tent where charismatic, power-pop rock band The Gulps were playing. The band were clearing having a great time playing and their infectious mood spread to the audience who danced along, enjoying the charming swagger of front-man Harry’s performance as he strode around the stage, sunglasses in place.

Later on that night, Saint Agnes closed the first day of Truck Festival, with their late-night performance that pulled a huge crowd. Ethereal and captivating, the band’s classic rock music was a refreshing twist on the genre, each member oozing a cool demeanour as they light up the night, captivating the audience.

And then Friday rolled around, the first official day of Truck where the arena was finally open to all attendees as they poured in by the dozen for this sold-out festival. Beach Riot opened up the This Feeling stage and didn’t let the fact they were on first shake their confidence, as they launch into a heavy, grunge/indie-pop set, waking up the audience, an energy surging through the crowd that lead kids to start moshing at the front. 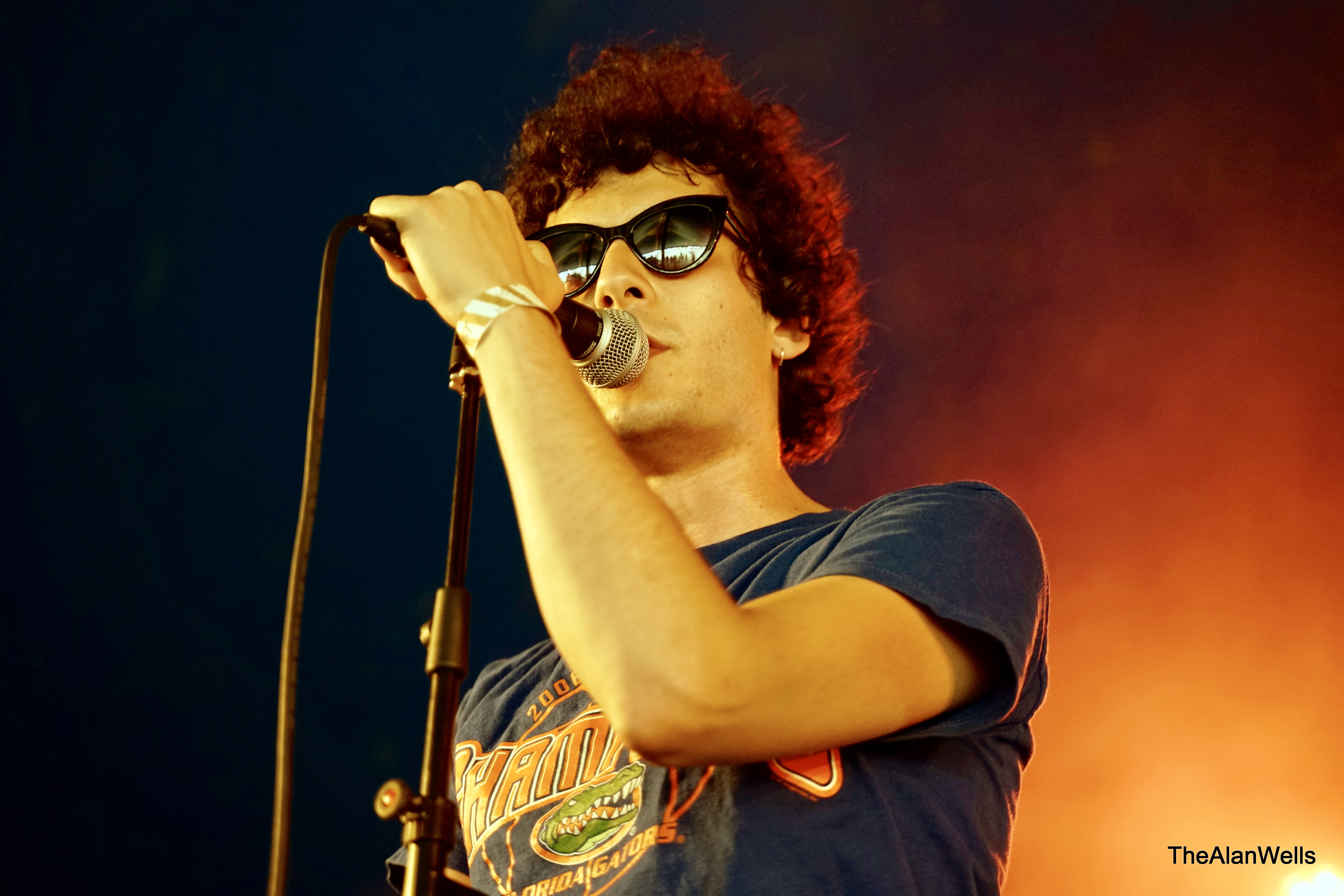 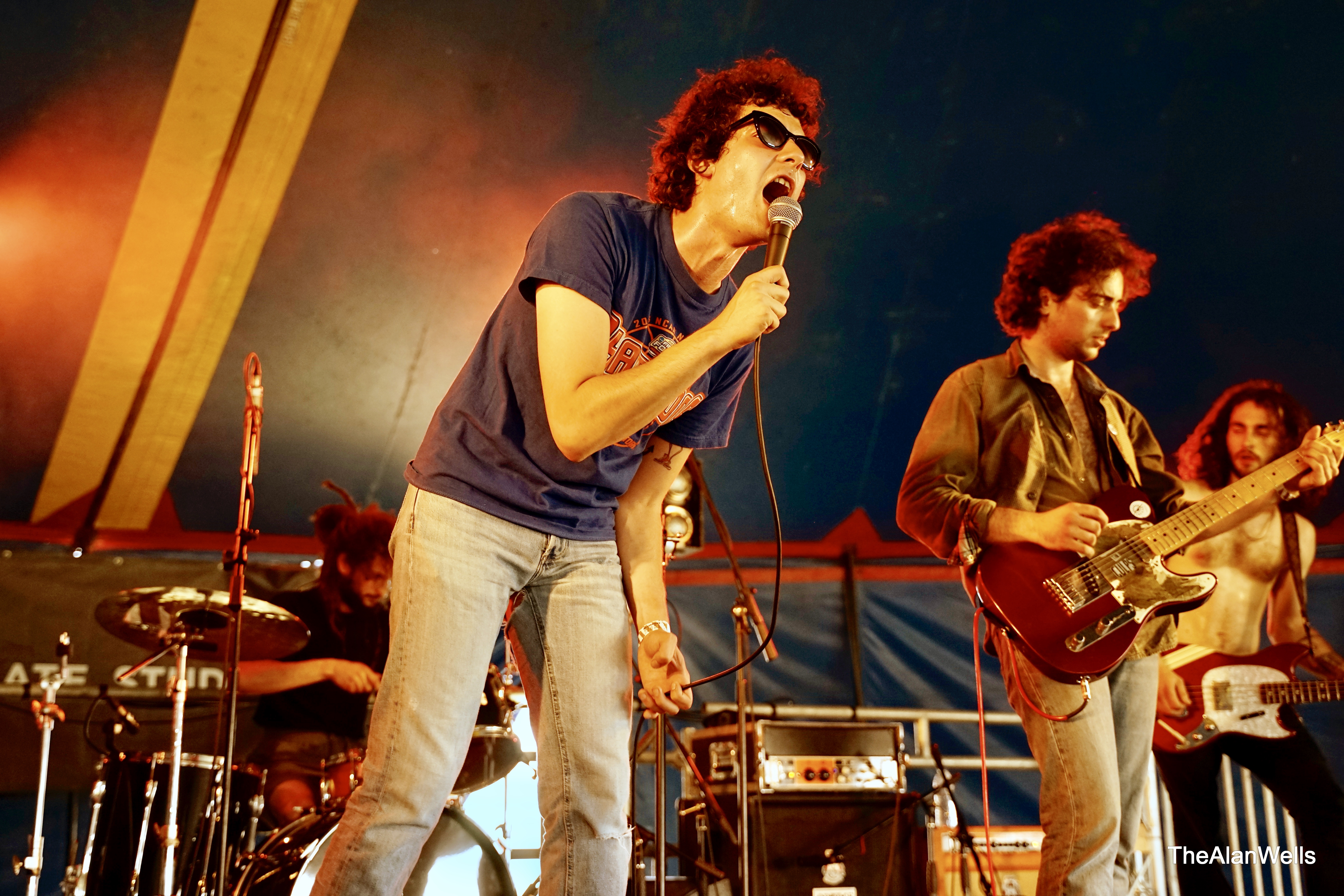 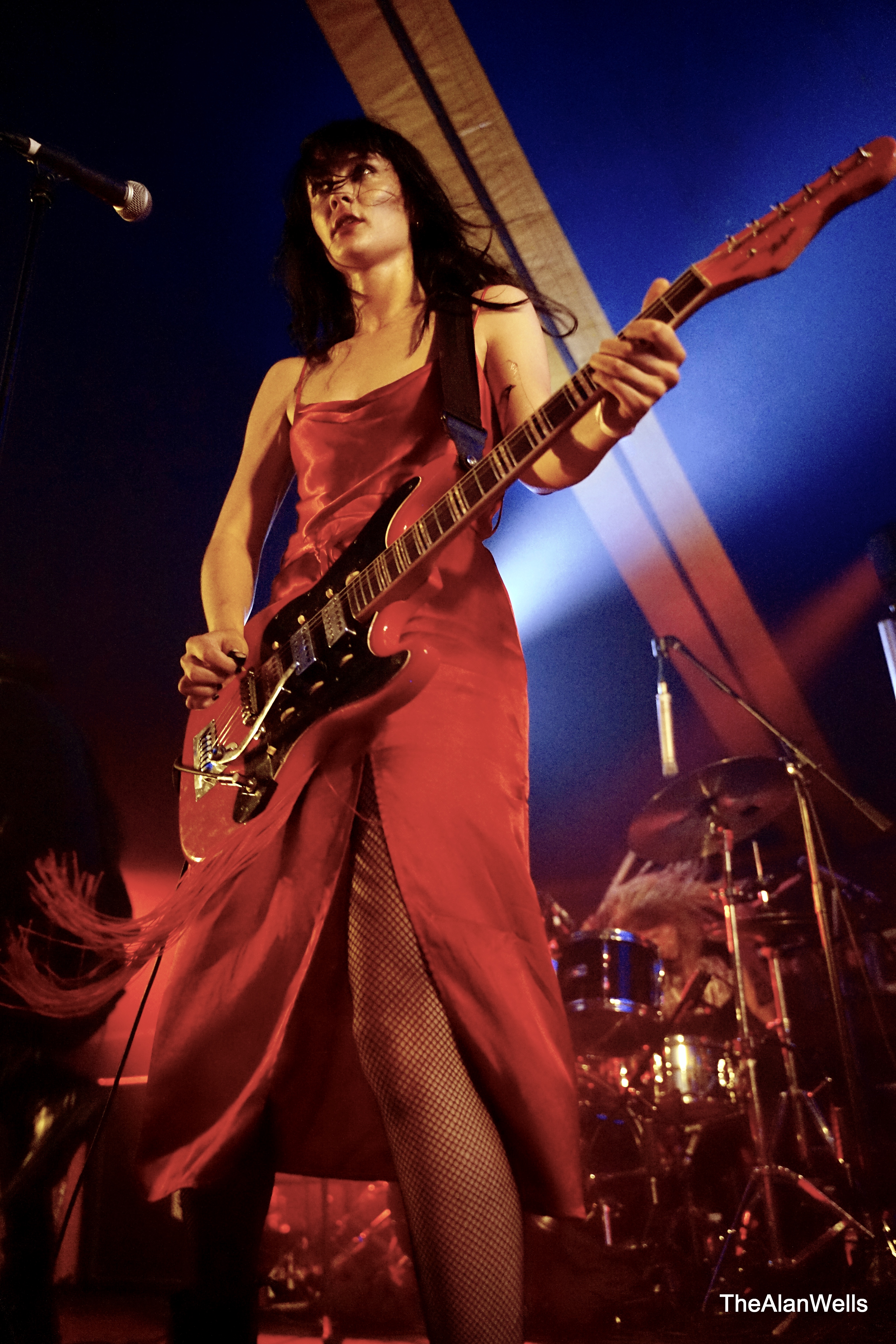 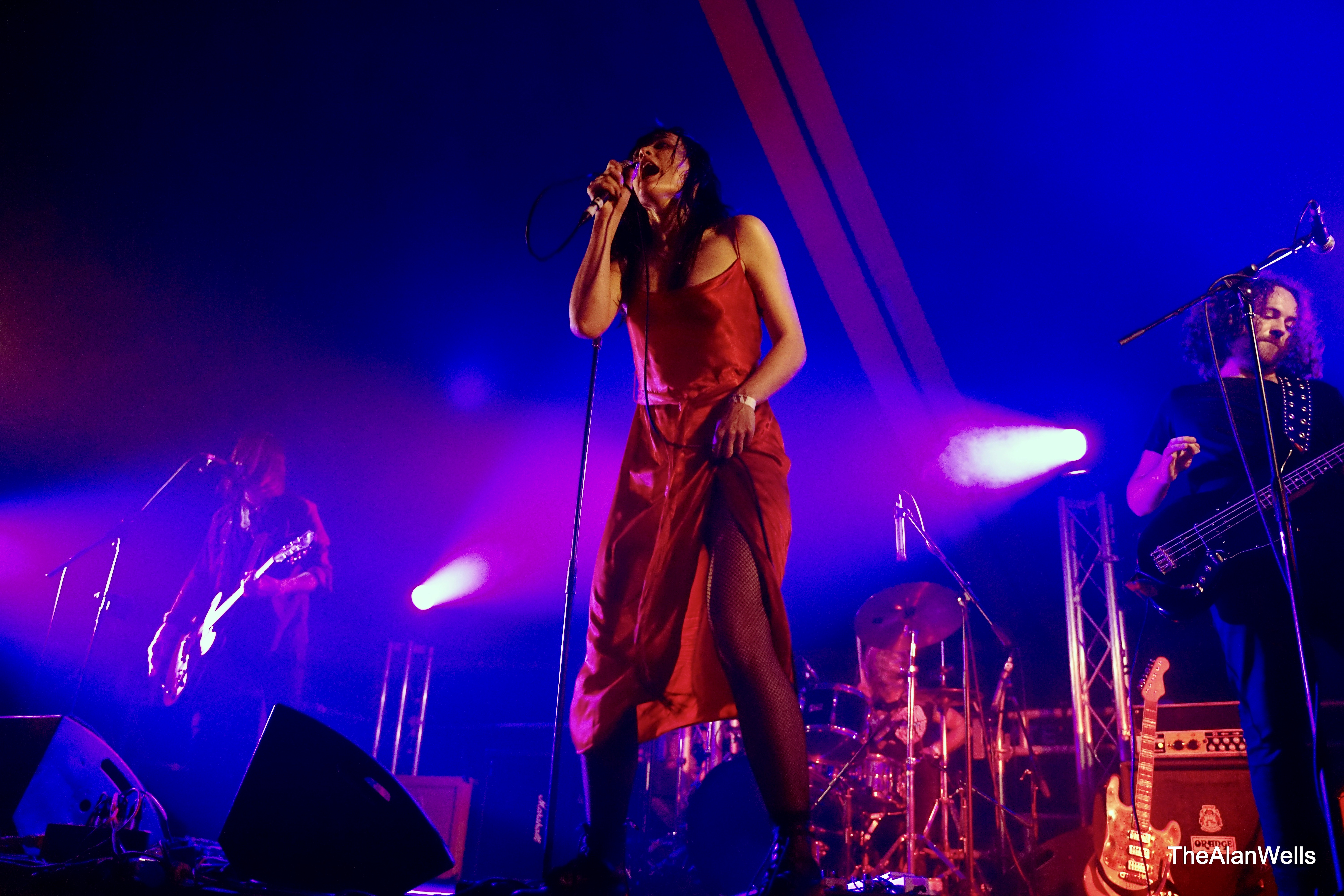 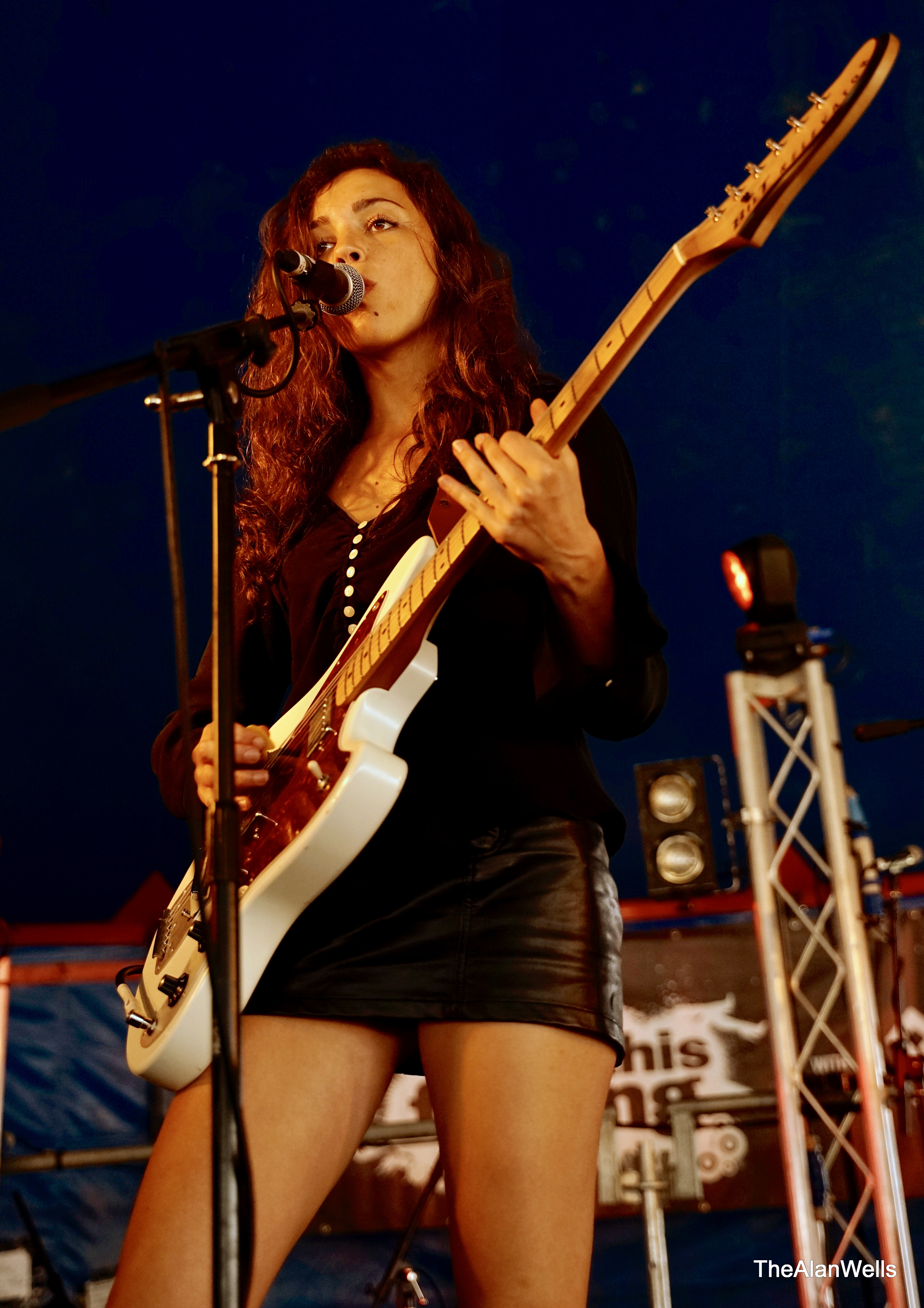 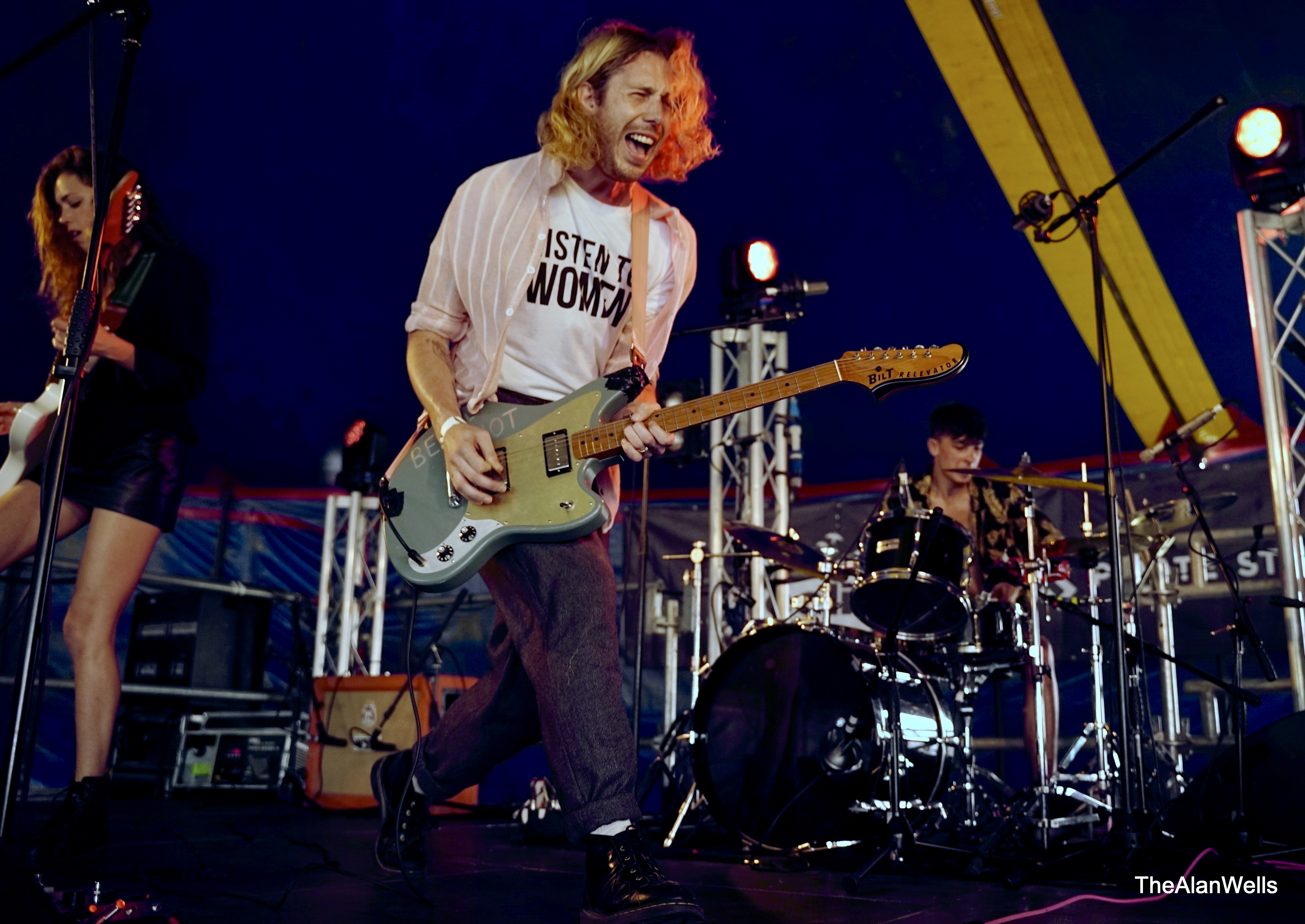 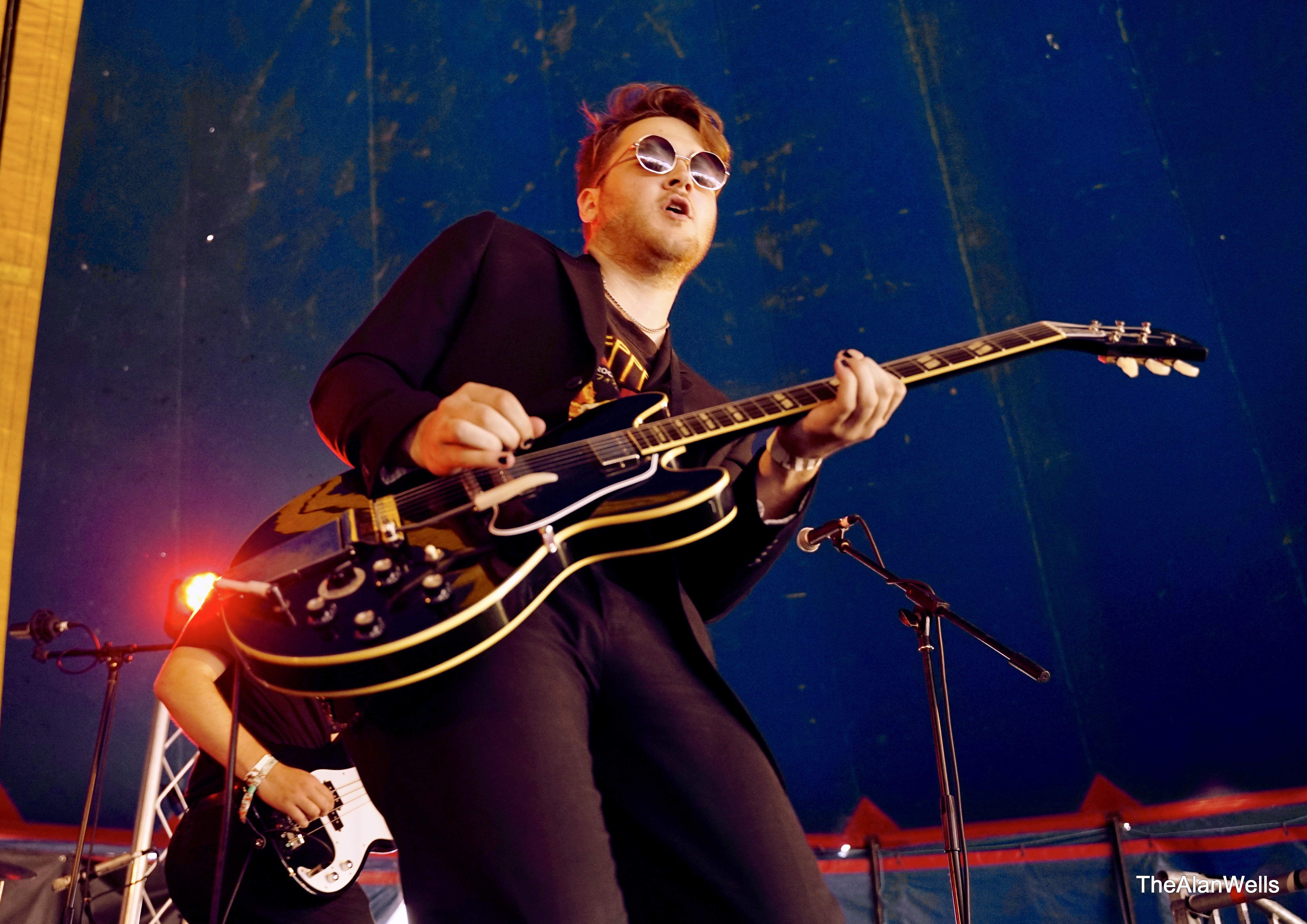 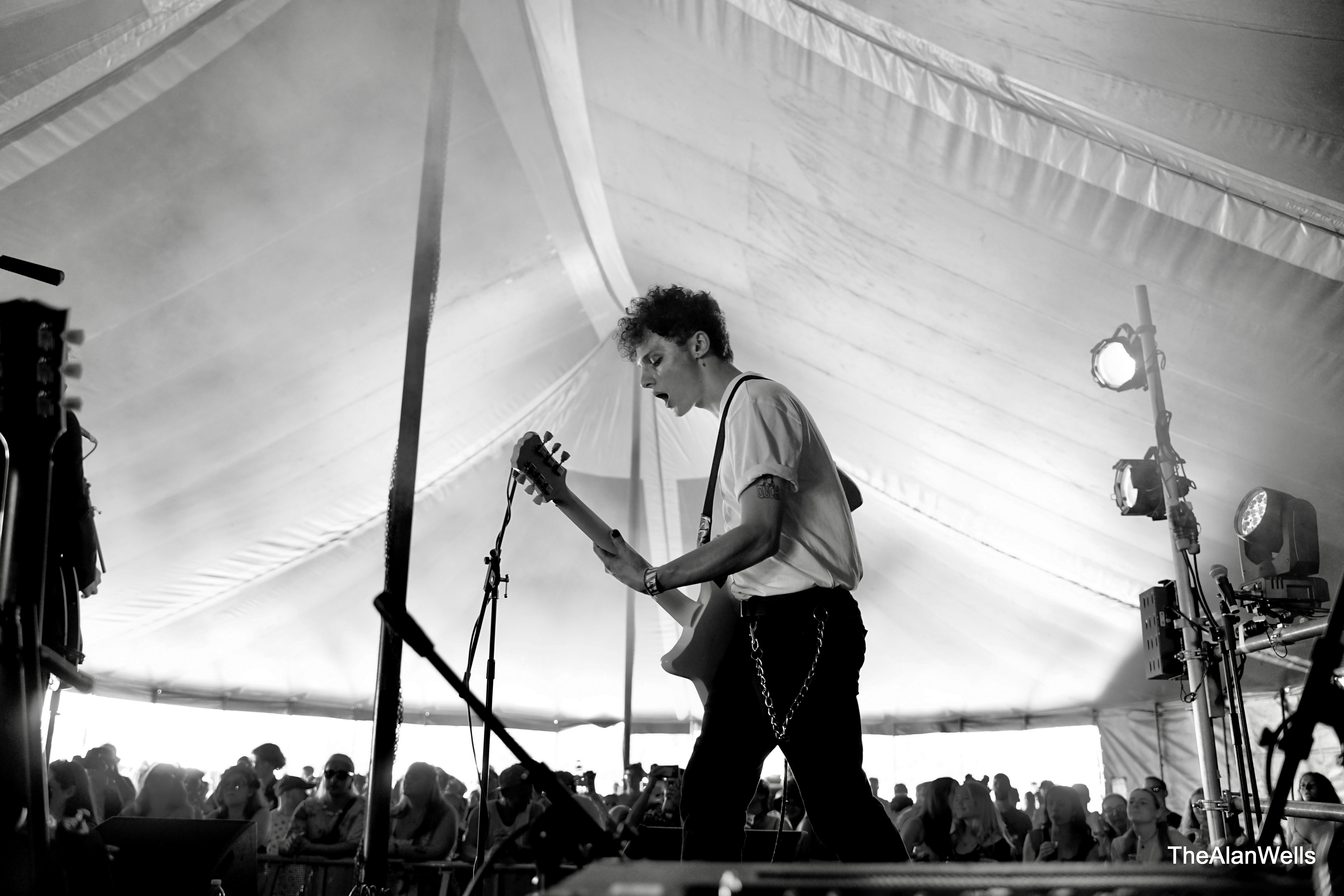 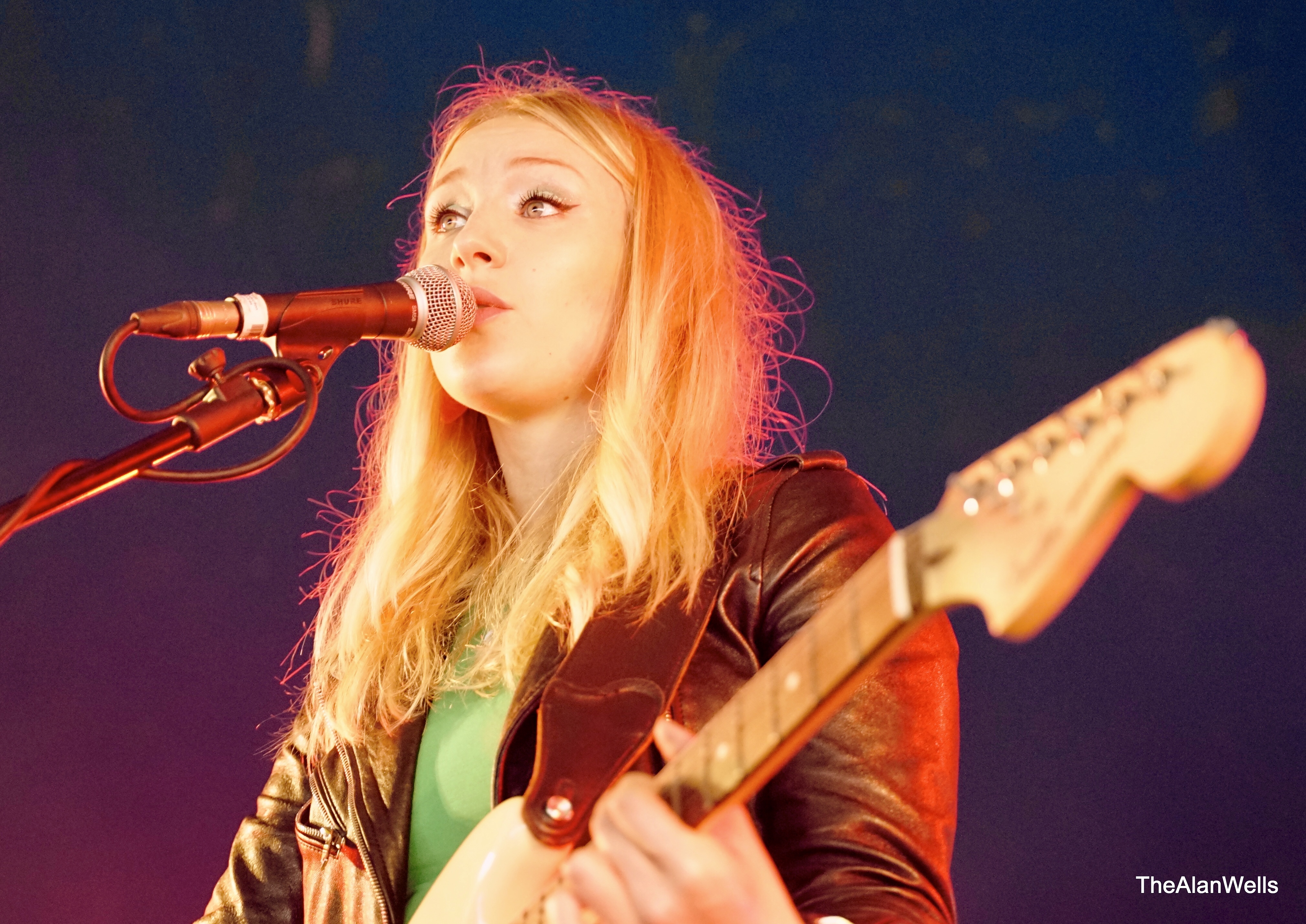 Just as Idles finished on the mainstage, indie alt-rock band JuiceBox took to the This Feeling stage, coming across cool and eclectic, their old school rock’n’roll songs hitting home with the watching crowd, as chants of, “10 more songs” could be heard echoing around as the set came to a close.

Also playing the stage that day was Airways, who after a problematic set at Y Not Festival, (due to technical difficulties of the organisers), were ready to give all they had into their performance, cheeky charmers and This Feeling 2019 Alive Tour band The Estevans, and headliners Sugarthief, along with the silent disco that took place in the tent after the music had finished.

Walking past the This Feeling stage on early Saturday afternoon, the smooth, strong vocals of Oxford-based singer Dolly Mavies could be heard drifting out, her voice soaring as she covered of Fleetwood Mac’s Dreams.

Indie-pop bad Sad Boys Club created a jazzy performance, as lead singer Jacob danced around the stage, slightly ironically wearing a Metallica t-shirt and they launched into a cover of Torn by Natalie Imbruglia that had audience members singing along.

Performances throughout Saturday also included Latenight Honeymoon, Lacuna Bloome and Red Rum Club, who’s headline performance created a feeling like no other, their alternative rock, almost Spanish style music making their performance a complete contrast and complete stand out set of the day, people chanting the bands name before they’d even taken to the stage. After a huge performance at Glastonbury 2019, the band had come straight from Kendall Calling which they played at 1 pm to their set at Truck Festival at 9 pm, not showing any signs of deterring from non-other than a perfect set.

Sunday was the last day of Truck Festival, and although may have potentially been the day of recovery for punters who stayed out late on Saturday night, there were no signs of this, as huge crowds gathered from the very start of the day to watch bands and continued to throughout the day. Indie-rock band Mellor fitted the sunny weather perfectly, their warming music and catchy lyrics sending good feeling throughout the room.

Just after them, Scottish band Vlure bought a completely different atmosphere to the crowd, their dark, mysterious, heavy performance proving just as popular, lead singer Hamish Hutcheson stalking through the crowd, before climbing onto the barrier, leaning up onto the pool holding the tent up, and thumping his chest in time to the heavy beat that was being created by both a seated drummer and a standing drummer, their in sync playing reinforcing the intensity of the song. 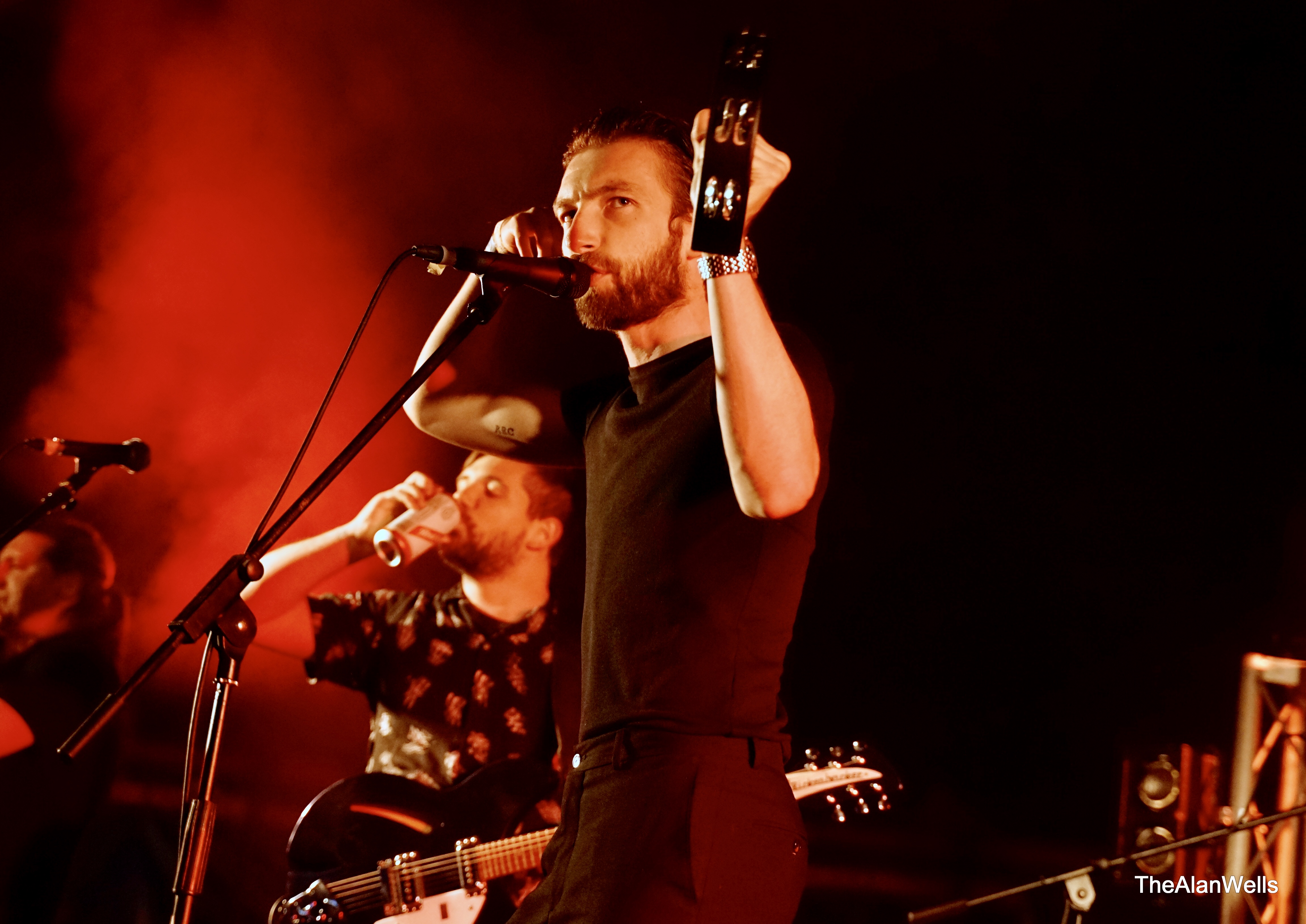 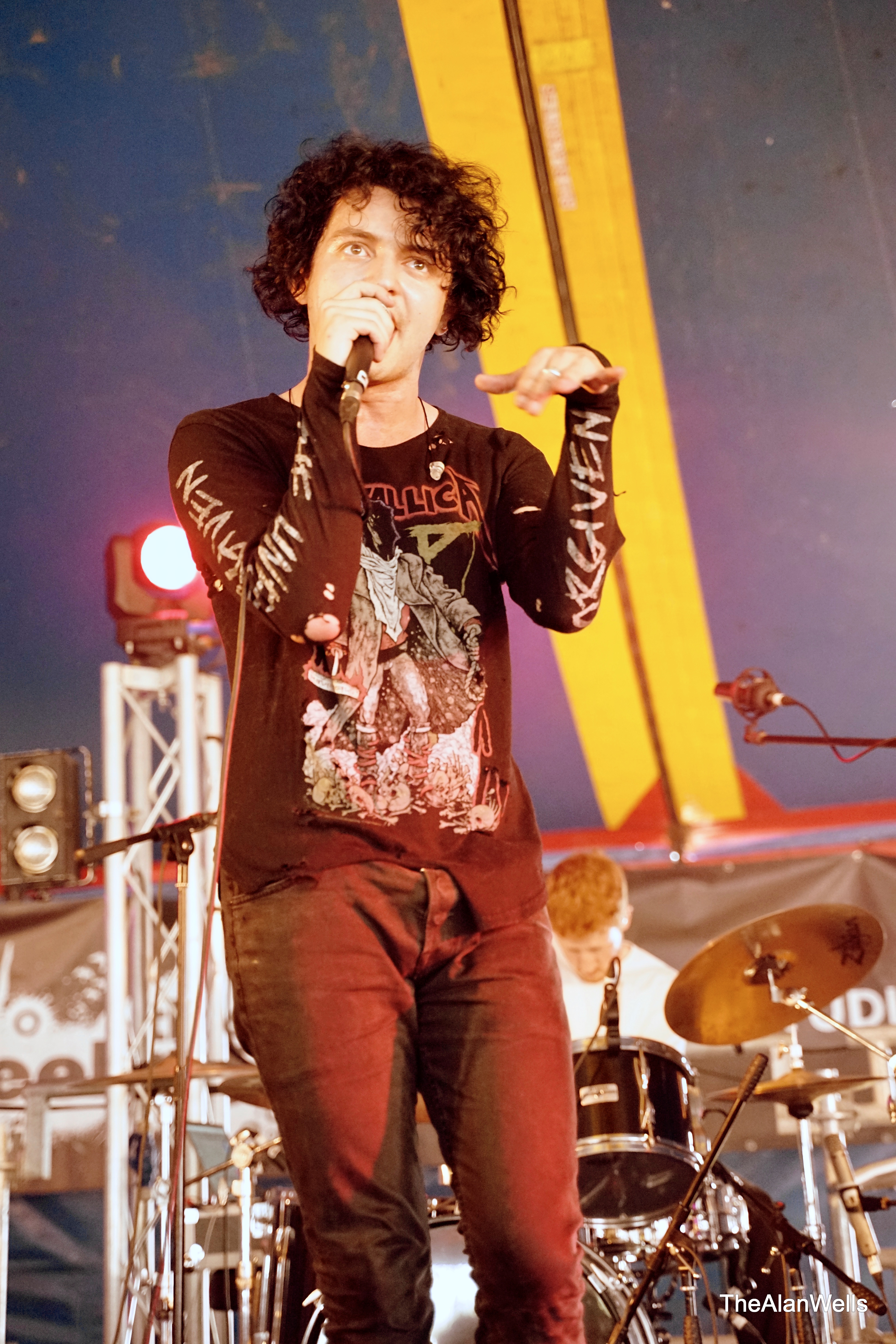 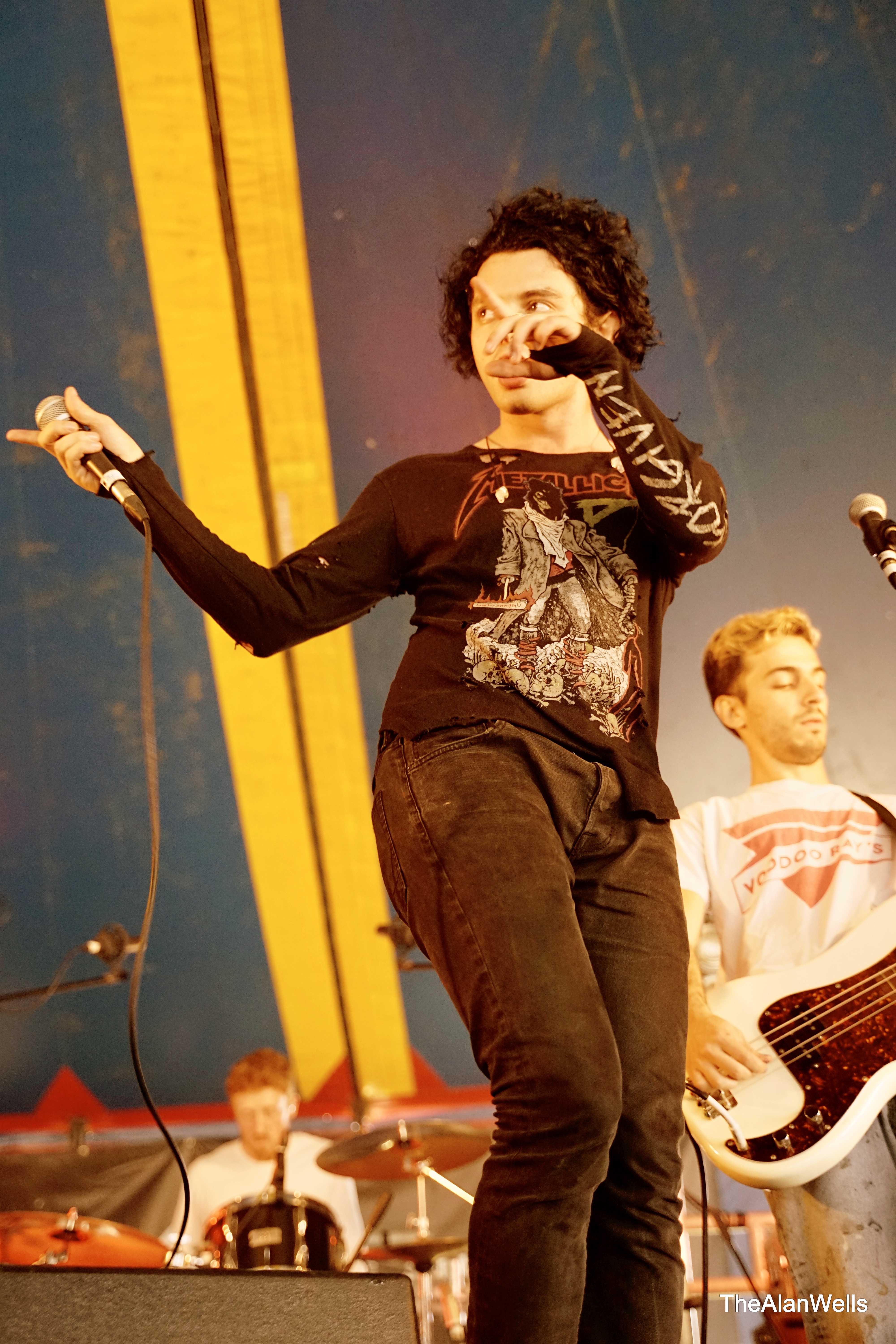 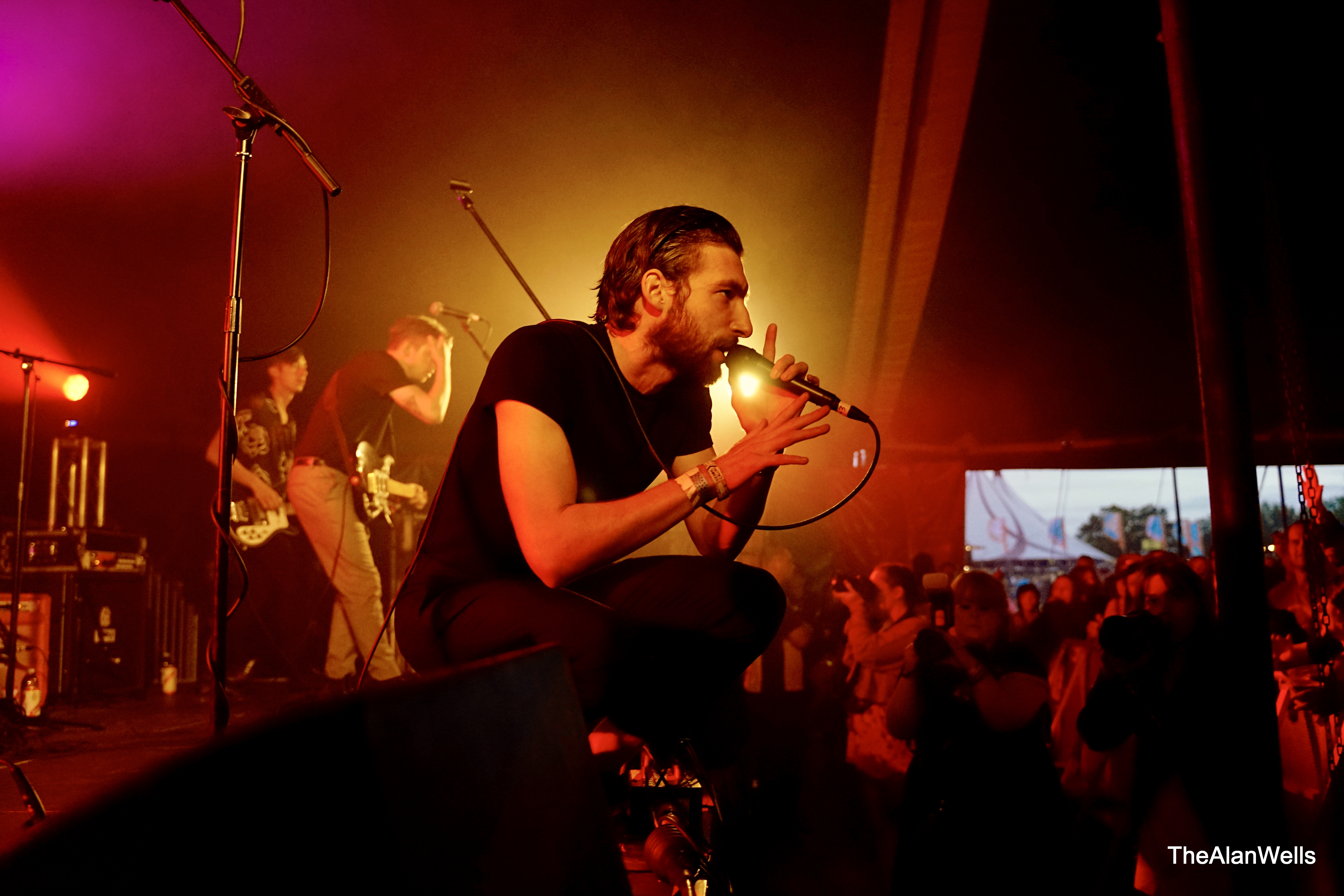 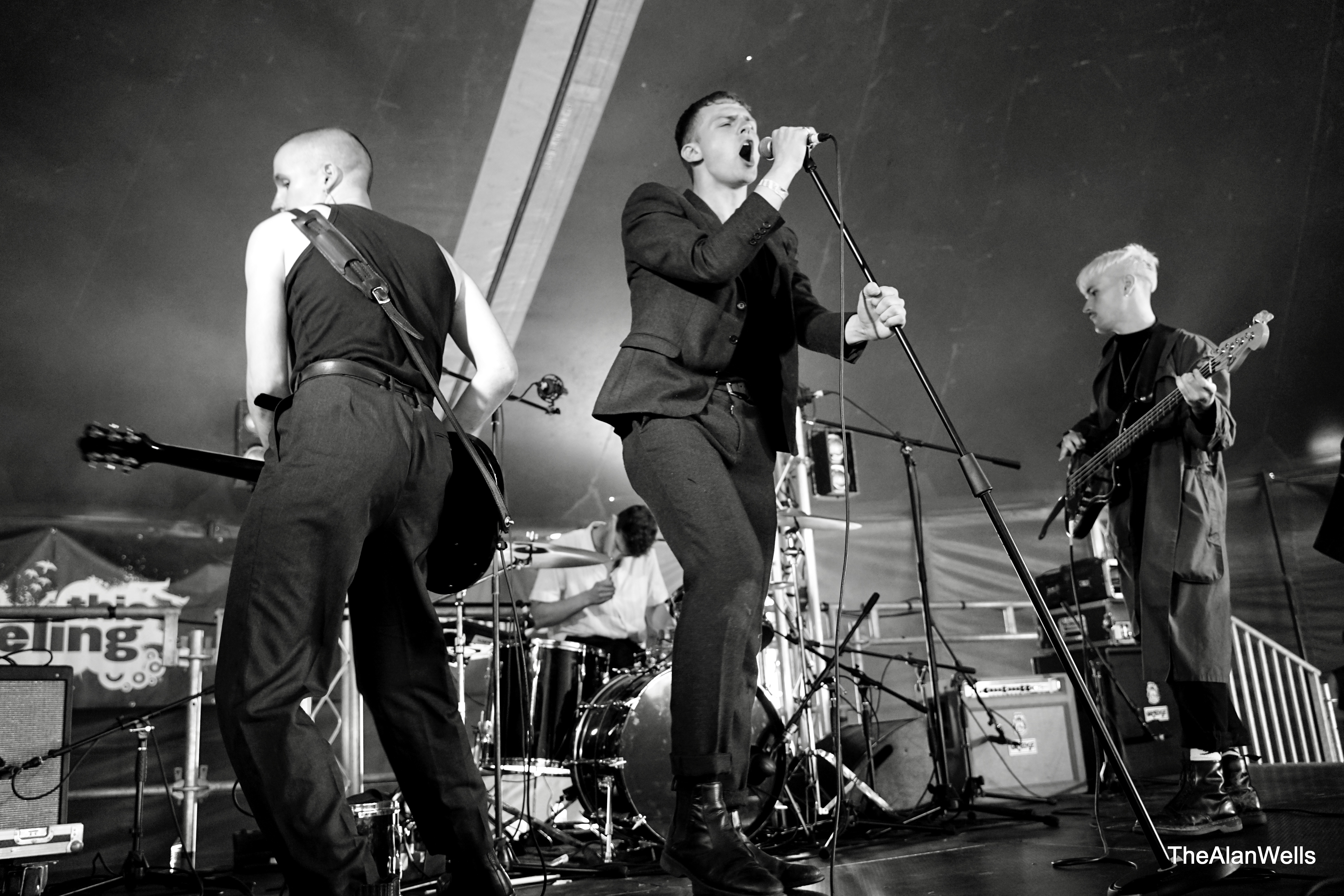 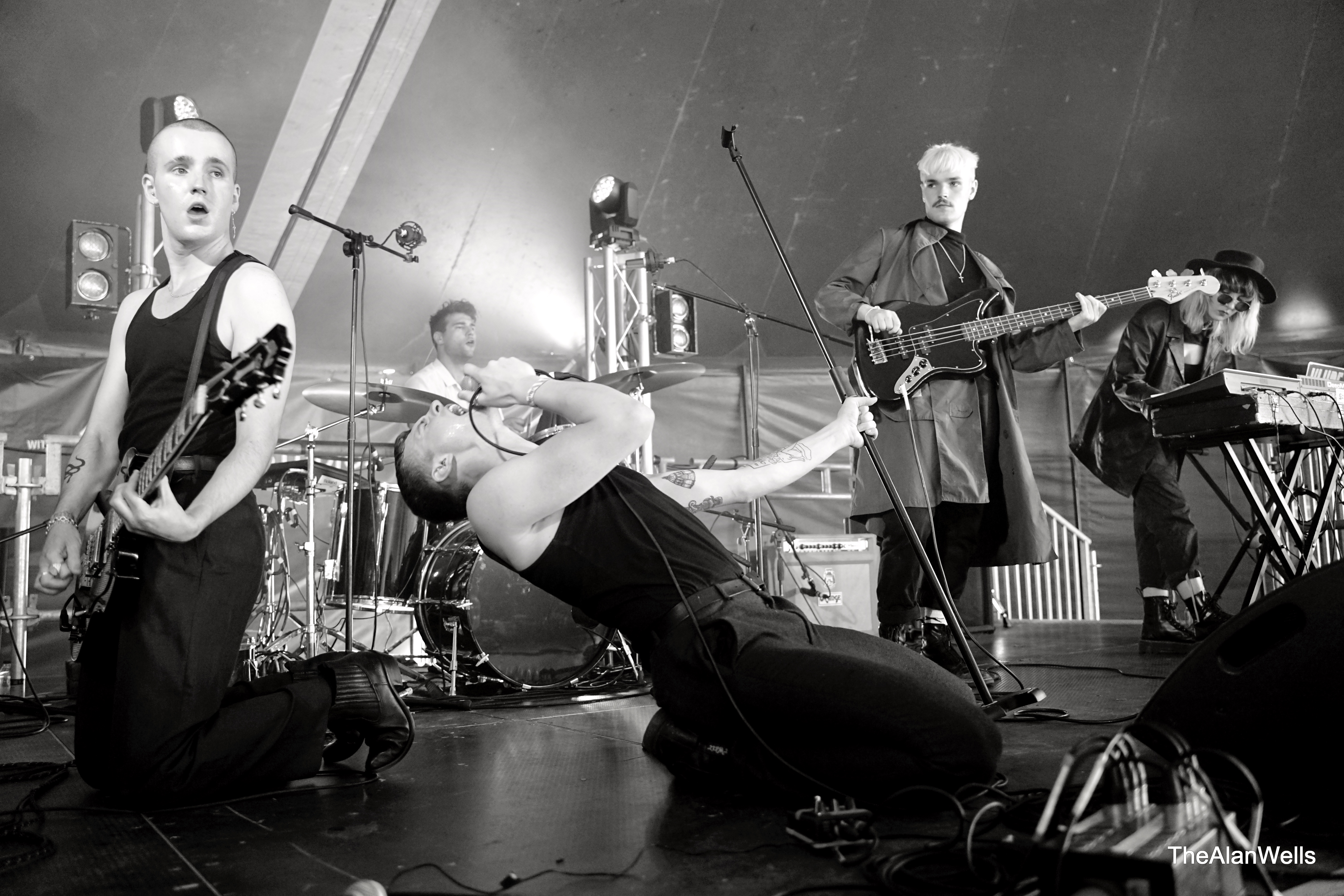 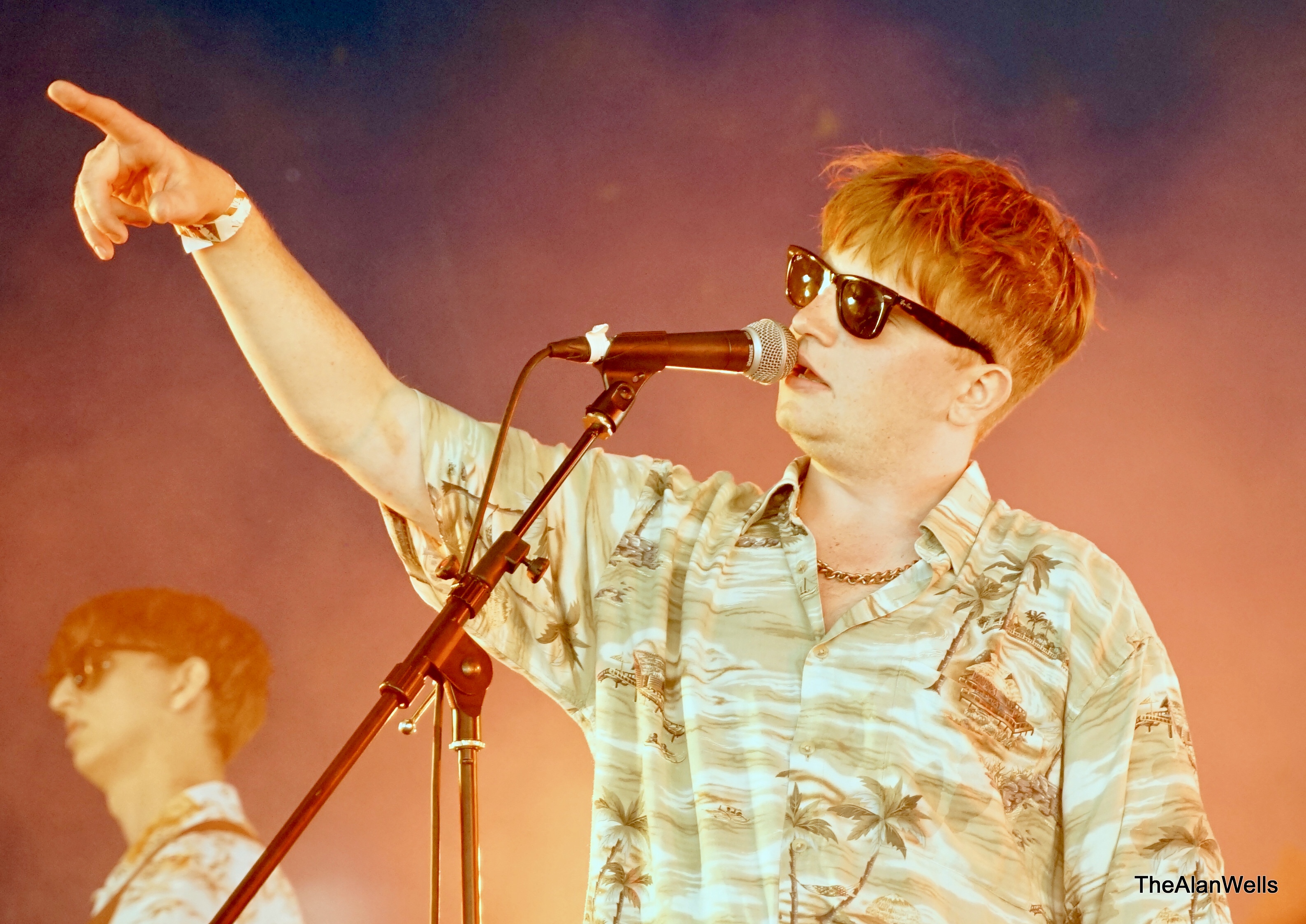 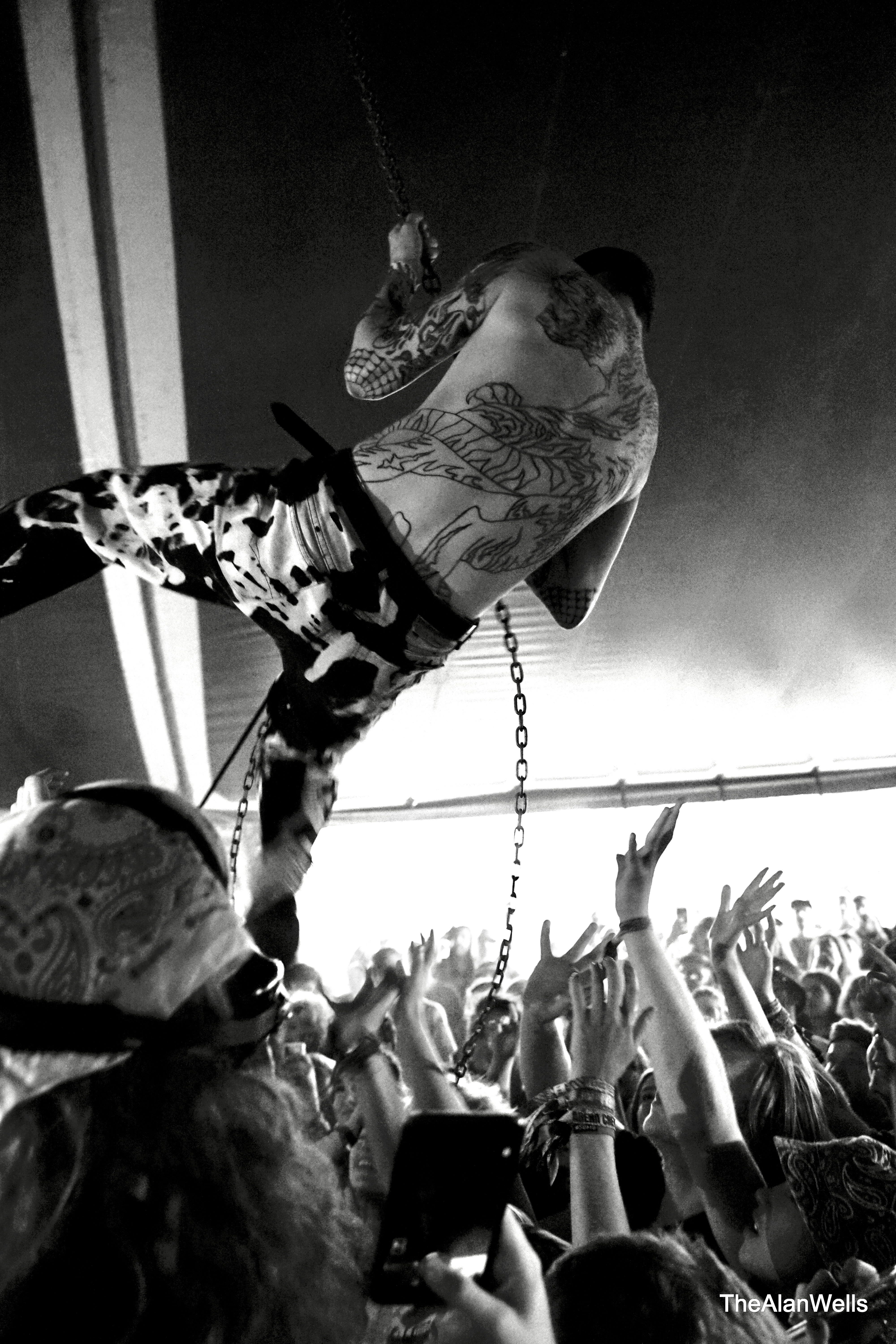 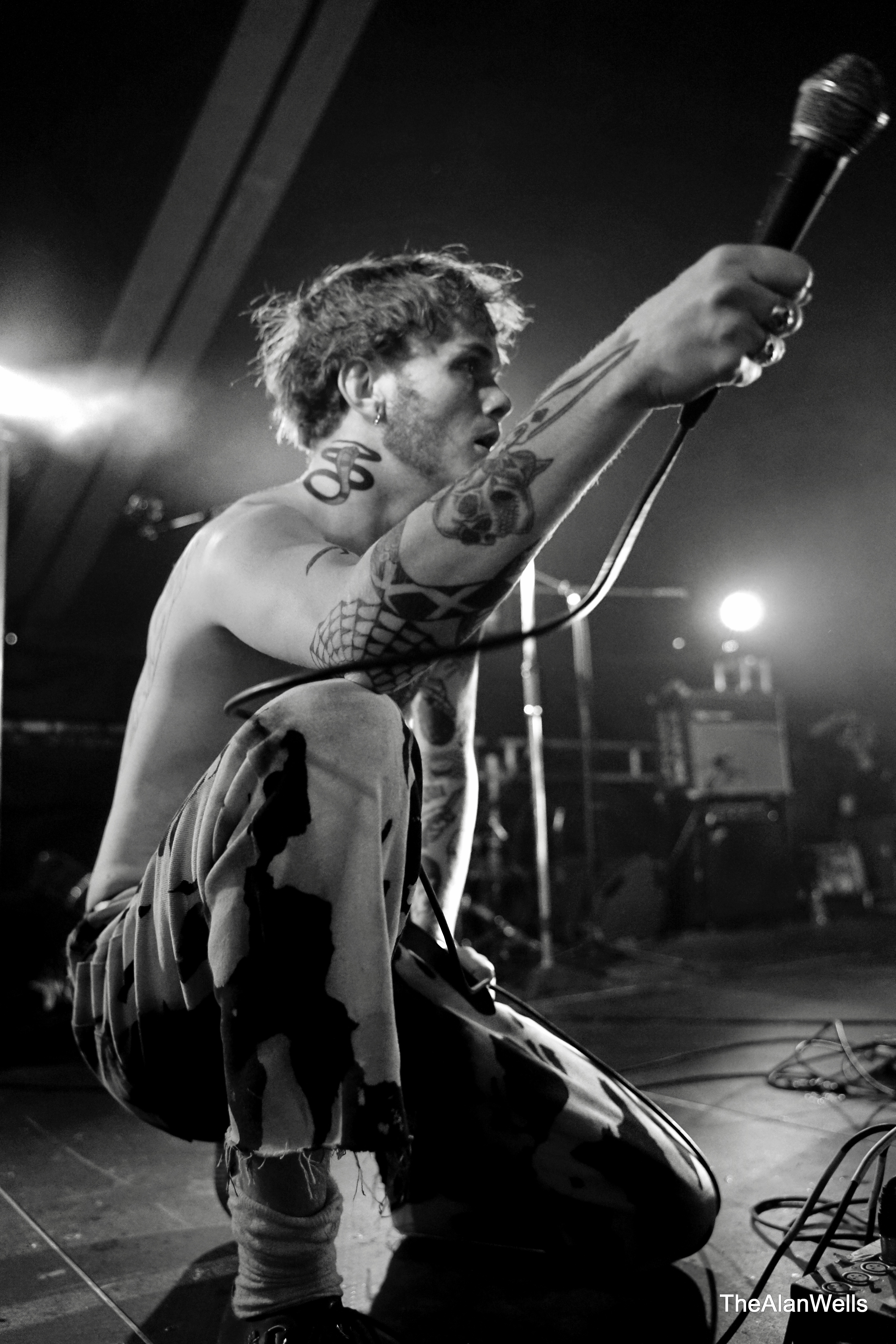 And last but not least was psychedelic, punk rockers Strange Bones. Young fans packed out the tent, ready for the band to leave their mark on the festival. In true Strange Bones style, mosh pits formed during the first song and remained throughout the entire set, as lead singer Bobby Bentham swung from a chain attached to the tent pole over the crowd, snarling into his microphone, an electrifying and almost scary presence. He growled at the crowd and they roared back in appreciation, sweat dripping down faces, as the band and fans together gave it everything they had, a remarkable end to the This Feeling 2019 Truck Festival stage and one that no one is going to forget any time soon.