Winning the hearts of the globe as well as their attention, Christine and The Queens has unveiled their return to the live circuit with four October/November/December 2018 dates.

Héloïse Letissier, better known as chart-topper Christine and The Queens (or ‘Chris’ as the new moniker suggests) has scheduled new dates for the end of 2018.  These special shows will take place across Los Angeles, New York, London and Paris.

The four performances were announced via an official Christine and The Queens tour poster, which features fluorescent green scribbling – depicting the artist is simply now known as ‘Chris’.  The poster also reads “girlfriend don’t feel like a girlfriend but lover damn, I’d be your lover.”

Adding to the authenticity of the new moniker, Letissier has also changed her Twitter name to ‘Christ̵i̵n̵e̵ ̵a̵n̵d̵ ̵t̵h̵e̵ ̵q̵u̵e̵e̵n̵s̵’.  Is the Christine and The Queens era over?  Long reign, Chris?

Although we are left with more questions than answers, what we do know is that the artist will be heading to Los Angeles’ Wiltern on October 27 before bringing her show to the likes of New York’s Brooklyn Steel (31), London’s Eventim Apollo on November 29 and finally, Paris’ AccorHotels Arena on December 18.

Tickets are set to be made available via Christine and The Queens’ official website. 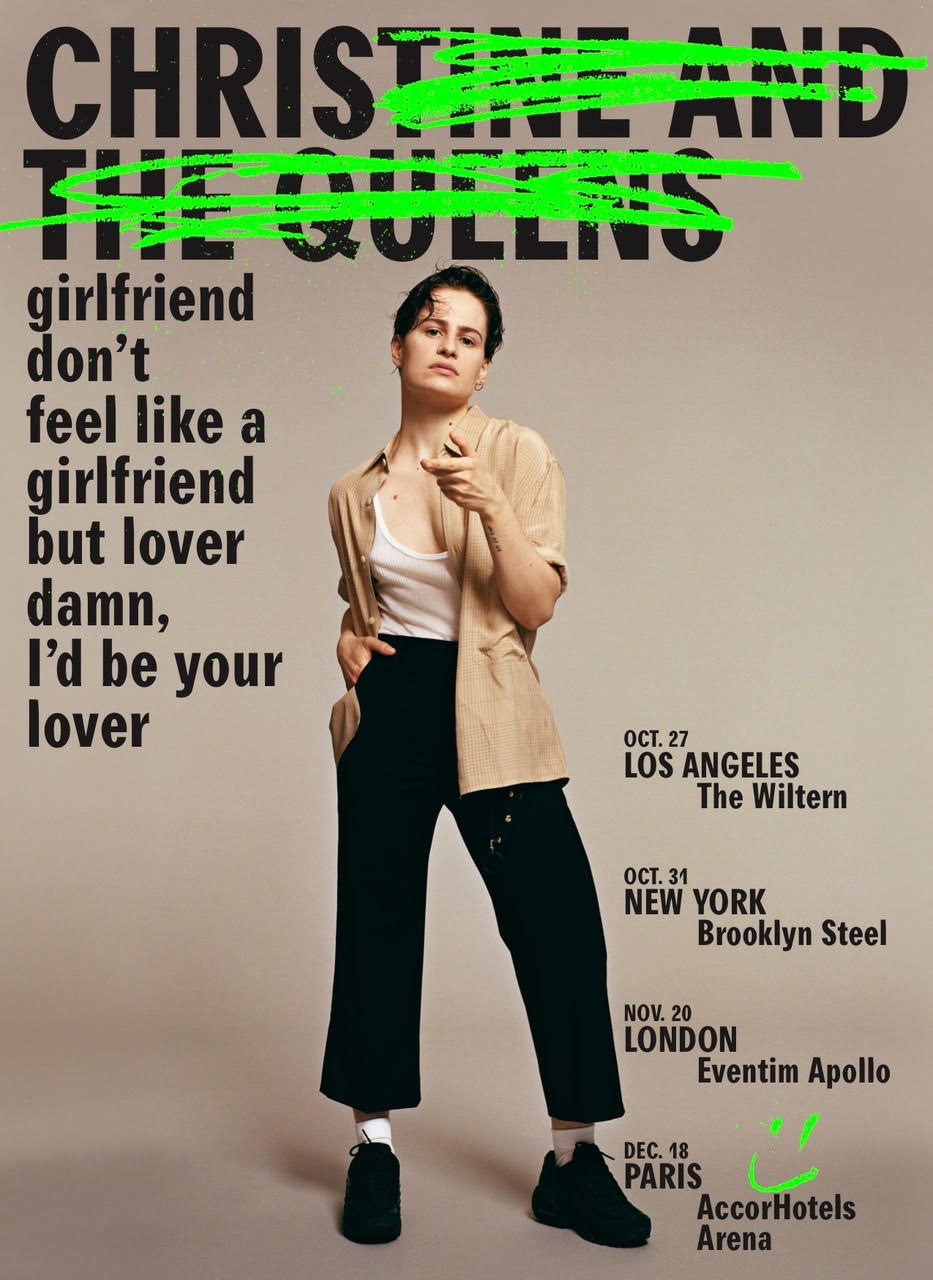