It was a fairly regular occurrence. 10.45ish, the bell rings and the landlord shouts “time at the bar please! Time at the bar!”. Rich and I knew what the script was. Furrow browed obstreporous young men looking for targets for their anger. Bedecked head to toe in brands. Upper half usually pastel Ralph Lauren, lower almost always fake Armani Jeans. Their attention would inevitably turn to the two lads who hadn’t conformed to the acceptable dress code.

We’d always get away, and would return the following week even slightly more mod, or camp you might say! Baby blue sta pressed or crease front jeans, big parka, nubuck 60s loafers bought from Bullfrog in Greenwich. 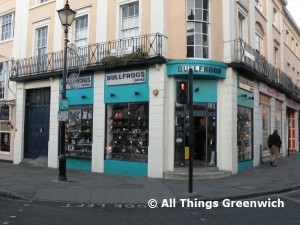 The place in question was the Moon & Sixpence in Welling. Descended upon weekly by angry young men. This was pre ’95, pre the Weller and Ocean Colour Scene inspired mod revival that saw Liam & Noel’s more rocker than mod outlook change to ditching their baggy estate garms and end up tieing Tootals around their necks when applicable and whacking a big target in his bath.

Being a couple of rare mods in a town like Welling gave you an identity, as would any subculture, but modernism, to us anyway, was different in more ways than one. The lineage of mod culture that inspired the post war working class hordes, still rang true with us. The pride in the detail, spotting an ensuing trend on the horizon and putting your own twist on it so as to take the wind out of the dedicated followers of fashions’ sails, casting it aside immediately if your adopted new touch was seen on anyone else. Being truly ahead of the curve. Never ever following a trend, even if it was an acceptable look. A sinking feeling if another lad was seen in the same item of clothing you’d acquired. The piss being taken out of you by people in the pub or on the high street, then seeing the same people donning those shoes or that belt months and months later. I remember wearing a skinny suit with Converse around this time and walking into a pub in Welling, whole tables of lads turning and shouting various dead head gags about “forgot yer shoes?!” and “you can’t go jogging in a suit mate!” etc etc. You walk back in there the next Summer and they’ve all got a pair on.

Although this all consuming past time has dimmed over the years (for various reasons), it’s still there, tucked away in a finely ironed corner of my soul, manifested from time to time in an action or a purchase. 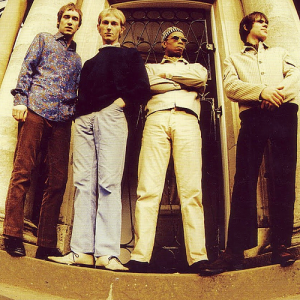 Ocean Colour Scene’s influence on us and our social group cannot be underestimated. Seeing what Fowler or Cradock were wearing on TFI Friday or TOTPs would immediately be the topic of passionate conversation on the walk to the pub with feverish plans made for the next day’s shopping “Hyper Hyper in Kensington, they’ll deffo stock Fowler’s strides” would be a typical claim, always 100% sure, without really knowing. Part time earnings were saved and parted with, more often that not at what was then a tiny boutique behind Neal St; Sam Walker. You’d find a pair of shoes or boots that you knew no-one else would have, allied to the burning anticipation of wearing them that evening, a toxic heady sensation, also knowing full well that lads would mock but girls would take stock. Avoiding temptation to change into them immediately for the walk across to the basement Soho vinyl shops to listen to old Ska greensleeves for free, always promising to buy next time.

Being a mod at that point felt precisely like being in an exclusive club. Every week seemed to join more of the dots. It was like a treasure hunt that you and your mates were on and no one else was invited. At the same time a portal to wells of knowledge. Much of the light shining the way emanated from a torch held high by OCS. Seeing the Travellers Tune video, feeling like a door had been opened, and studying the mod references in each and every video, be it clothing or music, via a pin badge or a record sleeve placed somewhere. Discovering the Narnia that was the world of the Small Faces, Marriott’s attire joining more dots and bringing even deeper inspiration and fresh ideas, digging deeper into Weller’s influences and secret messages within his back catalogue, picking apart and learning Pete Meaden phrases, realising how right your Dad had always been about The Who and memorising every lyric on the Quadrophenia soundtrack incase it came up in conversation, discovering a northern soul night above the Spanish Galleon in Greenwich and under the Paradise Club in Deptford (what is now the Albert), and the utter joy that would bring, knowing something bubbled nearby, being the laughing stock in my first office job when they found out that I took my trousers off and hung them up on the door when going for a number 2, in order to maintain the creases! This itself came from reading every book we could get our hands on on the subject and being inspired by tales of young mods in 60s London making sure that they were better dressed than their bosses, so no matter what crap was thrown at them, they could still retain a degree of superiority. New groups of friends would be discovered at various places and often at Blow Up, and the bond you would form within weeks would outweigh some of those bonds made throughout school, with lads that refused to leave Welling and venture into town cos it was “full of freaks”. The parting of ways had begun. 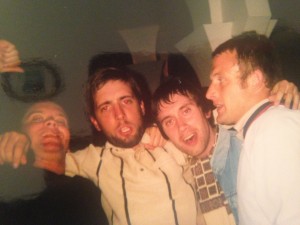 Some of my best and strongest friendships have their roots in those times. Travelling the country to see OCS. I met Craig and Eddie in a pub in Camden on a northern soul night when Rich pointed to this immaculate lad dancing and said “that’s Craig, watch his feet”.  That was that. Similar story with Gav. I met Andy on the roof of a house party in Bexleyheath as like most parties round there, the other attendees didn’t share the same codes, so I climbed onto the roof with a joint and The Who on my Walkman. Andy had had the same inclination and climbed up only to find me there, and we forged a bond discussing The Who, that lasts to this day.

These bonds were secured in the knowledge that you shared an insight into this other world, you shared the codes. You were a minority and THAT, is the salient point of this article. You were in a minority, and therefore the culture mattered and held a point of difference to mass culture. You knew how it felt to walk through London and receive the ‘mod nod’ from another lad who had spotted and appreciated your minutiae of detail, the extra effort required or distance travelled to find that item, whether it was manifested in a particular badge, collar, the way the jacket was buttoned and which buttons, your hair, your jeans to exactly the right length (weirdly the best length and fit of jeans were in Next!). 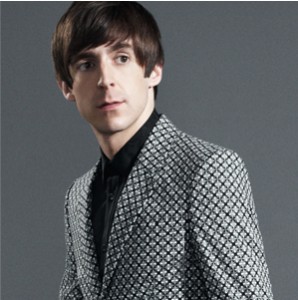 There’s no mod minority now in my eyes, it’s mass, it’s accessible to everyone. There’s Pretty Green and some people believe that to be true mod clothing! Please. I’ve witnessed people wearing a big Pretty Green logo on their shirt and mocking what someone else is wearing, completely missing the point and hiding behind what they perceive to be the safety blanket of a vaguely mod-related label, unaware that though a label can be bought, a mindset can’t. At a recent Charlatans gig in Liverpool, I was with Steve Gigslutz outside and three Gigslutz fans came up to say hello, all in their 40s. Nice ladies. I had on an original wartime parka that I’d bought in my teens from what was then Face in Carnaby Street. One of them walked up and said “is that Pretty Green?”, I mean obviously it wasn’t, to a mod, I replied “no”, she said “well I’m not having it if it’s not Pretty Green”. WOH! So now Pretty Green is the standard bearer for the masses is it? You’ve got Miles Kane’s highly cringeworthy hashtag on twitter #modkanearmy. I’m sure his team of people have sat and thought about differentiating him, and reached the conclusion that the mass mod market is the most penetrateable. Stick him on a scooter and away we go. (From what I hear he was, until pretty recently, a bit of a scruffpot). Good lad though for writing rock n roll tunes. Keep on.

Mod is now mass appeal, everyone’s invited. Mod was anti-label. Pretty Green to any true mod isn’t on point. Yet it sells because there are plenty of geezers out there who want to buy into the feeling of being in a mod minority, when they’re actually perpetuating the dilution of the culture itself. A culture which inspired pro-active leadership and the courage to be the first to take a post-modern punt on an item of clothing or how it’s worn, tossing it aside and moving on when it’s adopted by a member of your social group, drop it, leave it with them and find something new again, fluid and organic, until they notice and acquire that and so the cycle continues. It’s an ingrained trait that can’t be bought or taught. 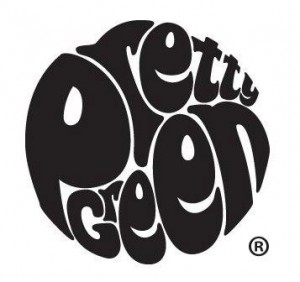 I only use Pretty Green as an example as it’s the most prominent purveyor of the culture that’s on the high street, and fair play to Liam and the team for having a crack and taking a stand. After all, when does he not look the dogs nuts? I assume he knows some of the detail in the clothing is more mass than mod, but I imagine the conclusion was drawn that in order to shift units, it had to be more mass appealing and labelled here and there. Most mid to high range mens stores now cater for this market. Maybe it’s more of a sign of the dearth of decent clothing stores for men looking for something different? How can mod matter when it’s accessible to the X Factor generation?

Maybe there is no such thing as mods any more?

Perhaps this will act as a rallying cry, and spawn a counter culture amongst the next wave of passionate mods that will start the cycle over again.

Maybe it already has… 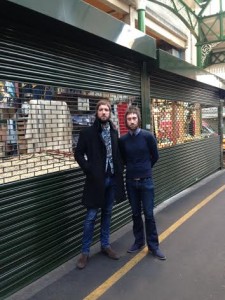