5th April 1994. Grunge lies dead in a lakeside Seattle home, a smoking gun resting next to a still-warm body. As of this moment, Courtney Love is no longer just the lead singer of a moderately successful band. She is now ‘The Widow Of Kurt Cobain’ – for better or worse. That most inescapable of labels will inevitably eclipse what should be the crowning moment of her year: the release, just a week later, of Hole’s second album ‘Live Through This’. 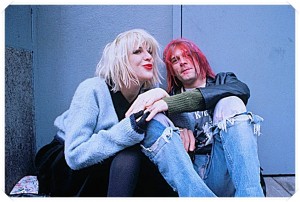 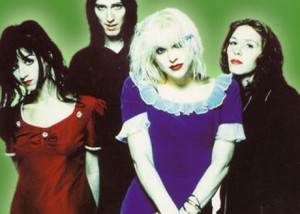 I’d love to say that I was cool enough to have known about grunge in 1994. However I was ten years old, and much of my time was spent listening despairingly to classmates debating the relative merits of Take That, East 17, and PJ & Duncan (it really was a stellar year for British pop, wasn’t it?). I first heard Hole a year later, when my elder sister made me a mix tape. Through that most ‘90s of mediums, I discovered PJ Harvey, The Breeders – and of course Ms Courtney Love herself, all aching murmurs and raging vitriol on ‘Violet’, ‘Miss World’ and ‘Softer, Softest’. These tracks, and the album they came from, celebrate their twentieth birthday this year – so how well have they, and the band that created them, stood the test of time?

‘Live Through This’ was the subject of almost universal acclaim from the music press upon its release, and it’s not difficult to see why. More focused than their first album ‘Pretty On The Inside’, it saw the band pressing forward into more melodic terrain, while still retaining their punk sensibilities. It also showed Love coming into her own as a lyricist, and as a teenager these songs certainly spoke to me in a way that no male songwriter ever could. They came from a place of both understanding about the challenges and difficulties facing modern women, and fury at a patriarchal society that sets up impossible standards of idealised femininity, punishing those who dare to go against them. The narrator of ‘Miss World’ is used up, washed up and giving up; ‘Doll Parts’ strips Love down to an itemized list of components; ’Plump’ offers a sarcastic retort to society’s obsession with physical perfection (‘they say I’m plump, but I threw up all the time’). Love turned the album into her own personal ‘fuck you’ to a world that both glorifies and demonises women, and that had spent the last three years trying to paint her as some kind of she-devil. The bravest part of this was how personal so much of the material sounds. The flipside of all that anger is the self-doubt that is clear to hear when Courtney asks earnestly, ‘was she asking for it?’. It’s not too much a stretch to guess who she might be talking about. 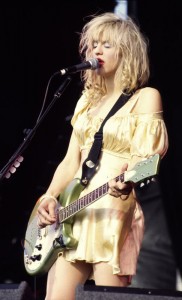 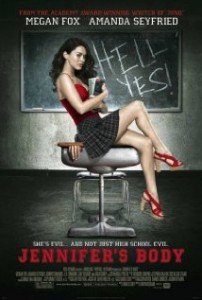 That’s not to say that this is a perfect album; it isn’t. Lots of the songs follow a tried-and-tested formula of ‘Quiet Bit Where Courtney Sounds All Vulnerable’, followed by ‘Loud Bit Where Courtney Goes All Shouty And Ballsy’, but then that’s part of the fun (for me, at least). That said, there are tracks with much more to them than that, and it is perhaps a testament to the album’s musical strengths that Courtney-bashers the world over persist in claiming that Cobain wrote most of it. ‘She Walks On Me’ lurches between tempos and time frames and is one of my favourite tracks on the album for sheer let’s-jump-around fun; ‘Credit In the Straight World’ starts with a weird, almost monastic chanty bit (who says drugs can’t be productive?) before launching into an anti-materialistic anthem. This is an album full of excitement and ambition and promise, making it even more tragic that Hole would not release another album until 1998’s ‘Celebrity Skin’. That follow-up may have been sonically slick, and there are at least a couple of tracks here that hint at the direction Love and guitarist Eric Erlandson would take next (in particular ‘I Think That I Would Die’), however in the intervening four years it seems that they lost some of the fire that made ‘Live Through This’ so exciting.

Looking back on this album after twenty years is a fairly sobering prospect. The tragic circumstances of its release didn’t stop with Cobain’s death; two months later Hole’s bass player Kristen Pfaff became the latest member of the 27 Club after taking a heroin overdose. Nonetheless the album was a critical success and the band soldiered through with promotion into 1995. Their hiatus over the next few years saw Courtney clean up her act and try her luck in Hollywood. ‘Celebrity Skin’ became their most commercially successful album and brought them firmly into the mainstream, before it all started to fall apart again. Nowadays Courtney is known more for her frequently messy personal life – the Steve Coogan pregnancy scare, her very public estrangement from her daughter Frances Bean – than for her music. However ‘Live Through This’ still has life in it, and I like to think that a new generation of young women will discover it and love it as much as I did (and do). If nothing else, that is a legacy Ms Love should always be proud of.

Features
for the record hole live through this