21st March 2014 marks the 20th Anniversary of this pivotal album in The Charlatans glittering career. It is an album which was made with odds stacked against them and reignited their career, transforming their sound and setting them up for future glories.

This was the album which really introduced me to The Charlatans. I was well aware of them as a band from my time spent as an underage punter in the indie night clubs of the North East but I’d never really delved into them further than getting my baggy moves going to ‘The Only One I Know’. 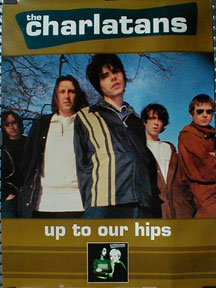 It was when an older lass I knew did me a mix tape that they really came to the forefront for me. This was an actual mix tape too, on cassette with stickers you would write the titles on, not the type the yoot of today make. The tape had classics (to me anyway) such as ‘International Bright Young Thing’ by Jesus Jones, ‘Lazarus’ by Boo Radleys, ‘Chelsea Girl’ by Ride, ‘Charming Man’ by The Smiths, ‘Hello’ by Beloved (I still know all the words to that one) and ‘Shine On’ by House Of Love. But it was the last track on side A which stuck in mind and demanded to be rewound and played again and again. That track was ‘Can’t Get Out Of Bed’ by The Charlatans. Upon hearing the swaggering pop perfection that record brings I set out to seek the long player which housed the tune.

Ladies and Gentlemen I give you, ‘Up To Our Hips’. And here is the story behind the masterpiece…

The release saw The Charlatans embark on an unbelievable run of form that would see them release the aforementioned ‘Up To Our Hips’, ‘The Charlatans’ and ‘Tellin’ Stories’ in a remarkable 3 year period. It’s easy to look back with rose tinted glasses on and reminisce about the good old days, but when a band could bang out three albums, of that quality, over a three year period it surely was better as a music punter? This just doesn’t seem to happen these days.

By the time ‘Up To Our Hips’ came out The Charlatans had already seen epic success and then ebb away again. They burst onto the scene in 1990 into the middle of Madchester and came out with a mighty fine debut in ‘Some Friendly’, an album which went straight in at number 1 in the UK charts. Following their immediate success, original band member Jon Baker left the band to be replaced by Mark Collins. With their tails up the band went straight into the studio to do a follow up. They emerged with 1992’s ‘Between 10th and 11th’. Now this is by no way a poor album with some of the band’s most celebrated work in the form of ‘Weirdo’ and other classics such as ‘Can’t Even Be Bothered’ and ‘Chewing Gum Weekend’. The album however failed to capture the imagination that ‘Some Friendly’ did and during the comedown following Madchester, sales-wise it was considered a failure. 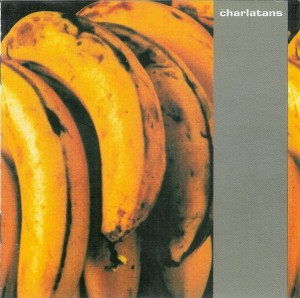 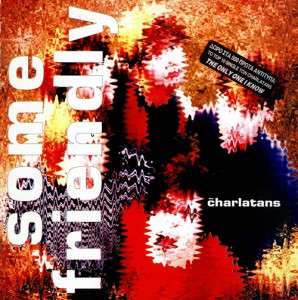 The band were up against it. Although they always had (and still do) have a legion of loyal fans, there was dwindling interest from press and with the whole ‘baggy’ scene in decline they were in great danger of becoming a band that would be looked back on as a fad or a scenester band with a couple of cult albums.

To make matters worse they received a further kick in the bollocks when late in ’92 founding member Rob Collins, the man who gave the Charlatans their unique sound, was arrested for his part in an armed robbery. Collins was the man responsible for the sound that became The Charlatans’ trademark with his swirling Hammond and stood them in a unique position ahead of their rivals who could not muster such a stamp. 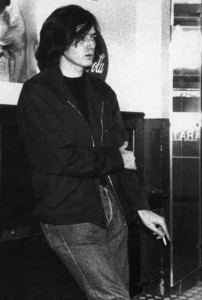 In spite of the load they had to carry with the arrest, and one of their member’s freedom in jeopardy, The Charlatans stood tall and headed down to Monovalley to start work on album number 3. Nightmares became reality during the recording as the band received the news they feared and Rob Collins was sentenced to 8 months in Shrewsbury nick. They were by no means a one man team, however this was a massive blow, not to mention a massive shock, with the consensus being he would walk with a suspended sentence.

The shitty situation did present The Charlatans with a pivotal moment in their career however. It marked the birth of a song writing partnership between Tim Burgess and Mark Collins. Previously Tim had written lyrics to the music made by Jon Brookes, Martin Blunt and Mark & Rob Collins. But now without the signature sound of Collins gone Tim and Mark set about their own song writing sessions. The (literal) trials and tribulations around the band certainly had an influence on Tim’s lyrics. The charismatic frontman, inspired by the happenings around the band, started to churn out some outstanding lyrics.

One obvious change in ‘Up To Our Hips’, in comparison to their first two records is their move away from the baggy sound into more of a straight down the line guitar band. This is likely to be attributed to the producer on the album; Steve Hillage. The album is somewhat ‘back to basics’, very much stripped back and the sound simplified. Collins’ absence also meant the Charlatans sound continued to evolve. The keys were not the driving force anymore and the live sound Hillage got from the band was more enforced.

The album starts with the laid back stonerish groove of ‘Come in number 21’. Its low-fi intro of Brookes’ shuffling beat and the spikey Hammond demand some form of body movement. Some of the trademark Charlatans sounds from the first two albums are there on ‘21’ but they start to be wiped out as soon as ‘I Never Want An East Life If Me And He Were Ever To Get There’ kicks in. ‘Easy Life’ was to be the second single released from the album and sees Tim wearing his heart on his sleeve with lyrics hinting at the troubles of the band at the time. None more so than the title of the song itself. “Let’s shoot it up and go for a ride”. Dunno what he could be alluding to there…! 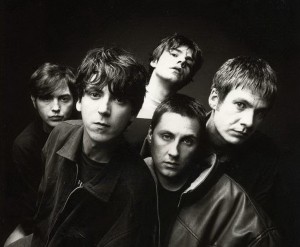 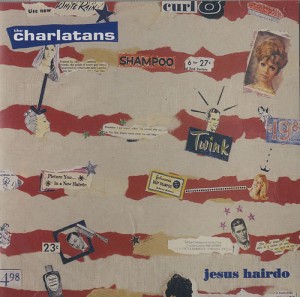 ‘Can’t Get Out Of Bed’ is next with its ‘Exile On Main Street’ laid back grooves and punching vocal. The track immediately hits you. It is an amazing bit of sonic pop which leaves your ears ringing. I was once told Tim had stated that the lyrics were written about when he and Mark shared a flat in Salford and spent a lot of time on E, although I suspect there may be yet more references to Rob Collins’s new abode in the title of the song.

Next up is the dirty instrumental ‘Feel Flows’ which is just gagging for The Dust Brothers to filth it up even more. Recently at the Jon Brookes tribute night at The Royal Albert Hall I asked New Order drummer Stephen Morris what his favourite Charlatans number was, and ‘Feel Flows’ was his response. The song is The Charlatans with their peacock tails on show; an arrogant, balls out, big fuck off of a number. I believe the track originally had lyrics but Tim stepped back at the end happy to let it go as it was. Correct decision. Not many bands can pull one off like this. The Charlatans at their best.

The spooky acoustic stomper ‘Autograph’ is up next and shows Mark Collins to now have a more prominent role in the band. It’s unlikely this would have been included on the previous Charlatans album, however, now with Hillage getting his stamp on things it makes the cut. You can hear more of the Hillenge influence on ‘Jesus Hairdo’ where the punchy drums raises the tempo once more. More ‘Exile’ riffs on this combined with top vocal from Tim make it a staple of live sets to this day.

Onto title track, ‘Up To Our Hips’ which shows the full progression to the live sound. From the trademark groove to eruption of the chorus which Rob Collins has his defining moment on the album. Track 8 is ‘Patrol’, with more lyrics from Tim about the predicament they found themselves in such as “I wanna patrol your innocent mind”, the track is uber groove and The Chemical Brothers’ remix of the track is well worth checking out. The album comes to an end with ‘Another Rider Up In Flames’; the first song Tim & Mark Collins penned together and the dark ‘Inside-Looking Out’, another reference to the banged up Collins.

The album reached number 8 in the charts and showed The Charlatans weren’t going anywhere despite their troubles. It was released at a time of social changes on our shores too. A certain band from just up the road going by the name of Oasis were about to release their first single, ‘Supersonic’, in the following month and with them a whole new scene would be created with a sound custom designed for the new Charlatans sound. And the rest as they say is history.

Before signing off, if any of you have read Tim’s excellent and sometimes jaw dropping book ‘Tellig Stories’, well one, if you haven’t make sure you do, (along with We Are Rock, great insights), two, it was interesting that Tim states that he regrets the sleeve design to this day. Apparently the idea was to recreate a picture from the 60s by Lewis Morley which was a shot of a hairdresser and his model. Tim wanted to recreate this with contemporary people, but the chap in the image refused to take his top off and the band kind of went along with it. It ended with the cover having no similarities to the desired theme. there was some redemption for the lads when they used another of Morley’s images for the cover of ‘Tellin’ Stories’, a Christine Keeler smudge.

So there you have it.

If any members of The Charlatans read this, can I suggest a 20 year special gig? Here’s hoping….

Happy Birthday Up To Our Hips

Features
charlatans for the record up to our hips