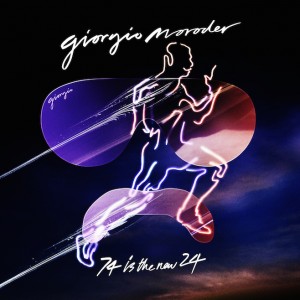 Hot on the heels of his Daft Punk collaboration, dance music pioneer Giorgio Moroder has announced a new album entitled 74 is the new 24.

He’ll be guesting vocals from Britney Spears, Sia, Charli XCX, Kylie Minogue, Mikky Ekko, Foxes, Matthew Koma on the album. Given what he managed to do for Donna Summer and many a film soundtrack in the 80s, let’s hope that he’ll bring that magic to these vocalists.

You can listen the first single to be released from the album below – it’s the title track ’74 is the new 24′, and it’s certainly got the Moroder synth vibe to it.

The Specials, with Sleaford Mods and The Scenes LIVE @ The Roundhouse 14.11.14