A new 10 CD box set, Finchley Boy, released via Demon Music Group showcases not only Steve’s work with 60’s UK soul group The Love Affair it also covers his work with Zoot Money, Paul Weller and team of other esteemed musicians. Gigslutz spoke to Steve to discuss the box set, his memories of the recordings and what he’s up to at present:

Hi Steve, this new 10 CD looks very exciting, how was it for you to compile and put together?

It took a lot of hard work sourcing obscure tracks and sorting the artwork with Tony Hodsell who did an excellent job. It took a year with Val Jennings help at DEMON and all the team. It was in Lockdown so I had time to spend putting it all together I hope people enjoy it if they buy it.

Do you have any particular favourite tracks that feature in the box set?

Well “Everlasting Love” obviously as it has a life of its own what can you say otherwise. From ELLIS BAND “El Doomo” the original recording by ELLIS BAND. Maybe “Afterglow” from S.M.M.C. with THE MODS. Also “We got it” written by Eddie Hinton from Ten Commitments and possibly “Lonely No more” from B.B.T with P.W and the Blackbarn Crew to name a few.

The set looks over your long and vast career starting with Love Affair. Was being in a band in the 1960’s everything you thought it would be?

Everything and more .We were living the dream BUT we had been gigging for several years before we had any success. We worked our way up to playing a residency at “The Marquee” and we were still all at school. We would play up North and at all the soul clubs get home when the birds were singing and go straight to school. We finally had a hit and we were walking amongst people we had seen live or on the T.V. at the time

Was it a dream come true to appear on Top Of The Pops?

No it was like a dream. A bunch of young hooligans appearing with Lulu,The Bee Gees,The Move (great band) The Small Faces and so many more we had seen on T.V. before we had any success ourselves .So like a dream in that respect.

What was it like working with library music legend Keith Mansfield?

Keith scored all the Love Affair hits and put the backing tracks down with people like Clem Cattini,Big Jim Sullivan,Russ Stableford and a whole orchestra with Sue and Sunny on B.Vox then I would put the vox on myself .Keith and I got on I had a big respect for him as he treated me like a gentleman not just some silly kid. Then I did the LOOT soundtrack with him after he asked me to sing on it. A gent old school and a top and very talented man.

Were you a big fan of Zoot Money before forming a band with him?

Fan? Zoot and I became mates we played with him at the Wycombe Hall,Romford when he had The Big Roll Band he was a legend along with Geno Washington ,Georgie Fame and Herbie Goins and Cliff Bennett. Along the years we always said we would get a band together so I secured Davy Lutton (Eire Apparent/Heavy Jelly) Andreas Grober (Springfield Park) and Nick South (Vinegar Joe) and he joined it was a great band the record company loved us and christened us ELLIS but it was commercial suicide after the LOVE AFFAIR success.

Were you playing live with Zoot?

As above but we used to Jam in his front room before we got the band together. A constant flow of musicians would visit his house in those days.

Were you a big fan of Roger Daltrey? Is that why he produced your album?

The Who and Love Affair played BEAT CLUB in Bremen together in 1968. Rog and I became best mates and I lived next door to him some time later for several years. When he got involved at rehearsals, I asked him if he fancied the job and he did it as a mate. It turned out to be a great album that people are only now getting into as such apparently.

There are some performances of you singing Steve Marriott’s songs. Where does he rate for you in the great singers?

Together with my pal Dean Powell R.I.P. we discussed doing a Tribute Concert for Steve R.I.P.(at one time we had same manager Laurie O`Leary great man).WE decided it was time he got a decent send off after his tragic death as nobody had really paid due respect to him in that way. This culminated with THE ASTORIA gig on Steve`s anniversary Birthday as such. My pal Jerry Shirley and I called in Humble Pie with Bobby Tench singing. Also Paul Weller, Noel Gallagher and Gem Archer, Debbie Bonham, Midge Ure, The Mods a great band and a big cast including the remaining Small Faces it was a magical night and Steve`s family attended which was absolutely great. Where does he rate in my singers? Well in British ones alongside Terry Reid, Robert Plant and half a dozen others I could mention. He loved Ray Charles as did/do I there is the link if you like. So also all the black early soul singers such as David Ruffin (TEMPTATIONS) Wilson Pickett, Otis Redding ,Sam & Dave and a lot more probably and also including Blues singers both male and female.

Were you a fan of Reg King of The Action?

I never ever saw Reg and THE ACTION although they had a good reputation as a live band back in the early days as top musicians with great harmonies.

Paul has been a best mate since The Style Council days. Yes it is a pleasure he is totally focussed on music I have nothing but respect for him both as a mate and a musician.

You had better ask him that not for me to say.

Do you have plans to record more new music?

Yes, definitely it has all been a bit difficult the last few years because of COVID which has impacted badly on the music industry in general in so many ways.

Finally, whats on your turntable at present?

All and everything.  I love music as that is why I first got into it when I was 15 .

If it is genuine real and soulful I buy it in a physical format. Soul, Blues, Rock, Folk I have no preference as long it has feeling and not all computer driven. A lot of labels sign a new band and then dumb them down sadly because these are strange days in the music industry but you have to stay true and march on.

Finchley Boy is available via the Demon Music Group website 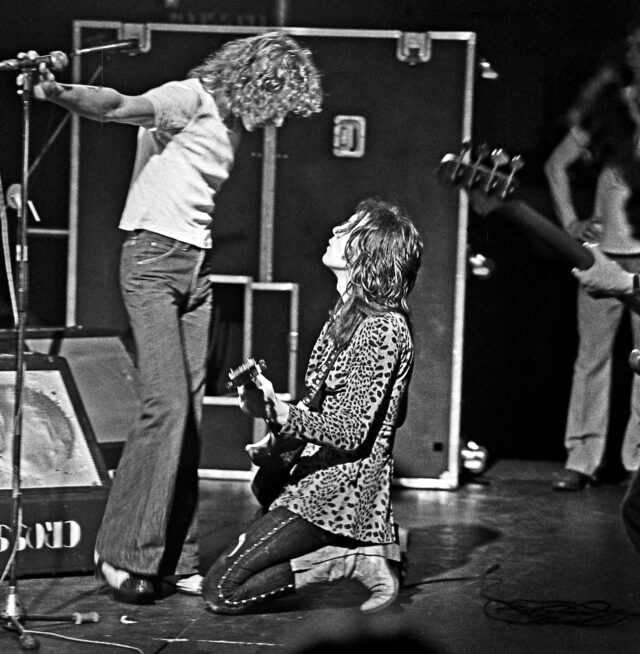 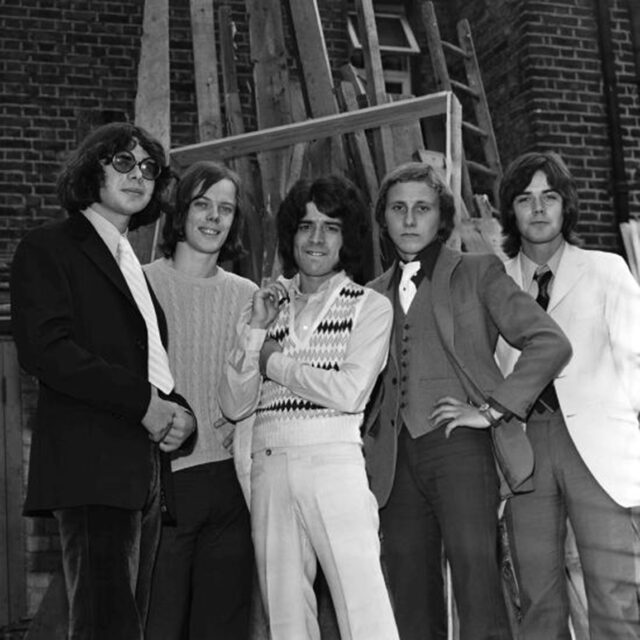 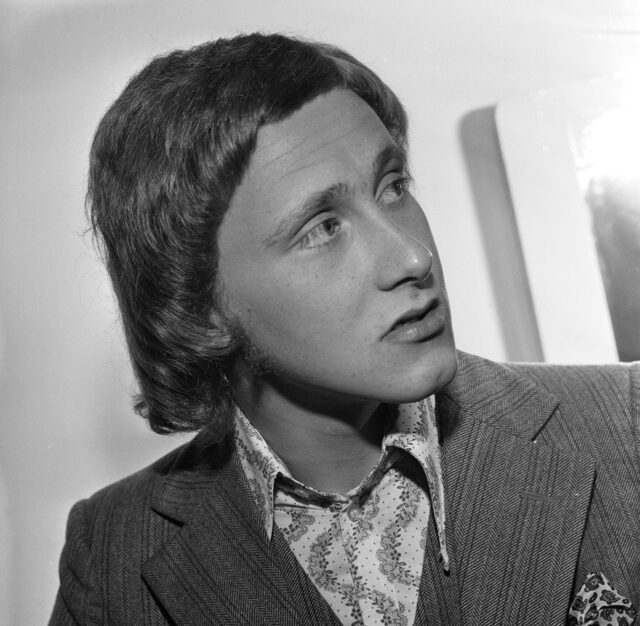 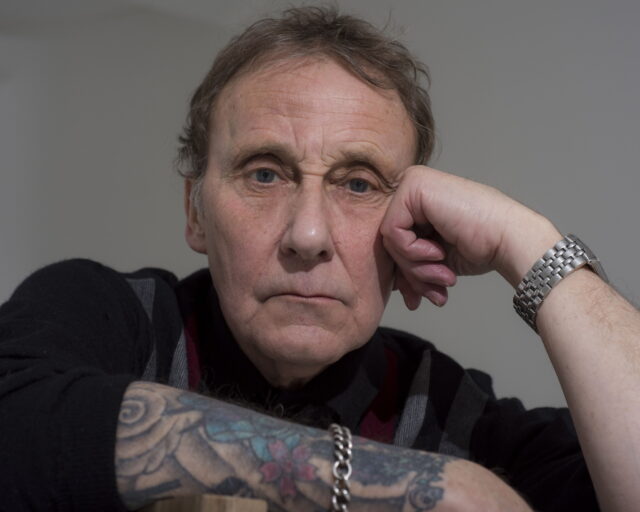 This Feeling Track of the Day: The Sheratons ‘Truly Gone Fishing’