With influences heralding from the likes of Temples, Kurt Vile and Pink Floyd, it’s no surprise that Venice Trip‘s debut EP ‘Look Forward’ generated great commercial and critical success. The band’s progressive stoner sound takes 60’s psychedelia hurtling into the 21st century with a fresh mix of catchy hooks, swirling guitars and classic rhythm and blues samples.  Releasing their excitingly anticipated follow up single ‘Said Too Much’ we managed to catch up with frontman Andrés Alcover ahead of their London date next week, to chat about influences and what we can be expecting from their first album.

Hey Andrés, how are you?

How did Venice Trip, as a band, come to be?

I came over from Spain on a whim looking to make some music and form a band, it turned out the boys were looking to do the same thing so some greater power brought us together and we had a jam, it felt good so we decided to do it some more.

You received great praise from your debut EP ‘Look Forward’, did you feel a certain pressure to follow up with the new single ‘Said Too Much’?

We were humbled by everyone that was complimentary about the first EP. I guess there´s always a certain pressure to top your previous endeavours but we were just so keen to release something else so we could carry on working on our new material that we were too busy to get really nervous about that.

Do you always have in mind what you want each track to sound like before you start recording, or does it take more of a developmental approach?

This varies all the time. With Said Too Much we went in with the idea of making it somewhat mellow and we came out with a whirlwind. A new section was added on the day of recording as well as loads of layers we made up in the studio. Then there’s other occasions like recently, we did a recording session with Converse Rubber Tracks (on a boat) and in this case, we went in with a song that was completely finished before the recording process started. Every part was written and we knew what we wanted it to sound like. One problem with being studios is that they always have wicked toys that we can’t afford and end up playing with them for too long, so we need the engineer to snap us out of the hypnosis.

Your sound almost combines that nostalgic 60’s psych feel with the unexpected undertones of classic rhythm and blues. Do you draw from personal influences when creating this individual sound?

I think there´s definitely an air of the 60s in our sound but at the same time, its starting to become its own sort of awakening. In the early days we literally sounded like we’d stepped out of the 60s whereas now, I feel the sound has more relevance to today. The influences in the music come from absolutely anything, be it a song you heard and subconsciously drew from, or your psychological and emotional state at the time of writing. Sometimes you’ll hear a new artist and they’ll inspire you. I guess its the way you translate the feeling you want to channel and how its conditioned by residual memory. 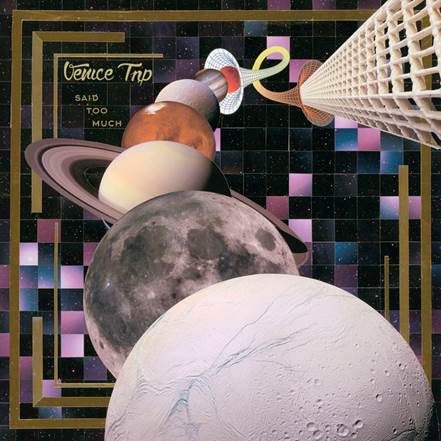 60’s psych seem to be having a bit of a revival at the moment, are there any artists/bands currently that you think are currently heeding this resurgence?

Kurt Vile is definitely starting to become a front runner in this scene. Tame Impala have sort of crossed over but they still retain elements of this revival in their sound.  Another great band that we’re sure will be making more noise soon are Chastity Belt that bring a kind of show gaze psych rock. Recently there’s been some great music coming out and its extremely refreshing.

You’ll be releasing the new single next week, and also sharing with us an exclusive session cover of the classic ‘Mr Blue Sky’. What made you pick this song to cover?

None of us are actually avid listeners of ELO despite respecting their success. The thing about Mr. Blue Sky is that the original song sound like a rock musical, with amazing musicianship and incredible vocal arrangements, apart from the fact that its catchy as hell. We chose to cover it because, stripped down, you realise the chord progression is beautiful and doesn’t necessarily need to be as decorated as it was to touch you.

You surely must be working on a debut album, anything you can tell us about what we can be looking forward to?

We have enough material written for 3 albums. However, we think our next move may be an EP. We recorded what we think will work as a single quite recently and we just need to find a way to lay down the rest of the tracks. We’ve got plenty in store for you…

Hopefully another release. We’ve already got some cool shows planned for 2016. We’ll be playing a renowned club night  called This Feeling and also appearing on our second Radio X showcase. And before we know it it’ll be festival season so we’re hoping to organise ourselves properly for that and party all summer.