Having toured with St Vincent and The Raveonettes, as well playing festivals such as Field Day and The Great Escape, to now be supporting the legendary Pixies is quite a feat for London band Coves. Having garnered support from the likes of Radio X’s John Kennedy and Radio 1 (as well as play on our own Gigslutz Girls’ New Music Show on Hoxton Radio), the band certainly seem set for big things. And it doesn’t get much bigger than this: playing in a legendary venue supporting a legendary band.

Making their entrance to the grand stage with all the appropriate swagger, Coves don’t waste any time in blasting out their ferocious, energy-filled rock. As infectious riffs flow alongside pounding beats, front-woman Rebekah Wood floats across the stage, tambourine in hand, her billowing sleeves oozing an ethereal, Stevie Nicks vibe.

Despite her somewhat celestial appearance, however, Wood is clearly a force to be reckoned with; blasting out her impassioned gritty snarl, tracks such as ‘You’re Evil’ and ‘Stormy’ soar throughout the infamous venue, her powerful vocals a perfect accompaniment to the raging fuzz of John Roffe Ridgard’s riffs. 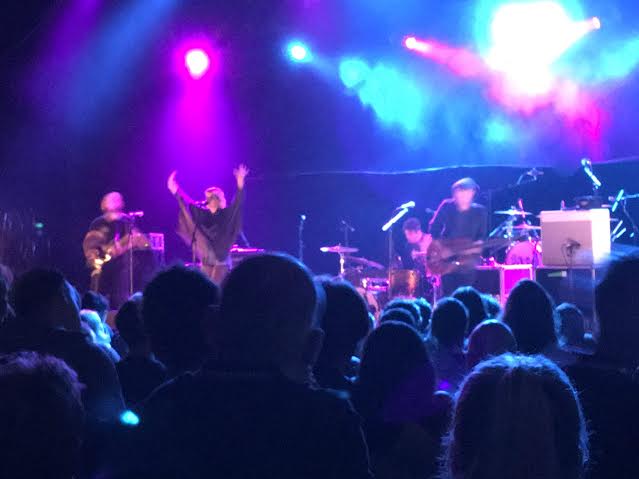 Coves succeed in filling Brixton Academy with a chaotic cacophony of riotous rock; an energy-fuelled, charisma-filled explosion of sound set to ignite the crowd ready for the headline act…

Peel, the second album from Coves, is out now.

New Track: Joanna Gruesome – ‘Pretty Fucking Sick (Of It All)’