After seeing Bang Bang Romeo over last summer, it was clear that they were set for an even bigger year in 2017. Taking to stage first, they showed why they are included in the ‘Jack Rocks 7’, blowing people away with a mix of treble heavy guitar, and dangerously emotive vocals, and completely dispelling the expectations of what an opening band should be. 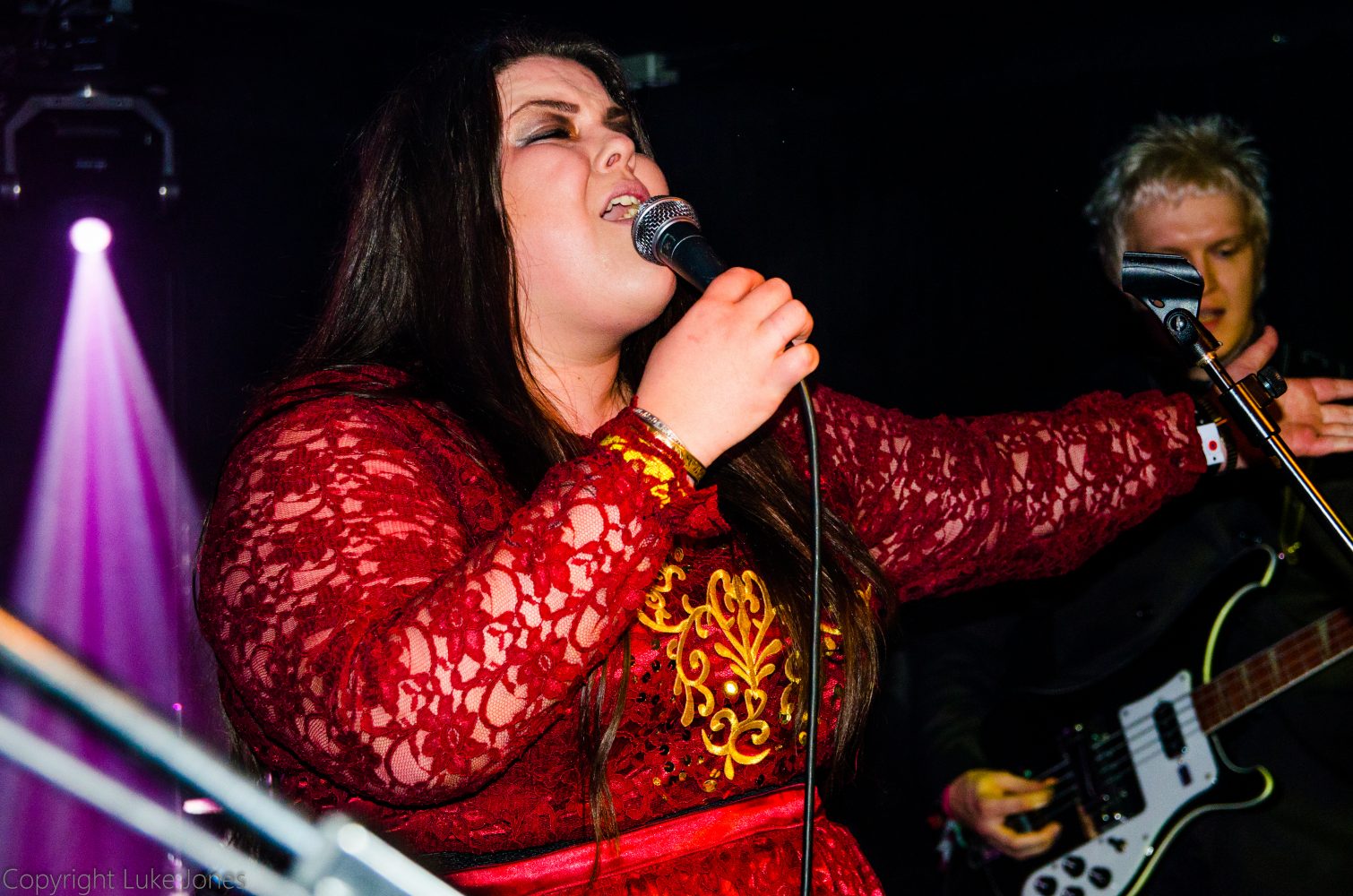 Next up were White Room, who released their newest single “Think Too Much” just over six months ago. The band pay a sonic homage to Britpop, but their live performances are nothing short of punk. Taking influences from seemingly all genres of music, as well as having a name derived from sixties psychedelic super-band Cream, they respectfully develop aspects of everything British, and in doing so create a hugely successful sound, well worthy of the huge tidings they will surely have. 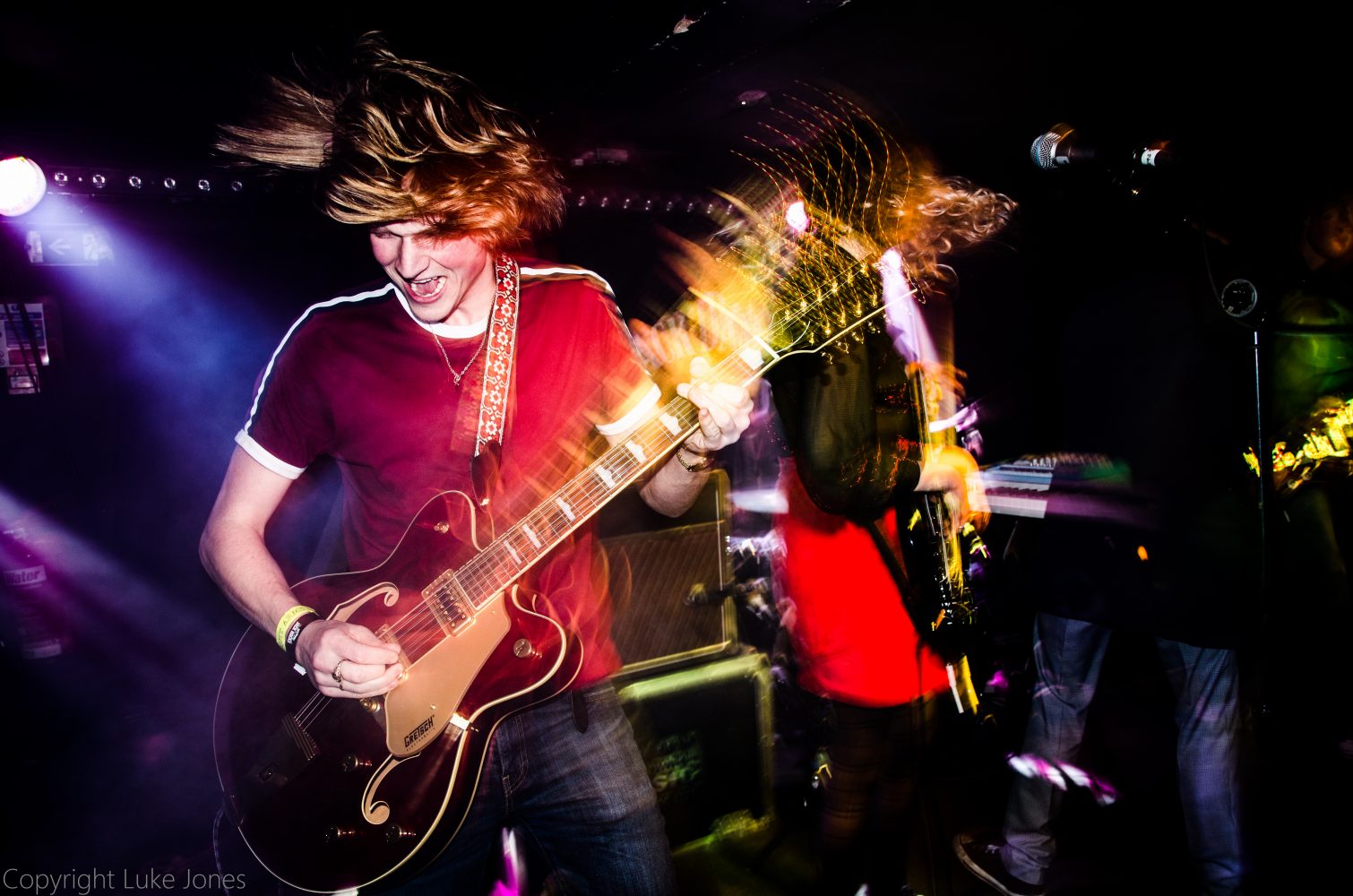 The Wholls; a band that I had never seen before were third on, bringing nothing but raw energy to the stage. After remarkable sets at Reading and Leeds, they are hotly tipped as one of 2017’s best bands to see. Mirroring the styles of Royal Blood and Slaves to name just two, their twenty-minute slot seemed to fly by, with their powerful drums and vocals taking point as the driving force behind the band. 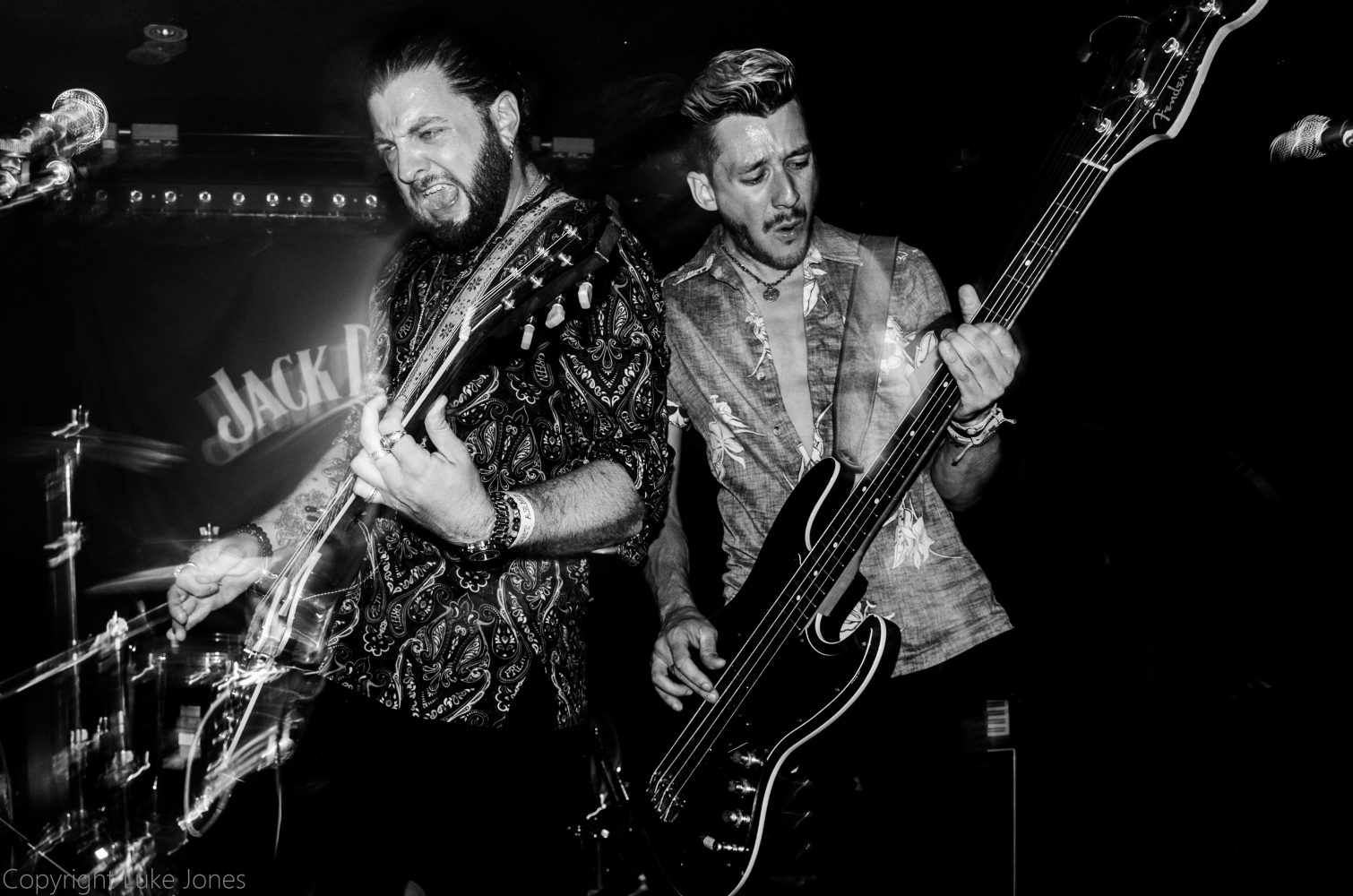 The midway stage arrived and Doncaster-born trio The Blinders were there to kick off the second half. Lead singer Thomas entered the stage with the words “Tone it Down” scrawled across his chest, and after a short tuning problem, the band were underway. Playing through a set of now well known songs such as ‘ICB Blues’ and ‘Swine’, it became clear as to why they are such a highly sought after band. Having witnessed the ferocity they bring on multiple occasions, they did not disappoint, and played one of the best sets I have seen yet, despite multiple technical hitches – by far one of the best bands to emerge on the This Feeling circuit over the last few years.

Broken Witt Rebels were on and tasked with a huge set to follow in playing after The Blinders, but the Birmingham based blues rockers’ did not fall short of expectations. Resembling a mix of the best that blues music has offered over the last 50 years, Broken Witt Rebels are a perfectly crafted band that show, if anything, that forward thinking is not a necessity when forming a sound. If BWR are not on tour with a similar band; Black Keys, Jack White, Kings of Leon within the next five years, we have a serious problem within the barbed-wire maze that is the music industry.

Tipped by NME as an “undoubtedly exiting prospect”, The Sundowners were on one from last. Bringing a unique cross of nostalgic-nineties Britpop, and sixties, Jefferson Airplane type psychedelia, they justified their spot on the lineup with ease. Guitarist Alfie played Rubber-Soul era riffs over the unwavering, almost seamless harmonies of long-time friends Fiona & Niamh. They clearly sat in a class of their own in the lineup, bringing a completely new aspect to the night’s proceedings, and I personally can’t wait to see them packing out the Jack Daniel’s Festival tents in the summer. 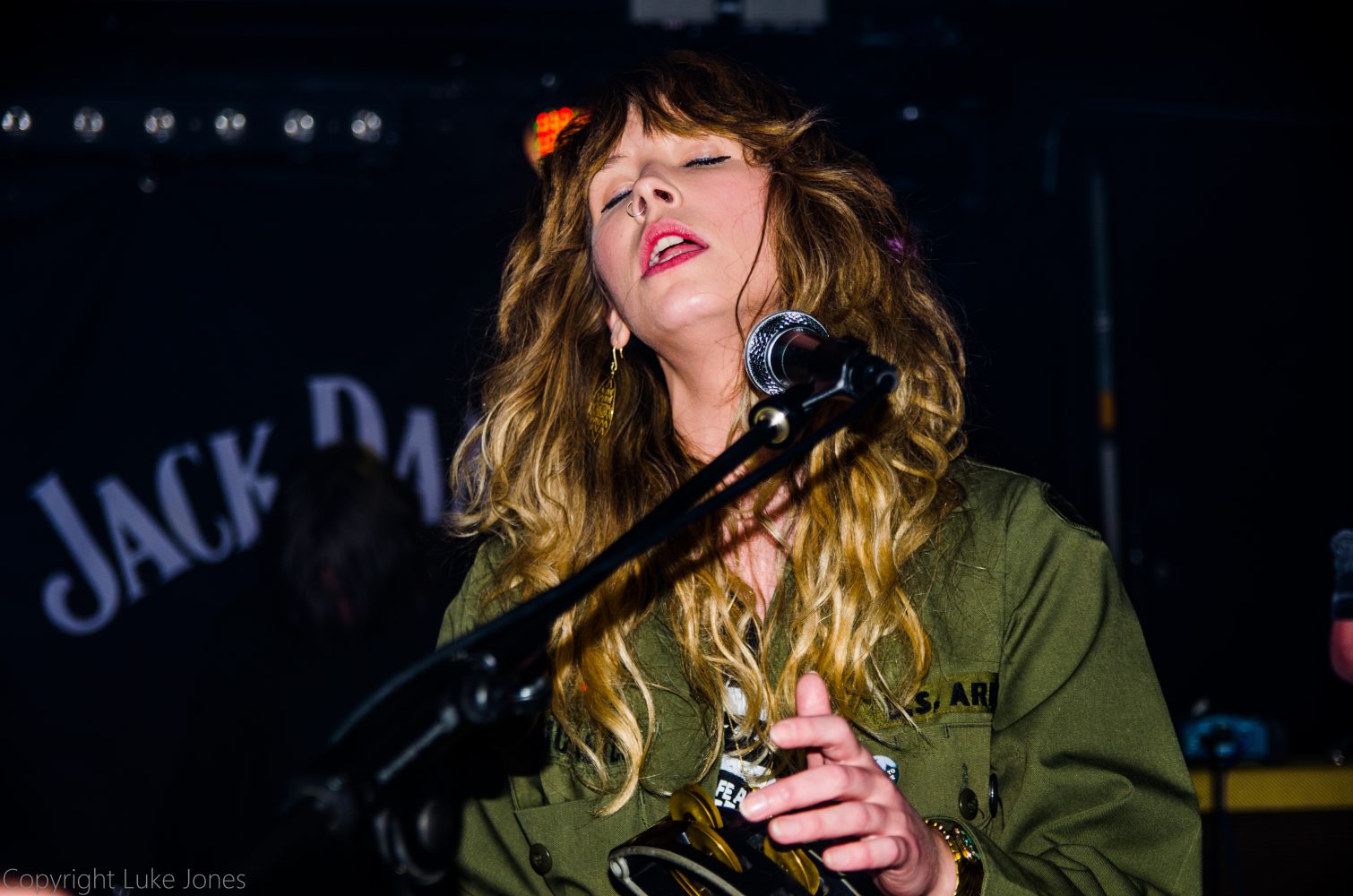 Trampolene were the last band on; a stage-slot that is nothing but deserved. Having seen the band evolve over the last 3 years, I am truly happy for what they have achieved. Playing one or two songs at most, the set was made mostly by the people in the crowd. Constantly stopping to talk to fans, turn friends, Trampolene expanded and developed a slot at a gig into a party; with fans on stage, Jack (Jones) in the crowd, and a completely destroyed ethos about where the barrier between fans and a band must lie – clearly taking inspiration from Jones’ musical soul-mate and touring partner Peter Doherty. The band managed to play one of the most interesting, and intimate gigs I have seen thus far, without even playing more than one full song. For me they are already one of the most defining bands accredited to Mikey Jonns and This Feeling. The way the club nights have helped the band to become what they are now could not have happened anywhere else, and I, along with their army of fans, cannot wait for the day that they become true legends of our beloved music scene. 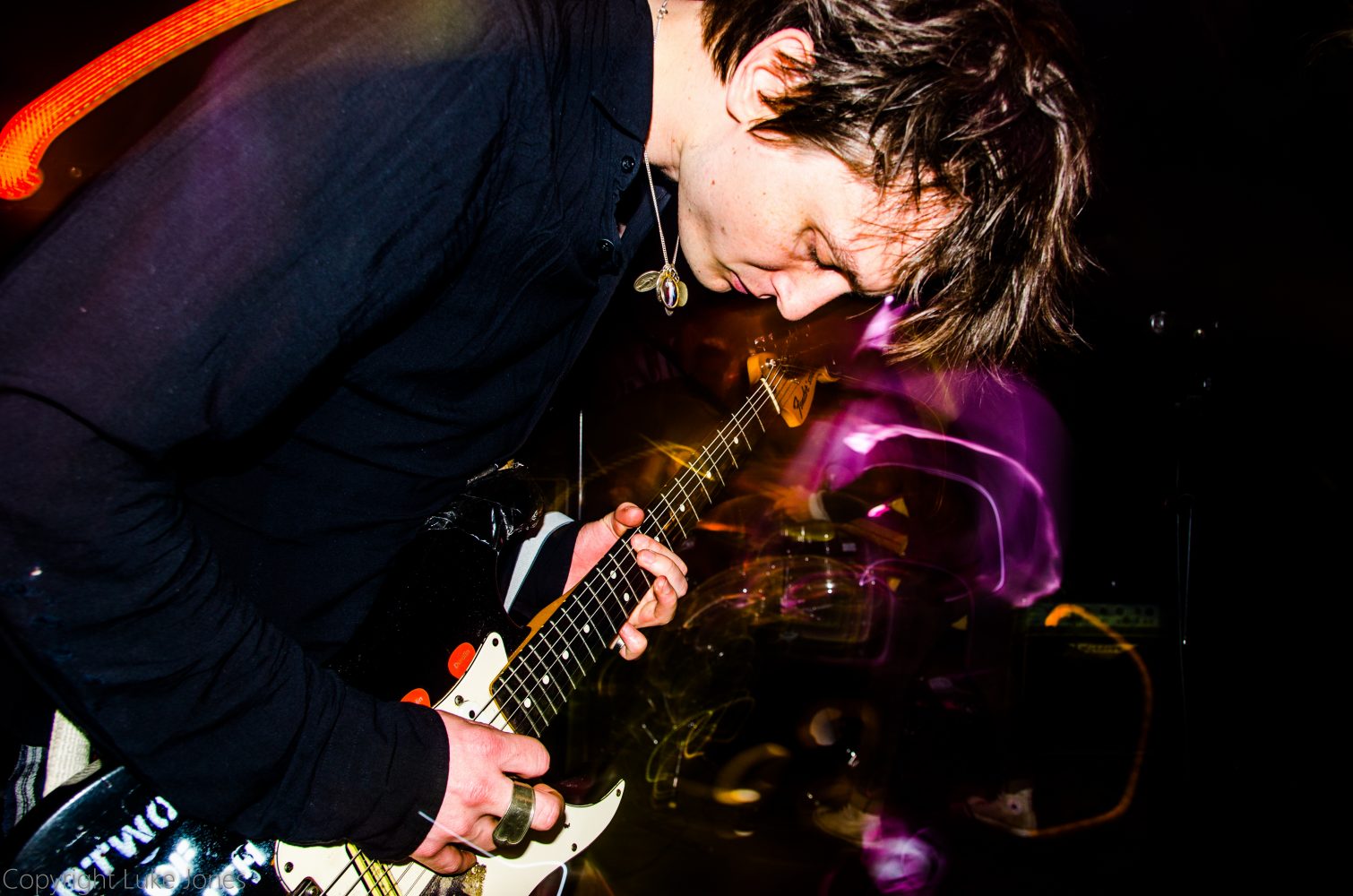