With memories of last year’s Visions Festival still fresh in my mind – of hugging Shamir before dancing wildly to his vibrant tunes, and singing along to the uptempo sunny garage-rock of Hinds – I was very much looking forward to heading back to East London for a day of new music.

Kicking off the day in the Oval Space is one of my favourite bands of the minute: Dream Wife. Having been wooing listeners with their scuzzy surf-pop, on seeing them live, I realise there’s so much more to this young band than initially meets the ears.

Reminiscent of a young Debbie Harry – not only due to her scarlet lips and blonde hair – vocalist Rakel Mjoll oozes a playful charisma as her fluid, distinctive vocals flow with their Icelandic twang. Treating us to songs such as ‘Hey Heartbreaker’ and perhaps their most famous track to date ‘Kids’, Dream Wife lure in the crowd with their sunny, jangly melodies, before hitting us with a gritty edge. Alternating between sugary surf-pop and aggressive, raw punk sounds, they manage to fuse together contrasting elements to perfection.

As the gutteral scream of “I’m gonna cut you up… I’m gonna fuck you up!” blasts from the dungaree-clad young woman on stage, the raging punk of ‘F.U.U’ seems to shock the crowd somewhat, but it’s a welcome surprise, without a doubt.

Dream Wife are a band that demand your attention; as great as their recorded tracks are, you need to witness the charisma, wit and sheer power of their live performance. 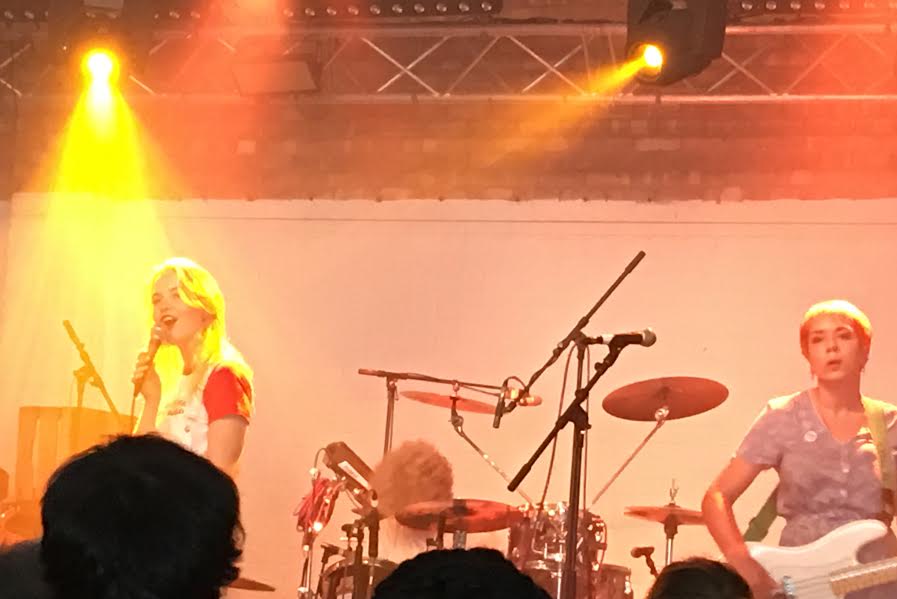 After a bite to eat and a cold beer in the East London sunshine, we venture into St John At Hackney church for the beguiling sounds of young Norwich duo, Let’s Eat Grandma; the grandeur of the venue a perfect setting for their other-worldly sounds.

As childhood friends Rosa Walton and Jenny Hollingworth take to the stage, they open the set with a childlike clapping game sequence before the sweeping, ethereal beauty of ‘Deep Six Textbook’ casts the crowd under their captivating spell, oozing an endearing nostalgia as their impressive musicality sparkles with an effervescent glow. As well as referencing specific childhood fairytales, in their song ‘Rapunzel’ for instance, Let’s Eat Grandma create an aura of Alice In Wonderland-like magic with their ethereal creations.

Juxtaposed with this childlike innocence and wonder is an incredibly refreshing, tongue-in-cheek attitude. Adding a playful sense of drama to their performance, Let’s Eat Grandma not only treat us to the fragile beauty of their delicate vocals, but also offer psychedelic, pulsating electro vibes – a highlight of which comes in ‘Eating Shitake Mushrooms’ as Rosa and Jenny appear to have, what can only be described as, a mini rave on stage.

As Let’s Eat Grandma skip across the stage, swap instruments and constantly multi-task, it’s like the best music lesson ever; they even make playing the recorder look cool! Whether they’re lying on the floor, swooshing their wavy locks in time to the beat, playing playground games, or charming us with their voices, it’s simply wonderful to see these two young women just really going for it, being completely comfortable in their creativity and daring to be different. And then silence; the wonderfully wacky set is over as they both sit cross-legged on stage, as though waiting patiently for the teacher to tell them they can leave. 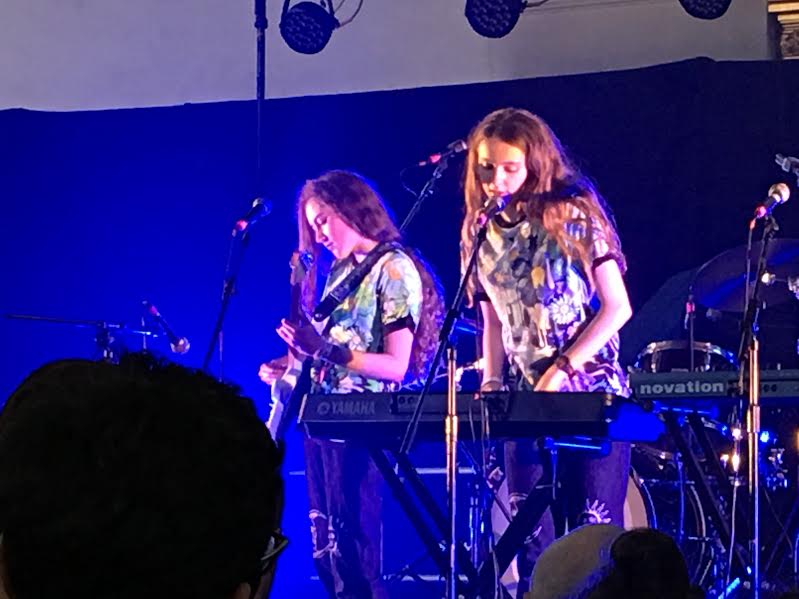 From the ethereal grandeur of the church to the dark, cave-like cosiness of Mangle down the road… Though I’m ashamed to say I hadn’t heard much of Bleached before today, I thought I’d try something new, and I’m so incredibly glad I did. The LA-based band turn out to be my highlight of the festival.

With the gravelly vocals of Jen Clavin racing alongside catchy riffs and pounding beats, Bleached fill me with the nostalgia of my grunge-accompanied teenage years, but with an entirely innovative energy and empowering sentiment.

Reminiscent of the retro sounds of The Runaways, the ‘90s vibes of the likes of Sleeper and the uptempo garage-rock of Weezer, Bleached blast out tracks such as ‘Keep On Keeping On’ with their own riotous charm and raw passion. And then songs like ‘Sour Candy’ are instant hits – in fact, the minute the memorable chords fill my ears, I feel like it’s been my favourite song for decades, and find myself singing along despite it being the first time I’ve heard it!

The rest of the crowd evidently feel the same: the venue is filled with a mass of bouncing, joy-filled bodies as Bleached exude their uptempo, grunge-fuelled energy. And, as the drummer launches into the crowd at the end of the set, nostalgia hits me once again – you don’t see enough crowd-surfing these days (though, I must admit I’m now grateful for the three exceptionally tall men standing in front of me taking his weight).

So, I’ve come away with a new favourite band, thanks Visions Festival! A glorious, sunny day filled with the glorious sound of some of the best new music in the world. 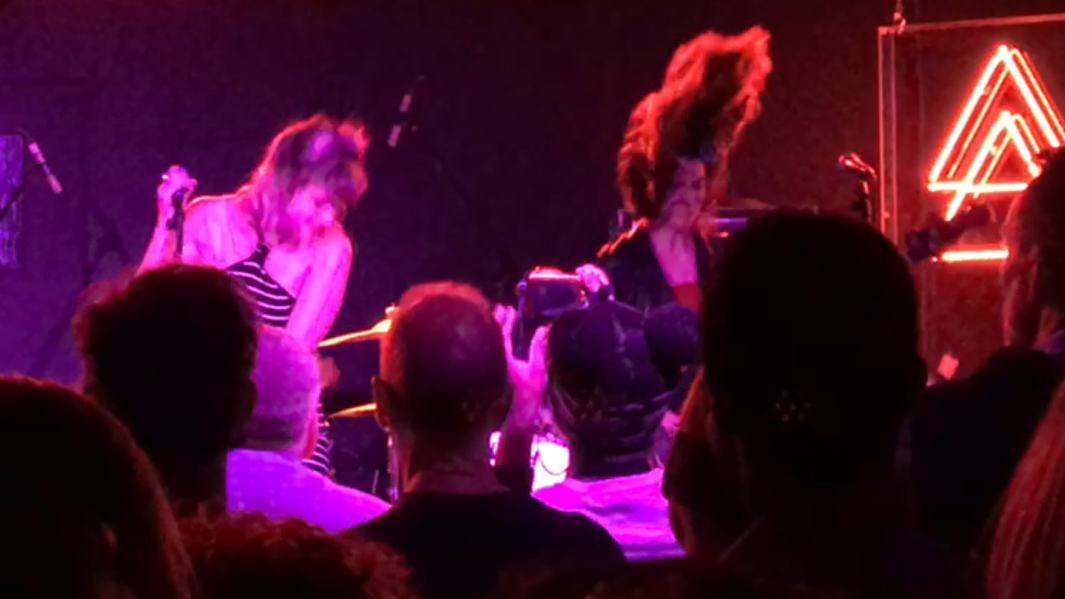