Not ones to shy away from a festival headline slot, The Cure have added Roskilde to their already-overflowing 2019 summer calendar.

Having already appeared at Roskilde festival five times over the course of 1985-2012, their 2019 headline set will make six times a charm at the Danish music celebration.

The announcement follows The Cure detailing a plethora of festival slots across Europe in 2019, including NOS Alive and EXIT Festival.  The appearances are in aid of celebrating The Cure totting up 40-years together as a collective.

Alongside The Cure, you can expect to see Scarlet Pleasure, Travis Scott, Alma, Parquet Courts and Rival Consoles playing across Roskilde’s eight stages, between June 29-July 6.

About booking The Cure, Anders Wahrén, Head of programmes at Roskilde said :

“When they [The Cure] asked to play the final weekend show on the Orange Stage, we didn’t hesitate for a second.  They can play for hours on end if they want to, and I won’t miss a second of it”.

“They have an immense back catalogue of hits and beloved classics from the past 40 years, and their remarkably close relationship with our audience will surely create a special and very moving atmosphere.”

Roskilde Festival itself is a unique 100% non-profit – with all money raised over the course of the week being donated to social and cultural charities by the Roskilde Festival Charity Society.

With a 130,000 capacity, more than 180 artists on the bill and eight stages, Roskilde holds itself as an eight-day exploration of “music, artistic expression, delicious food, sustainability, love, community and party”. This is one of the sweetest festival experiences in the world, and The Cure just made that a whole juicier. 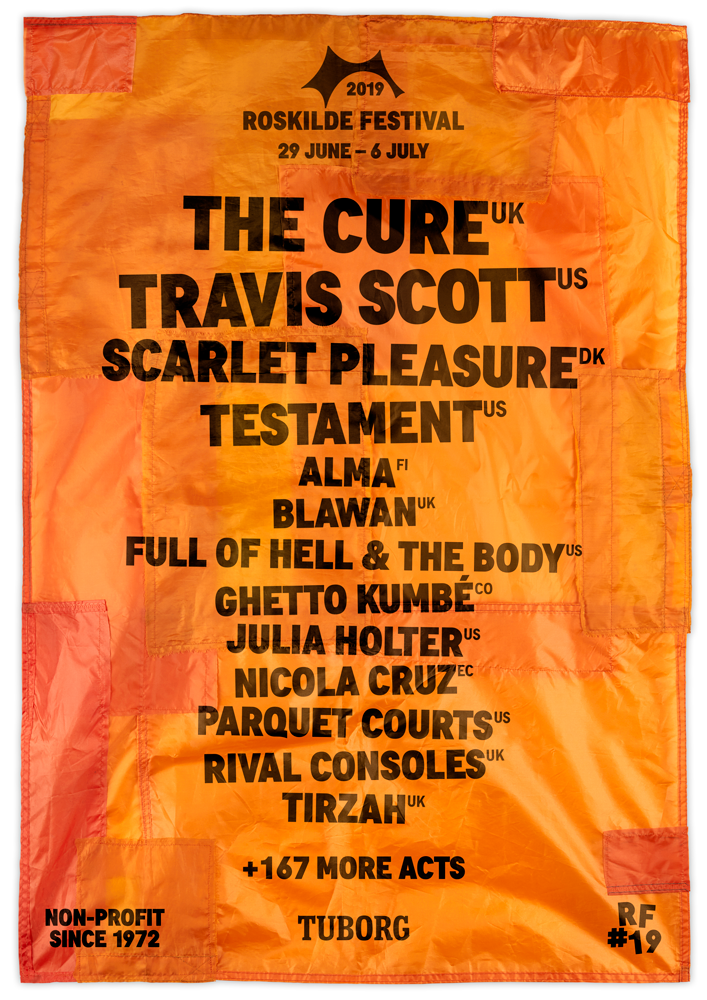