With a headline show at the 100 Club and support slots with The Streets looming, London based four-piece The Skinner Brothers are a band going places. Ahead of the release of their superb new EP ‘Iconic’ we caught up with the bands frontman and creative force, Zac Skinner to find out more….

Hi Zac, How are you today and where are you answering the questions?

Hey all good cheers. In the flat right now.

Your new EP ‘Iconic’is out next Friday (7th May). Can you tell us a bit about it?

Yeah! Really happy with the EP; think its got raw energy. Fully buzzed about the artwork – think the photographer Connor Hill did an insane job!

How has your approach to writing songs changed since you first started back in 2016? The new EP seems to be more up front, ballsy, rock n roll (if that makes sense!)

Think the approach is similar-ish. I feel i’ve made a lot of mistakes and tried (it feels like) every genre of music – so i know where my boundaries are. I’ve managed to find a good balance between my rock n’ roll roots, and being able to incorporate my other musical influences (without ruining either). 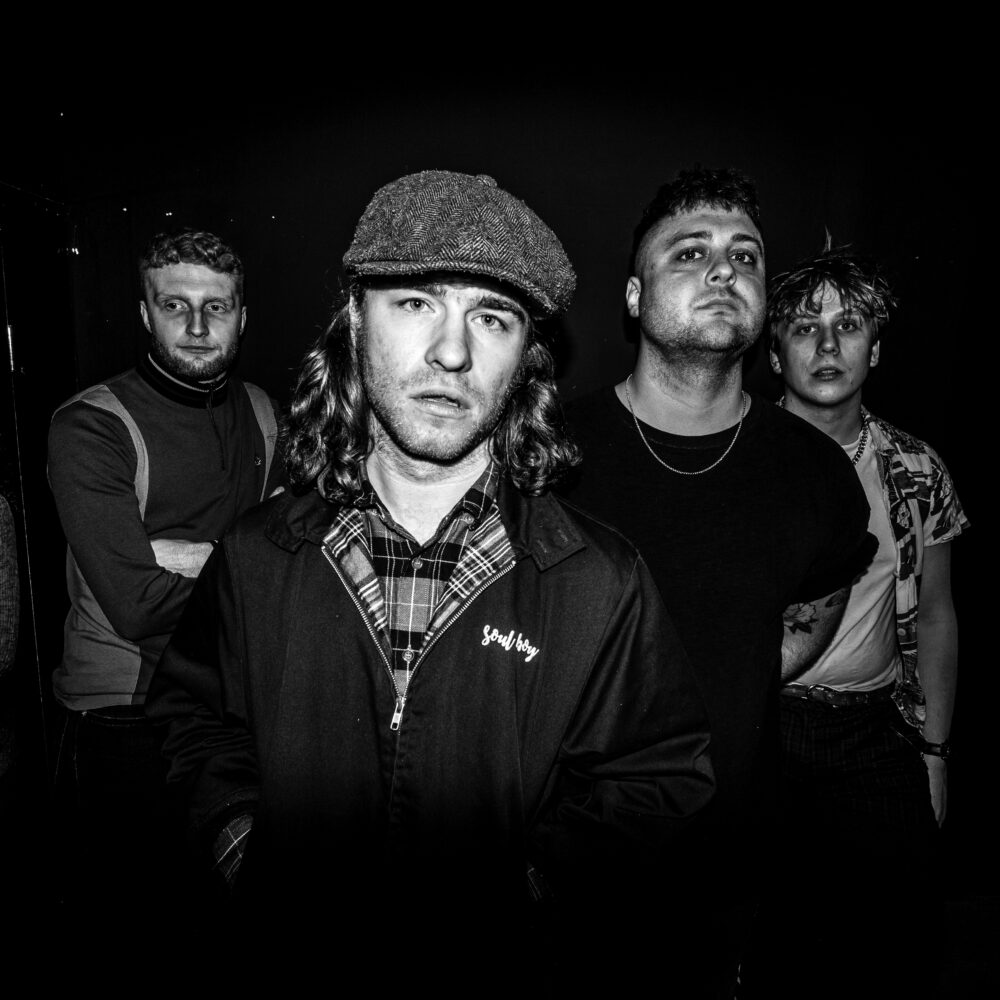 What was the influence behind this EP – there are some nods to iconic acts such as Ian Dury / Oasis in there?

I think the tunes wrote themselves. They reflect the last few years. The constant struggle trying to step up in the music scene. The EP has a very english feel, and i think the nods to certain iconic bands/artists came naturally – i love to reference some legends that have inspired me.

We’ve had a sneak preview of the video for ‘Iconic’ which is ace – how did you find videoing that?

Yeah that was class! Connor Hill created the video. We shot some of it in the Stevenage countryside and some in Shepherds Bush. We wanted to follow on from the cover artworks boxing theme!

Are you a boxing fan – you seem to have the moves down!

Haha. I don’t follow boxing – but i hit the bag every day. We were just trying to be as honest as possible with the video, and seeing as though we were in lockdown we had to pull everything out of the bag for the video! I’ve heard some of my boxing technique is questionable aha!

There is an acoustic version of ‘Away Days’ on the EP also which features Russ Prichard and Rob Harvey. How did it come about getting those two legends involved?

Our manager hooked it up. Rob sent me his acoustic track of Away Days and i added in the vocals. We thought it needed to be a bit warmer, so Russ was called and he laid some bass and backing vocal harmonies on top. It all clicked into place easily – really happy with how it came out, and obviously honoured to have worked with such legends! 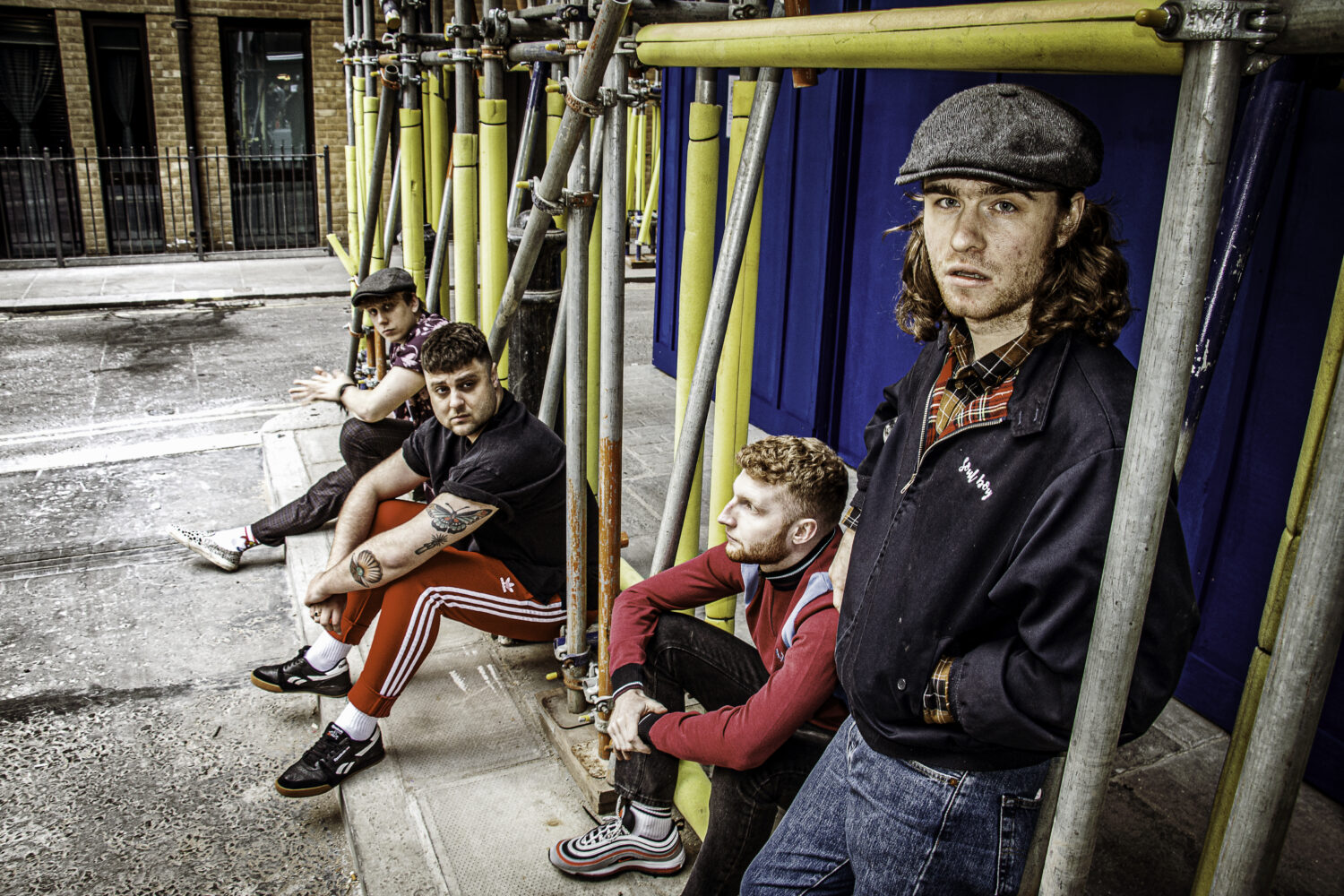 The is such an amazing scene at the moment of new and emerging guitar bands. Can you see this going mainstream?

Yeah good bands about! I hope so! Feels like it is definitely going the right way. I guess when the lockdown eases we will find out – time will tell.=

Which other new bands are you digging?

Too many to mention! This Feeling always champion some of the top bands!

The last year has been totally shit for the music industry. How have you managed to keep positive?

Its been a hard one! Been recording tonnes. Its been a good thing in a way as we’ve managed to really focus on the the music! But i think the thought of the show is what keeps us going!

You must be excited for the return of live music – do you have many shows / tours lined up and how excited are you for those?

Yeah got the 100 club 13th August. Then joining the streets 21/22 August at Crystal palace bowl – next year in June we play at Temple Newsam (Leeds) playing alongside – the music, the cribs, the coral, the snuts. Fully buzzed!!!

What’s next for The Skinner Brothers – do you have plans for a full album?

We’re going to drop 3 eps, and we’ll bring it all together for an album. Every step forward is really exiting at the moment, and the support we get from our fanbase is immense – they are carrying this!

Thanks for answering the questions Zac