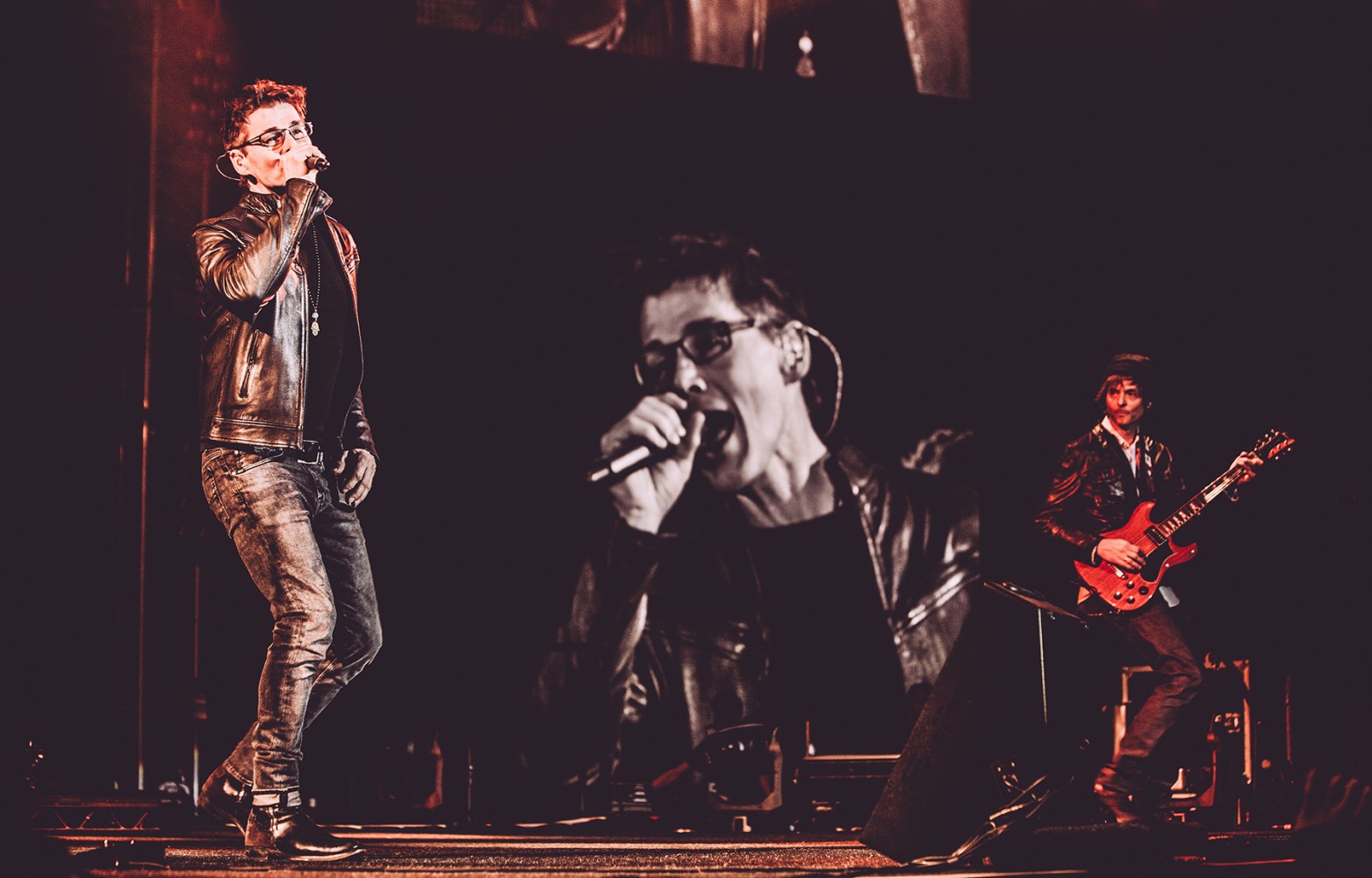 There’s something of a cult status to Scandi-synth pop legends a-ha. Mention them to anyone and they’ll be aware of ‘Take On Me’, perhaps the Bond theme and at a push the former’s follow-up, ‘The Sun Always Shines On TV’. In fact, the trio have sold records in tens of thousands, as well as breaking them –  for most ticket sales sold for one gig (Rock In Rio, 1991 with a reported 198, 000 attendees). Despite bowing out in 2009, they reunited last year following an invitation to return to Rock In Rio, which also resulted in a new, top ten album, Cast In Steel. 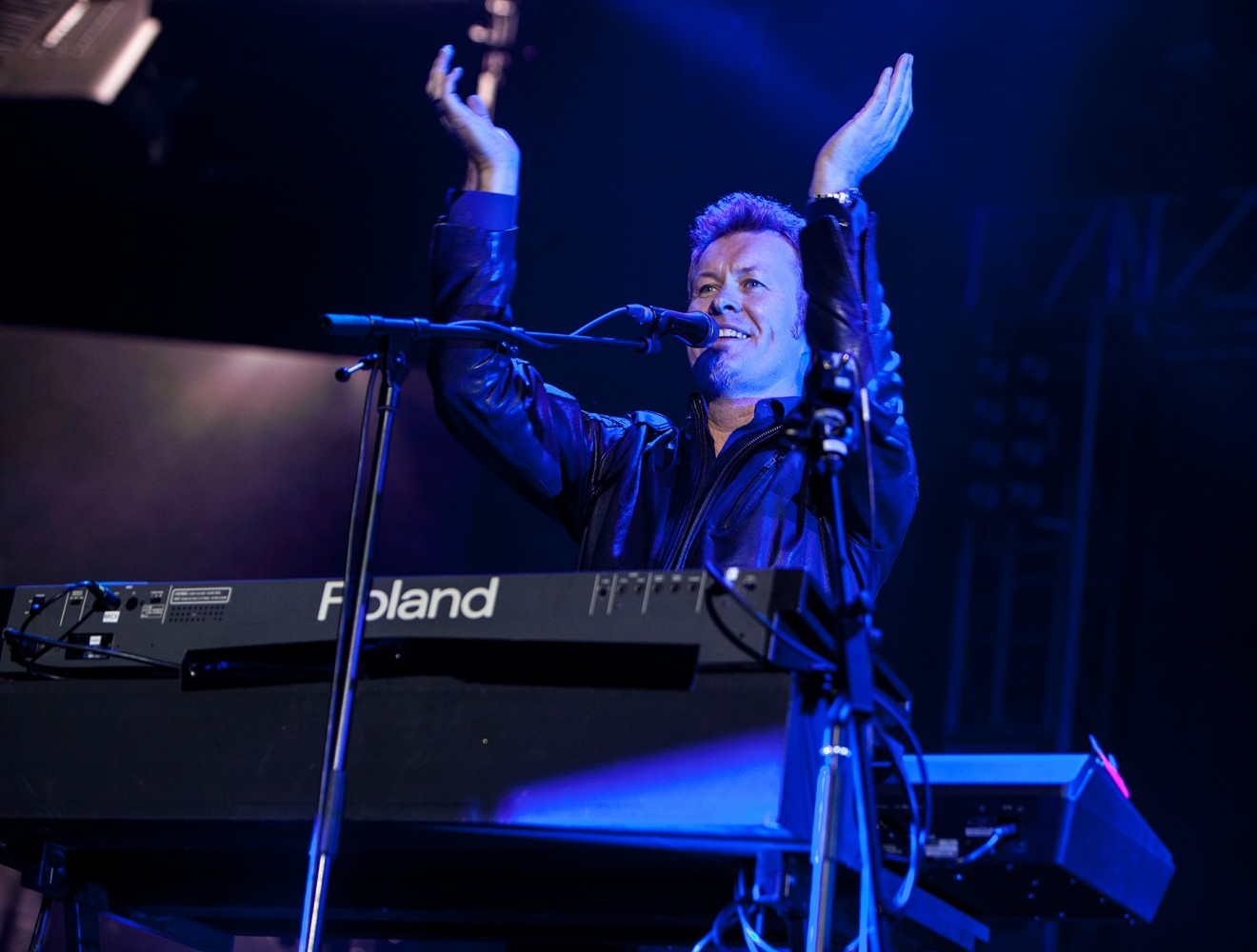 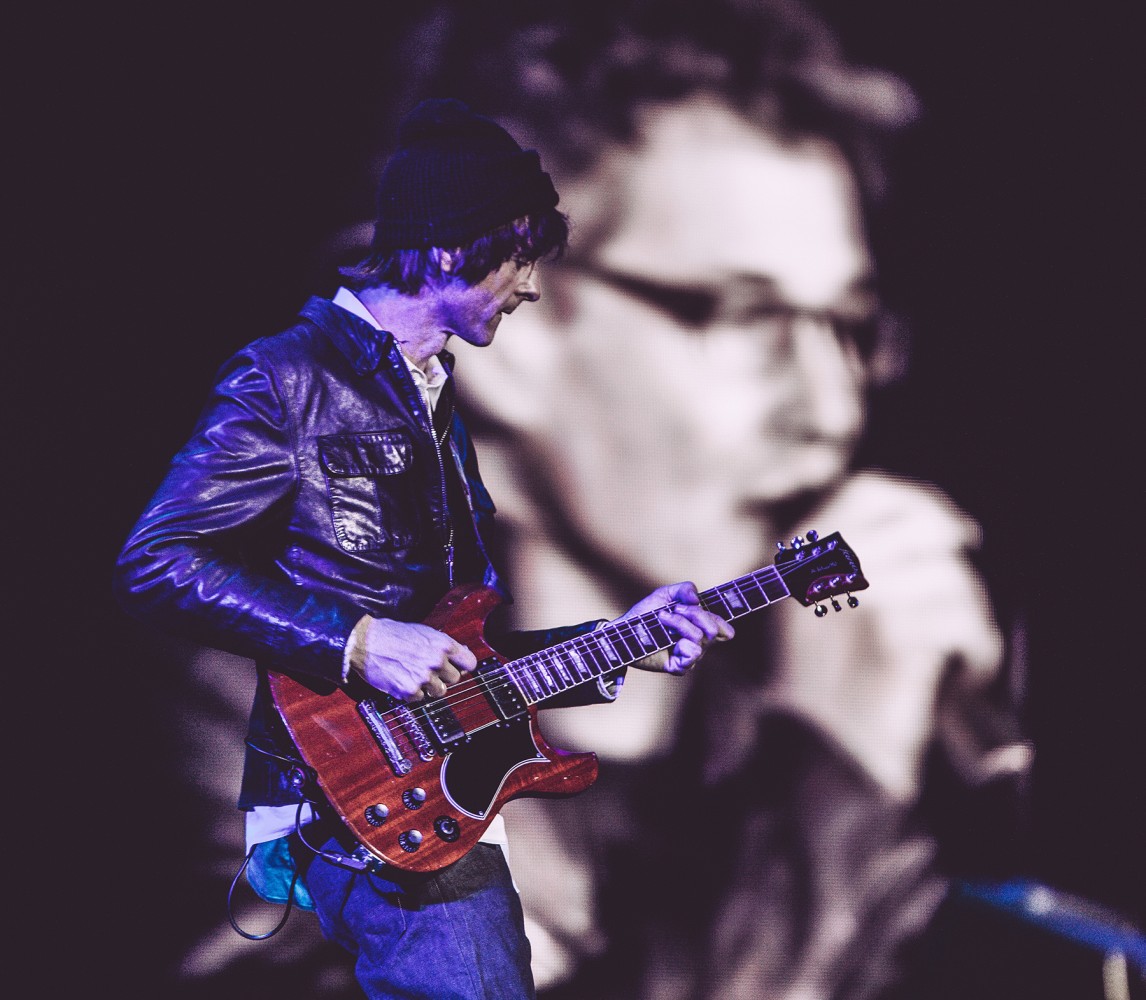 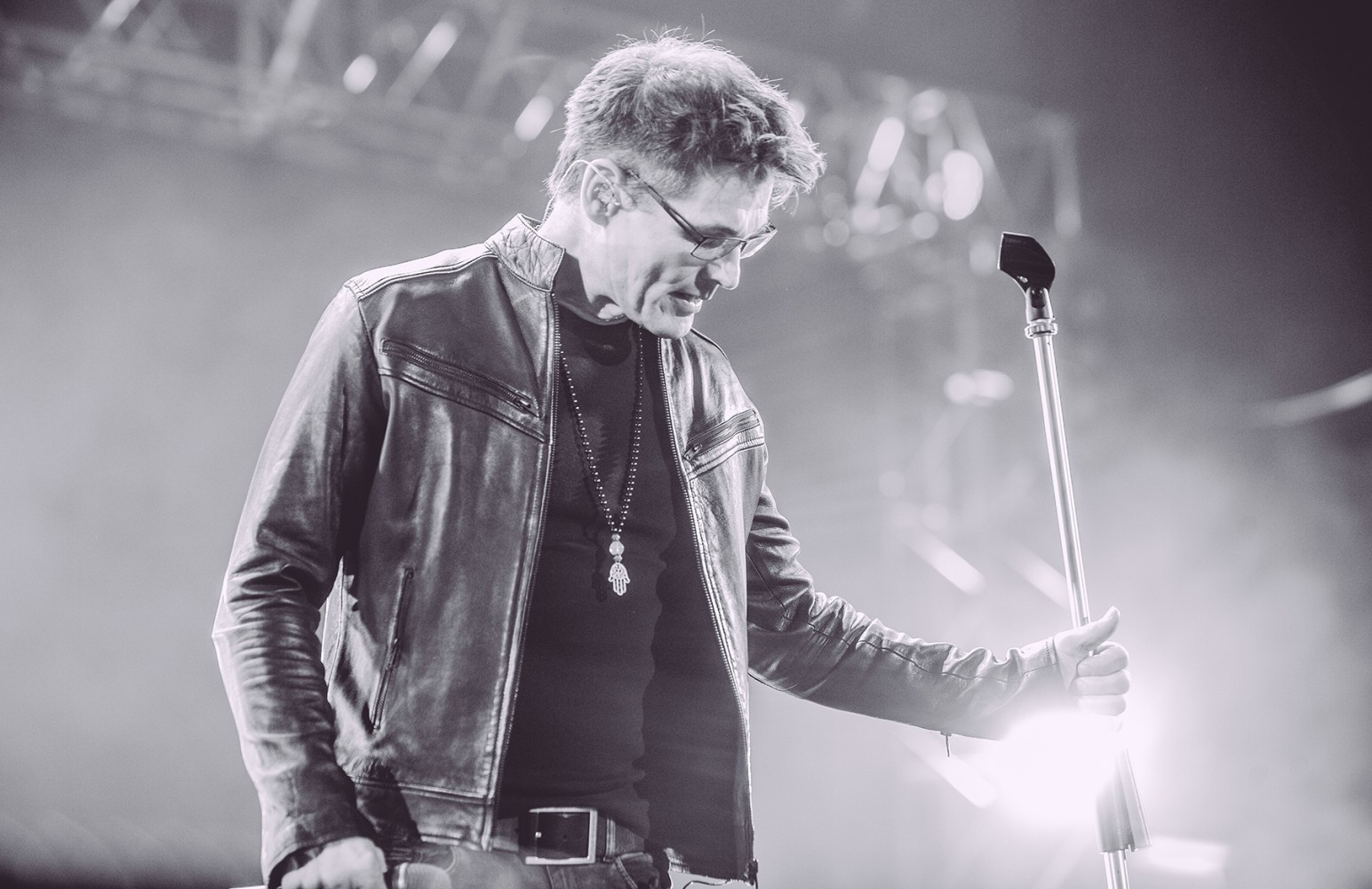 Unofficially, this is their third outing (the band took a break from ’93 – 2000), so more than ever this evening is a celebration of what they have achieved, covering all eras of their output. ‘I’ve Been Losing You’ and ‘Move To Memphis’ appear early, both showcasing bluesy rock, which filters through the set with early ’90s album track ‘Sycamore Leaves’ the pinnacle. The new album is covered with the title track and ‘She’s Humming A Tune’ both bringing something new and familiar. If anything there could have been more from it, considering their last UK covered the “hits”, but that said, even the better known numbers are album tracks or non-UK singles.

Keyboardist Magne F and guitarist Paul Waakter Savoy take centre stage for more recent tracks ‘Lifelines’ and ‘Velvet’ respectively; with Magne highlighting the fact that during a recent BBC interview frontman Morten Harket wasn’t shy in saying he “isn’t a vocalist”. In actual fact, he’s not all bad. But of course it’s Morten’s voice fans have come to hear, delivering the songs that mark memories; for most the pin-ups and posters, but for many the misunderstood melancholia. 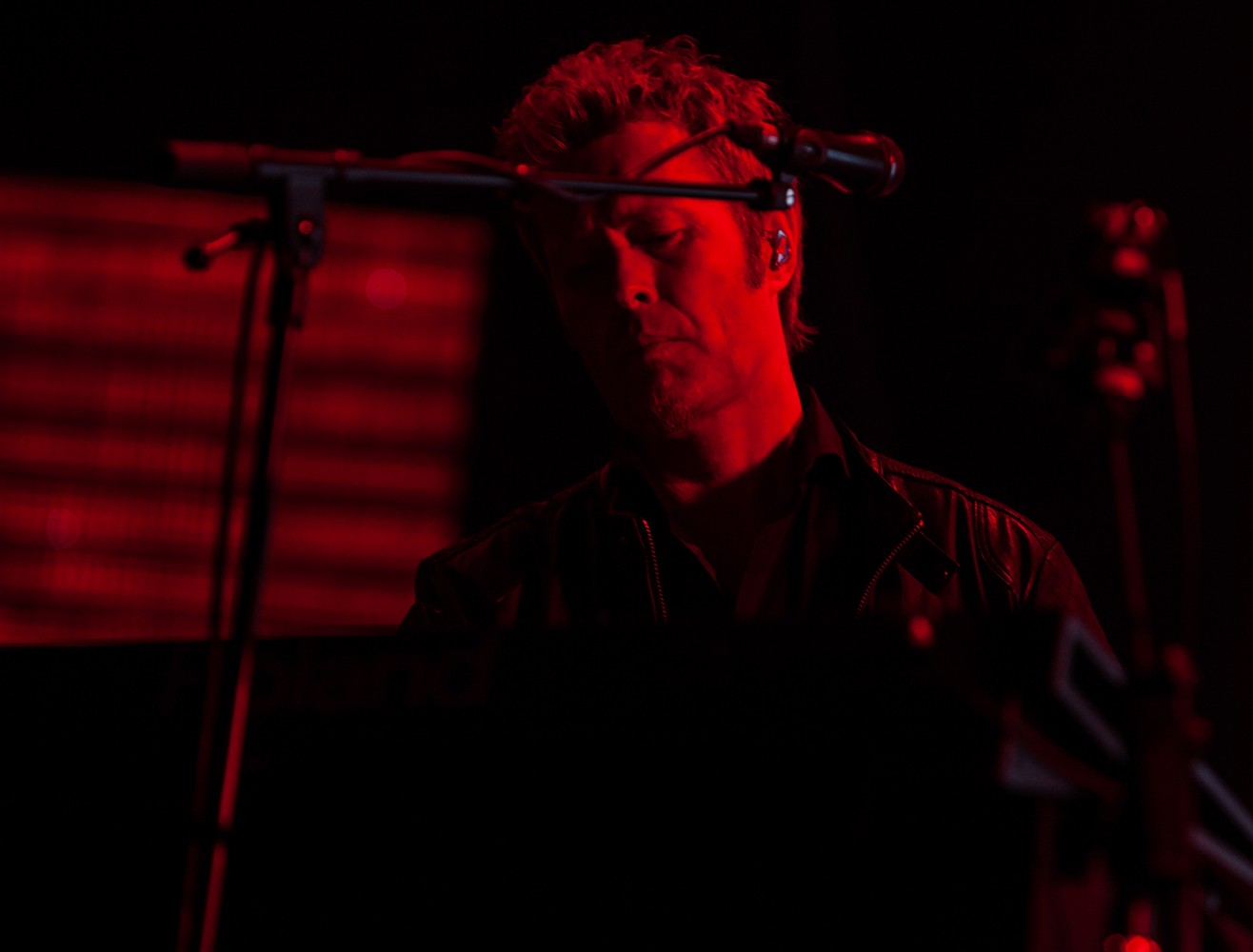 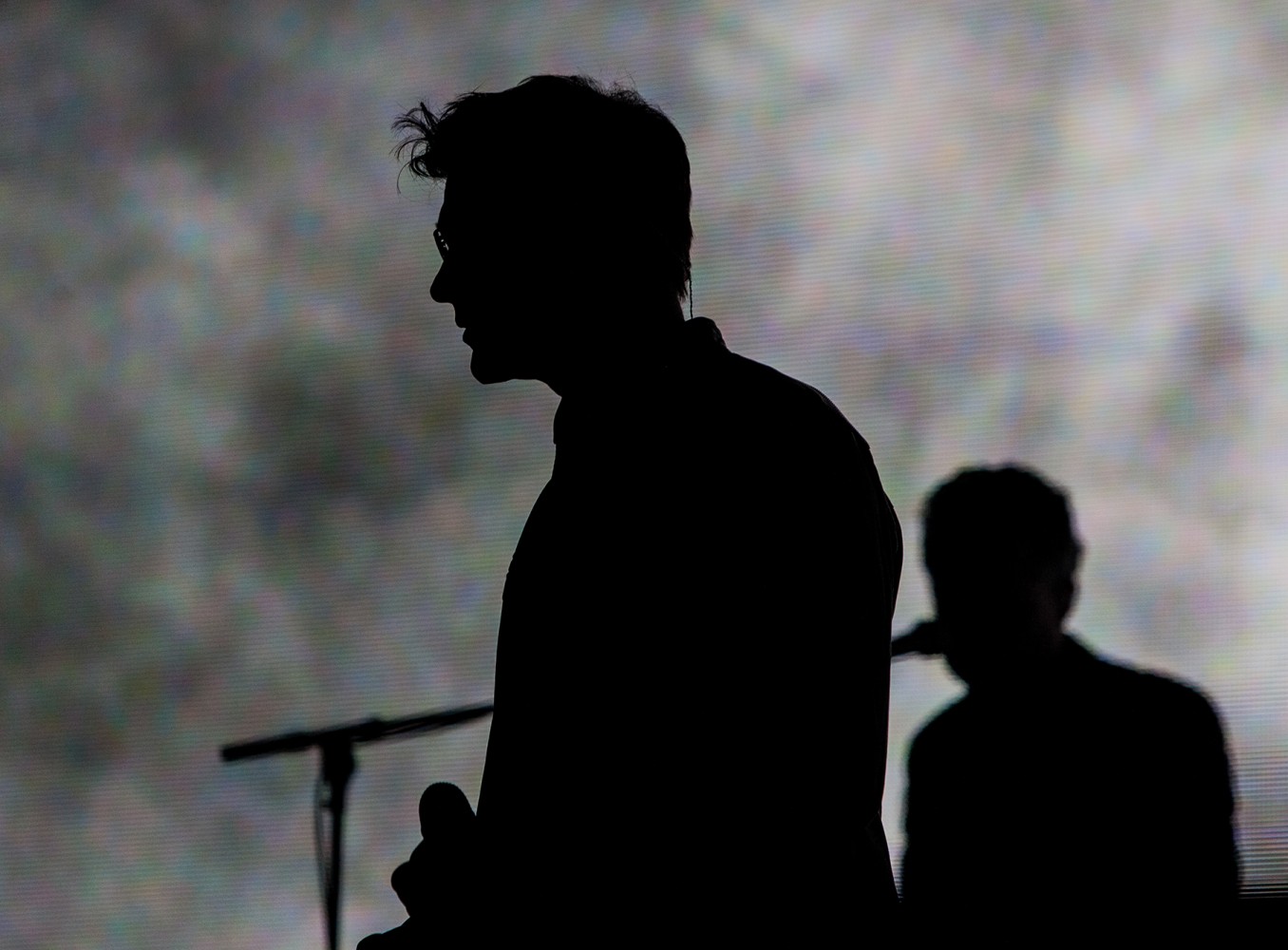 ‘Stay On These Roads’ stands the test of time, sounding like something Coldplay or U2 could have written (both have cited themselves fans), while ‘Hunting High And Low’ highlights that at 56-years old, Morten’s high notes show no sign of hiding. ‘The Sun Always Shines On TV’ leads the encore, a truly complicated pop song, from opening with the stripped back chorus before a one-minute instrumental leads to the first verse, and finally that euphoric middle-8 and a dramatic, Bond-theme end. 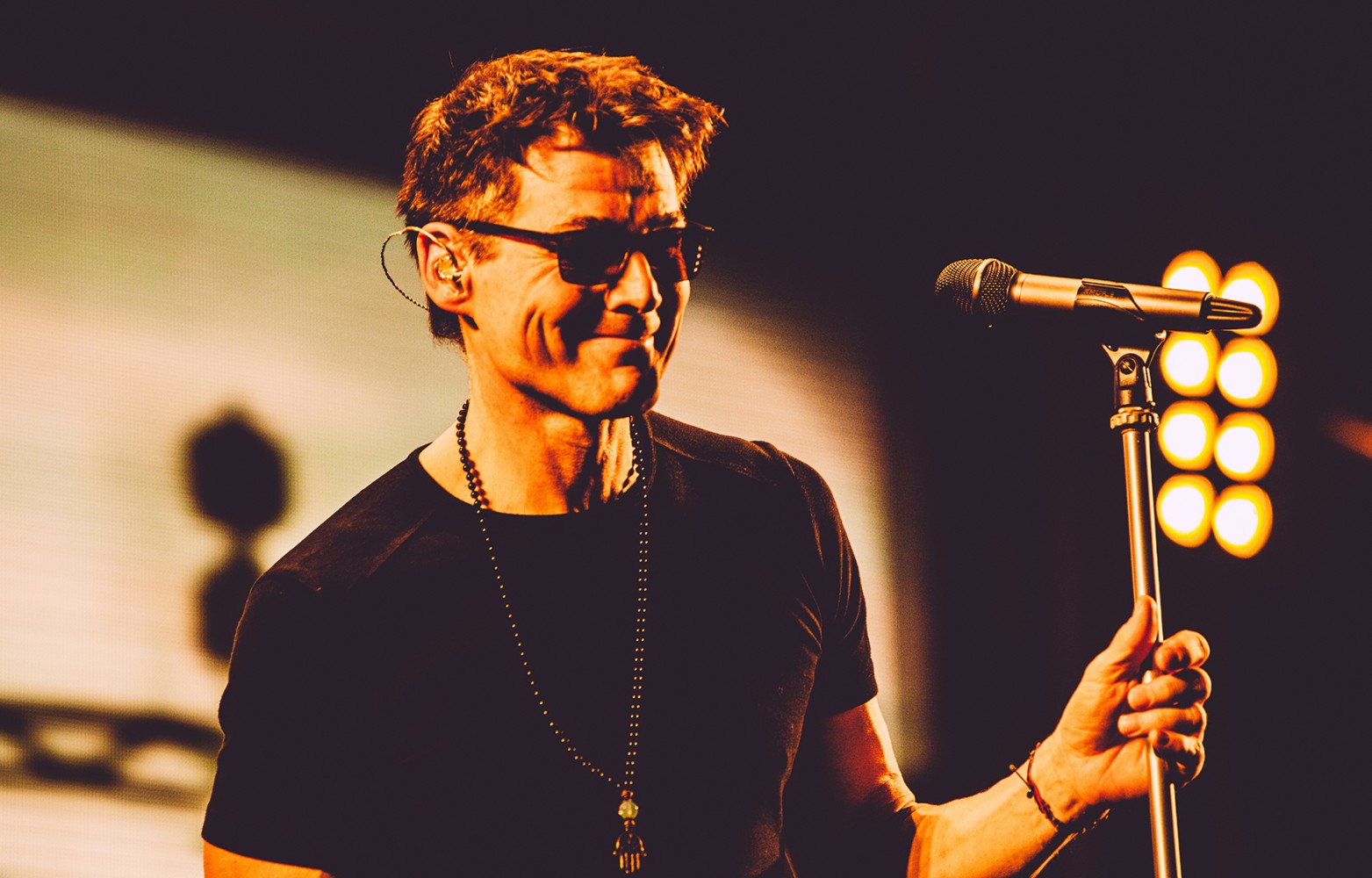 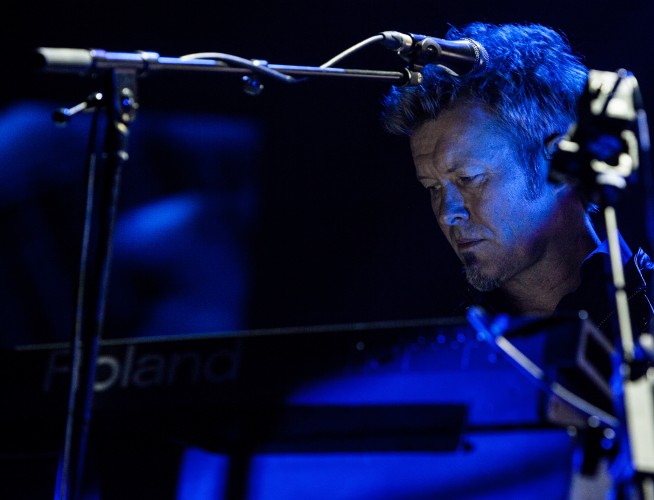 A more acoustic take on last year’s ‘Under The Make Up’ (“This is not the end…”) receives a surprising response, The o2 becoming a choir for the some of Paul’s most reflective lyrics (“…our hearts turn to stone shaped by wind, boulders slowly moulded over time…”) before ‘Take On Me’ is given a second encore. There’s little chat between tracks, and 99% of it comes from Magne, but the set list speaks for itself: The hits, the as-admired album tracks and the welcomed, more mature offerings before, naturally, ending on a high note. 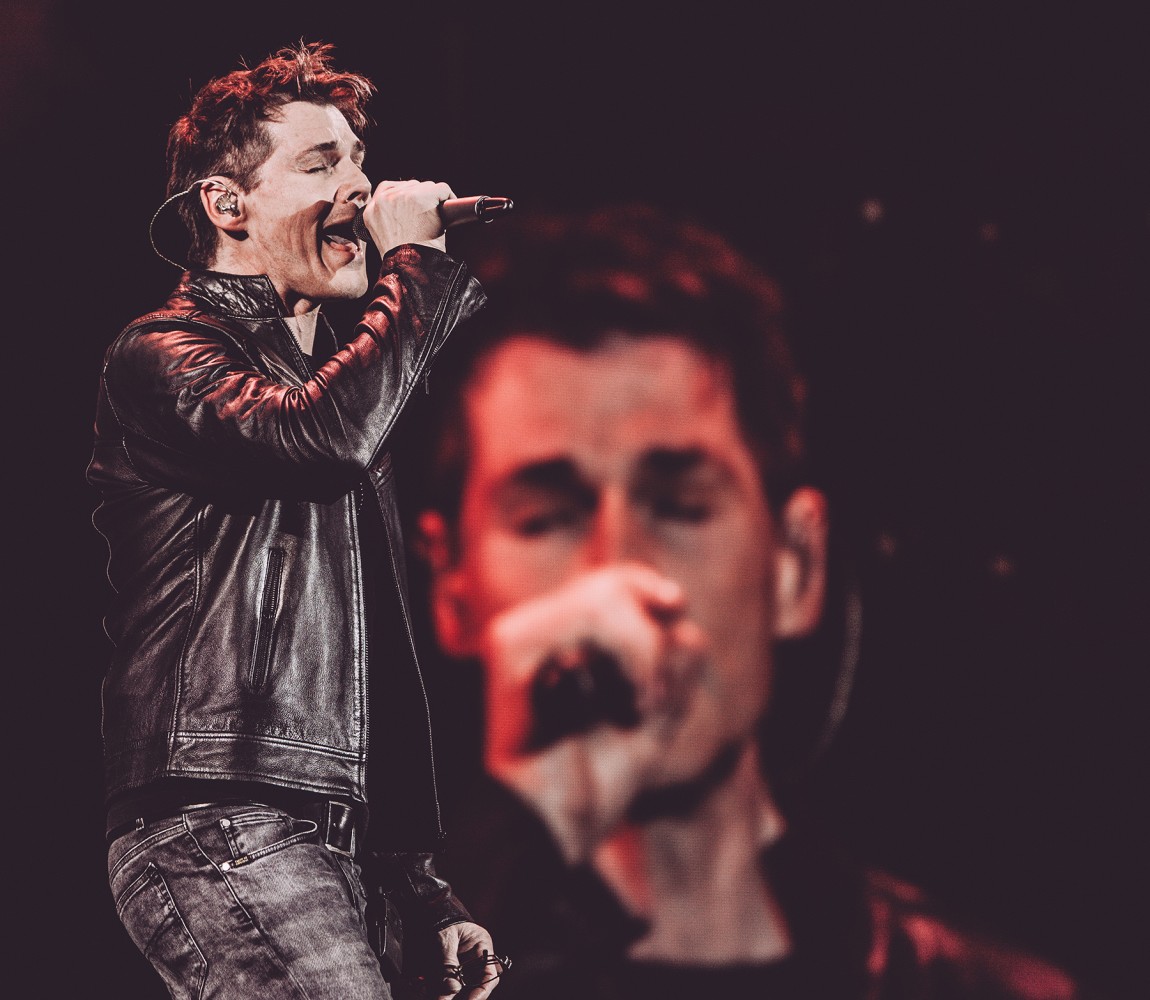