This Thursday (January 10) Fitz Promotions are kicking off their 2019 in style via a special 4-band billed show at Portsmouth’s Wedgewood Rooms.

After a cracker of 2018, Fitz Promotions (Billy Fitzjohn and Conor Clements) are back with a bang.  This time, the duo will take over Portsmouth’s Wedgewood Rooms for an evening of slick sounds showcasing the rising stars in music this year.

First on the bill is Colour Of The Jungle; a Southsea quintet who have the power to get your body moving.  Equipped with a penchant for complex basslines and howling vocals; Colour Of The Jungle are simply bold.  With the notion of “trying something new” at the Wedgerooms, all eyes are on the night’s openers to impress.

Elsewhere, you will find Basement Club alongside MOTH.  With the latter having only formed in early 2018, MOTH has had a whirlwind year chock-filled with defining moments such as headlining the prestigious Noting Hill Arts Club.  MOTH head to The Wedgewood Rooms on January 10 to show the world what they have been waiting for.  Catch them in an intimate setting now before the band makes a serious name on the festival circuit this summer.  Nobody with such an electric hybrid of genres gets away with being under the radar for too long.

Finally, the star of the night, The Taboos will close the first Fitz Promotions show of 2019.  A band again in their infinitary, The Taboos have soared from height to height in 2018 and plan on stopping so time soon.  Formed in East London via the ashes of The Rogues; The Taboos rely on heavy indie rock and sliding guitar solos to make their mark.  To describe The Taboos in two words?  Feisty and ridiculously fiery.  They are coming for you, 2019.

Fitz Promotions Portsmouth takeover on January 10 is set to give music revellers a taste of what the south is offering music in 2019.  It is going to be bold, produce an electric atmosphere and leave the taste of something sweet in the mouths of those who were lucky enough to grab a ticket.

Doors for Fitz Promotions Presents The Taboos at The Wedgewood Rooms, Portsmouth open at 7 pm.  Tickets are available now from £5.  Click here to buy tickets. 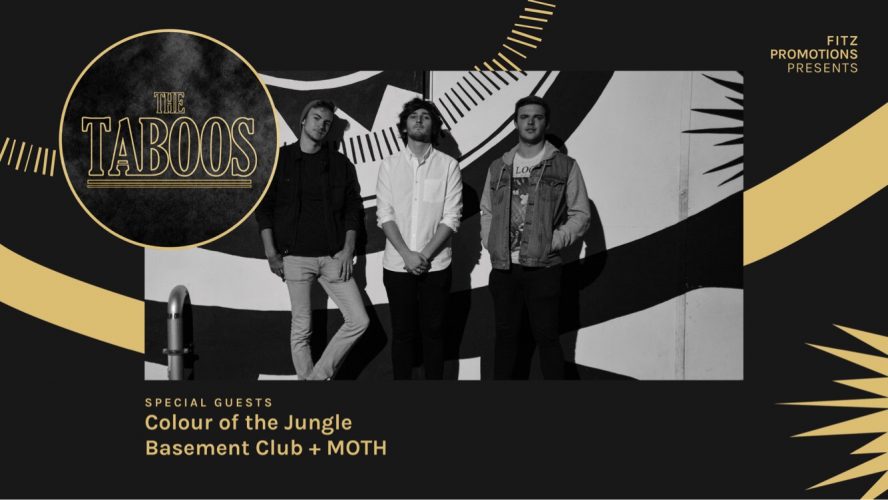