2005 saw Oasis re-establish themselves as force to be reckoned with as a live entity, touring endlessly off the back of the 6th studio album ‘Don’t Believe The Truth’. Many saw this album as a return to form with the new line up of Gem Archer and Andy Bell once again taking the helms of Guitar and bass respectively and now fully fledged members of the band in their own right. The line-up also saw the inclusion of Zak Starkey on drums, better known as the son of ‘The Beatles’ drummer Richard Starkey, or Ringo Starr to you and I and Jay Darlington on keys. All would be included in the gruelling world tour which followed. 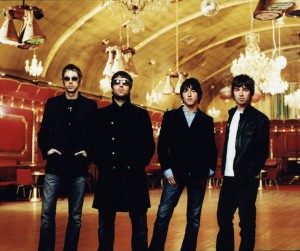 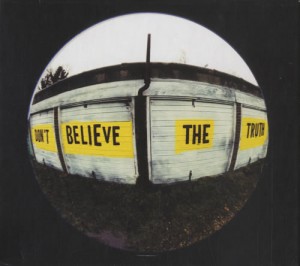 The most notable thing to come from this album is the more democratic nature of the song offerings from all 4 permanent members. Liam, Gem and Andy all contributed towards the album more so than on any other offering. All had previously had songs on Oasis albums but they always seemed like token gestures from ‘The Chief’ whilst his own took the limelight. The new approach ultimately delivers a record which doesn’t sound as ‘Noel-like’ as any in the previous in the back catalogue. After many years of dictatorship the hand of God had finally been unwrapped and, in his old age, Noel was sharing the responsibility. He didn’t even open the album with one of his. 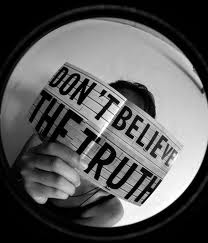 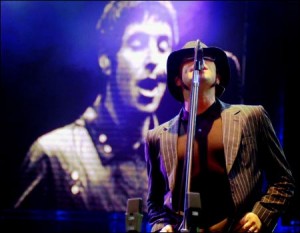 Andy Bell steps in to get things going with ‘Turn Up The Sun’ which kicks off the album, as it did the live dates that ensued, with a jingling jangling cacophony of keys, drums and blistering guitars. That ever so familiar formula that oasis have live and died by over the past 10 years but with a more mature and thought out approach. Never had there even a truer and more appropriate lyric for Liam to bellow and roar through than “I carry madness, everywhere I go”. The reason that those who love him is because he’s fucking nuts. The swagger of this force of nature is nothing short of a phenomenon through this opener with his singing giving it the unrelenting back bone it deserves.

From then on the album struts its way through the first of 2 songs with Noel on singing duties with ‘Mucky Fingers’. This 4 bar guitar loop is wrapped around Noel singing at his most perspective. This continued to be a staple through the live sets and to some peoples surprise recently made its way into Noel’s High Flying Birds set list as well demonstrating the main man obviously thinks a lot of this number.

The first single from the album was ‘Lyla’. And for me this is when Oasis are at their best. On anthems such as this Noel can really showcase the true extent of his ability and unleash Liam to echo the opening bounce through to the roaring chorus. It will never reinvent the wheel or tear up the rule book but it works and it’s what makes Oasis a full force to reckon with live. This is when they’re at their best.

The rest of the album rattles through songs offered up by the other members of the clan including Liam’s ‘Guess God Thinks I’m Abel’ and ‘The Meaning of Soul’. The latter being a song typical of what you would expect the younger Gallagher to write. It’s only 1.43 but sounded brilliant live and just as good on record. He spits his way through the lyrics with pride will a four to the floor punk enthusiasm and dismissive attitude. ‘Guess God Thinks I’m Abel’ is not only a clever play on words but also a new direction for and rite of passage as a song writer for Liam. It’s mature, patient, thoughtful, everything we don’t normally associate with Gallagher junior but fair play to the greatest front man of my generation, he wrote a decent tune here and delivered it with sincerity. 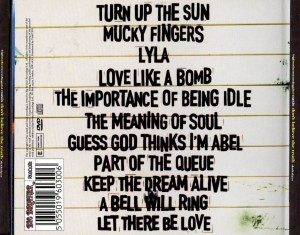 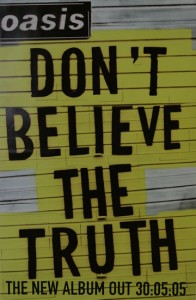 The 3 singles off the album (‘Lyla’, ‘The Importance of Being Idle’ and ‘Let There Be Love’) are by far the stand out songs with the second clearly influence by The Kinks rather than the usual Beatles nods and more than a whiff of The La’s about it. ‘The Importance of Being Idle’ feels like the closest, lyrically, we will ever get to those early days of sex, drugs and on the dole. We all know Noel’s background of a guitar and bedsit, and it’s obvious why and how the songs have changed but for this record it feels like for a moment he allows himself to be his 20 something self and talk about not really caring, enjoying the smaller things in life and, ultimately being lazy and content.

There are other less memorable tracks on the album but the closing is, arguably (and will always change), one of my favourite ever Oasis songs. ‘Let There Be Love’ takes me right back to 2005, aged 18 going to my first Oasis gig. I apologise to those more long in the tooth and who were there from the start but fuck it….they’re a good band. You know it, I know it, so the fact I was 7 during Definitely Maybe doesn’t matter. If anything this goes to show the legacy they have left behind because I, along with a lot of others, have been late comers to understanding the full brunt and brilliance of a band that truly defined a generation and are probably the last band to do so. As soon as the first keys on the piano are played on this beautiful melody the smell, the noise and the pure ecstasy of Milton Keynes bowl comes flooding back. The black and white, autobiographical video which documents the tour (and also makes up the closing scenes of the tour DVD ‘Lord Don’t Slow Me Down’) only go some way to show what Oasis meant and means to us, the fans. 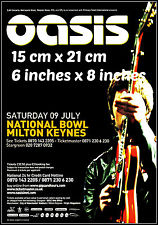 This album isn’t ‘Definitely Maybe’ and it’s no ‘What’s The Story Morning Glory’ but what it did give us was a platform to be able to see that fucked up band of brothers play live across the world which, is essentially, why we love them. To be able to see Liam declare he’s a rock n roll star and to see Noel tell us to not look back in anger may never happen again with them both on stage. When I was asked to write a retrospective to an album it was easy which one I would choose. This album meant I got to witness everything I loved about music in one night with my best mates and it was fucking amazing.

Features
Don't Believe The Truth for the record