Few bands have such a documented, colourful past as that of Joy Division and New Order, and few people can say they have been in two of the biggest bands to come out of Manchester.

Tonight can be seen as a celebration of Peter Hook’s career, specifically a celebration of his years as a bassist in Joy Division and New Order. Now fronting his own project, Peter Hook & The Light, away from the gaze of New Order, who still tour, we are treated to two separate sets showcasing both Substance albums from start to finish. 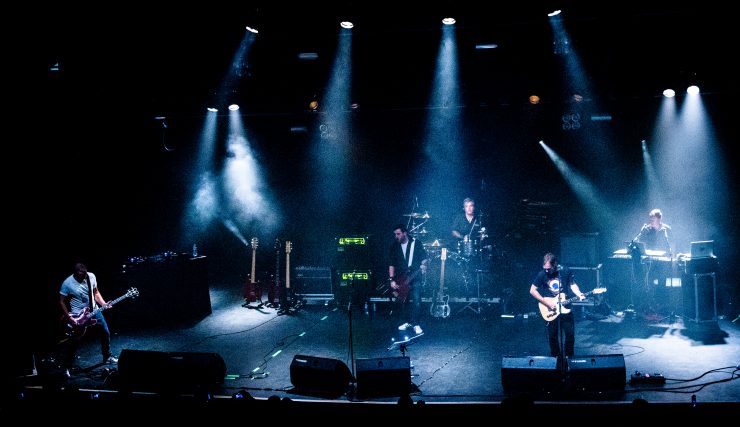 First of all the band take to the stage to do an early set covering the 1987 compilation album which takes in all New Order singles and a few b-sides for good measure. Wasting no time to get going, the band whizz their way through a frenzy of hits including ‘Ceremony’, ‘Blue Monday’, ‘State Of The Nation’ and ‘1963’. Most people within this crowd would have followed Hooky’s career across both bands and stuck by him through thick and thin. The constant signing along and chants of ‘PETE!’ prove this as he modestly goes about his business with a small amount of audience interaction and stage antics. The band has an unorthodox set up, with two bassists and one guitar, but helps to create a wall of sound over the top of various electronic drum beats and a live drum kit to boot.

We get through the first set only to remember that after a quick 15 minute break the band are back out to start the Joy Division section of the night. Not only is this evening a nod to the music that came from that band but also Manchester as a whole, as we are treated to a DJ sets playing what I can only imagine would have been hits being played in the infamous Hacienda back in the day. 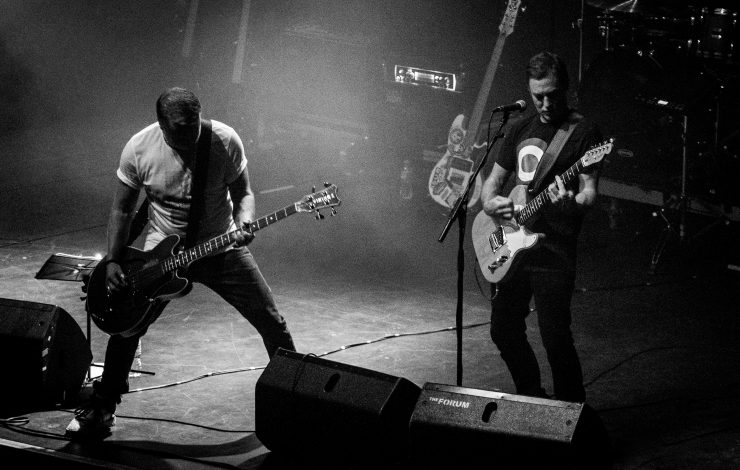 The ability to do two sets is an impressive show of career longevity but also a demonstration of stamina as we begin to embark on a completely different band and back catalogue. It’s easy to forget the group of musicians on stage aren’t the original line up of either band, and that Peter Hook wasn’t the front man, but none of this seems to matter to the die hard fans in the audience. Again we are made aware as the set goes on the increasing influence the band had over the Manchester music scene and preceding bands that came out of there. Personal highlights of this second set are ‘Warsaw’, ‘Transmission’ and of course, ‘Love Will Tear Us Apart’.

The latter giving the end of the night sing-a-long any band worthy of selling out venues such as this deserve. In a live scenario Peter Hook does a good job of letting the music do the talking and tonight is no different. Much has been made of the past years, from the early days up until now, but no one can deny that no matter which form you see them in, Joy Division and New Order were great bands with great songs and tonight was a fitting homage. 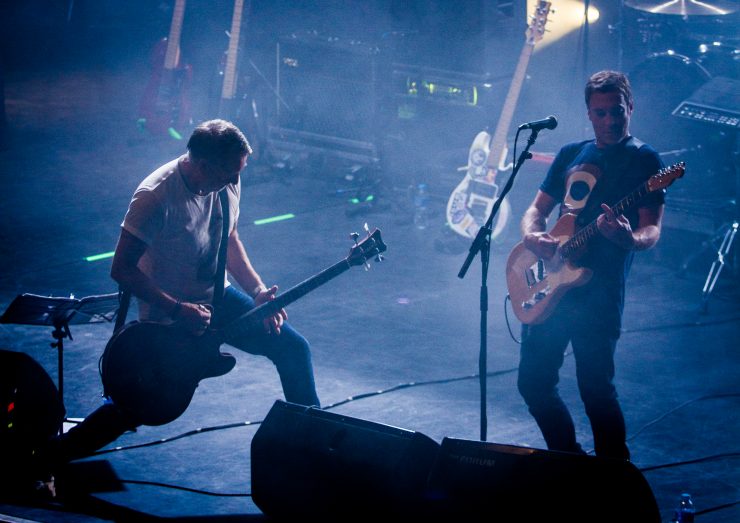 This Feeling Track of the Day : The Sandinistas ‘Ready To Blow’