‘Over Supply’ by Jango Flash

track of the year 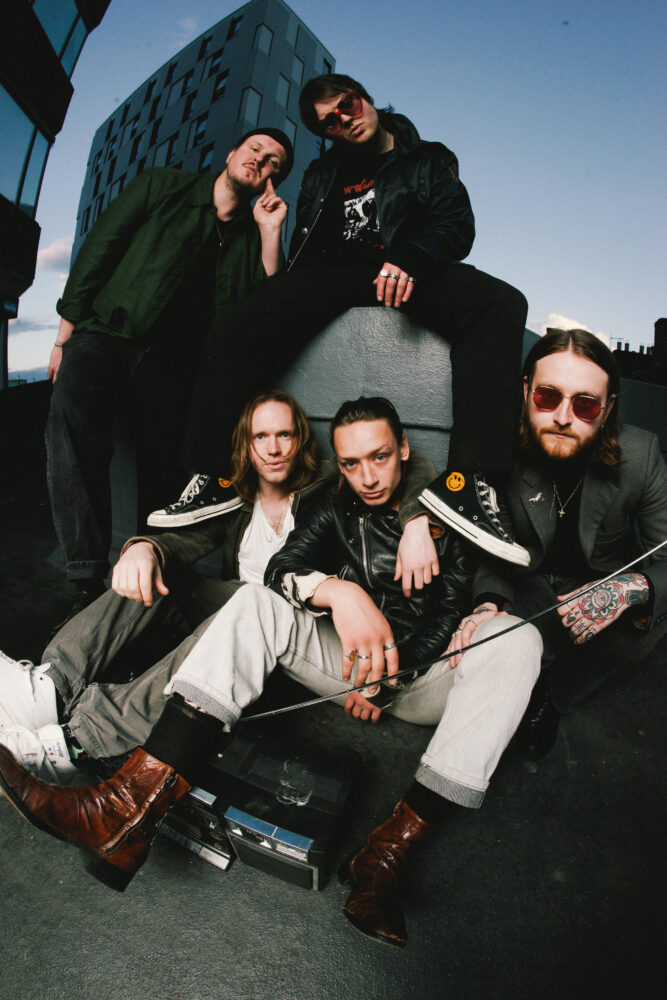 OUT NOW VIA ALL GOOD

Fresh from their northern sell-out tour late last year with fellow riff-makers The Pale White, Newcastle “kamikaze-pop” rock and roll outfit Jango Flash have today dropped a new track for their fans, the epic ‘Over Supply’.

Clocking in at just over the 2-minute mark, Over Supply sounds like the soundtrack to your next road trip, while subtly cutting listeners open with its brutal honesty.

From the Redheugh Bridge on Tyneside to the Brooklyn in NYC, Over Supply is the pre-summer anthem and tonic we need, while also providing listeners with the chill that accompanies opening old wounds or the pain that is felt when creating new ones.

Following on from their last behemoth single release, ‘My Mercedes’, Jango Flash has succeeded in penning a confessional anthem, but they have also managed to showcase how a person’s struggle isn’t always quiet; instead it can be quite loud.

With undertones of The Strokes, The Vines and classic 1970s New York punk rock, the track holds an important message amongst the catchy riffs and ferocious tempo.

Jango Flash’s frontman and chief songsmith Jack Golightly says of the track: “Over Supply came about last year at a time where anxiety was taking over my life.

“It was getting to the point where I couldn’t concentrate on what people were saying because I was so fixated on being sick and I was totally convinced I was dying.

“It was horrible, I wouldn’t wish it on anyone. I wrote the track to a room demo that me and Sam recorded on my iPhone in a practice, and that was it. It’s a 2 minute burst of energy. It’s direct and it’s on the nose.

“This track is for anyone who is struggling to address their darkest problems head on and who wants to find catharsis in music.”

Fronted by producer and songwriter Jack Angus Golightly, and taking their musical cues from the likes of The Clash, The Strokes, Empire of The Sun and The Cribs, the band’s feverish indie licks have already won early acclaim across the press landscape via key indie titans The Line Of Best Fit and Clash, whilst spins on the BBC Radio 1, BBC 6 Music and Radio X airwaves have certainly solidified their rising status as one of the North East’s hottest prospects.

Although the events of 2021 interrupted his plans to ramp up his touring schedule and develop his live show, Jango Flash haven’t let the pandemic stand in the way of the band’s development and will be back with new major support tours, festival dates and a string of new releases. Watch this space!

‘Over Supply’ Jango Flash is out now via all good digital stockists.

LISTEN TO THE TRACK NOW HERE ON SPOTIFY

This Feeling Track of the Day: Andrew Cushin ‘Catch Me If You Can’