Ahead of his gig at Jack Rocks @ The Macbeth, we managed to grab a chat with The Libertines drummer and legend Gary Powell, to talk his new project with singer Iris Gold and to get to the bottom of those rumours on potential new music from The Libertines. Surrounded by bottles of Jack Daniels, comfy leather sofas and musicians, Gary seemed on top form and really excited to give us those details we’ve all been waiting to hear.

Hey Gary, well this is exciting, a brand new sound that you have going on here with Iris Gold, how did this all come about?

We bonded straight away, we got on really well which is always a testament to a persons creative ability. You can’t pretend to be something you are not. You can pretend afterwards. Like for instance, Alex Turner from Arctic monkeys, he’s pretending to have this persona at the moment. I mean he is getting a lot of flack for it, but I quite personally like the idea that of creating a mad persona for yourself. These people that create personas for themselves, in order to actually add to the overall image of the band. 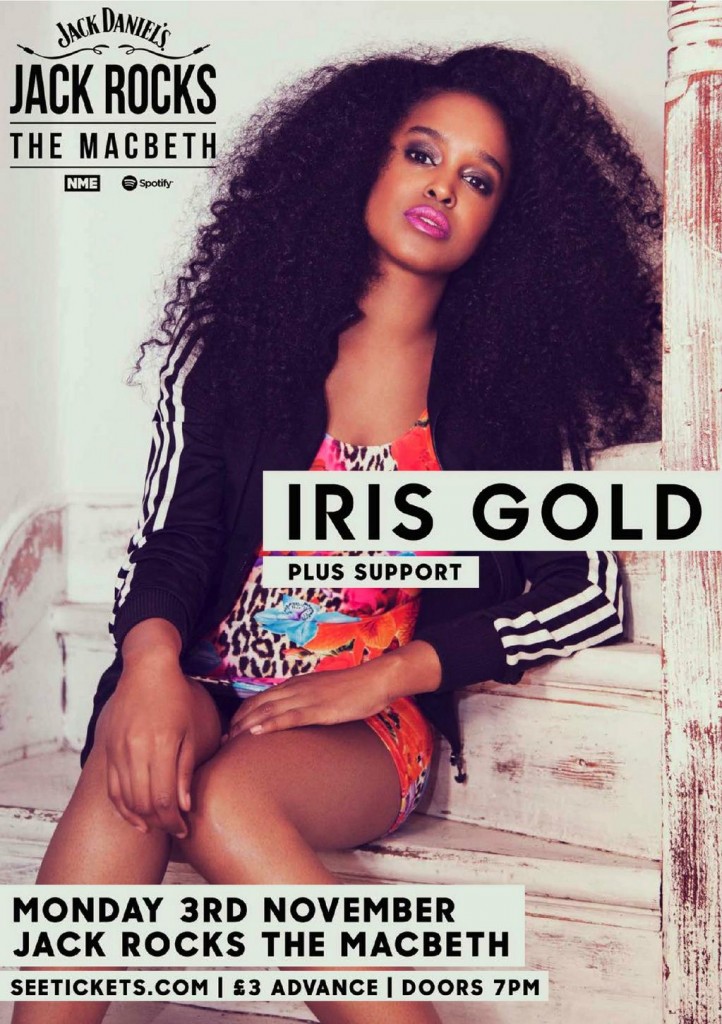 Do you feel that You and Iris have similar music influence then, even though the sound for you is something completely new and fresh?

Absolutely. I mean obviously I love rock and roll, its my passion, but then as is so many other different music genres. There’s so much out there. When I was out playing with the Libertines this summer in Berlin, before the show we went to a friends bar, and the first question my pal asked me was ‘who is your favourite rock and roll band?’ I mean how am I supposed to answer a question like that. Back when I was living in the states, friends of mine we used to go to Staten Island and go to hardcore rock gigs, and I used to love that. But now as a whole, there are so many different sub genres in genres, that I firmly believe you can find something in every sound and go ‘yeah I like that’. Now I would say I’m none genre specific, I like music. Music is the most important thing.

So what’s next for Iris Gold and the band setup, are there anymore upcoming gigs we can watch out for?

Yes, right now, I am firmly part of the Iris Camp. I love working with the guys I’m working with. We all get on really well and that is part and parcel of having a career in this music industry, getting on with the guys that you’re working with. If you’re in it for yourself , and you are completely single minded and there is a bunch of people working round you, its just not going to work. This is definitely a collaboration.

So I have to ask, after the amazing summer you and The Libertines have had, I think everybody is wanting to know what next. Is there any new music on the cards?

Well right now Carl is in Thailand with Pete, and yes, they’re writing together, Pete is doing a great job of sorting himself out. I think for Pete, from his own point of view, he wants to be just as ready for us guys, as we are for him. Which is great. He wants to be as good for us, as we want to be for him. Regardless of everybody else, in the beginning it was the four of us, and at the end, hopefully it doesn’t happen, but everybody doesn’t like us anymore, there still has to be the four of us. And we should be in the position where can all still live with each other. We should still be able to hang out and have fun together. 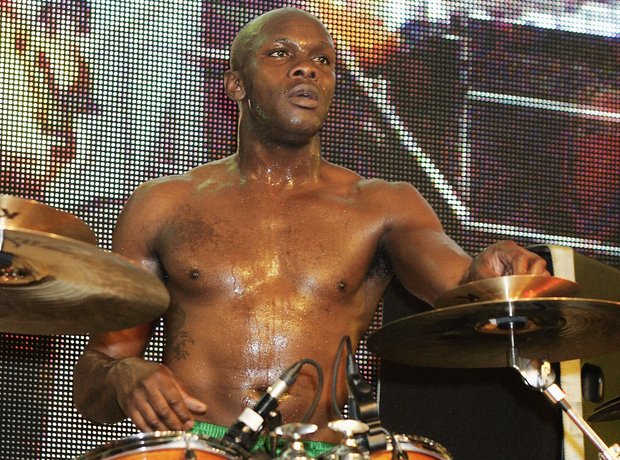 Excellent. So if Carl and Pete are busy writing at the moment, when do you start getting involved. And what’s the next step?

Well the plan is that hopefully we will all start adding something to the pot soon, to hopefully kind of freshen it up a bit. So its not going to be coming from a two pronged approach anymore. Prior to this project write now with Iris, I had my own band and did all my writing for them and so did John, he was writing for his band too. We can all add something, which will hopefully then make the overall dynamic four dimensional, a completely different approach, all adding to something that will ultimately be quite similar. We can’t stray too far from the path, but we all want to make it as current as we can do. You know, with reference to the lyrical approach it can be new and exciting, but we’re still never going to loose that Libertine emotion, and The Libertine dynamic, so that everybody immediately knows that they’re part of it.

That’s what The Libertines are all about and that’s what every fan looks for when listening to you as a band; that they’re part of the Good Ship Albion, and ultimately they’re part of something bigger. With that in mind, do you feel any pressure now you’re in the stages of creating new music to maintain that?

No. I personally think its actually going to be easier for us now. Easier then it was when we were back writing the second album “The Libertines” (with tracks such as Can’t Stand Me now, and What Katie Did). I think we’re all finally in a better frame of mind, we’re all better musicians, and more importantly we’re better individuals and people. I do believe that we can all handle the pressures a bit better this time around. The stress in general though is only there because we place it on ourselves, so what we need to do is just remove that all together and concentrate on ourselves and music that the four of us like. Even say for instance the new album is musically great, but we don’t present in a way that everybody likes then we’ve lost it. You have to remember that nobody say’s that they’re going to ‘listen to a show’, everybody says they’re going to ‘see a show’, we have to present it in a way that automatically everybody is going to want to grab a hold of. Listening to music now via the internet or whatever, it is a holistic experience and you hold on to it, you formulate memories and ideas in your own mind to that music. Generally speaking for everybody in the band, that needs to be happening for us too, so when the audience does listen to it, they get that feeling.

As a band we have to create something that when you listen to it you hear or feel something different every time, and the only way to do that is to approach it in an emotionally challenging and dynamic way, and that’s what I want to four of us to do, as opposed to writing something that we feel is just what the audience wants from us. Without wanting to be rude, the audience does come last, and you as the audience should gladly accept that you come last. This new music will be like going to see a sequel of a film, you go to see that film not knowing what you’re going to get, although you have a general idea. You don’t want what you had the first time, you want the follow-on, you want something fresh. You want the next chapter, and that’s what we’re going to try and deliver.

The only way we do that right now, is to focus on the four of us, not the deliverance of the record, that’s for the marketing and the label people to worry about. We’re the musicians, we’re dealing with the creative and right now, I think we all want to create something that we can look at and not just be happy with it, but have a complete emotional attachment to it. We want to blown away when its all done, and be like ‘shit that’s good’ just as much as you do. 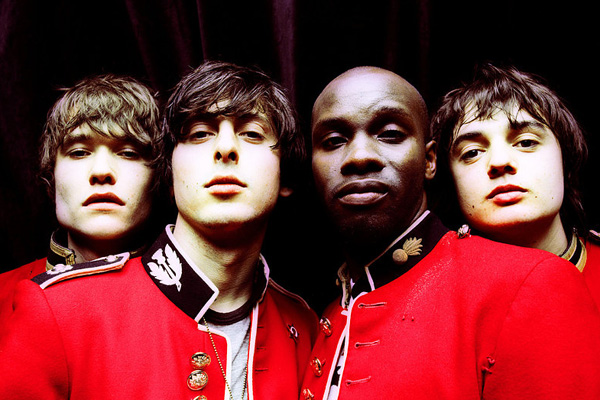 Well this all sounds REALLY exciting, and it sounds like you’re all focusing on coming at it from a better angle than before, both musically and as people.

That’s the plan, baby! We’re all in much better head spaces. I mean there’s a reason why when we played in Hyde park and the recent Ally Pally gigs that we played better than we ever have before. Even with the little rehearsal we had, its mainly just because we’ve all just grown as individuals. Each of us has become genuinely nice people, and can cope with certain scenarios a little bit better.

With that Gary spotted a full bottle of Jack Daniels Honey and started to talk about how he liked to drink his whisky. It was good to see a bit of Rock&Roll attitude hadn’t changed too much.