Set to release their debut album Welcome to Silvertown in May, London rockers Saint Agnes are raring to go.

We caught up with lead guitarist Jon James Tufnell and lead singer Kitty Arabella Austen just hours before their headline show at Camden’s Monarch on January 23 2019.

What was it that drew Saint Agnes together?

Tufnell: My old group supported the band Kitty was playing keyboards in and I thought Kitty was the star of the show. I wanted to start something that exuded new energy. Kitty made that happen.

We started living and writing things together very quickly. When we found Ben and Andy, we knew we had met the right people for our band.

The band has a fierce sound, did you naturally arrive or forge it through experimentation?

Tufnell: We just let it happen.  Andy is a real John Bonham-style drummer while Ben plays bass like Lemmy.  Those elements came together in a proper rock way.  As soon as we started making music, we quickly realised who we would be. 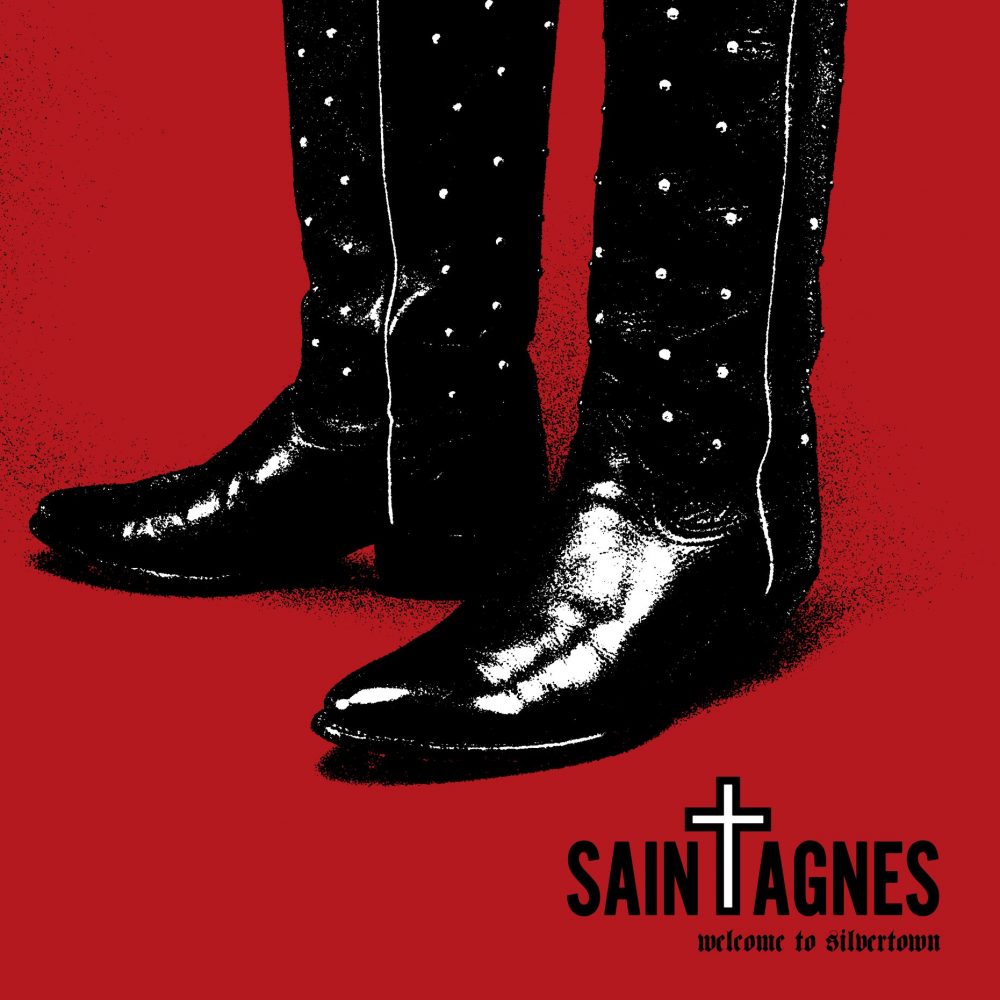 The times we live in are pretty turbulent, how has it affected you as songwriters?

Austen: It has made us write some pretty angry songs.  You cannot avoid politics.  We are not as overt as IDLES, but it is definitely in there.

Tufnell: We like to perform aggressively like a punk band. The album has a lot of escapist and fantasy elements to it which helps us escape from the mad stuff going on.   It was a necessity for Kitty and me to get away like a lot of others in London….living hand-to-mouth in a freezing cold flat. Everything felt so stacked against us, so this alternative Silvertown we have created is as if we are existing as outlaws.

Your debut, Welcome To Silvertown, is out in May.  What has the initial reaction been?

Tufnell: Better than we could have ever thought! We thought to make this album was going to be a private endeavour.  The response has been great!

Being part of the This Feelings Big In 2019 line-up, have you found things have suddenly begun to pick up for Saint Agnes?

Austen: To be fair, we’ve been going quite a while but this year, with the album coming out and strong support from Spotify, it is really starting to feel great.

Tufnell: It definitely feels like there is a tipping point coming. We have been relentlessly working. Our whole lives are this band.

What are Saint Agnes’ main goal and purpose as a band?

Tufnell: To provide a space for ourselves that has no limits.  To throw that in the face of everything and everyone who says that you cannot do it!

What are your immediate plans for Summer 2019?

Tufnell: We have Rock For People lined up, that’s going to be great! A few European festivals too.  Our entire focus is the album and writing for beyond that. We have some fucking cool stuff that I cannot wait to get on with.

Saint Agnes’ look is unique.  Is it something that was planned?

Tufnell: All of us love those bands that go that extra mile. So our look and our artwork are all about letting people enter our world.

View all posts by Luke Scanlan →

This Feeling Track of the Day : FEET ‘English Weather’

Dancing On Tables Interviewed: “the future of Grassroots music venues”