Falling on the Easter Sunday, Bass Music Awards welcomed Manchester city with a  setlist of bass-line mc’s, straight-drubs,  jungle fever and more from a range of  performers.

Earlier on that day the award ceremony took place, having posted a prompt on voting here, and setting up our own Essentials for Bass Music Award playlist on Spotify, the votes were finally counted the evening of the live event. Results as follows;

Best Event 2018 – Rampage
Best Track – Police In Helicopter – Benny L
Best Album – Friction – Connections
Best Record Label – Helicopter
Voted for by the public
Best Bass DJ – Skepsis
Best DJ – Andy C
Best Group – Crucast
Best Live Act – SaSaSaS
Best MC – Bru-C
Opening the first hour of the setlist are London quartet Problem Central, “I say problem you say central” beckons  mc Eksman- before mixing into some chopped and screwed old school jungle. Performing at the main stage at the beginning of the event, it’s fair to say their turnout was relatively large considering they were the first act on. Alternating jungle tendencies with cliche piercing house drops, Problem Centrals performance often alternated between authentic hard-hitting bangers, to the odd, more youthfulness house music presents. Almost as if alternating between two different audiences, at most their set was hype-charged with excitement, with well communicated call and responses. It was nice to see the group play live here, as they mentioned it was a return for them to the first venue they ever played as a group. What a great way for the first ever Manchester Bass Music Awards to kick off their event. 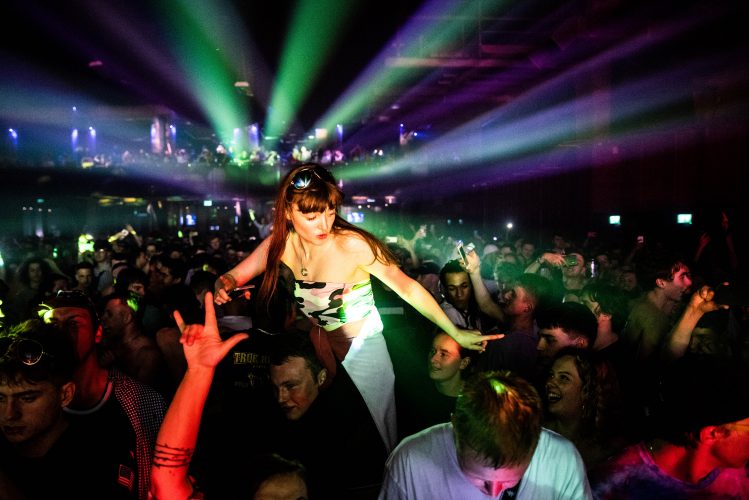 Following are Dimension, a slightly less enthusiastic set, a group better known for their collaborations. Nonetheless, tracks like, ‘Like to Me,’ ‘Generator,’ and ‘Desire,’ still went down a treat.

Improving the atmosphere of the last is the Brighton chameleon of drum ‘n’ bass, Friction. Piecing off-kilter sounds spiral across the walls of o2 Victoria Warehouse and the frantic lights bounce off stage as ‘Mad in the Jungle,’ skanks pulsing trebles of bass and fearsome drops.

Escaping venue two as we hear the distinctive, progressively hypnotic sounds of Pendulum, glued together by excitable teens in the crowd – Pendulum sets off an insane mosh with their 2010 release, ‘Watercolour,’ taken from their Immersion album. Piercing a more alternative sound with their electronic meets rock aesthetic, Pendulum were easily one of the biggest shows of the night. Their infamous auto-tuned vocals, slightly dubstep drops, but not the cliche, unlikeable dubstep us millennials went through a phase of liking in 2009.  Everything about their set emphasised why they’re a must-see live group. 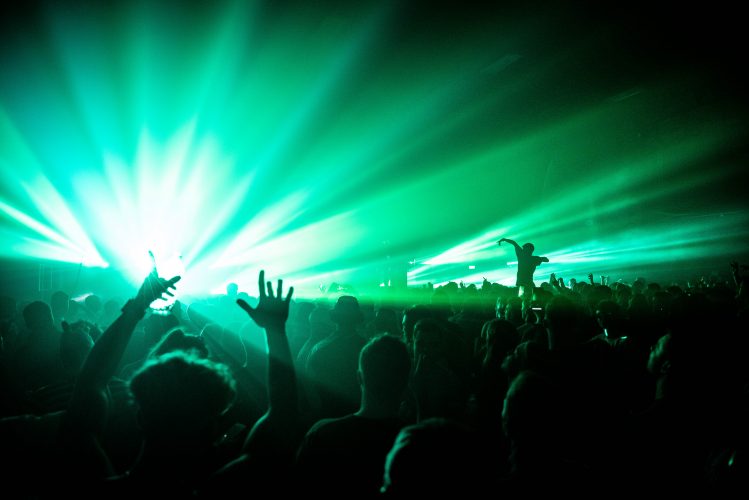 Slicing industrial glitch electronica is award winning DJ and Producer DJ Guv, absolutely slamming his main stage set with a 50 minute mix of sprawling beats – a completely different sound to our last show. Dj Guv’s classic technique of abusing clashing beats with glitch synths and spooky vocals are what makes his shows so manic, whilst slightly predictable, you can always assume at some point there’s going to be a wave of piercing instrumentation at the fall of a drop.

Concluding the night is UK Apache, best known for his ’95 release featuring Shy FX ‘Original Nuttah.’ As the lights dim and people awkwardly discuss amongst themselves whether it really is time to go, Apache walks onto stage and the lights are dim again, it’s that time. Gearing up the audience with some A cappella speed-garage vocal delivery, those on their way out slowly start to peer back towards the main venue and it’s as if it’s 1am again, Victoria Warehouse is packed, the floors sticky in spirits, overheated bodies and beaming eyes. As the DJ spins an aggressive reverse on his decks, Apache spits into his rawest lyrics, soon enough everyone is swinging themselves along, enjoying every inch of the last few moments of the night. 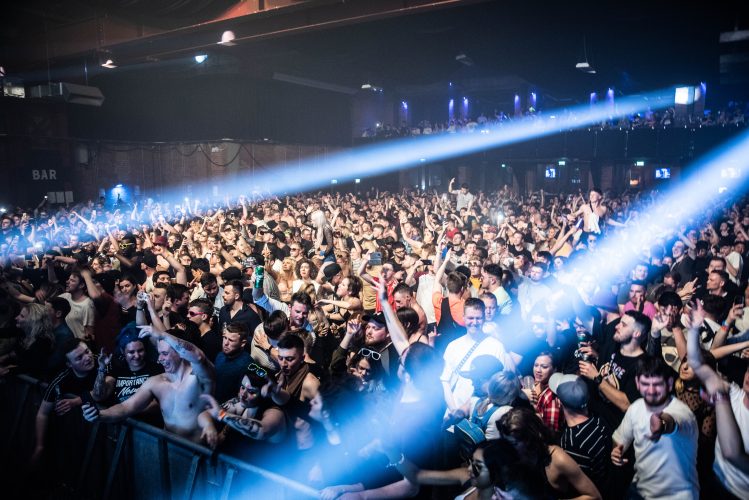 And that my friends is what concludes the Manchester Bass Awards. Till next time.

COMPETITION: Win tickets to see Christine and the Queens at All Points East 2019