To celebrate any major anniversary, you have to be willing to pull out all the stops to throw the biggest, rowdiest bash you possibly can, you can’t let something as menial as being a relatively small, unknown festival put you off. That’s exactly what LeeFest did this year to celebrate it’s tenth anniversary, by creating The Neverland – a wondrous magical world that transported festive fans far away from it’s “secret location” near Tunbridge Wells and into a land where growing up simply isn’t an option. Perfect surroundings for all those that just CANNOT adult during the weekends…

So what did Lee have in mind for a top-notch tenth birthday party? He went with the classics of course, pirates, mermaids, food fights, paint, and PLENTY of glitter – pretty much everything you expected to wake up to when you crossed the border into the world of double figures. A family-friendly festival where you were encouraged to choose a tribe to associate with (Lost Boys, Mermaids or Pirates), the three day affair wasn’t just about the music, with activities to keep everyone busy through the day and troupes of entertainers decked out in their tribe’s gear dotted around the site. Children zorbed around the fields while their parents – fully kitted out in pirate and mermaid dress – lounged on the hay bales strewn about between stages with cider in hand in the sunshine, generally thinking that Lee was a top bloke.

But once you’d had your fill of the comedy and cabaret on offer, had a dip in the hot tubs in Mermaid’s Lagoon and grabbed a pint from Tinkerbell’s Taphouse, it was time to get down to the main event – and man, has LeeFest come a long way from it’s humble beginnings in Lee’s parents’ back garden…

Kicking the festivities off with a bang fell upon the shoulders of Everything Everything, who blew the roof off the big-top style Tootles Circus stage on Thursday night with classics ‘Regret’, ‘Distant Past’ and ‘Kemosabe’, and generally whipped the crowd into a sweaty, falsetto-reaching mass who wanted to remain dancing long after the last song.

Although a tough act to follow, headliner Ghostpoet did so successfully, bringing his unique style and infectious beats to wake up the Kent countryside, before handing over to DJ Luck and MC Neat who brought a little bit of luck to keep the glitzy lido-themed club area in Mermaid’s Lagoon moving through the night – which it well and truly did.

With a few people nursing their first hangover of the weekend, Friday’s proceedings got off to a mellow start on the main Bangarang stage with the soothing acoustic Paolo Nutini-esque melodies of Corey Fox-Fardell, before synth-poppers (and possibly happiest band in the world) Clean Cut Kid brought their infectious energy with new single ‘We Used To Be In Love’ and asking the question on everyone’s lips, “Where the fuck is Lee?!” Assumably running round like a headless chicken…

Rapper Little Simz had the crowd warming to her with ‘God Bless Mary’, written about a neighbour who had to endure her music at all times of the day, before causing a frenzy and getting everyone on their feet to give “nothing less than 110% energy” for her set closer – all-in-all bringing an impressive powerhouse of a performance to really wake everyone up. Kent locals Get Inuit impressed on the second stage with their dirty pop and energetic vocalist, before headliners Circa Waves arrived to really steal the show.

Straight to the point, the Liverpool pop-rockers smashed out ‘Get Away’ and ‘Good For Me’ and just like that, the party picked up again right where Everything Everything had left off. Their first festival headline slot, the lads definitely didn’t disappoint as they hit tune after tune from high-energy debut album Young Chasers out of the park. As fan favourite ‘T-Shirt Weather’ closed their unforgettable set and the sun set on an incredible summer day, there was a unanimous feeling that the band’s summery surf-vibes were exactly what we all needed.

But above all, the band on everyone’s lips throughout the day were Manchester four-piece Spring King, and as everyone legged it over to see them close the Circus stage it wasn’t hard to see why. Reminiscent of The Drums, it was clear to see that the lads already had an established fan base for quite a young band, as sprightly young’uns chanted every word along with them – definitely one to watch!

There was an overall vibe of sassiness to the final day, which started with disco-pop band Nimmo and their catchy synth-fuelled tunes and singer-songwriter Hannah Trigwell’s acoustic summer melodies and cheeky asides, and carried right through into New York indie rockers We Are Scientists’ set. I more than anyone had been looking forward to this slot all weekend, and even though opener and indie classic ‘Nobody Move, Nobody Get Hurt’ went off with a bang, there was a niggling sense that felt like something was lacking. The banter – which is probably almost as famous as their single collection – was there, as were the crowd pleasers such as ‘Chick Lit’ and belters from latest album Helter Seltzer, but, as Little Simz might say, there didn’t seem to be 110% energy coming from the crowd.

Maybe singer Keith Murray also picked up on this, as he flung himself over the barrier and into the first few rows to make many a fan’s day – particularly one dressed as the devil – and after numerous hair ruffles and frantic selfies had injected enough excitement to hop back up on stage for closer and firm favourite ‘After Hours’. That seemed to have done the trick!

Next up was Shura, who didn’t have to go to such extreme measures to get everyone dancing, making her way through the many delightfully synthy hits from her recently released debut album Nothing’s Real and paving the way for the main event, Lianne La Havas. 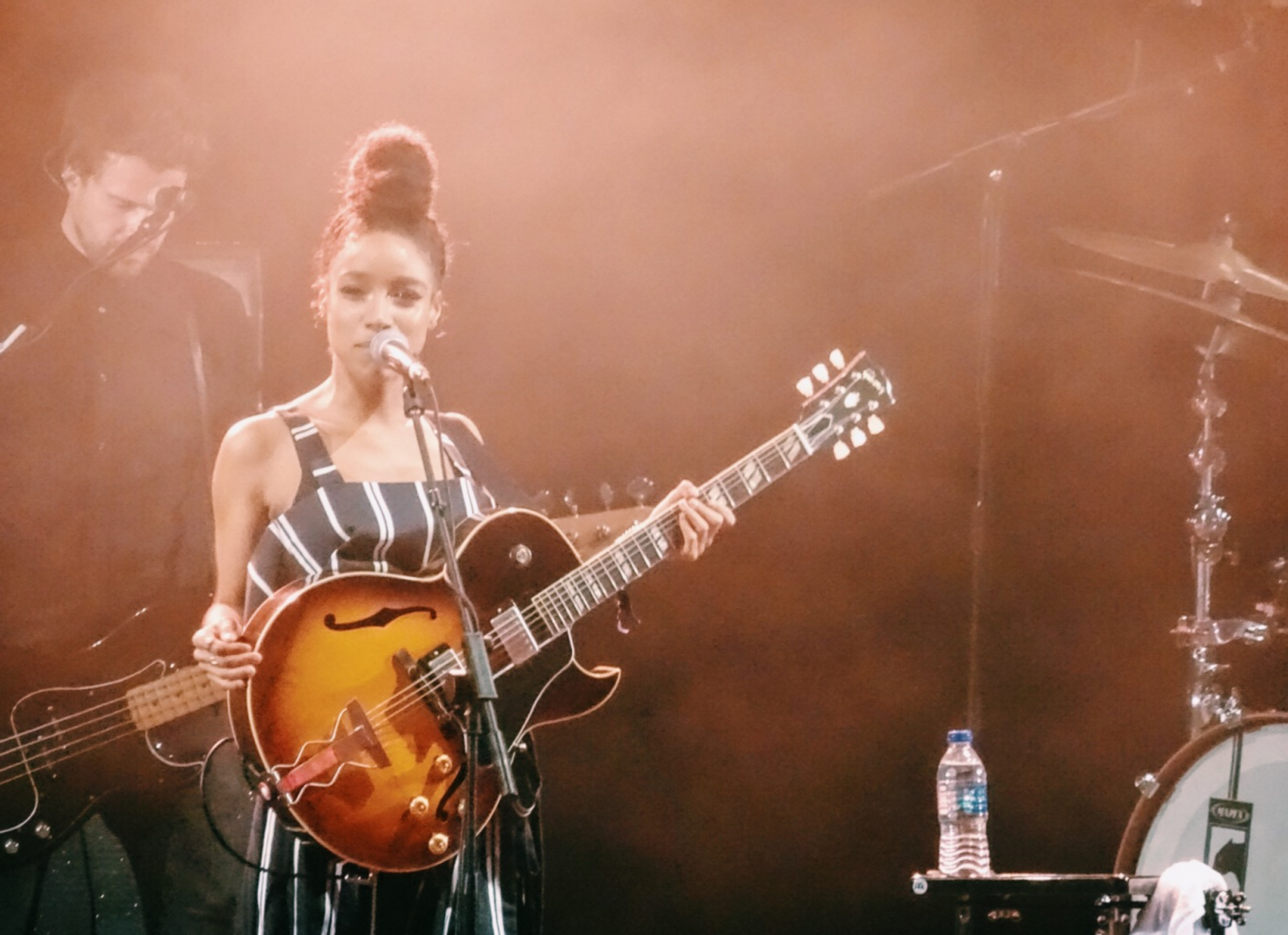 Bringing her powerful soul to the stage, Lianne proved straight from the off what an incredible talent she is, earning her headline spot and being incredibly humble about it throughout – genuinely excited for the opportunity presented to her. But it shouldn’t really have been a surprise, as the fans packed out to hear the ever-growing roster of hits under her belt, including ‘Unstoppable’, ‘Grow’ and ‘Is Your Love Big Enough’. LeeFest + Lianne = a perfect partnership.

As had become the custom by now, it was over to the Circus stage to catch the fantastic The Big Moon whose tunes encompass all things indie, and popular rockers VANT who closed the night with the sense of fun and energy that LeeFest truly deserved.

This Feeling Track of the Day : Nieves ‘Roughcast’