Upon entering The Garage in Islington, the lights were low but the swelling crowd were on a high before Declan McKenna‘s performance had even begun. Support act Orla Gartland – who’s rumoured to put on a spectacle of a live show – had warmed the crowd nicely, and the mood continued to rise as the minutes passed and gig-goers were treated to a playlist of upbeat 80s bangers – including The Human League’s through and through crowd pleaser, ‘Don’t You Want Me’. 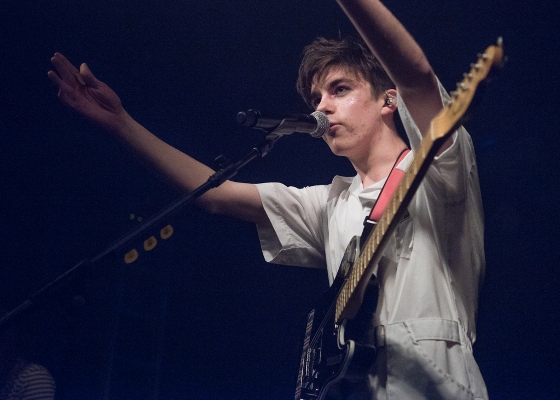 Dead on time, the lights dimmed and Declan McKenna ran onto the stage, followed by his backing band, declaring “London, I’ve missed you.” The rising star has garnered attention in the past for his stage outfits, and he was clad in an entirely white ensemble, which he somehow managed to pull off. 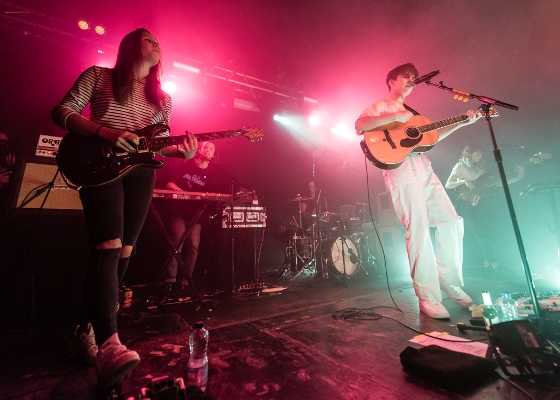 Pairing boyish charm with an image fans can really get behind, McKenna launched into one of his biggest hits to date, saying: “This one’s called ‘Isombard’ – I wanna see you dancing.” The crowd, varying in age, were more than happy to oblige. The set was a balance between old fan favourites and a selection of newer cuts, and it’s the latter that provided the essential moments of the evening. Forming a tangible connection with the crowd from the off, the lo-fi stylings of McKenna’s currently unreleased track ‘Make Me Your Queen’ was a high point in a set of highs. 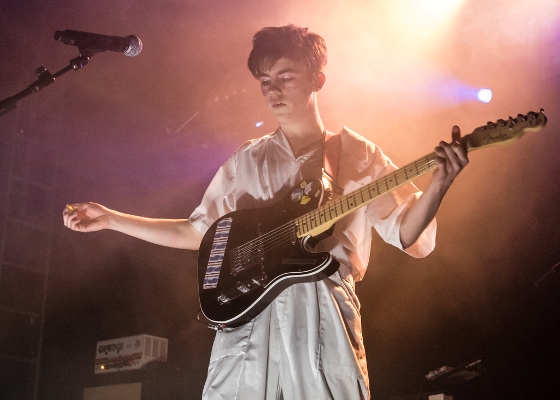 Moody B-side ‘Basic’ translated better live than on record, and was a ton of fun to witness. McKenna, as ever, presented a fistful of youthful energy, and chaos ensued from the crowd as the set progressed. New track ‘Listen To Your Friends’ hinted at the genius that is yet to come from his eagerly-awaited debut album. The pop prodigy’s latest release ‘The Kids Don’t Wanna Come Home’ saw the venue reduced to one great big heaving mess. 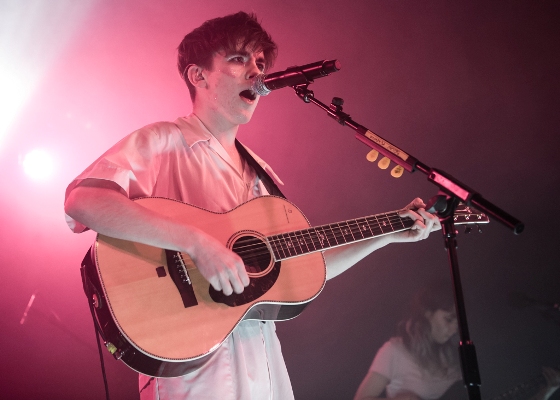 As the set neared its end, there were many occurrences of stage diving and crowd surfing from McKenna (much to his fan’s delight), and the musician never missed a beat. Choosing to end the night with his breakthrough track ‘Brazil’, McKenna’s biggest headline show to date at The Garage saw him and his band members shine brighter than ever. Although he is still remarkably young, he’s a force to be reckoned with and will definitely go on to effortlessly own venues three times the size. The night confirmed what everyone already knew; Declan McKenna is a rising star who is certainly going places. 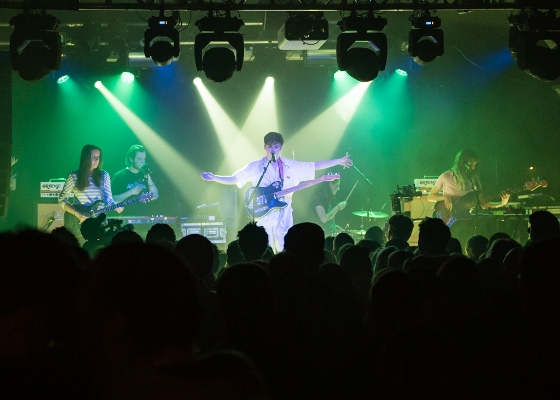