If you ever wondered what happened to those mid-90s indie-haircut-wearing, gig-going devotees, they were in all in Liverpool’s Echo Arena last week. It’s not your average December Wednesday up north; it’s 16 degrees Celsius and one of the UK’s most iconic front-men is about to take to the stage.

The bar is rammed and I’m handed a luminous pink odd-smelling vodka and lemonade, convinced it’s actually a £4.60 shot of mouthwash. It doesn’t matter, the lights are going down, we’re ready…

Backed by a full orchestra and wearing what can only be described as a disco-ball sparkly bomber (outdoing Mary Berry tenfold!), a fiercely exuberant Richard Ashcroft storms on to greet 1000’s of his loyal supporters. 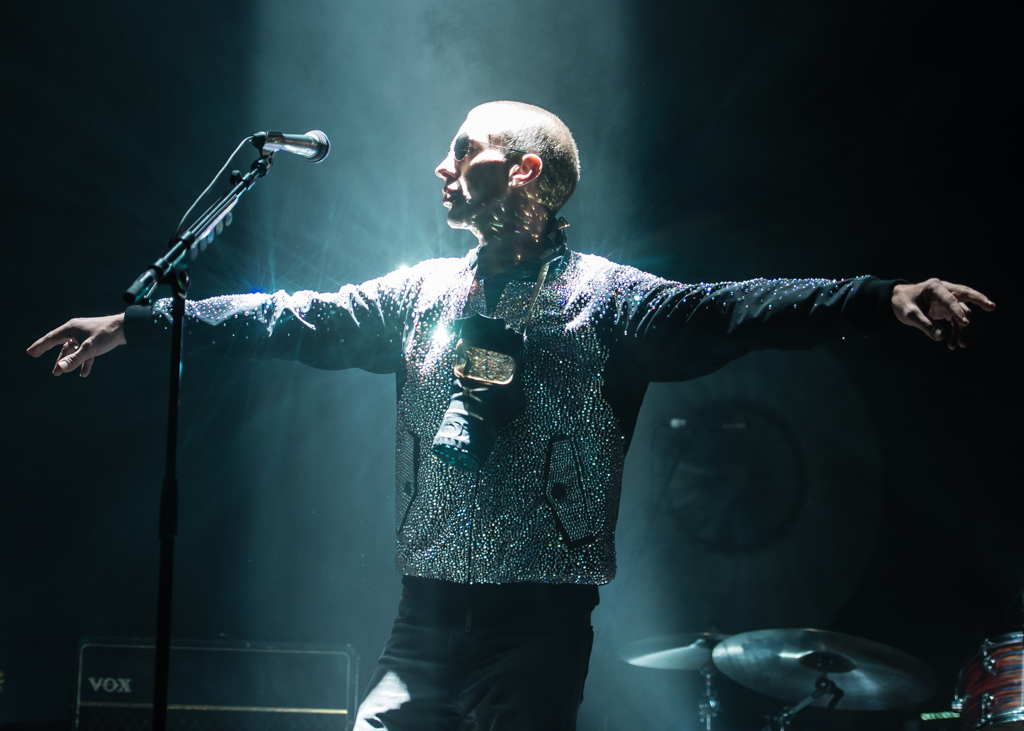 Commanding a room of this size as a solo artist takes talent, balls and it’s a big step up from the Roundhouse and Manchester gigs earlier this year. However, this man is up to the task and blasts effortlessly through opener ‘Out Of My Body’ before fan-favourite ‘Sonnet’ fills our boots and lifts our hearts.

Richard affectionately dedicates ‘This Is How It Feels’, arguably the best track on his 2016 offering ‘These People’ to the family who looked after him when his father died. We like. Next up is the epic ‘Space and Time’, the crowd sing in exultation (well it is nearly Christmas!)

An emotional ‘Song for Lovers’ follows, amply demonstrating the note-perfect Heritage Orchestra’s ability to lift a ‘good’ live song into an auditory thing of considerable beauty. Similar treatment brings ‘Science of Silence’ and ‘Check the Meaning’ past their previous live bests. Wil Malone, at the orchestra’s helm, has previously worked on collaborations with The Verve for Urban Hymns and A Northern Soul as well as Richard Ashcroft’s debut, Alone with Everybody. 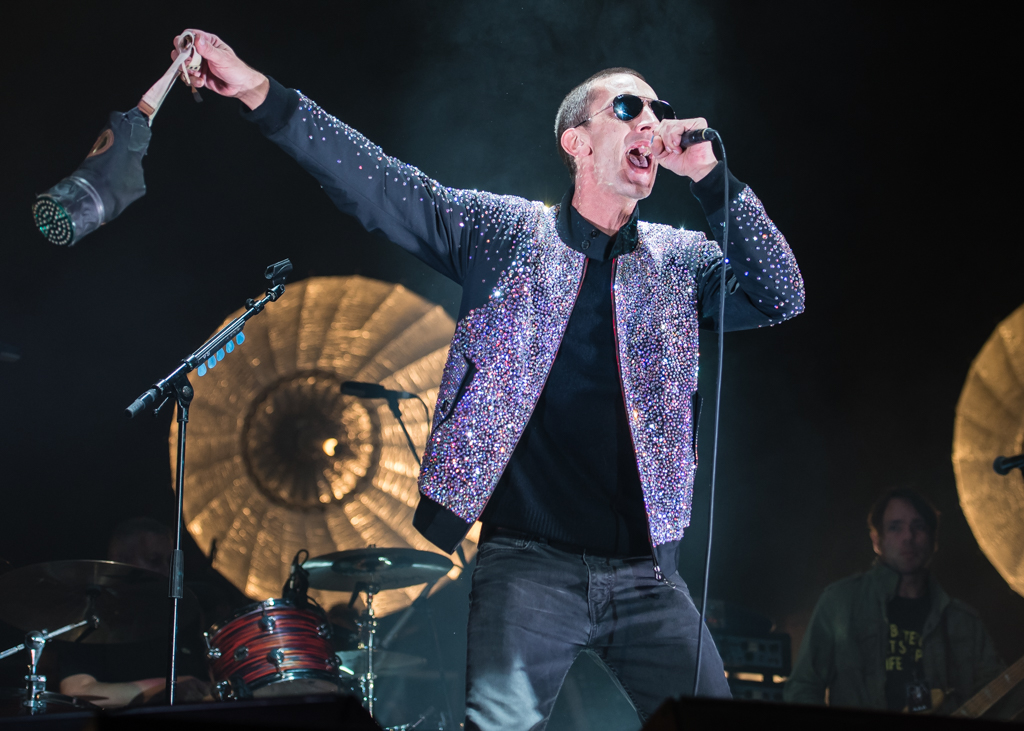 The ex-Verve front-man is calmer this evening, less frenzied, but still much-adored and if you look closely enough there’s an occasional glimpse of ‘Mad Richard’ with us tonight.

With a back-catalogue spanning more than 20 years, there’s plenty more meat on the bone this evening. ‘Lucky Man’ is received endearingly with rapturous ovation, a spine-shivering orchestra-only version of ‘History’ entertains us during the brief Richard-less break and ‘The Drugs Don’t Work’ begins the encore with spot-on vocals, going from melancholic to euphoric in minutes – no cats in bags likely to drown anytime soon! 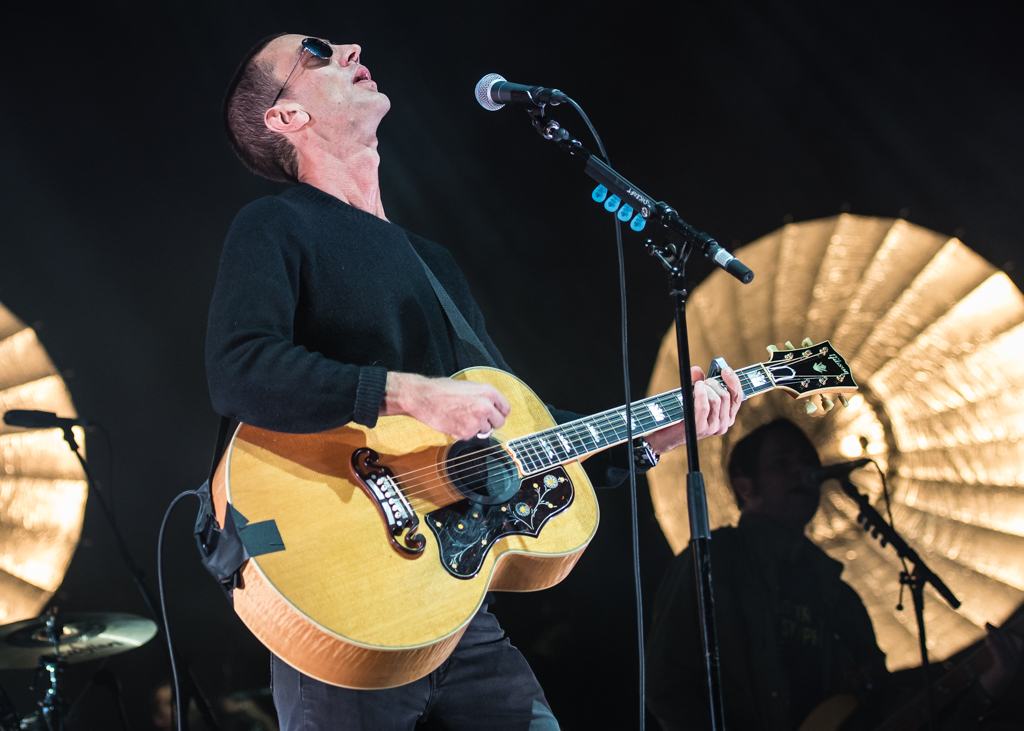 Is it tempting to compare classics from the legendary Urban Hymns to his recent solo material? It’s not. Are we looking forward to hearing more of this artist in his now-established solo capacity? If his live performances are anything to go by, then it’s a resounding yes!

Leaving the venue with a warm fuzzy glow, the haunting vocals of personal highlight ‘Velvet Morning’ stick. “Don’t you find that it’s lonely?” the vocal asks. After tonight’s reception, Mr Ashcroft will be re-penning those lyrics. We were all up there with him tonight.

INTERVIEW: Bill Hunt “I’m a bit of a B-side specialist”