A July evening and the sun is – intermittently – shining. I arrive at Hyde Park just in time to catch the majority of Patti Smith’s set.

As her wild hair blows in the wind, Smith’s gritty growl and fierce passion ooze from the stage into the early evening air, and I find myself rather overwhelmed to be in such legendary company.

And, from one legend to another; amongst her own catalogue of powerful offerings, Smith’s cover of ‘When Doves Cry’ is simply wonderful. An emotion-filled tribute that would certainly do Prince proud.

As Smith flits across the stage with her characteristic untamed energy and spellbinding charisma, she pauses to introduce ‘Beneath The Southern Cross’: “We often dedicate this to someone departed, but so many innocent people depart because of the lack of gun control and lack of brotherhood. This song is not about death, it’s about life.” A fervent and moving sentiment to accompany an already powerfully poignant song. And the pertinent introductions continue as Smith dedicates ‘Pissing In A River’ to Julian Assange, whose birthday it is on Sunday.

Being in the presence of such an incredible force of nature is a pretty formidable experience; as the power of lyrics and Smith’s emotion-driven delivery of songs such as ‘Land’ sweep through air and the repeated snarls of “Horses, horses, horses” resonate across the crowd, I feel my fists clenching and my eyes moistening. The sheer power of each word that blasts from the stage is truly stupendous.

Following a dedication to Freddie Smith, the father of Patti’s son Jackson (who plays in her band), we’re treated to an impassioned rendition of perhaps her most catchy and well-known creation, ‘Because The Night’. A welcome slice of uplifting, motivational energy.

And, finally, the sweeping grandeur of ‘Gloria’ hails the perfect end to the queen of folk-punk’s empowering, triumphant and intensely moving set. 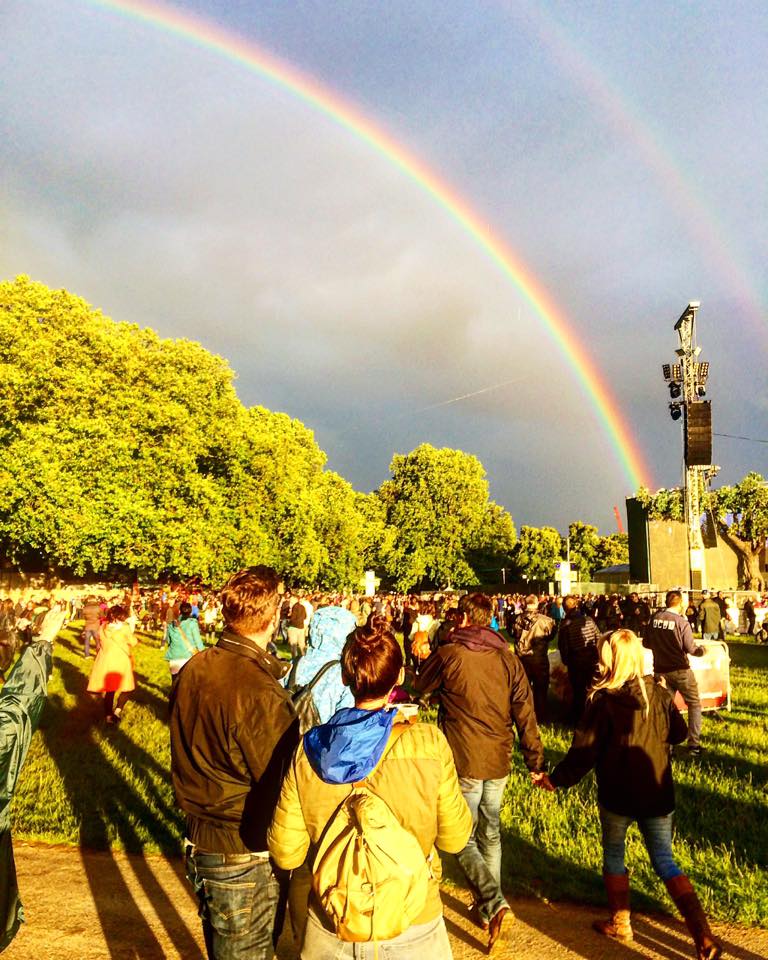 Following a heavy downpour and stunning double rainbow, trip-hop pioneers Massive Attack soon make their presence known. Accompanying the glitchy beats of ‘United Snakes’, visuals of European flags begin to flash across the big screen, along with names of political parties and Brexit-related headlines. A powerful and portentous entrance from the Bristol collective.

Accompanying the political outrage and affecting feelings driving the set are multiple guest appearances; from the likes of TV On The Radio’s Tunde Adebimpe and Young Fathers to (to the surprise and joy of long-term Massive Attack fans) Tricky, whose deep, beguiling drawl hasn’t accompanied the band for twenty years.

With Tricky in tow, we are treated to a particularly pertinent rendition of 1994’s ‘Eurochild’, which was “written at the birth of the European Union… We didn’t realise we’d be playing it as a requiem.” Throbbing dub beats race alongside the track’s now haunting, ominous sentiment, making for a truly compelling performance as Robert ‘3D’ Del Naja reminds us that “we must not let the bigots and racists back into the situation”.

Another welcome guest is long-time collaborator Horace Andy, who is wheeled onto stage – leg set in a cast – to deliver the stirring vocals of Mezzanine’s ‘Angel’. I’m instantly taken back to the days when my dance group choreographed and performed to this song at venues across the country. Adding some humour to the set’s intensity, Andy is wheeled back off stage as he tells us with his light, Jamaican lilt “Off I go, straight back to the hospital.”

Continuing with the eerie, pounding beats of ‘Inertia Creeps’, a fitting sense of impending doom is created as the sun sets on Hyde Park. And I’m as utterly engrossed in the hypnotic allure of this band as when I used to play Mezzanine on repeat, without fail, before each of my GCSE exams – such was the calming effect it had.

As the night goes on, it strikes me as quite a contrast to the mellow, ethereal beauty I remember from 2014’s Glastonbury set, but is equally spellbinding; an affecting poignancy and glaring added meaning accompanying each offering. 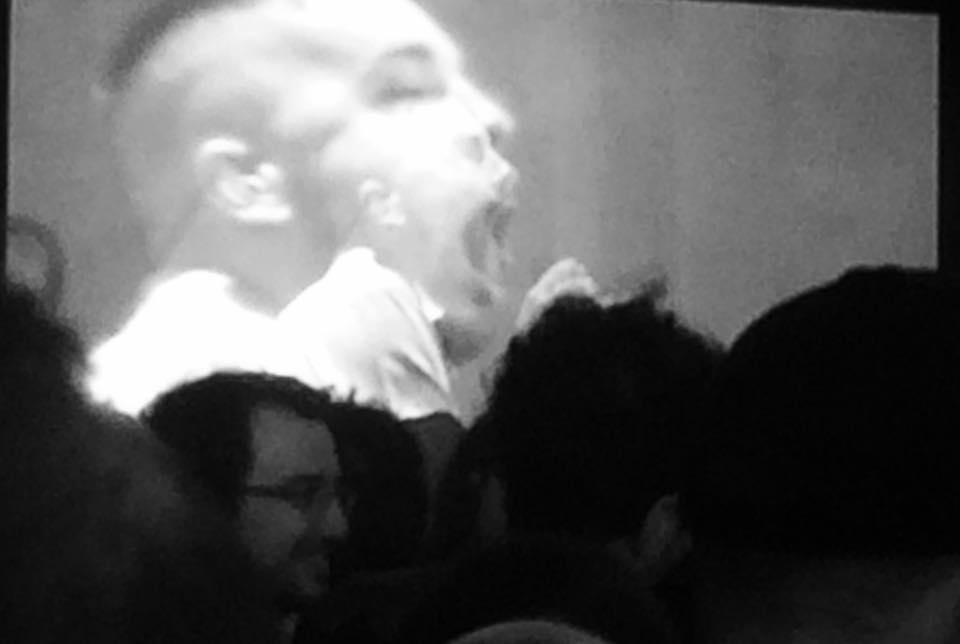 Following the twinkling melodies and impassioned, soulful vocals of the majestic ‘Safe From Harm’, striking messages such as ‘We Are All In This Together’ and ‘Keep The Doors Open For Everybody’ alongside heartrending images of refugees move across the screens, and Massive Attack draw the set to a close with the sweeping grandeur of an orchestra-accompanied ‘Unfinished Sympathy’.

A truly moving, and powerfully poignant, start to the British Summer Time Festival by Bristol’s pioneers of trip-hop. And, despite the gaping ‘Teardrop’-shaped hole, the emotion-strewn pertinence of the set is truly exceptional.

In between Patti and Massive Attack, Warpaint offered dreamy indie offerings – that aforementioned double rainbow appearing just after ‘Love Is To Die’, mesmerising both the band and the crowd. Fortunately, follow up ‘Intro’ is a number it’s OK to allow to fade into the background, as a thousand Instagram images are created and Richard of York’s battle in vain crops up in conversation more than once. While the girls have the strut of Debbie Harry once they take the mic, as a band their sound is the thing genre-name creators would die for: rocky art walked over by gazey shoes. ‘Disco//Very’ isn’t very disco, but it’s enough to have the crowd moving, closing the short set in style as they no doubt hide themselves away to work on album #3, and another dreamgaze delight.

This Feeling Track of the Day : The Wired ‘Long Lost Days’

Ones to Watch: AFFAIRS