Reading Festival 2019 featured a widespread and extensive lineup, catering to the musical tastes of pretty much everyone that attended the weekend. In the blazing sun, music lovers got together to end the festival season on a high, and here are some of our stand-out moments from the weekend: 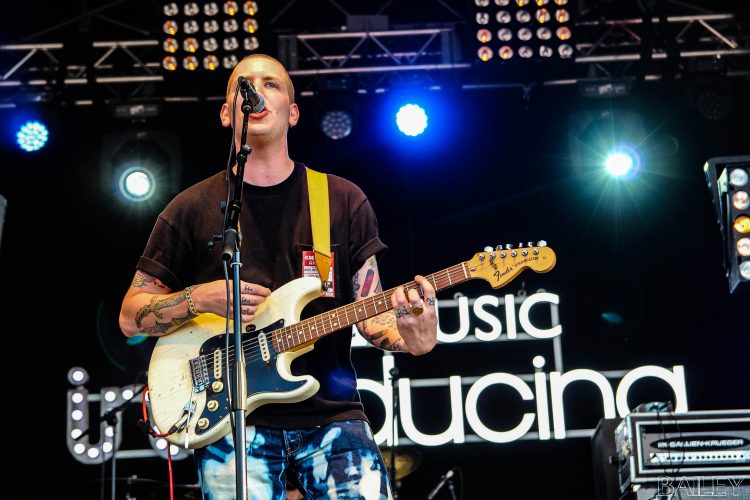 Throughout the day, in-between bands, an advert was being played for BBC Introducing, showing artists such as Jake Bugg, George Ezra, Florence and the Machine, and The 1975, taking to the stage at various festivals, before going onto to show them where they are now. The sentimental, but also an inspiring advert for aspirational musicians, lead attendees over to the BBC Introducing stage where bands such as Blackwaters, Kid Kapichi, Spinn and Feet, could be seen playing, the next big things in music and already very successful bands in their own right.

In particularly, Blackwaters and Kid Kapichi each bought mosh-pits galore to the scene, with kids risking sunstroke as they threw themselves around in the crowd, chanting along to each of their songs. 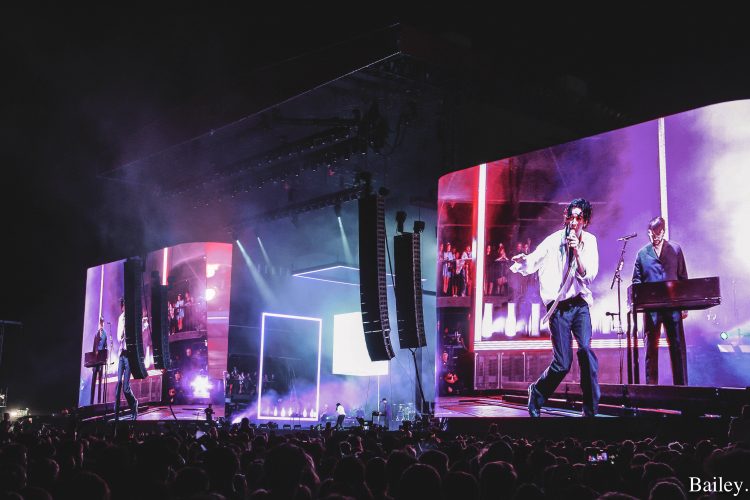 Love them, or hate them, there’s no denying that The 1975 took their opportunity to headline Reading seriously, playing on a huge and extensive set, featuring songs from each of their albums, and also the infamous moving catwalk for Matty Healy to glide and dance around on. Opening with their new song People, the band stormed onto the stage, as Matty screeched ‘WAKE UP, WAKE UP, WAKE UP!’ into his microphone. Fans in the crowd donned reused t-shirts with the lyrics screen printed on, that they had made at a stand earlier in the day, in a clever move to promote sustainable merchandise in music as well as the band themselves.

Something that couldn’t help but be noticed was how the Matty Healy has treated it more like his night rather than the bands night. As the only member to at any point talk to the crowd, it seemed more like he was treating the experience as a solo act, telling the audience, ‘This is my night,’ ‘I’ve just headlined Reading’.

However, the band as a whole played amazingly, and during the encore, they paused to play Greta Thunberg’s famous speech on climate change. There are definitely people out there who accuse The 1975 of only caring to seem relevant, but using their moment of playing at a sold-out festival to inform the audience on the realities of climate change, as well as the people watching it at home, can only do more good then bad, and will raise even more awareness for the cause.

The 1975 on their Saturday headline ended their set with the screens saying, ‘ROCK AND ROLL IS DEAD, GOD BLESS.’

And on the Sunday, the Foo Fighters came along to headline and completely proved this statement wrong. It is more likely that Dave Grohl had no idea that The 1975 ended their set telling the crowd rock and roll is dead, as he yelled at the crowd, ‘Do you really think rock and roll is dead?!’ but the irony was almost humorous as you made the connection between the two sets.

Foo Fighters have had a long career, and played a very long set to prove it, stretching to almost three hours, they started early and finished late with the crowd remaining consistent and high energy throughout, loving every moment of it, revealing in seeing this band in all their glory. Some highlights of Foo Fighters set was the drum skin featuring Oasis, (apparently they petitioned to get the band back together), Taylor Hawkins doing a Freddie Mercury at Live Aid impression, singing Dave Grohl in place of ay oh, Dave and Taylor swapping instruments and of course Rick Astley coming out to perform Never Gonna Give You Up with the band. Ending on a display of fireworks, Foo Fighters were the perfect end up Reading Festival, ending the weekend on a high. 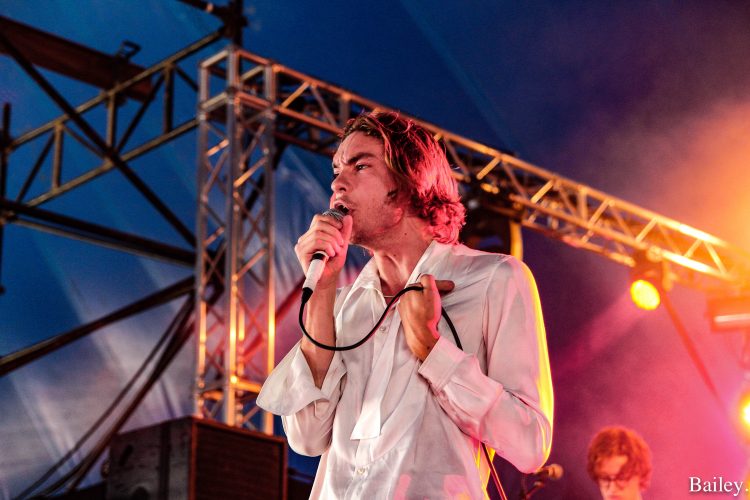 Sports Team are a charismatic and almost theatrical style band, who throughout the summer have played festival after festival, gaining so many fans along the way, as this was something that could be prominently seen during their set at Reading Festival, as people crammed into their tent to dance along to the band. Lead singer Alex Rice, leapt around the stage, elegantly moving and even prancing at some points to the music, encouraging the crowd to do so too, (not that they needed it, as mosh pits could be seen from the very first song).

Jumping into the crowd to finish the set, Alex could be seen being lifted up, and gracefully carried back to the stage, hands behind his head, and a smile on his face, knowing that the band had done well.

At just 17 years old, Billie Eilish was probably one of the most hyped-up acts of the weekend and potentially had one of the biggest crowds, even though her set was only at 4:20pm in the afternoon. Dressed out in true Billie style, covered up in a stylish, matching, green and black two-piece, she quickly clocked how truly hot it was that day, almost charmingly pouring water over herself in between songs to try and stay cool, whilst still giving each song her best performance, (at this point, has anyone ever seen Billie Eilish not do well?).

The crowd chanted ‘Billie’ over and over again, as she laughed, telling them to shut up, almost seeming embarrassed at how much attention and appreciation she was getting, but of course, it was 100% deserved. Playing for just over an hour, fans got to hear every hit song, and danced, moshed and sang along to their favourite artist, screaming with love as she left the stage, just after ending on Bury A Friend.