1989 THE NUMBER, ANOTHER SUMMER, GET DOWN, SOUND OF THE FUNKY DRUMMER, MUSIC HITTING  YOUR HEART, COS I KNOW YOU GOT SOUL, BROTHERS & SISTERS! (Chuck D, 1989)

As we sit here in the middle of one of the hottest summers in years, in 2013 things are alright. There is a wave of new bands emerging and the future of music looks good. There seems to be lack of excitement around it all however, especially when you compare it to years gone by, and one in particular, 1989. For me this is undoubtedly the greatest year ever for music releases.

In terms of album releases, for those who may not have had their finger on the pulse, new additions to record collections would have consisted of the new Madonna, Phil “fucking” Collins or Simple Minds long players. Or maybe you may have got something by the biggest selling artist of the year. I’ll give you a clue who that was; a father & son duo from Rotherham with a Glen Miller loving giant rabbit as the front man. That’s right, Jive Bunny. For those who veered slightly away from the mainstream they had their pick of amazing new releases to choose from. 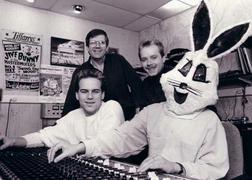 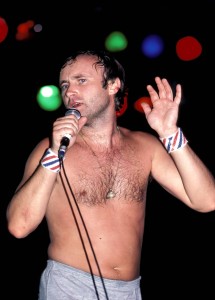 1989 was a year to cast out the old and bring in the new in Britain. New music, a new drug and new fashion was taking over. Maggie was celebrating 10 years in power after piping down the Trade Unions and her capitalist ethos was repeating rewards for those in a position to do so with London swinging again with yuppie wankers. However, as the rich were getting richer there was not a great deal of prosperity away from that.

In 1989, a generation of Thatcher’s children turned their backs on the rat race found an expression during the hottest summer for 300 years and in the process transforming 1989 into one massive hedonistic party. The youth of Britain were about get off their nut at 120 beats per minute whilst middle England shat itself.

The main story of 1989 on our shores was that of the booming acid house sub culture. At the epicentre of all things aceeed was the legendary Hacienda in Manchester. The tunes being spun at club nights such as Hot and Nude were shaping society. One of the greatest singles to be released from this period was in the sprawling melodic techno classic, ‘Pacific State’, delivered by Graham Massey & co’s 808 State. 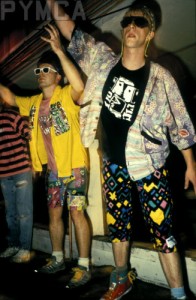 Outside the Hac and Manchester there was a plethora of other amazing house and dance records coming out. One of the best is that of Inner City’s ‘Big Fun’. The original 12”, played at maximum volume, with the sun shining and a cold beer is hard to beat.

Borne from the acid house movement came the ‘Madchester’ scene. Although terribly named it produced some unbelievable records. One of those is, in the opinion of this writer, is THE greatest album ever written. The Stone Roses, by The Stone Roses.

That’s not much to say about this album that hasn’t been written a million times before so I won’t go on about the merits of it. Basically there isn’t a weak spot at all. The fact The Roses reformed in 2010 without any publicity whatsoever and sold out 225,000 tickets in 14 minutes for their reunions shows on the back of those 11 songs says it all. To be honest, 1989 could the greatest year for music, purely because of this album alone. 1989 also saw their legendary Blackpool Empress Ballroom gig whilst they also appeared on Top of the Pops alongside The Happy Mondays.

Alongside the house tunes being played in the Hacienda it would not be unfamiliar to hear a selection of funk and hip hop tunes of the day being dropped in alongside them. The grooves audible in acid house and golden age hip hop, are like incestual brothers and sisters. One of the finest albums of hip hop history was released in 1989. Ladies and gentlemen I give you De La Soul’s masterpiece ‘3 feet high and rising’. This was a hip hop album like no one had ever heard before and going against the grain, it was a positive up beat record. Making an anti-gangster rap album was a brave move, but one that came off to enormous success and  sampling artists as diverse as Johnny Cash, Hall & Oats, Steely Dan and The Turtles gave birth to the amazing singles ‘Eye Know’, ‘Me Myself & I’ and ‘The Magic Number’.

Elsewhere in hip hop, with ‘the golden age’ in full swing and there were plenty of other releases brimming with awesomeness. NWA’s ‘Express Yourself’ came out in February whilst Tone Loc released the mercurial ‘Funky Cold Medina’ and Public Enemy released one of the greatest singles of all time with the uniting ‘Fight The Power’. Elsewhere The Beastie Boys were experimenting with a new sound and they gave us a cracker in ‘Paul’s Boutique’ whilst ’89 also saw top releases from Biz Markie, Big Daddy Kane and Ice T. 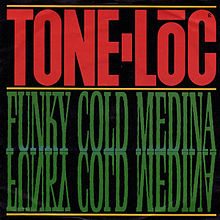 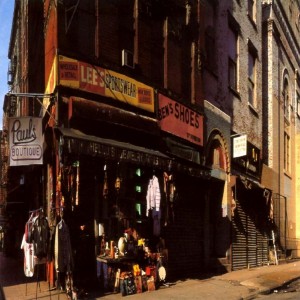 The 1989 summer of love was preceded by the spring of groove. Or something like that. In April of that year, Soul II Soul released their aptly named debut ‘Club Classics Vol. 1’. The album is packed with amazing soulful grooves the kind of which ‘they’ just don’t make anymore. I feel I should mention the acapella version of ‘Back to Life’, which appears as the last song on the album. I discovered the acapella version at the end of a long session at about 7 in the morning as the sun was coming up. As the vinyl was about to run out and I was about to go to bed, in comes Caron Wheeler to dish out a spine tingling vocal before the beat enters towards the end and in turn adds another 2 hours to the session.

In typical New Order style, they had taken their time getting new material out but 1989 saw their return. Technique was their first new material since Brotherhood 3 years earlier and it was certainly worth the wait. If I was to weigh up the merits of individual New Order albums I’d be here until 2089 so I’ll not bother and give you the quick conclusion that Technique is their standout record. Recorded in Ibiza during the height of all things ‘E’ it is understandably their most ‘house’ album. There is not one bad track on this album and it should be in everyone’s record collection. 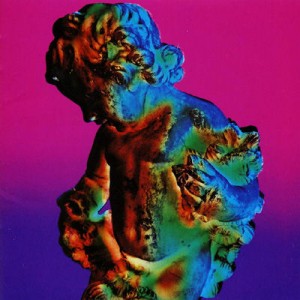 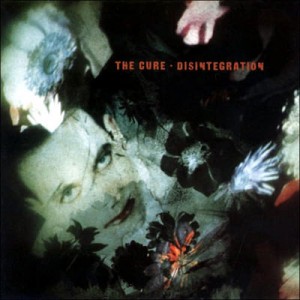 On the more rock side of things, The Pixies released the fine ‘Doolittle’ in 1989 which spawning classics such as ‘Gouge Away’, ‘Debaser’, ‘Here Comes Your Man’ and ‘Monkey Gone To Heaven’. The album has more than stood the test of time, still sounding amazing today. There was also an album which slipped under the radar for a lot, a title called ‘Bleach’ by some young scruffs called Nirvana and for those not off their tits on pills The Cure released something of a coming of age masterpiece with ‘Disintegration’.

So there you have it. Check out our 1989 playlist, have a look at the releases and if you can find a year that was better than this let us know. In the meantime, get some 24 inch flares, a fucking expensive E and ride on like its 1989.