Having toured all over the world with his live drum n bass show, Netsky has gained a huge following of loyal and passionate fans and with his UK tour under way and a new album in the pipeline, Matt Tarr spoke with the man himself to get know him a little bit better…

MT: I’ve read in previous interviews that you started off making electro and house when you first began making music, so how did you get into drum n bass?

Netsky: I grew up around a lot of seventies soul music; my dad loves his soul music and I’ve always loved it myself as that was the first music I got interested in. I think the first time I heard drum n bass must have been when I was like 15 or 16 and I just remember a DJ dropping this remix of a hip hop tune, Kanye West’s ‘Gold Digger’. I really liked the original and the drum n bass remix just added so much more energy to it than the original had. It was still hip hop but it was on a much faster tempo and I think that tune just made me fall in love with the genre straight away. I just loved the energy and the musicality and that’s what I always wanna put together, energy and soul. 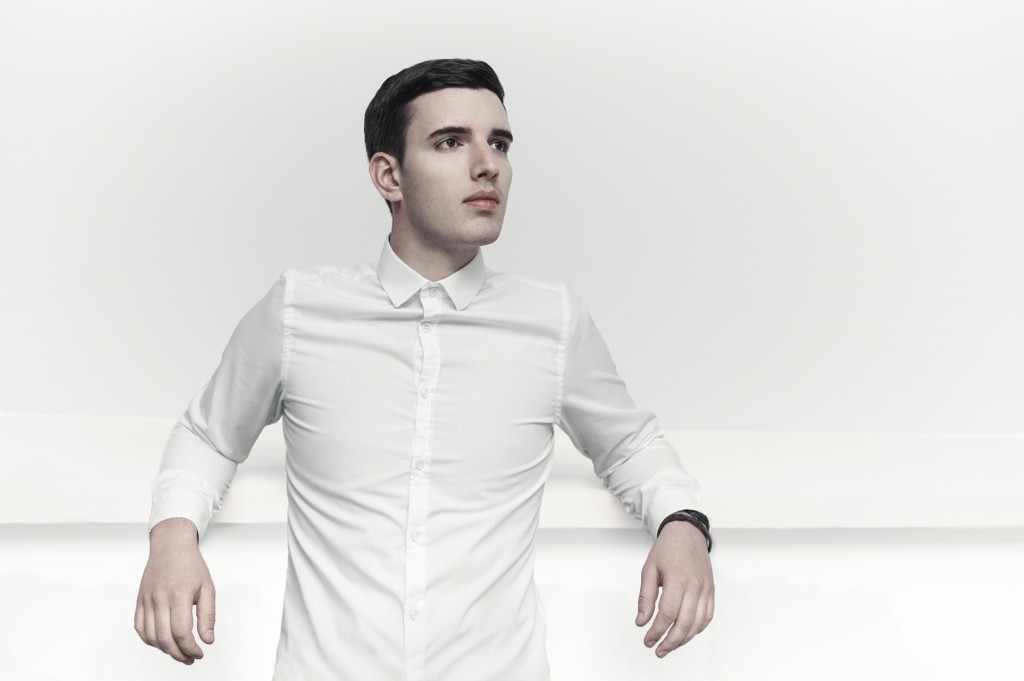 MT: After you had found your love of drum n bass, were there any specific artists that you really got into and listened to who inspired you?

Netsky: Yeah! I think Roni Size was one of the first guys I started listening to when I was younger. Also the Hospital Records guys like High Contrast, London Elektricity and Logistics, those guys that wanted to try and push the more melodic side of drum n bass, that was my favourite side. They really got me into producing drum n bass and then shortly afterwards I got signed to the same label, so that was amazing! I felt really at home at that label.

MT: Am I right in thinking that you’re not with Hospital Records anymore and you’ve changed labels?

Netsky: Yeah, we moved to Epic this year. Epic is part of Sony and it has been a really nice transition. I still see the Hospital guys, we’re still really good friends and we tried to look for a new home together. But everyone is still involved as Hospital are doing the vinyl pressings of the next album, so it’s great to still have contact with them. But I wanted to take it to another label and I wanted to get to a more mainstream crowd with a label. I also wanted to experiment with other musical styles as well, not only drum n bass, so I felt it was a good move to go to a major label. Epic seemed really interested and they’ve been brilliant so far.

MT: We’ve seen a few releases from you over the last couple of years, but what do you think it is about your sound that makes you different to other drum n bass producers?

Netsky: When I’m in the studio for a couple of weeks I produce so many different weird genres and I hope there’s something in it where people can tell it’s a Netsky tune. I think one of the things I like about me as a producer is that I don’t wanna be held back by anything and I just wanna experiment with other genres and I’ve always respected that in other producers. I think that’s the only way forward; to be open minded about stuff. I’m trying to focus on that for the next album, trying to be as open minded as possible.

MT: The most recent track we’ve seen from you was ‘Running Low’ which featured the vocals of The Gossip’s Beth Ditto. How did Beth get involved with the track?

Netsky: She’s really good friends with a friend of mine, Zane Lowe and they were at a recording session in London. He showed Beth the demo for the track and she really liked it, so I just went over to LA and we recorded everything. It was a really nice way of working because Zane wrote part of the lyrics as well and then Beth and I finished it in LA. She’s one of the nicest people to have in the studio as well, she’s the most funny, charismatic girl I’ve met; she’s so cool.

MT: Is ‘Running Low’ an example of the sorts of sounds we can expect to hear on your upcoming project?

Netsky: Not really. There are so many different styles on the album. I think there’s only one hard drum n bass track, well it’s not hard it’s popy and hard at the same time with an almost metal kind of feel to it, but it’s not metal at all, so I don’t know how to describe it! But the rest of the album is sounding so different anyway, it’s not anything like ‘Running Low’ and I’m excited about that because every tune has its own character and they won’t sound the same as any other tunes, which is cool.

MT: Alongside the upcoming project, you also have your tour taking place. Your performances are always with a live band so is playing live something you’re passionate about and really enjoy doing?

Netsky: I try to think that our band is different to other live drum n bass acts. I’ve got a really good keyboard player who has got a very classical and jazz background and he brings a lot of influences to the show, whereas with other bands sometimes the producer or the front man or whatever will just tell the musicians to play exactly as the record is whereas the musicians on our band have much more freedom. At some points it’s almost a jam, where we just go mental on stage and that’s why I’m so passionate about it. We don’t just follow the same rules every day, we don’t play the same set every day, but we can just have fun on stage. I guess I was missing a bit of that in DJ sets so I’m really excited about it. 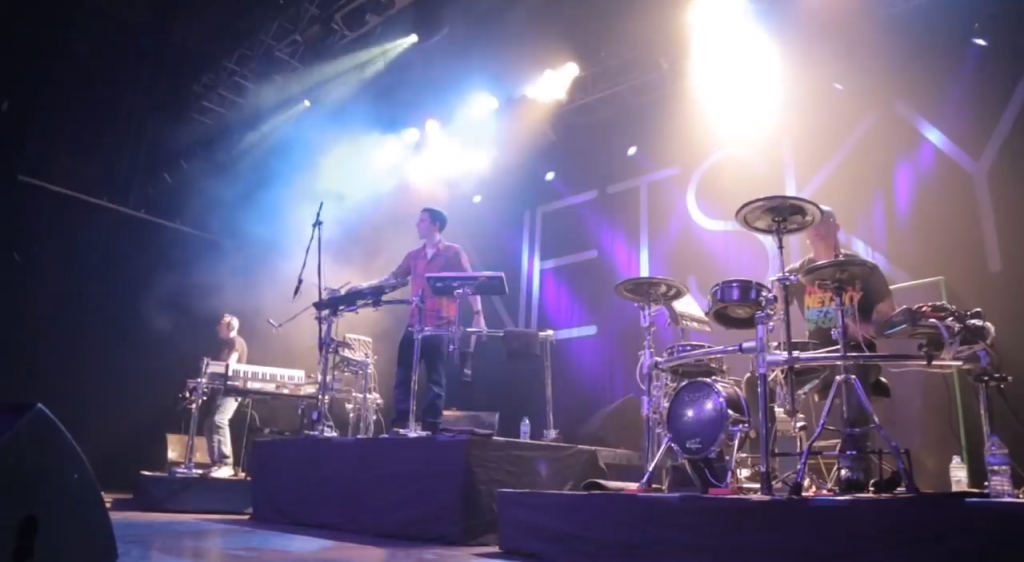 MT: One of the support acts that you have on your upcoming live shows is grime MC, Meridian Dan. Is Dan someone that you specifically sought out to join you on your tour?

Netsky: I just wanted to get an act that wasn’t drum n bass. It would have been so easy to have all my friends come with us on tour and play drum n bass all night long, but I wanna step away from that and I wanna interest people and at some points shock people a little bit. I think the Meridian Dan announcement was a bit of a shock to some older fans, which I was expecting, but I think it’s great to mix it up as it’s gonna make the previous set and the next set sound so different from each other. I’m just really bored of having a drum n bass artist and then having a similar artist and then another artist with a slightly different sound for three hours in a row, it makes it a bit boring for me. So that’s the idea of having someone like Meridian Dan on tour.

MT: For grime artists to get the chance to gain additional exposure by touring with someone of your musical stature is an amazing opportunity and I’m sure that Meridian Dan will make the most of it as he’s a really talented guy.

Netsky: Well he’s obviously blowing up in his scene in the UK, which is great to see. I’m hoping for this to be a favour for him but I’m also hoping to get a new kind of crowd for us where he brings some grime fans into a new world for them. I think it’s important to try and share genres with each other and introduce people from other backgrounds into new stuff.

MT: I’ve seen you live myself a few years back at V Festival and thought your live show was amazing! Is there anything we can expect to see on this tour that’s different from your previous live shows?

Netsky: Yeah sure. We’re working really hard to keep the set updated and we’ll be playing five or six new songs from the album that we’ve never played live before, as a preview kind of thing. I just wanna see how the crowd reacts, what can of atmosphere it creates and I just didn’t wanna wait until the album’s out so we’re just gonna start playing it now and see how it goes! On a production side the live band has evolved quite a bit as well and we’ll have some more guest vocalists with us, so it’ll be even more of a band experience than it was before.

MT: Aside from your own music, we’ve also seen you provide remixes for the likes of Pendulum, Swedish House Mafia and Plan B. Have you got any more remixes in the pipeline for any other artists?

Netsky: I just did a remix for Ed Sheeran, but I’ve mostly been in the studio with a lot of producers lately, mostly in America. I suppose as to like three years ago with the Swedish House Mafia and Pendulum remixes, I don’t really wanna do remixes on singles anymore where the label just asks us to do one and emails the parts over to us so we don’t even meet the original artists. I much prefer to be in the studio with someone where it’s a bit more natural where if I like something a lot and the producer likes me then I’d love to do a remix. Like the Skrillex and Diplo ‘Jack U’ project, I really like their sound.

MT: With you being known as a drum n bass producer primarily, are there any artists/bands that you’re really into that people may not necessarily expect of you?

Netsky: I think something people don’t expect me to listen to is classical music and I love it. I think it’s the only music for producers where it’s purely about the melody and the chords and there’s no production whatsoever. I listen a lot to Schubert and I think he’s my favourite and I love the Disney orchestra as they’ve done some really amazing classical soundtracks and that’s nice to listen to. So I guess that’s the most shocking to my fans; it’s quite far away from drum n bass I guess!