Barn On The Farm isn’t a festival, it’s a family. It’s that same feeling you get when you arrive home after a long trip, to find everything you’ve ever loved all in one place. You probably wouldn’t believe me when I say that this beloved sanctuary I’m comparing to home is a farm in the middle of Gloucester, but I can assure you that anyone who has experienced Barn On the Farm would undoubtedly agree. Mud, straw, and a whole lot of animals later, you’ll leave with a smile and boundless fond memories.

After pitching our tents and being reunited with our long lost siblings, we hurried over to the Over Barn to catch the talent performing on the Friday evening. I was an intimate Friday newcomer, and quite frankly unsure how the whole thing worked. Word spread around the farm that Ady Suleiman had pulled out last minute and a certain Barn favourite, Hudson Taylor, had stepped up to fill his place. We nestled into the wooden barn and took a seat for Mike Dignam who managed to silence the barn with his mellifluous indie ballads. By 9pm the excitement slowly started to build for the two Hudson Taylor brothers as the tiny barn became crowded and the cacophony of anticipating punters grew. I wish I could accurately describe Harry and Alfie’s set, however I was overwhelmed by such a state of ecstasy, entranced in a moment shared by only a few hundred, that no comprehensible language can quite translate it. 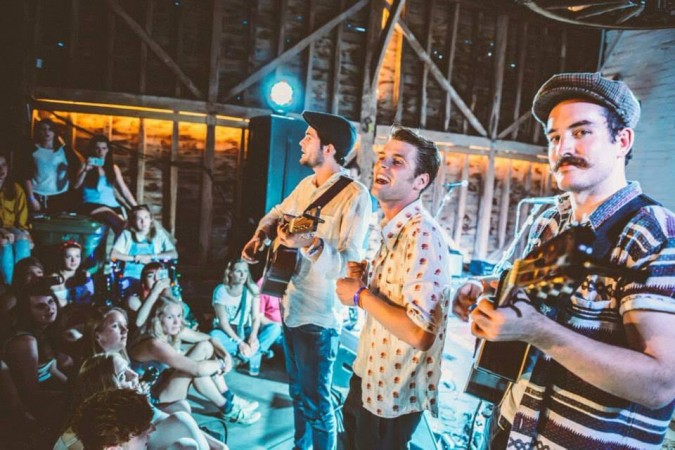 We sang in unison with the two acoustic brothers as they invited Gabrielle Aplin, Joe Keogh and Hannah Grace up for a collaboration. The hype from Hudson Taylor was at an all time high that many fled from the barn to start the night with a few merry beverages (guilty). This wasn’t a reflection on Gabby’s set, but more an inconvenience of placement combined with a set which contained a few too many new songs.

Returning to our nylon homes for the evening, the heavens opened and lightning cascaded through the skies, leaving a theatrical ending to an electric first day at Barn.

Saturday was a glorious day, sun shining, booze flowing and cheer all around. It’s on mornings like these that you can achieve anything you’ve ever wanted in life with just a camping stove and a trip to the local farm shop. Pancakes, bacon and maple syrup later (it was 4th of July, ok) we set off to see The Academic, Ruen Brothers and Jake Isaac. We swooned for a good 20 minutes over Jake Isaac’s set (and his face) before heading over to catch the last few songs of Freddie Dickson’s phenomenal set. The golden evening was sound-tracked by Amber Run and perfectly polished off by three angelic sisters from Watford. 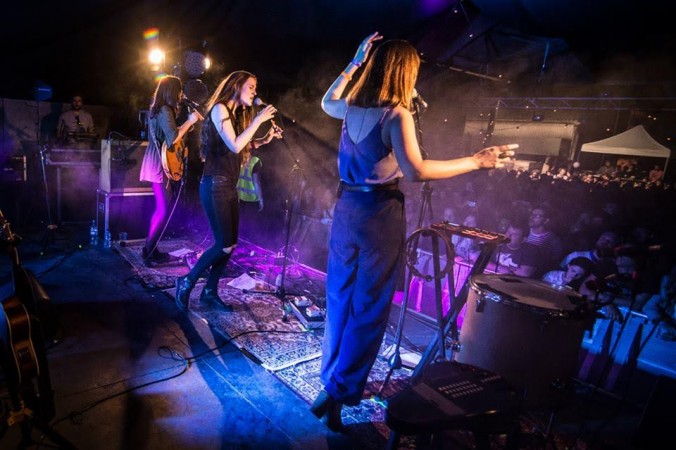 Sunday was by far the standout day at the festival with performances from Kimberly Anne, Sunset Sons, Little Comets, Jack Garratt and James Bay. We cornered Sunset Sons and Jack Garratt in a cornfield briefly before their sets to catch up and ask them a few silly questions- check back to see the full interviews soon.

Barn On The Farm is a place where artists and people roam alike, whether it’s with the notorious Gold Shoes, Banana Man or your favourite band, the feel of companionship and camaraderie is something which makes this festival like no other. Hats must go off to Josh Sanger and the incredible team behind a festival which is impossible to replicate.

And now the year long wait begins- I never thought I could miss an ostrich this much. 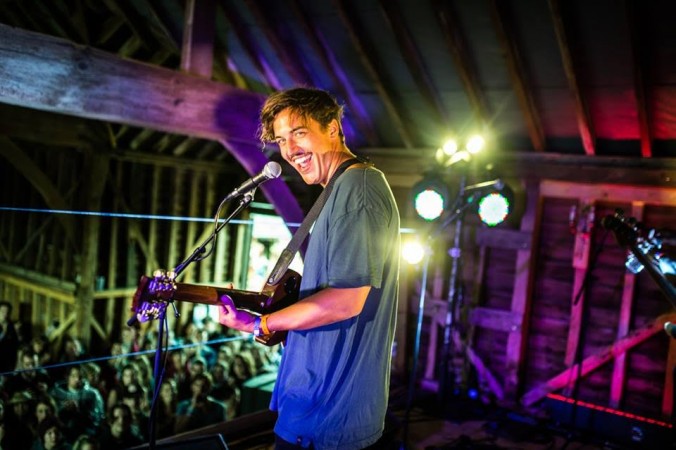 ALL TALK: NME at the Gates…