In the immediate aftermath of Morrissey’s probable ‘final’ homecoming, it’s interesting to ponder just how much ‘home’ means to a man whose words and works colour the minds landscape of said propagated home for so many people. Morrissey’s relationship with Manchester is a strange one to unpack, particularly in it’s most modern incarnation. When he first burst from the back bedroom and onto the scene his writing was often directly informed by the city (‘Suffer Little Children’, ‘Rusholme Ruffians’, ‘Miserable Lie’) and he was grounded by it; or chained to it.

He wanted more than the city, and the city wanted more of him. Whereas The Smiths feel like a Manchester band, Morrissey feels like an artist of the world (if a tad colonial at times). And the dichotomy between what once was and what now is felt somewhat ironically evident in the patter that came before his pronouncement of himself as the “new Lord Mayor of Manchester”, when Morrissey seemed to conflate the news of Andy Burnham being elected as Labour candidate for Lord Mayor as him being elected as Lord Mayor. “Nobody asked for my opinion,” he chided. “Did they ask for yours?”. It’s this type of disconnect that feels a tad unbecoming when on display at a ‘homecoming’ show. But, it was never actually billed as a homecoming show, was it? 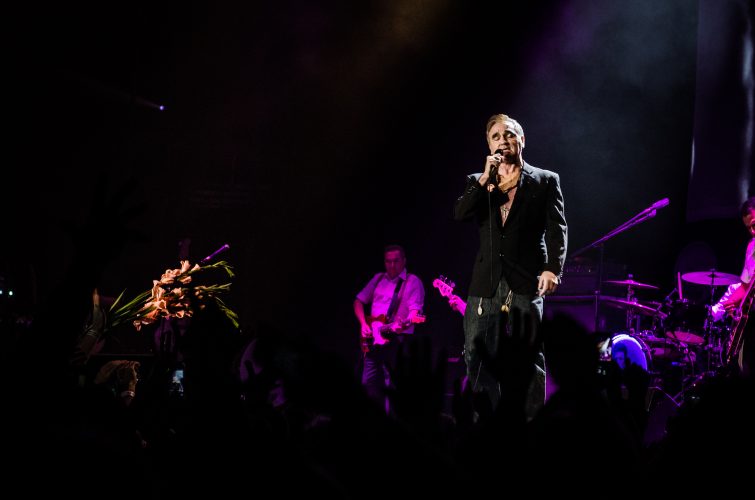 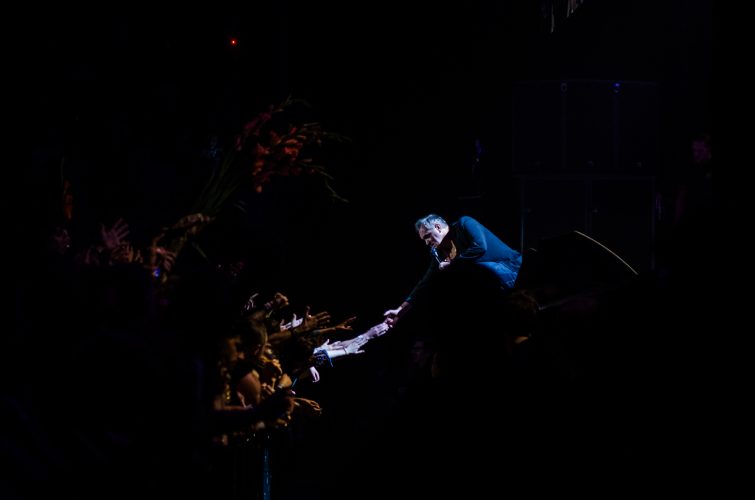 I wouldn’t dare try telling that to any of the crowd that filled the arena. For them this was a quintessential Manchester pageant. Even if it wasn’t designed to be, they were going to will it into a fitting homecoming Morrissey celebration. THE PRODIGAL SON IS BACK. TO REIGN SUPREME. LORD MAYOR MORRISSEY OF MANCHESTER.

The man himself was in fine fettle. Jauntily dry as ever, struggling to hide that blunt charismatic verve you rather imagine he wishes were not embedded within. His voice embattled and brutish in force, ready for the fight. A fight he’d be happy to studiously pick, instigate and readily claim personal victory in. 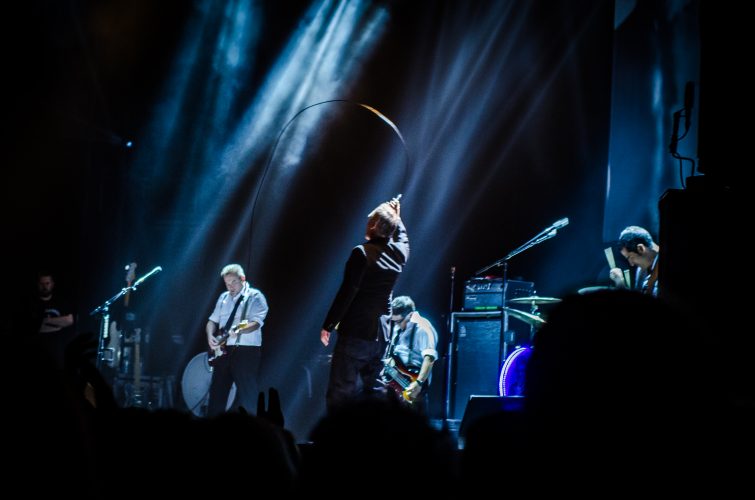 The ones he goes swinging into tonight form the weighted crux of the show. The reintroduction of B-side cut ‘Ganglord’ into his setlist over the last two years is a clear reaction to the ever increasing number of police brutality stories we hear about by the week. But it’s the visuals of these heinous displays of abuse on unarmed black American teens, wheelchair bound women and restrained and injured animals, that play out in the background that carve out a platform on which the lyrical content is raised and ramped up exponentially.

Similarly with career mainstay ‘Meat Is Murder’, hot on the heels of a quick scare of back to back World Peace Is None Of Your Business tracks, which actually manages to brush aside it’s reputation as a charged tagline to be an incredible industrial charged powerhouse of a song. The only thing missing was an imminent ‘Jack The Ripper’ to complete a perfect 1-2 for a quick resurgent mid show turnaround. It eventually came later in the setlist, but it still feels like a missed opportunity, as that pairing would’ve been something to behold. 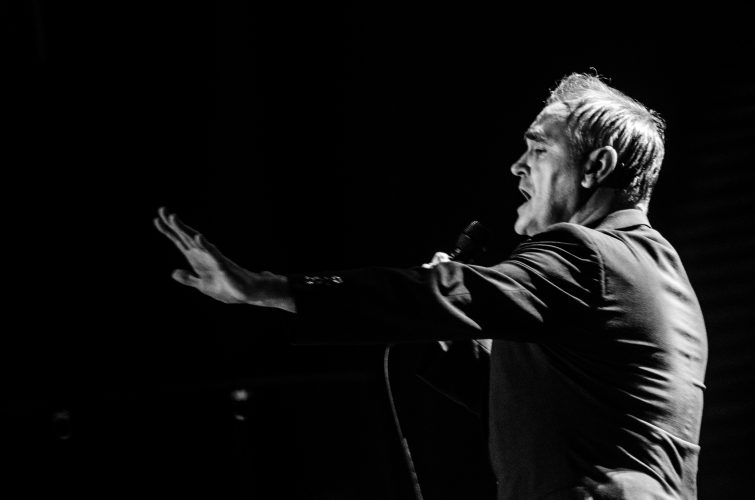 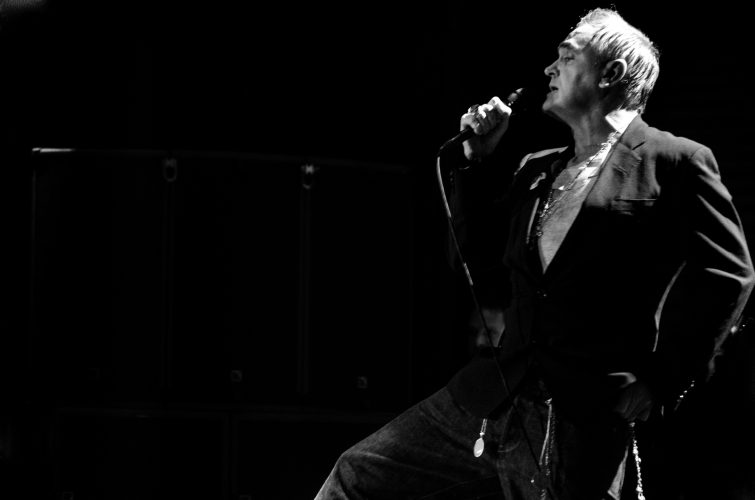 There is purpose to the song choices however, ‘The Bullfighter Dies’ leans on “the shame in Spain”, and ‘All You Need Is Me’ is the delightful ego trip it will always be, with the final refrain of “You’re gonna miss me when I’m gone” tugging at the heart strings with a little more strength than before.

After ripping through ‘What She Said’, a palpable emotional dew descends as it becomes evident the show is beginning to wind down. Talk of the “year of the reaper” from the stage sets up what seems like a genuine heartfelt moment as Morrissey laments those we’ve lost this year. It’s incredible to think that a man like Morrissey has spoken for, to and in unison with an extraordinary amount of people across the world for over 30 years, considering he himself isn’t much of an emotional exhibitionist. And yet it feels as though we are about to get that here tonight:

“We would like to remember Victoria Wood, we would like to remember Caroline Aherne,” The crowd cheers for both of recently lost local heroes, and two people Morrissey has shared kind words for and with in the past (and a cup of tea in Wood’s case). It doesn’t feel like pandering to a local crowd, it feels genuine and personal. “Mohammed Ali.” Ok, he’s acknowledging the big guns too. “Prince.” Oh, I know where this is going.

Oh Morrissey, you old sly petty swine. The obvious Bowie omission audibly alters the room. That split second sound that precedes booing, the one where crowds are momentarily processing what just happened, is evident in the room. There’s no doubt some people had to check their instinctive reflexes in that moment, and swallow that “BOOOOO” that jumped into position at the back of their throat. I guess they never reconciled. “All the best ones are dead” he sings in the proceeding ‘Oboe Concerto’. Quite. 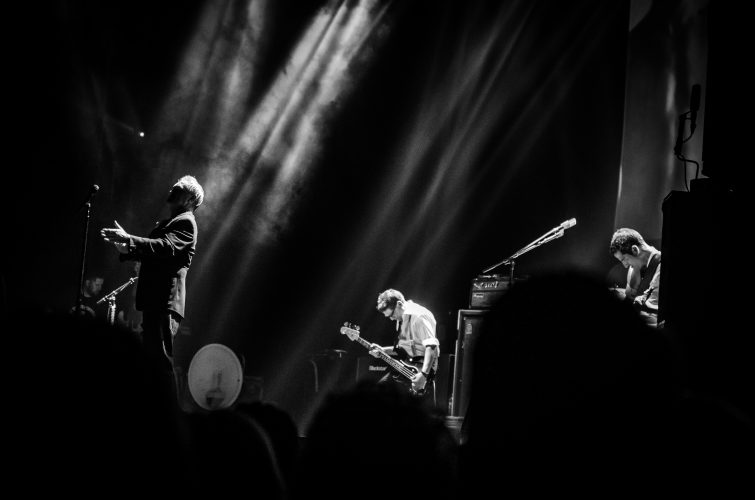 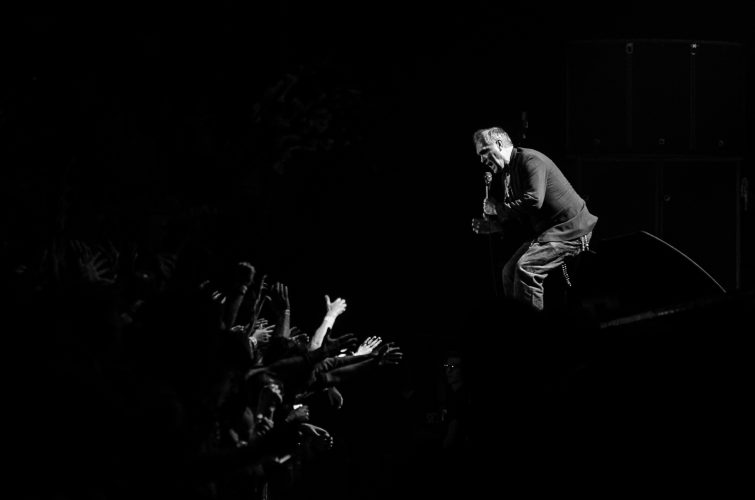 “Whatever happens, I love you.” Quite.

View all posts by Ben Carlton →