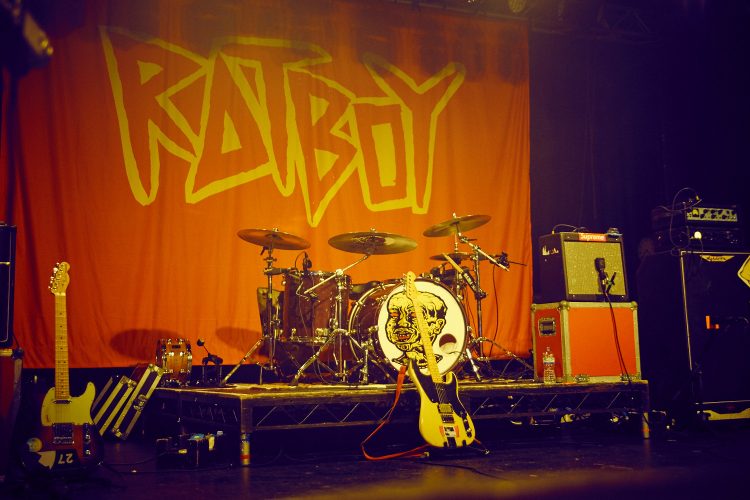 If you happened to be in Brixton on Friday night, you’re likely to have witnessed a swarm of Adidas-clad fourteen-year-olds descend upon Electric Brixton for Rat Boy’s sold out show. Although the bar staff may have had a quiet night on the drinks-selling front, besides providing for an assortment of harrowed-looking parents, that is not to say they won’t have been deprived of entertainment. Rat Boy, a.k.a Jordan Cardy, is infamous for his raucous, sweaty gigs and this was to be no exception. 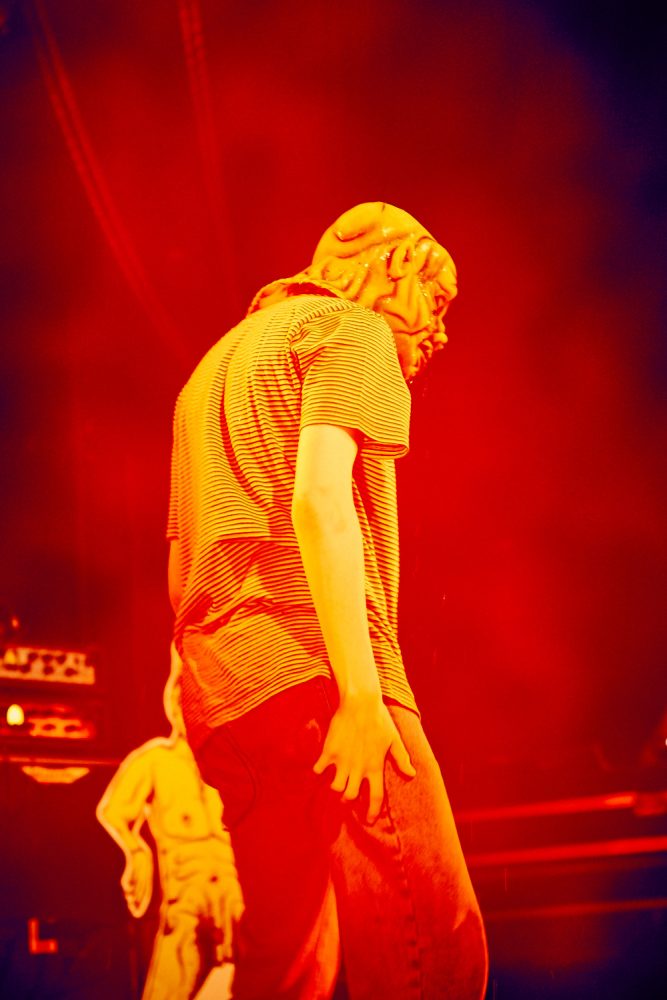 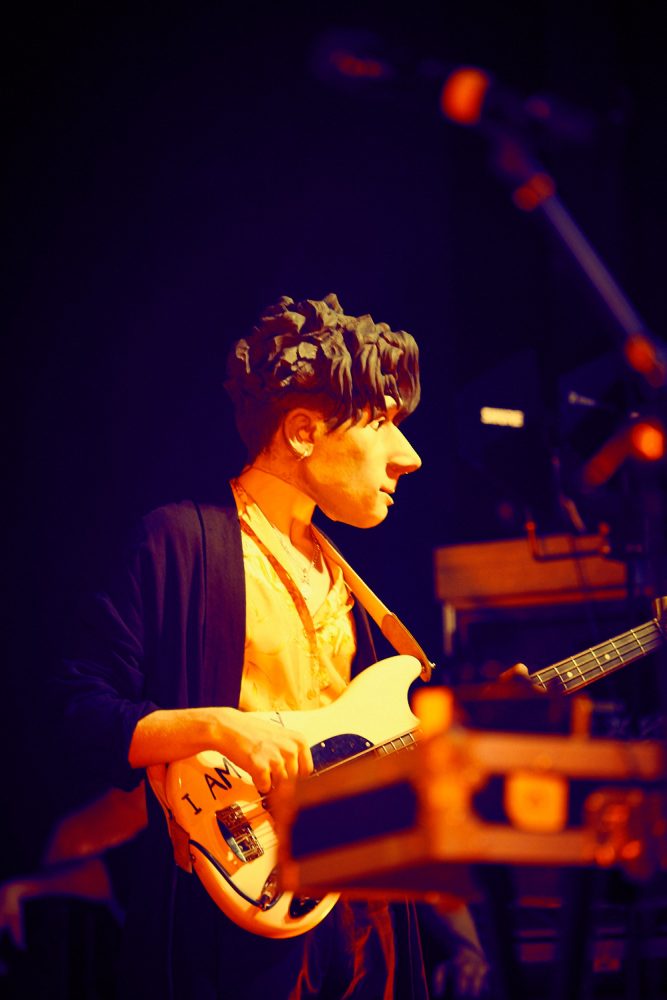 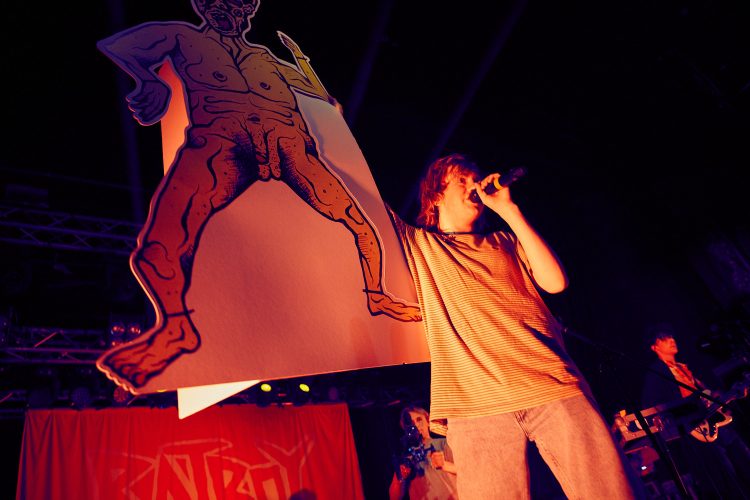 Once it was decided that the crowd was at “peak anticipation” (i.e. preemptively cheering every time a roadie popped out from behind the curtain), the stage was swathed in blue lights and ominous sirens began. When the band took to the stage they were sporting caricature-like masks and were flanked by two life-size cutouts of what could only be a tribute to Illma Gore’s portrait of a naked Donald Trump- which were later unceremoniously chucked into the audience and obligingly shredded. Of course, nineteen-year-old Cardy is no stranger to dabbling in politics as his Jamie T-esque social commentary style lyrics often touch on the general disillusion among his generation with the workings of society and ‘modern day class war’. Whether you could argue the garbled rapping about social justice over that unmistakable ska-punk backdrop serves as a draw for his obviously very young demographic of fans or that it goes over their heads (a relatively easy thing when you’re only nudging on five foot tall), Rat Boy isn’t afraid to make a stand. 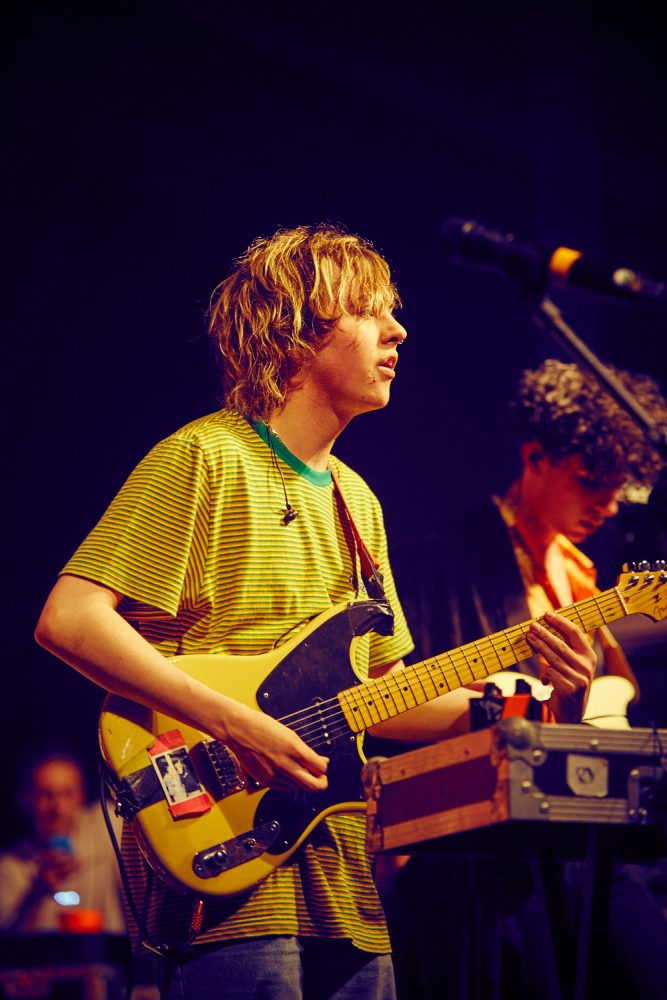 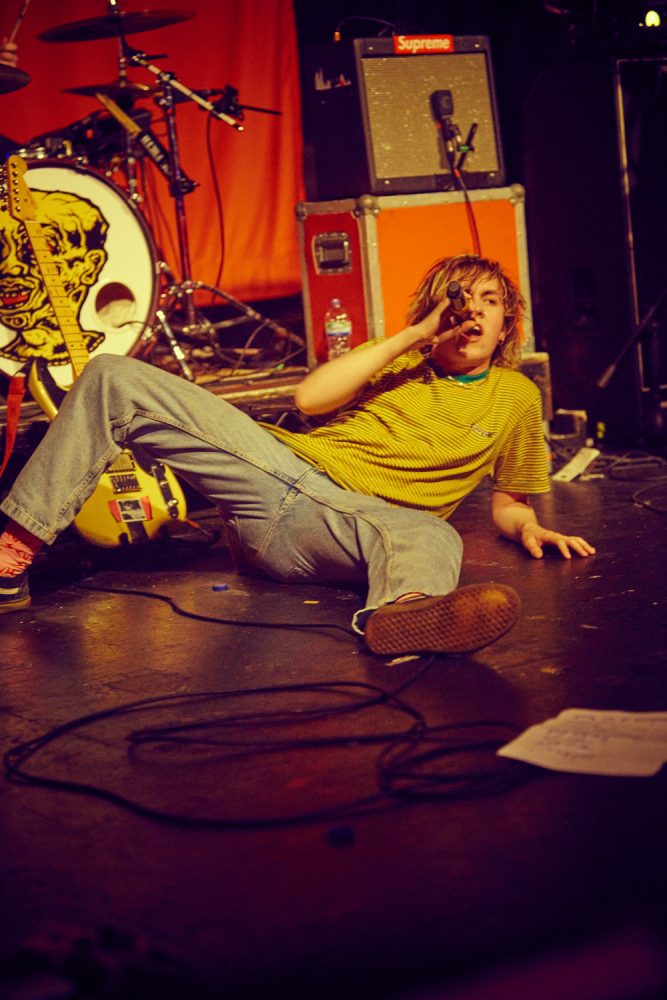 Opener ‘Move’, together with the inspired inclusion of some electronic steel pan sound effects, provoke plenty of sloppy mosh pits and set the tone for the rest of the night. One girl is spotted waving her crutches in the air with reckless abandon whilst other blatant first-time gig attendees are forced to leave the crowd in favour of safer ground. Firm favourites from the set-list included ‘Sign On’, ‘Wasteman’, ‘Left 4 Dead’ and the painfully ironic finale of ‘Fake ID’. Although some lesser-known songs don’t appear to translate as well to being performed live, Cardy is close to releasing his debut album, and hopefully with it an entire arsenal of anthemic tracks that will lend themselves to being screamed along to with equal enthusiasm. 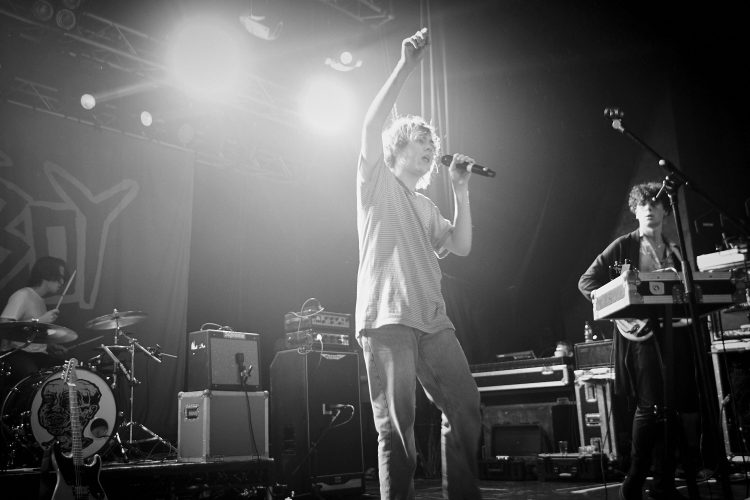 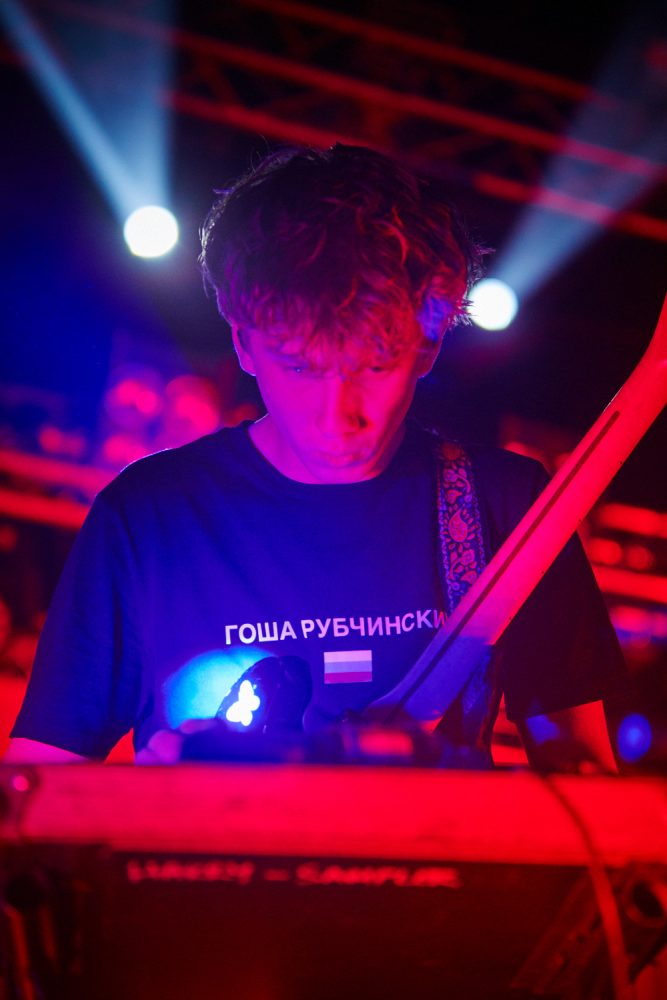 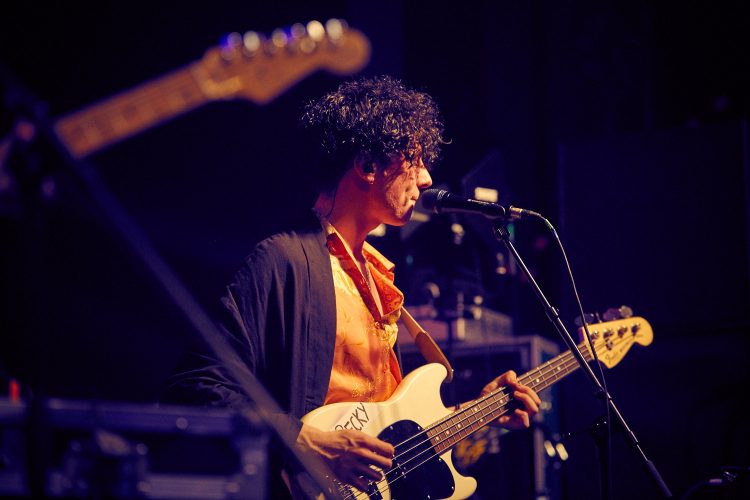 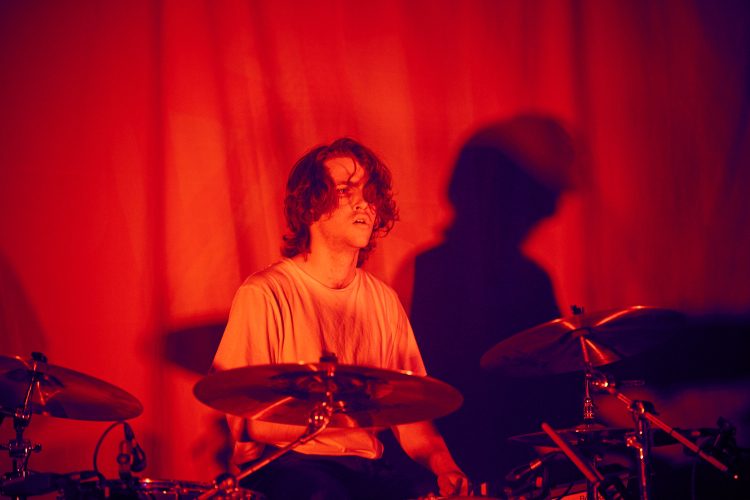