Set in the abyss of Derbyshire countryside, Y Not Festival is widely regarded as one of the best of the smaller festivals that the country has to offer. Arriving early meant that I could pitch my tent in the Kashmir camping area, where The Quarry stage (boasting acts such as Tom Vek and Best Friends) could be heard loud and clear. All three main stages are close enough to avoid tedious long walks between bands, but not too close that separate atmospheres can’t be created. 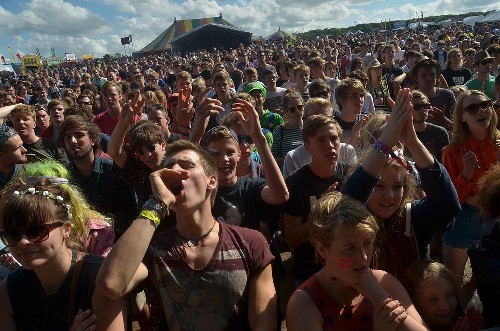 Friday afternoon saw Superfood kick things off with a fast-paced, angsty set. They had the job of waking up the crowd (many of whom had travelled from as far as Devon, I later found out)  and turning excitement into reality. Their set contained a handful of favourites such as ‘TV’ and ‘Melting’, with a few tracks from their forthcoming album which aren’t available online as of  yet. Reminiscent of a young Blur, Superfood are racing, but never rushing. Whilst Razorlight seemed to be on the tongue of nearly everybody on the site as night time drew closer, it was Yuck that I was looking forward to – and they didn’t disappoint. “Fuck the rain, we don’t need sunshine to have fun” bellows a radiant Max Bloom, oozing cool since becoming the lead vocalist of the band after the departure of Dan Blumberg. The band’s onslaught of psyched-out, shoegaze-infused tracks are effortless sounding but brilliantly composed. Covering New Order’s iconic ‘Age of Consent’ without a hint of karaoke about them, before finishing on the brilliant ‘Operation’ from their self-titled debut album. Yuck aren’t the most common band high up on UK festival bills, but this rare appearance proves exactly why they should be – a definite highlight. Spector also stood out, mainly due to a technical issue which saw the band stood on stage unable to continue to play, until their guitarist naturally starts to play ‘Under The Bridge’ by Red Hot Chilli Peppers, thus 10,000 people sing along. When Spector’s set can continue, it’s strong. Two new songs feature and stand-out (‘Bad Boyfriend’ and the single-potential ‘Stay High’), as ‘Never Fade Away’ defines a festival sing-along classic. (It’s still being sung on Monday morning when tents are being taken down). We head for a rain-induced change of clothes and catch Tom Vek‘s set from The Quarry. Friends with the aforementioned Spector, Vek creates a similar feeling within his crowd, one of community and fun. It’s good vibes only on the Friday night of Y Not festival.  Headliners White Lies sound great, but struggle to replicate the atmosphere Spector has created with a bigger crowd.

Every now and then a band well and truly blows you away, and makes you wonder what you listened to before you discovered them. That band, for me this weekend, was Menace Beach. Having heard a limited amount of their tracks on YouTube, I was excited at the prospect of more Menace Beach tracks alone, and waking up on Saturday at 10am to allow ample time to reach the front for their mainstage slot (a ridiculously early time if you ask most festival attendees) proved utterly worthwhile when their  arsenal of fuzzy, psychedelic anthems really did melt brains. Only a scattering of the crowd stand, but those who do are in amazement as one of the lesser known bands on the mainstage make their mark on English soil once more, weeks after supporting The Cribs’s on their festival warm-up shows. Beans On Toast and Catfish and The Bottlemen both impress in their respective tents, with the latter having so much control on the crowd that by the end of their set humble frontman Van McCan had the Bottlemen faithful singing along passionately to Rod Stewart’s ‘Da Ya Think I’m Sexy’… Best Friends are one to keep an eye-on, with ‘landfill indie’ being incredibly compact, a band that combines elements of Krautrock, Surf-rock and all-out pop are bound to stand out. The Wytches are the day’s best offering for me, filling The Giant Squid Stage before terrifying everybody in the crowd with unforgiving, dark psychedlia that leaves nothing left unsaid. After a ferocious onslaught of heavy songs, vocalist Kristian Bell croons “cry for me whilst upside down” in a relatively relaxed tone by his own fierce standards (if you haven’t checked them out yet, I really couldn’t recommend doing so highly enough). Their predecessors, God Damn, also warrant a mention. The (much warmer) second day of the festival ends, with British Sea Power seeing the night time in with a beautiful headline performance on their equally as beautifully assembled Quarry stage.

Sunday saw a bill with the likes of Darlia (heavy yet melodic, grunge to post-grunge tracks to which mosh pits are everywhere) Little Comets (jangly, predictable yet lovable, indie pop) and DZ Deathrays (slacker rock meets skate-punk) all impress. Yet, for the first time over the weekend, the higher end of the bill is, for me, the most enjoyable. Palma Violets come on stage to ‘Kick Out The Jams’ and, on stage, that’s exactly what they do (and they kick the occasional guitar amp too). Bassist Chilli Jesson disassembles his setup, and, in waiting for it to be fixed, dances on to co-frontman’s Sam Fryer’s brilliant guitar work – britpop hero Jarvis Cocker watches on. Frank Turner closes the Midland’s biggest party with a mix of hard-hitting emotion-packed tracks such as ‘Plain Sailing Weather’ and fun, sing-along tracks, such as ‘Photosynthesis’ “I wont sit down, and I wont shut up and most of al I will not grow up”, which is bellowed back to the self-confessed “skinny half-arsed English country singer” by 10, 000 people, at which point, it would be wrong to call himself half-arsed. The passion in Turner’s performance is the type that’s plain to see by everyone watching on, as he tells people to “have fun and make new friends” – the man himself is making himself new fans through having fun. 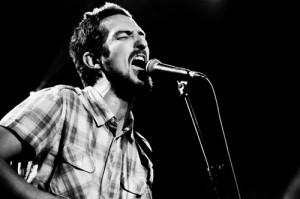 Ynot festival prides itself on being “small, fresh, loud” – all of those it is, and more. Even small features like camping areas being assigned personalities makes the experience much more enjoyable for fans, whilst artists can showcase their tracks to new potential-listeners in a great environment.